Still windy, not so warm and a bit overcast, so I've had a bit of a clerical catch-up day. PSL list updated, Mapmate up to date with garden moth records, and I'm a good way to getting a load of other stuff from this year on there too (after having put most of them on iRecord via Naturespot already, just getting them on my Mapmate for personal reference).

So nothing new seen or attempted today. I had another result on one of the sawflies from last weekend last night though. After being pointed the right way, checking through the key and looking at the right bits I had Macrophya annulata confirmed (which is what I had it down as to start with anyway). 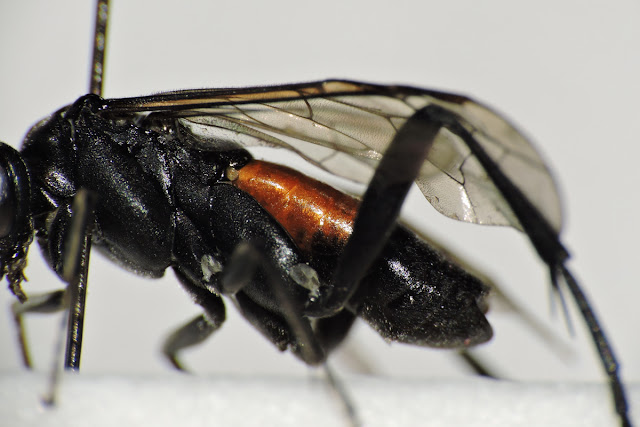 No white flecks on hind coxae, red band extends to a 'girdle' - therefore annulata, not blanda

I've also reached a major garden moth milestone. After the Luffia lapidella f. ferchaultella last month, I've been waiting for the 700th garden species to turn up. Of course I was hoping it would be something notable; maybe a scarce species in the county, hopefully a macro, even better something that I'd never seen before. And then this turned up on the Thursday night catch .... 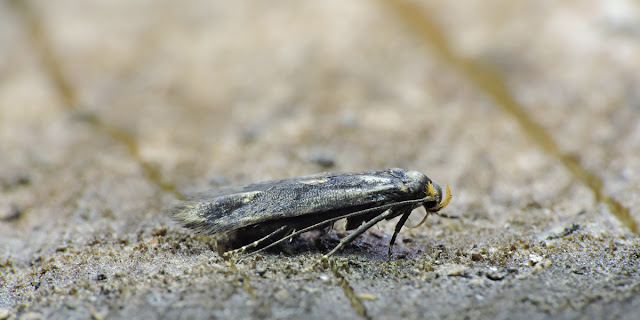 It is something that I've never seen before so that's nice, but - really - the most shabby, worn and uninspiring example you could imagine. A bald, tuftless, barely clothed Spuleria flavicaput. So my garden moth list reaches 700, and may many more turn up for however long I'm/we're here. I've got no plans on going anywhere in the forseeable, certainly before the kids fledge .... which might be another couple of decades. Not sure if mine is now the biggest garden moth list in VC55 but can't be far off.


Other moths from Thursday included these: 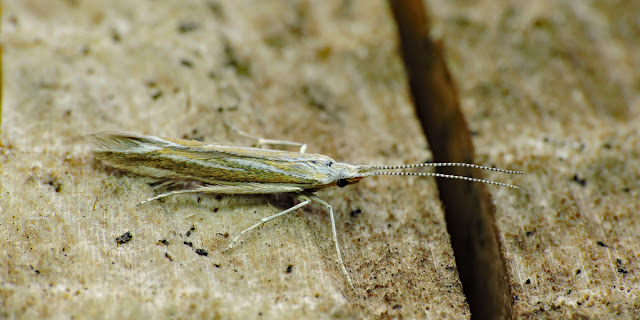 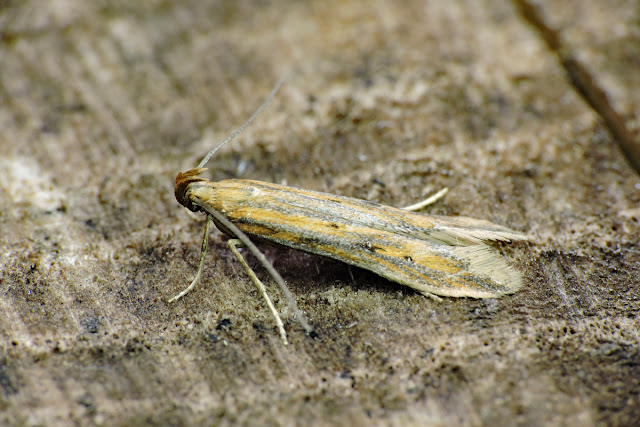 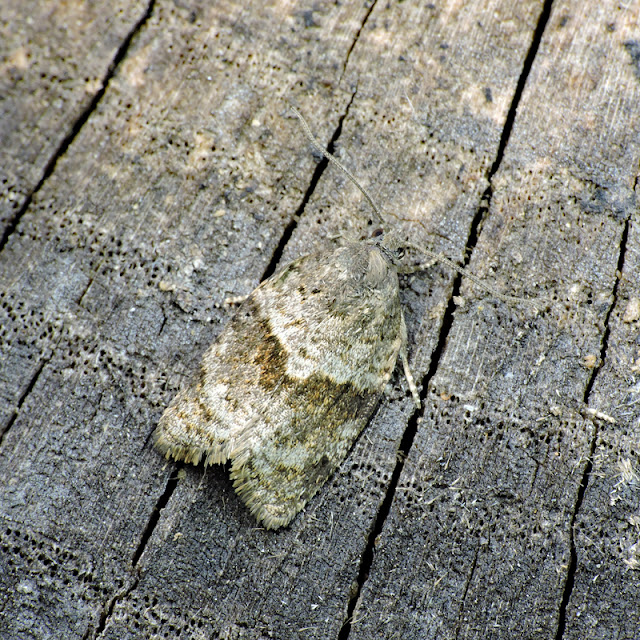 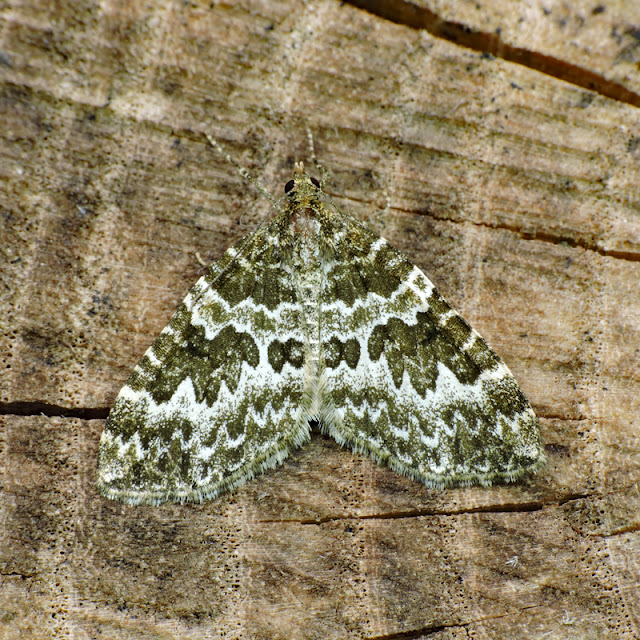 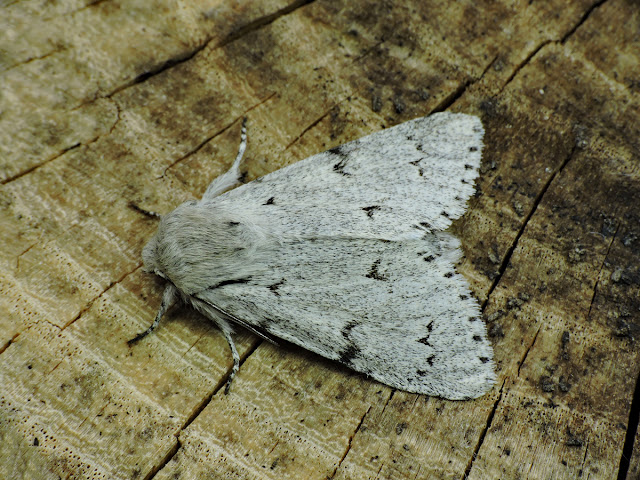 The wind has eased a fair bit this evening, though still a decent breeze and it's carm and cloudy with a touch of rain possible. Trap is out again.

Otherwise today (as you may already have seen) I have mainly been seething at the hypocrisy of, resolute contempt shown by and blind sycophancy that is the Tory leadership and press. I've sent a few pointed tweets and replies, not that it makes any difference. Fuck em all, I despise the bastards.