I like torts. My current garden list features 6032 records of 15380 individuals of 99 species of tortricidae (although Light Brown Apple Moth alone accounts for 1072 recs of 5868 inds). I had four new torts in 2013; Cydia ulicetana was the 96th species and a knackered Agapeta zoegana was the 99th, the other two were ..... 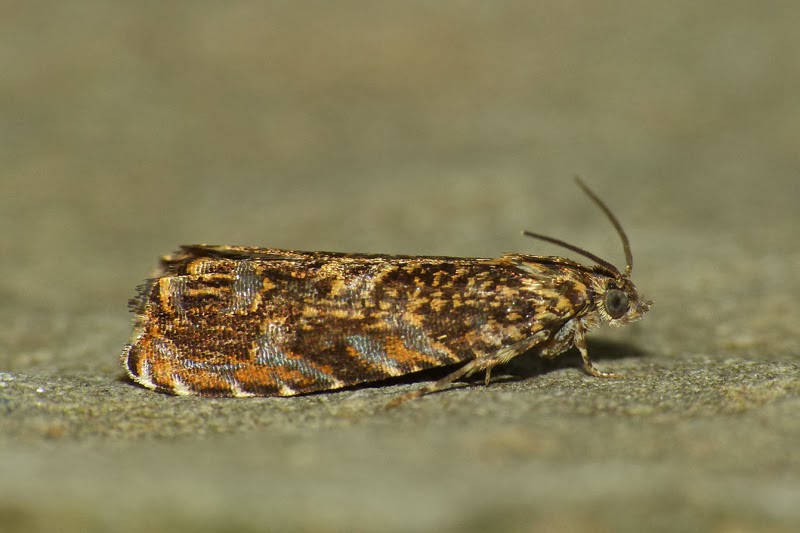 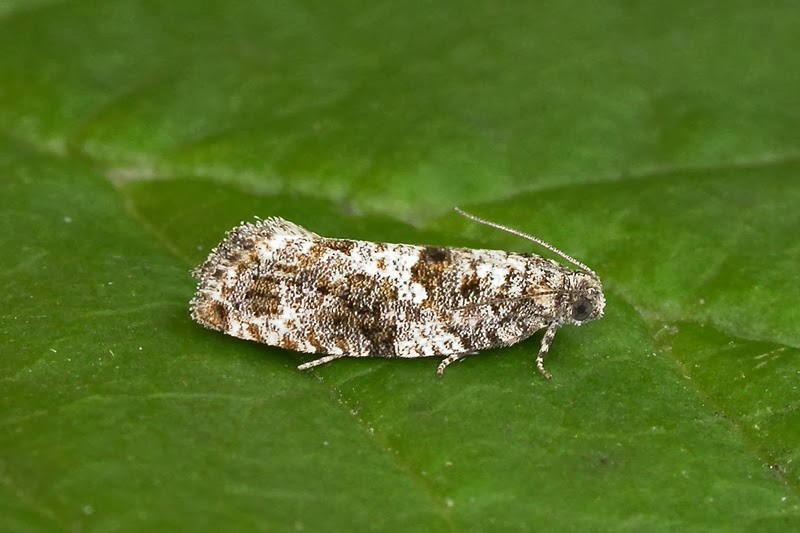 I am very hopeful that the 100th will grace my garden in 2014 - but which species will it be? I've had a bit of a look at the gaps and think that the following ten species are contenders, though some are more likely than others.

Acleris logiana and Epinotia signatana are very recent colonists that have popped up close by, the latter being one I added to the VC55 list in 2010. Gravitarmata margarotana is even more recent - both to Britain in 2011 and VC55 in 2013 (from not too far away, one I indentified) - but has all the marks of a fast coloniser and is a good outside possibility. Cnephasia incertana probably does occur, I just need to make the effort to pick a good pale one out for gen det, and Pammene regiana is perhaps the most likely on paper as there is plenty of Sycamore close by. Of the others, Argyrotaenia ljungiana is one that I expect will turn up in VC55 soon and it would be good if it was my garden first.

Predicting species that may turn up in your garden is almost impossible really, and I would not be at all surprised if the 100th tort was a complete unexpected outsider.
Posted by Skev at 17:24 2 comments:

This is a sawfly larva that I found the in the pine belt at Wells-next-the-Sea back in August 2012. Thanks to some very helpful people on a Yahoo sawfly forum, it's now identified the pine-feeder Diprion pini. Appears it's in the final larval stage before settling down in leaf-litter for the winter, and pupation at the end of winter. Always nice to put a name to something that's been lingering in the unidentified pile. 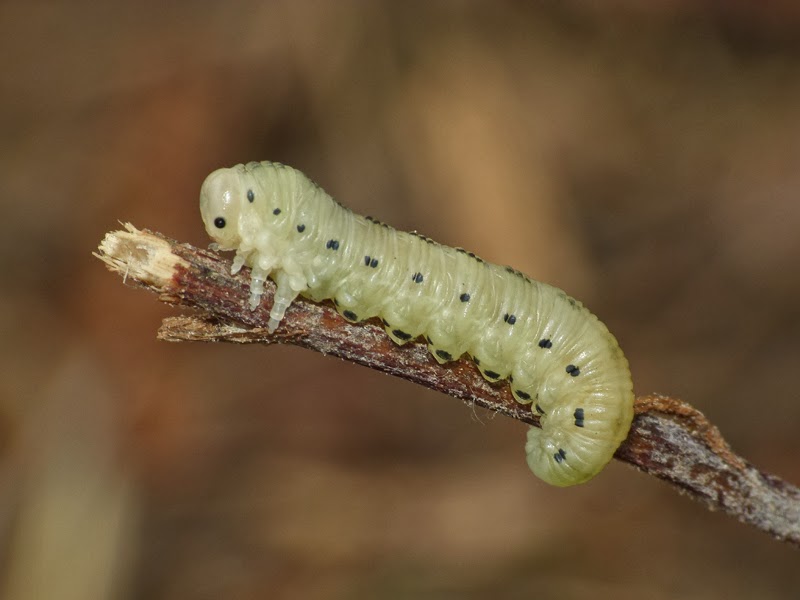