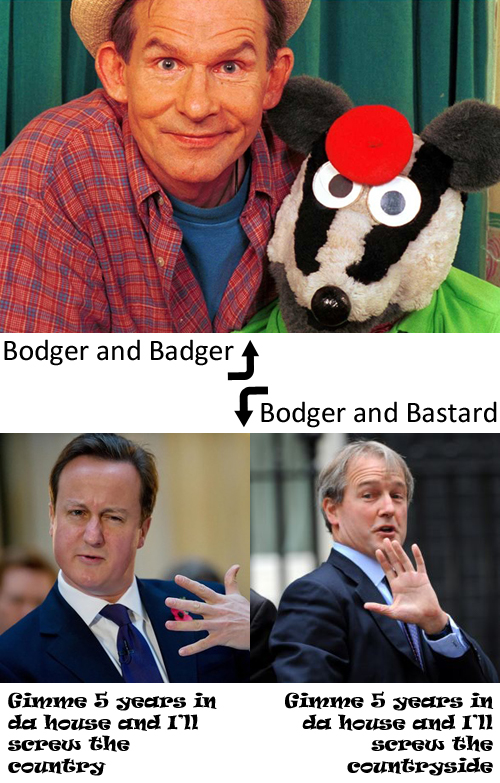 Yesterday we decided to head over to North Norfolk. 'We' means me, Nichola and all three offspring on a family outing, not me and some birding mates off to bash bushes looking for rare warblers and scarce autumn migrants. However it's hard to contemplate going to Norfolk and not lifting the bins at something avian, and so a good compromise site to visit for a couple of hours during the day at least was Titchwell - plenty of birds plus a beach and a nice walk. We'd then move on to a seaside town for some (not necessarily best of) British culture.

Titchwell has a reputation as being very 'dudey'. It is, but I don't care too much about that as I think it's a great reserve with some great birding potential, but I will come back to that bit shortly. I haven't been for c3 yrs so it was good to see the new Parinder Hide, and also new pathways opened up which I'd like to have explored a bit more. The freshwater marsh was alive with waders. Loads of them. One or two were even close enough to point the camera at. Others weren't but I did anyway. Hence here are a load of cropped dodgy shots of waders which there is no point in clicking as they won't go bigger. 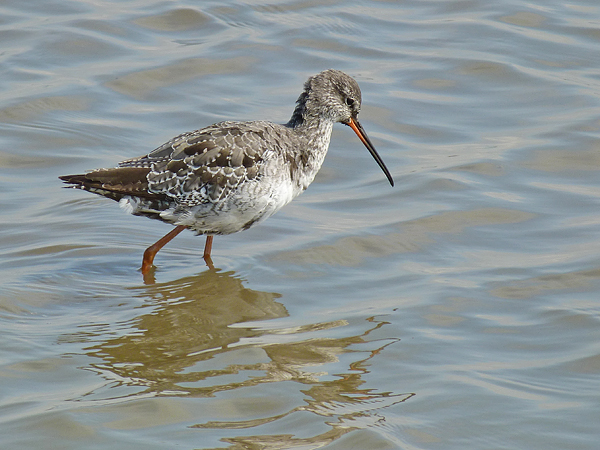 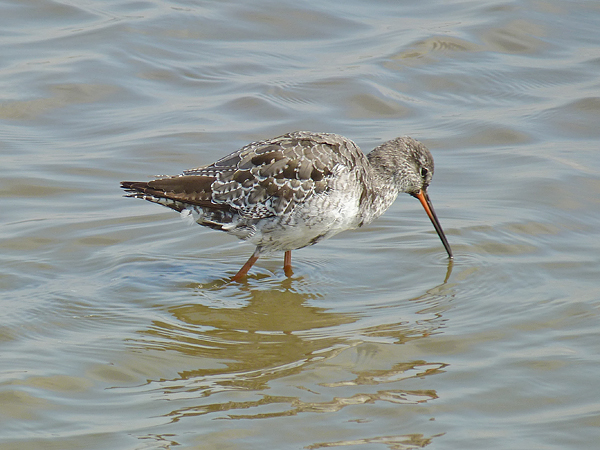 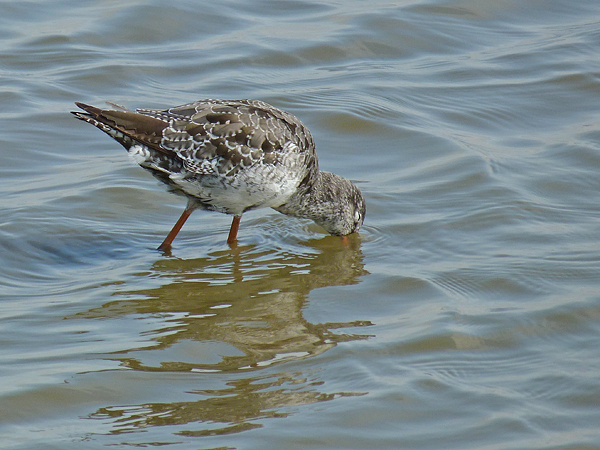 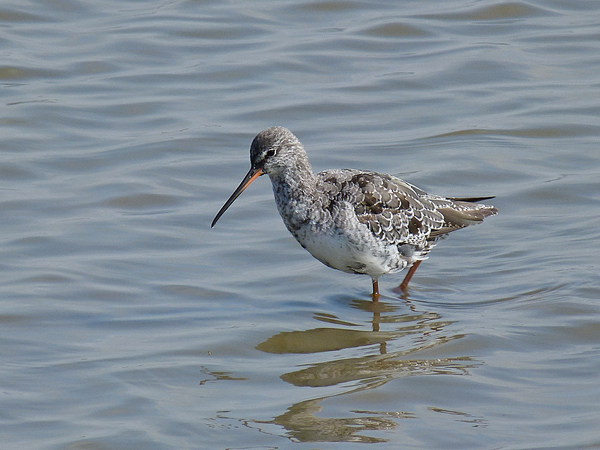 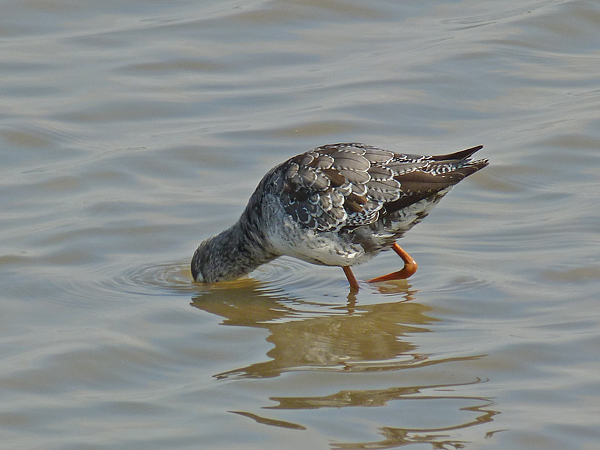 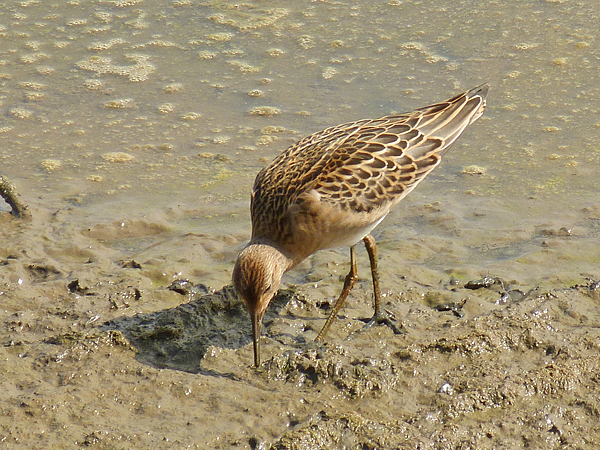 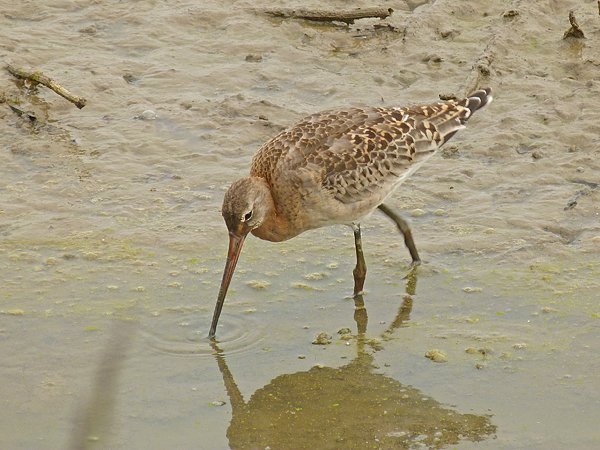 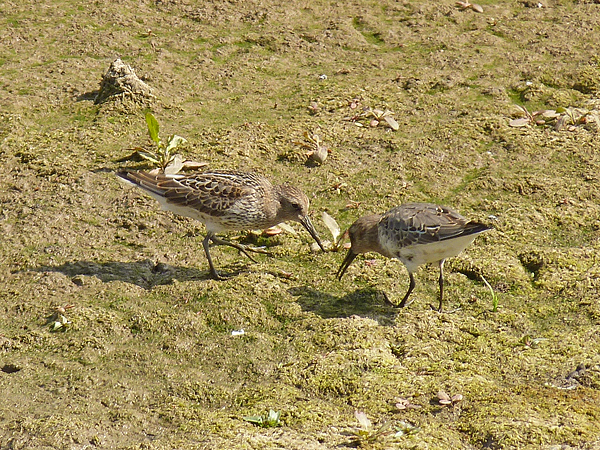 Although not apparent from these few shots, most of these species were present as both moulting adults and as juves. Also seen were Ringed P., Curlew, Snipe, Greenshank, Avocet, Lapwing, Green Sand, Common Sand and Turnstone. Best though were a number of Curlew Sands and a Little Stint. And that's when it really hit me about the birding clientele at Titchwell, and some of the visitors there yesterday.

Nobody can be immediate experts on bird ID, and let's face it waders can be difficult sometimes, especially at distance in a big group. However what I can't understand is why people can't look at birds (that are close enough to identify through naked eyes) through their optics and correlate features they are seeing to a field guide and work it out themselves. That's the only way to learn how to recognise key features and subtle differences between species. But no, much easier to sit in the hide and constantly ask 'oh what's this little one down here' 'oh really, how marvellous, I've not seen that one before' etc. I've always been prepared to offer an ID, get someone onto a nice bird etc in hides, but you just feel sometimes that it's worthless with some people who patently have no idea what they are looking at. Even worse, whilst I was trying to grab a few poxy shots with my bridge camera, there were several people with big huge DSLR/lens rigs that were no doubt getting some great shots. Just that they had no idea what they were photographing. One particular couple were happily photographing the above Dunlin, which were part of a larger group with a couple of juv Ringed Plovers, whilst wittering about trying get the Curlew Sandpiper in the same shot (ie hadn't realised there were both moulting adult and juv Dunlin knocking about). Meanwhile in the hide another couple were photographing a Little Stint and Curlew Sand together before asking what they were. 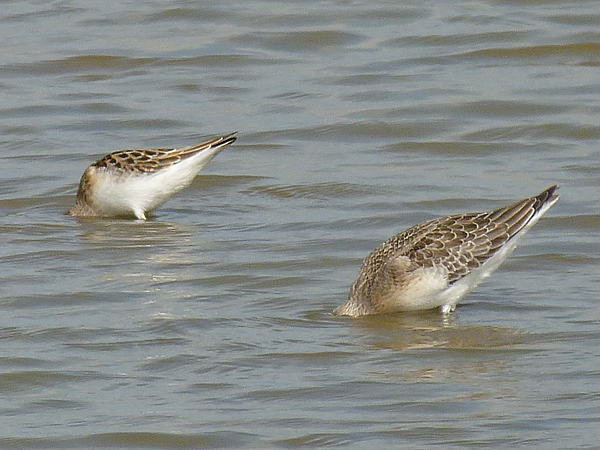 Mind you if this was the only view you got it wouldn't be easy. 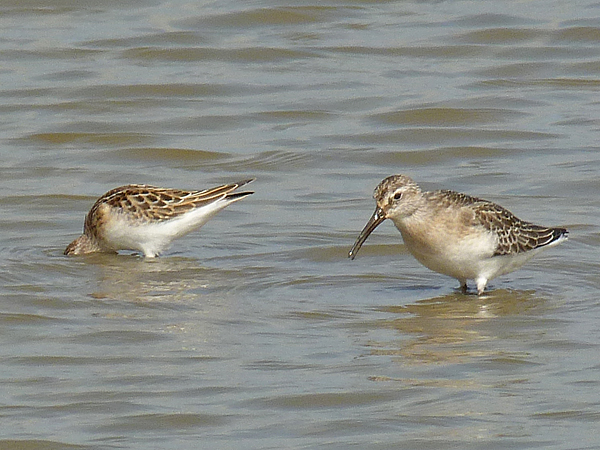 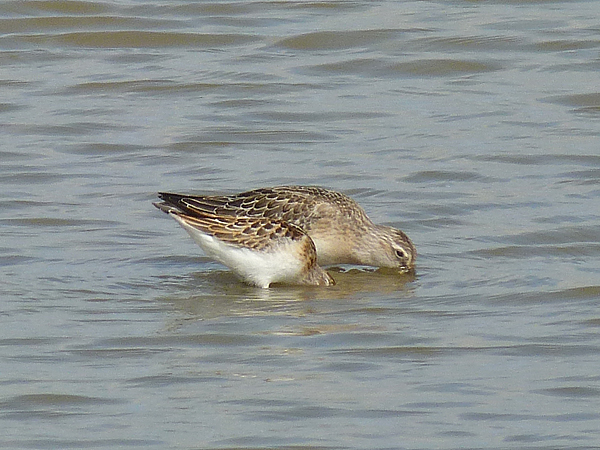 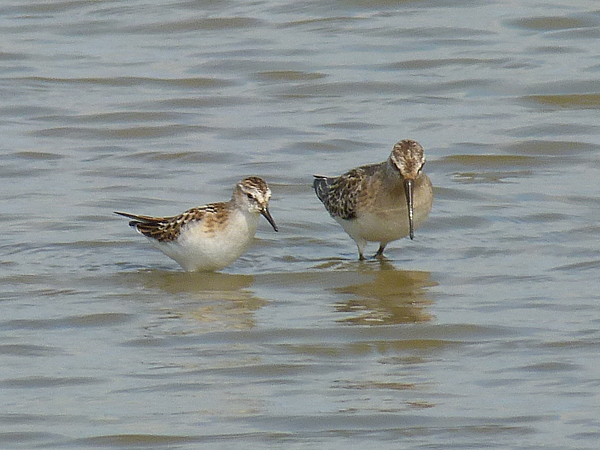 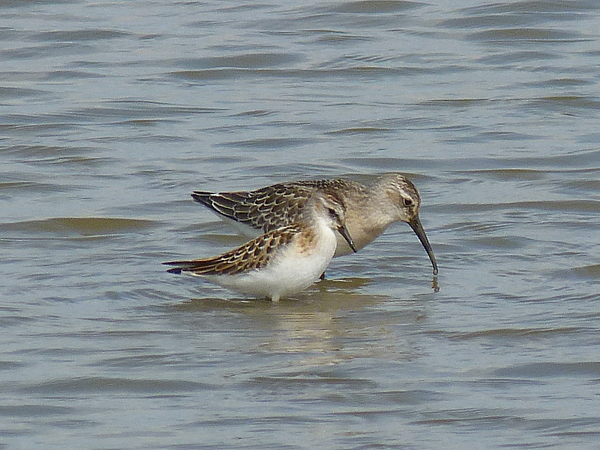 Aside from the waders, not too much else of note apart from a group of ten Spoonbills, nine of which are just about recogniseable in this distant grainy effort (which you can click for a bigger grainier effort).

Blogging on here has been sporadic at best this year. Oh, you noticed? It's not that I've done nothing or have nothing to say, more that I've been more active on other forums (Facebook since a PSL group was set-up), and Twitter as that was the forum of choice for the Foot-it challenge in January). I've also been posting updates and photos on the 1000k and Garden Moth Challenge blogs. I haven't been uploading anything to my Flickr photostream, though that's just down to time.

I don't want this blog to continue to fester in the background though, and gradually as the 2013 challenges start to wane I'll be posting on here more frequently. Probably not much point trying to catch up anything, though I do now have a lot of stuff for rainy days etc.

So recent topical stuff seems appropriate, and I'll start with some larval life. Over the years I've found and reared a fair number of moth species, some with ease and success and a few with bad outcomes (anything that needs to be overwintered is usually a bad idea in particular). I'm always pleased then when I find a larva that I've not seen before, and often they'll be common species. I found this one earlier in the week .. 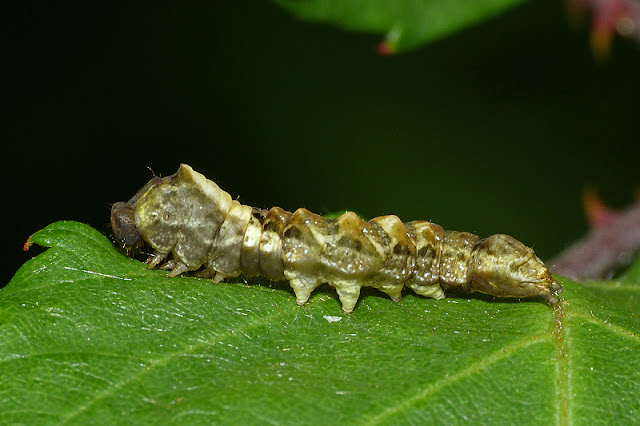 It was openly resting on bramble, and the head capsule looked a bit odd so I presume it was dormant pending an instar change. It wasn't familiar at all, so I brought it home to ID and rear through to final instar. I eventually sussed out that it was a Peach Blossom, probably c3rd instar. After a day or so it did change and ID was certain. 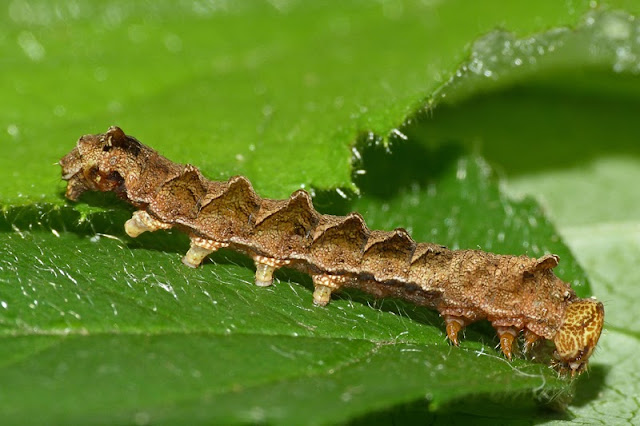 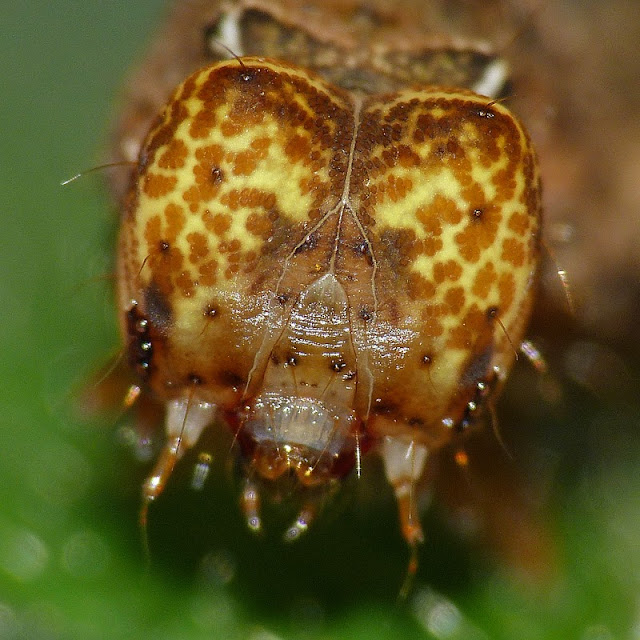 Another species I'm seeing a lot at the moment is Grey Dagger, like this final instar that I found on 9th August. This is one that I instantly recognise in later instars. 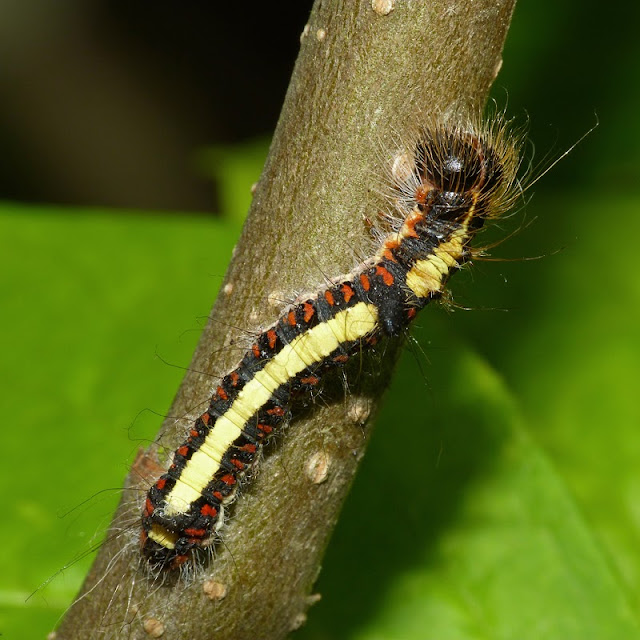 I found a very small 1st instar larva on my garden Silver Birch at the start of August and bought in to rear. It must be the slowest growing larva I've ever kept, and it is still very small. I wasn't sure what it was initially but I am now increasingly sure it is also destined to be a Grey Dagger. 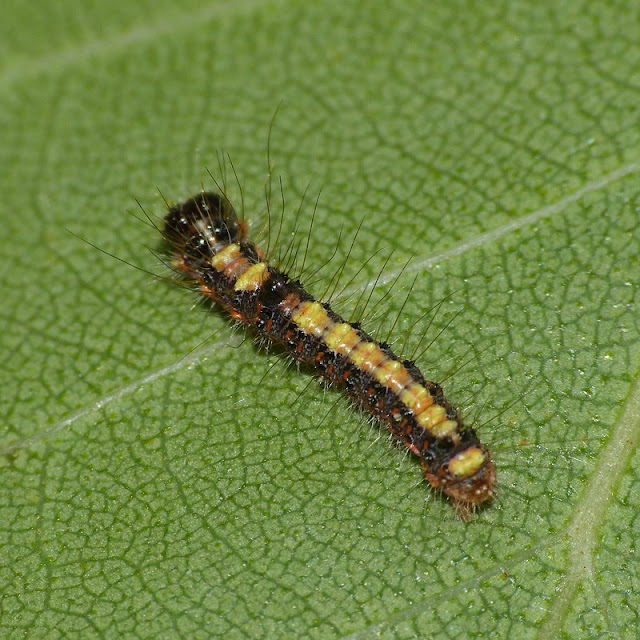 The final larva is one that I do recognise in all instars, and again I found it as an early instar on my garden birch. It's another ubiquitous species that is commonly found in the larval stage. 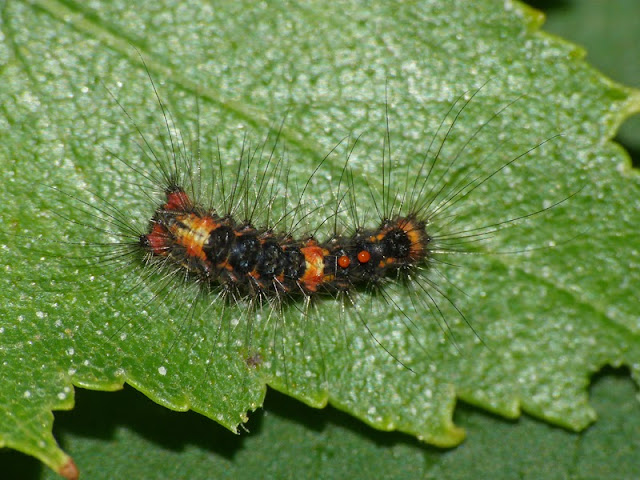 The last couple of weeks has brought a big increase in the numbers of butterflies locally, and later broods of Peacock and Small Tortoiseshell in particular seem to be abundan. Also a fair few Commas, and still plenty of Large Whites knocking about.

Garden buddleias are massively attractive to butterflies as everyone knows. We have a huge buddleia in our garden ..... actually, it is not in our garden but just fully overhangs and the trunk is next door. No idea what type of buddleia this is though; the flower spikes are yellow and the florets are in sort of balls. Whatever it is, it is very busy at the moment on warm sunny days with butterflies, bees and hoverflies. 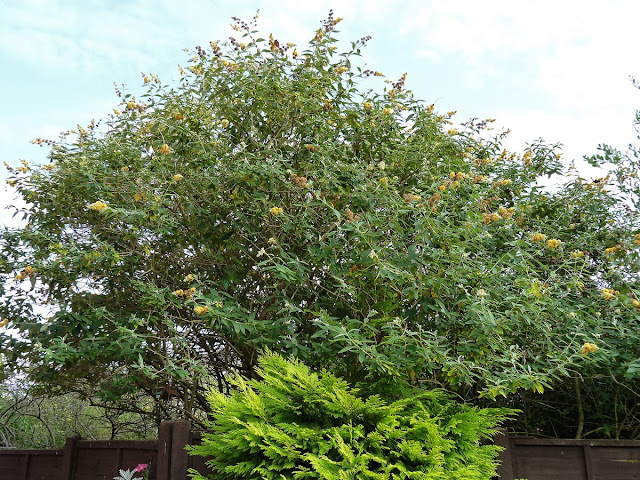 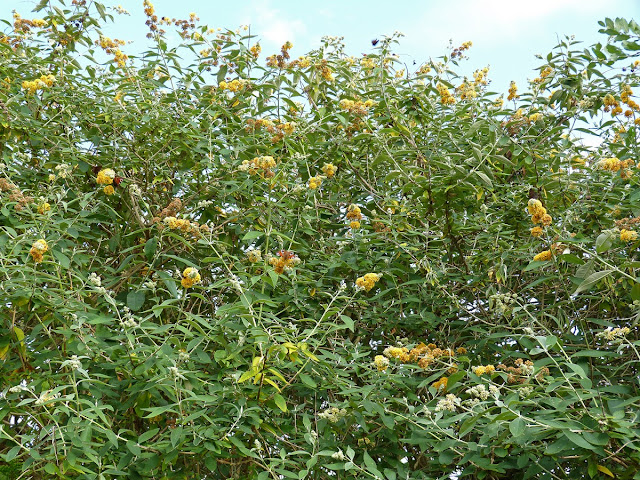 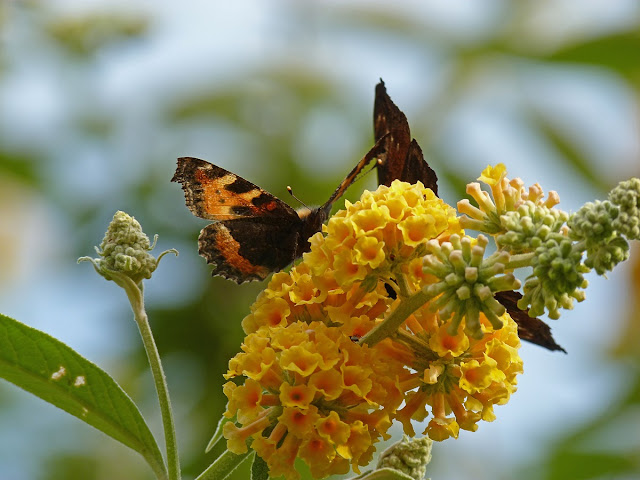 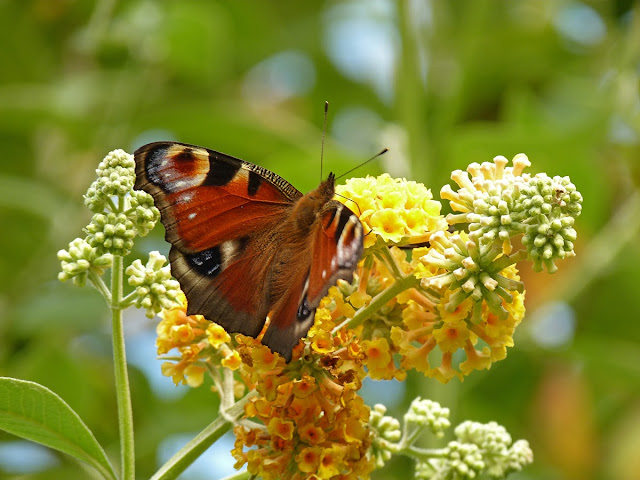 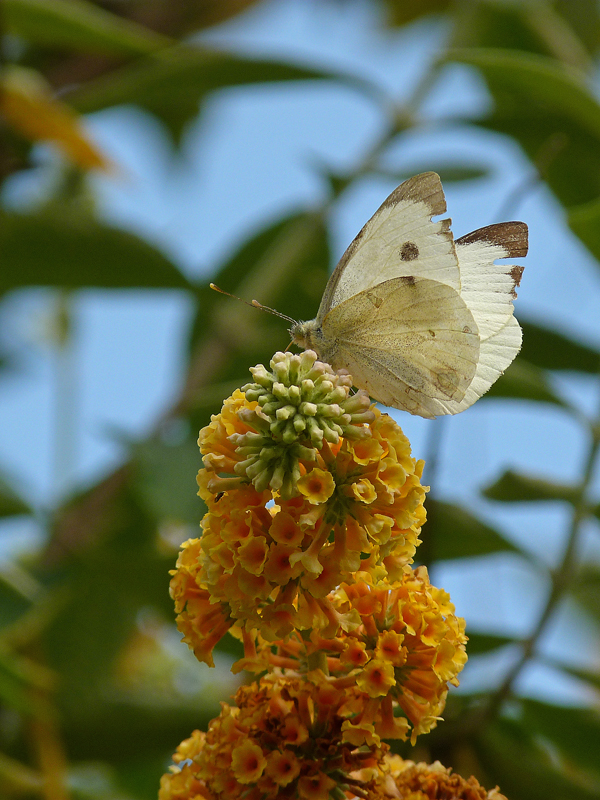 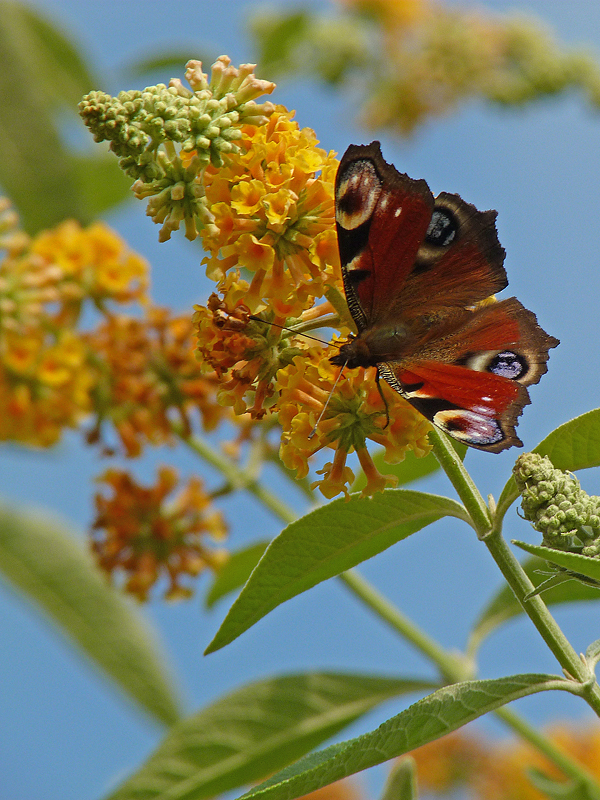 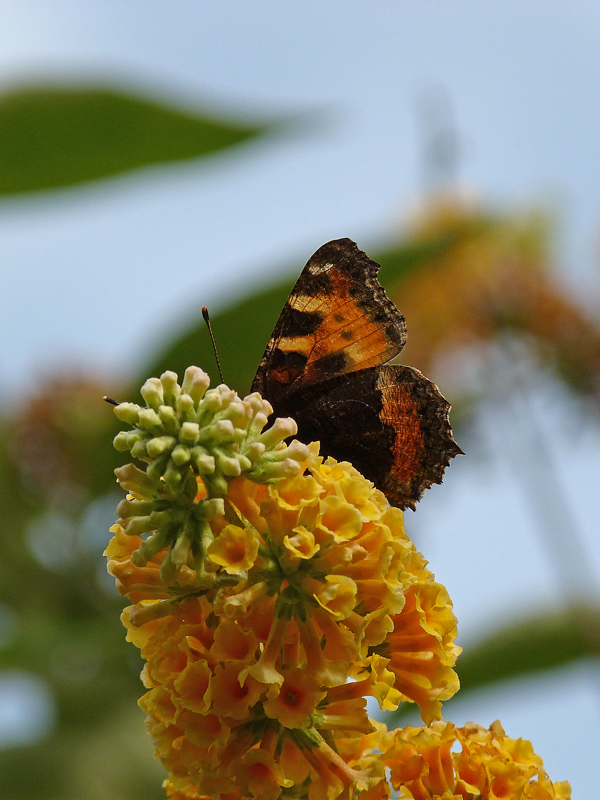 We also have a more standard buddleia in our garden, but it is completely crap. I don't know why but it remains stunted and has no vigor, and yet this plant seems to be able to grow and flourish on the most bleak and infertile wasteland without any problem. The few flowers it does have are still effective though. 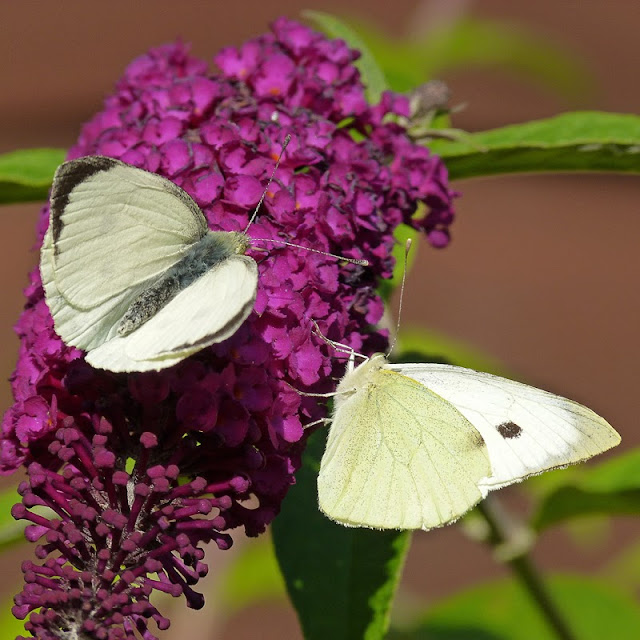 Given the upturn in numbers, and the presence of buddleia, I am surprised that both Painted Lady and Red Admiral have not turned up yet ths year. Also no Gatekeeper as yet. The only surprise was this Common Blue on my crappy plant, though sadly too brief to get a good photo in the breeze as it scarpered almost immediately after I grabbed this pants photo. 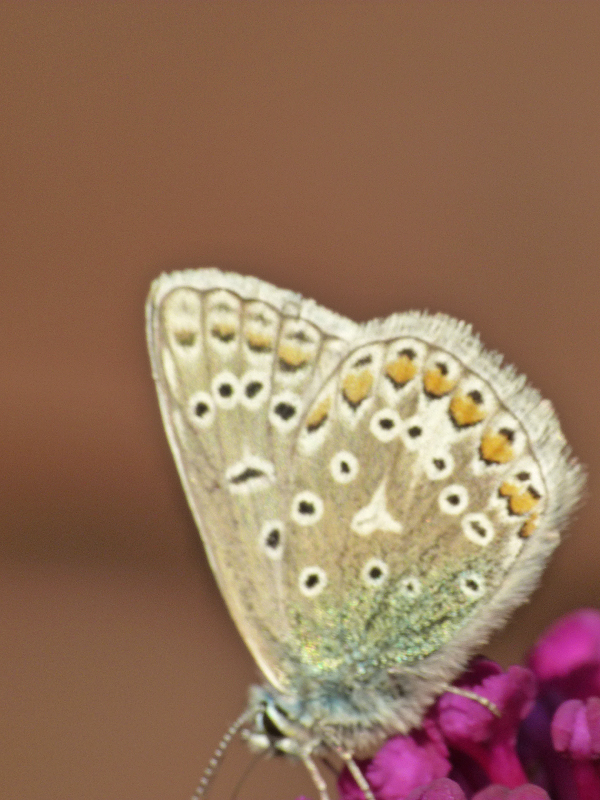