The last few weeks seem to have just drifted by, and there's been little chance or to be fair effort to get out and see stuff. Just as well the local area and garden are capable of throwing up new things.

I'll start with a garden tick bird as it's topical and fits the next photo. As I've highlighted before, there is no decent woodland or large mature parkland near to the house though we have a couple of golf courses nearby. Either way, Jay is essentially a scarce resident around here and certainly not a species I'd normally expect on the garden list. This morning I happened to wander out into the garden at just the right moment, as when I looked up into the clear blue skies I almost immediately picked up a small flock of 11 Jays flying over heading west - excellent. There is a notable influx going on at the moment with good numbers of Jays being counted on vis-migs. They're moving in from the near continent, and it is likely to be due to a large-scale failure of acorns, presumably due to Knopper Galls ...... which are these ...... 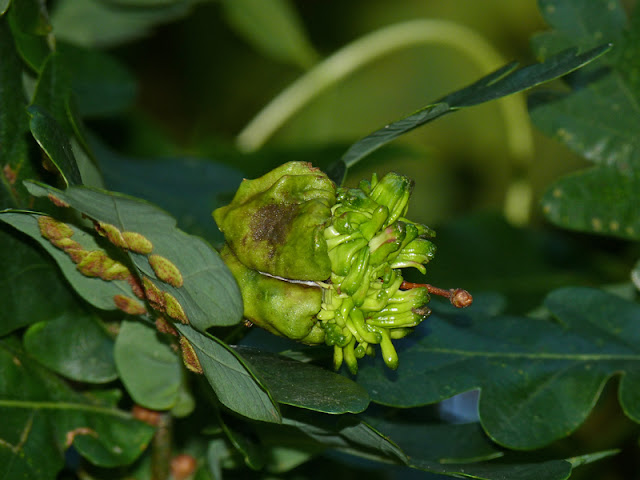 I noted these galls whilst searching a local park for a fungus that someone had posted to NatureSpot .... this one ..... 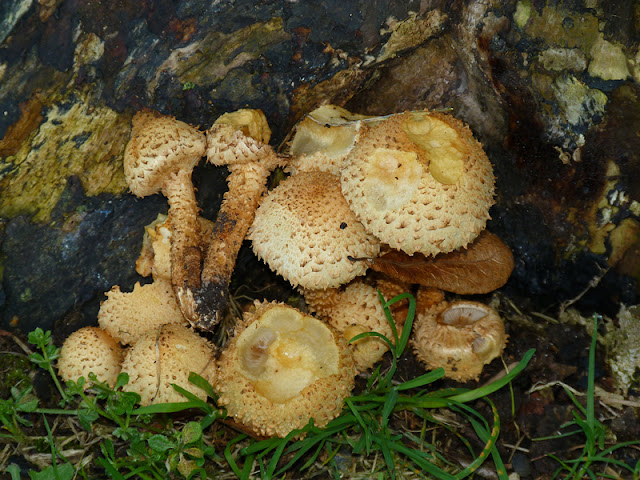 Shaggy Scalycap (Pholiota squarrosa), Whetstone 29/09/2012
As you'll notice if you clicked the link, I actually found the same specimen - I twitched a fungus ... no idea what's been nibbling at it though

Otherwise, here's a few inverts from around the walls and garden at home ....... 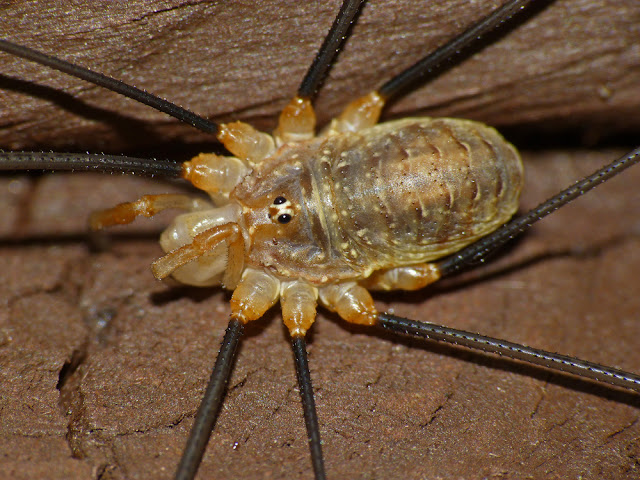 This large harvestman was on the garden shed - it's Opilio canestrinii 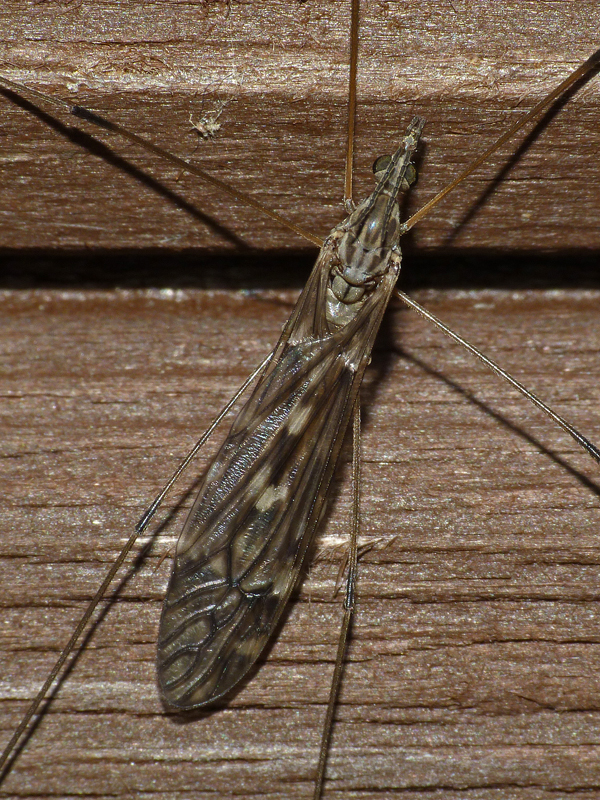 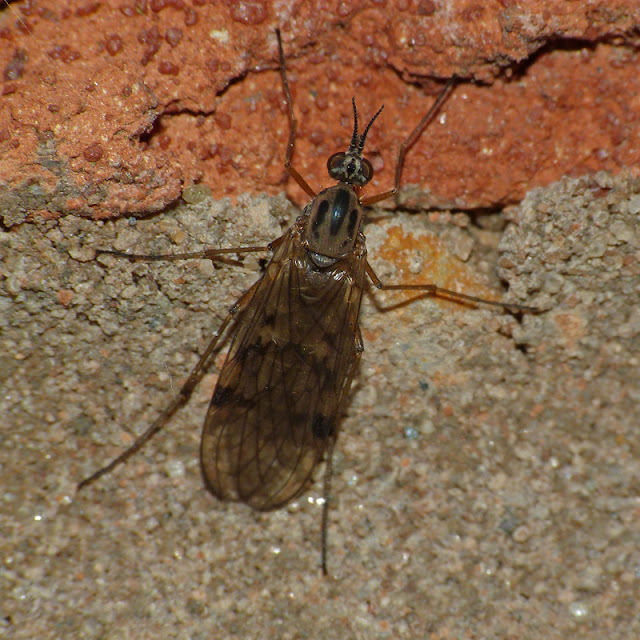 Pretty sure this is the wood gnat - Sylvicola punctatus 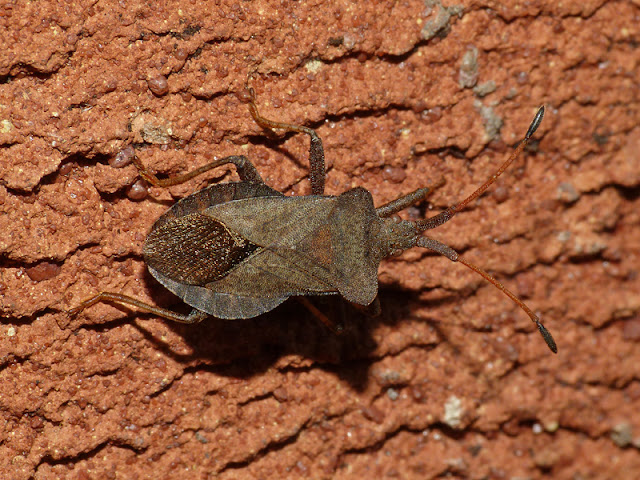 I've noticed a couple of different Staphylinids around the garden lately. The first one here is c16-18mm and has a distinct bronzy-green metallic sheen which I just can't capture using flash or in bright sunlight - hence the frankly shocking photo which does show it a bit .... 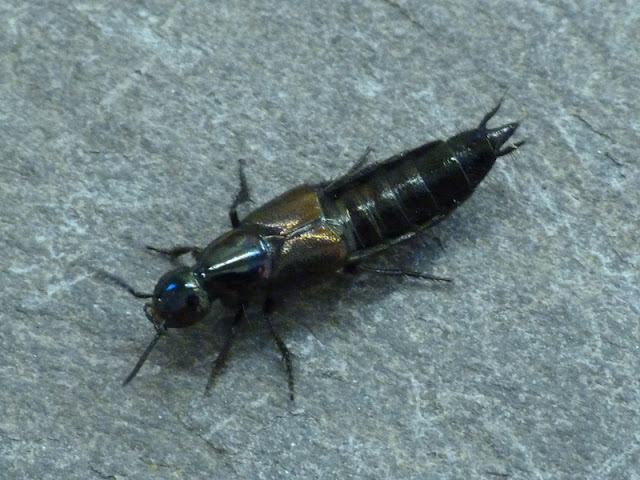 This one is smaller (c11mm) and blacker but with brownish elytra ... 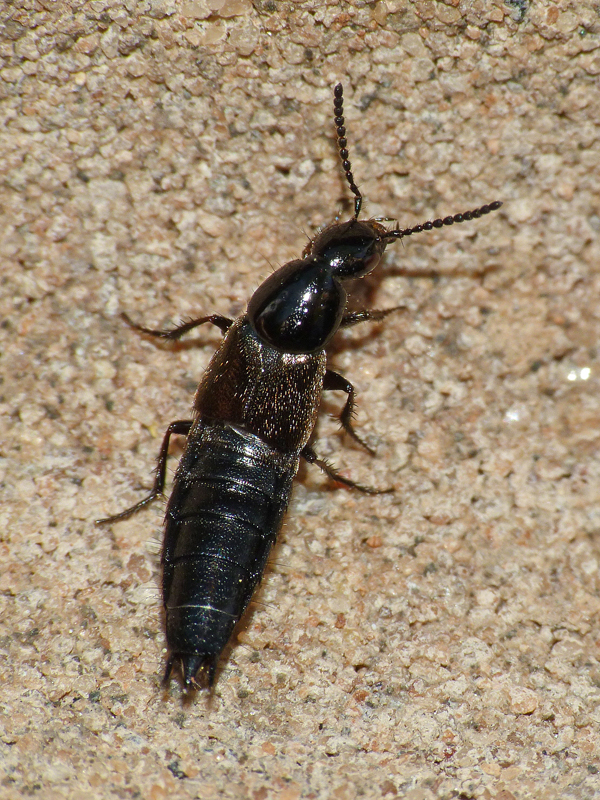 I'm sure it's another Philonthus sp. - not sure which one
Posted by Skev at 23:01 No comments: