Whilst I've not been running the garden trap, a 20W actinic light left on in an old outdoor light fitting is bringing in a few early moths (including Early Moths) and these two: 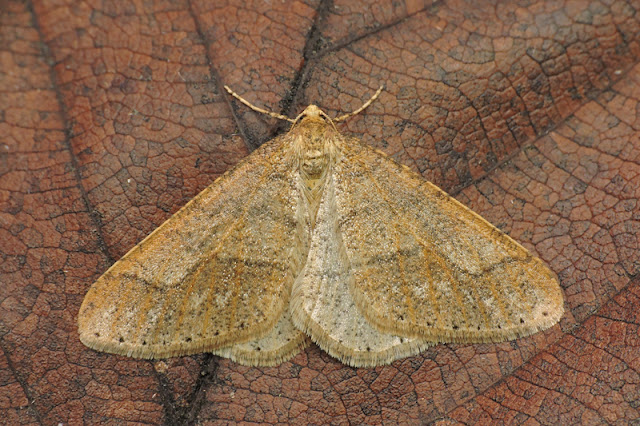 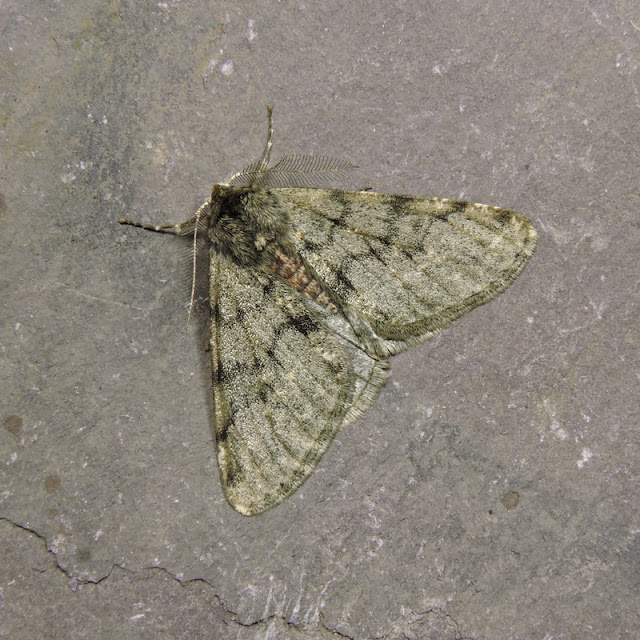 Yesterday was mild and dry, and the forecast looked well worth a punt out with a couple of moth traps, so I spent a good couple of hours trying to get my gennies running. They've not been run for well over a year (maybe two!) and had been left in the shed with fuel in. They've never been properly maintained, but despite the abuse I always seem to get them going without too much effort. Yesterday was different though, and in the end I had to admit defeat and go to the trouble of completely draining the fuel out of the carb and tank, and then topping up with freshly bought fuel with an engine cleaning additive and some fresh 2-stroke oil. Spark plug was already clean anyway, as was the air filter. So another couple of pulls with fresh fuel and the oldest cheapest gennie was running again - result!

I headed out to Misterton Marsh, and had no intention of giving it more than a couple of hours in the early evening. I ran an 80W actinic and a 125W MV - and in then end I had 12 moths of 4 species: 1 x E. monodactyla, 1 x Early Moth, 8 x Pale Brindled Beauty and 2 x Chestnut. All were in the 80W actinic except for 1 PBB. I potted a couple of the latter for shots, and with the darker individual from the garden they show a good range of variation .. 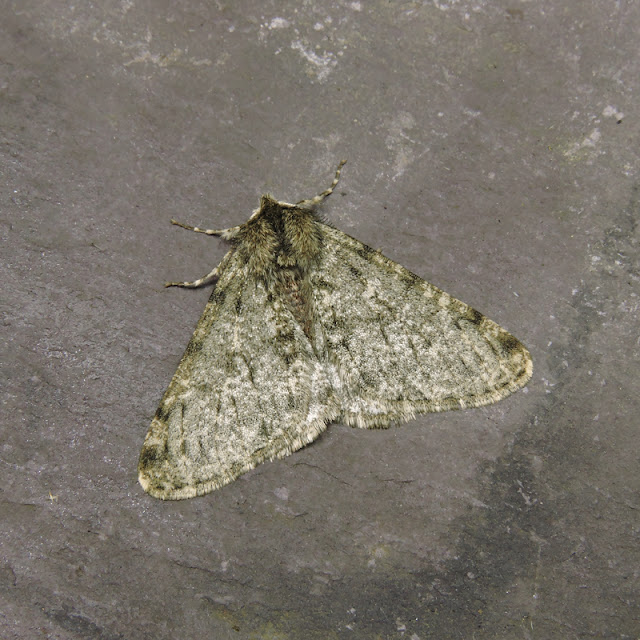 So yeah, I've been busy/distracted and done nowt worthy of bothering the blog about.

I have sorted out all of my 2017 garden moth records (381 species including 17 additions, garden list up to 684). I'm also just about finished putting together a garden moth report, quite some time since I last bothered. I've not run the garden traps since November, but I have stuck a 20W actinic CFL into an old outdoor light fitting that was still live and conseqently I've had one or two moths so far this year. Mostly Winter Moths, but also a Scrobipalpa costella and then last night a couple of surprises.

Conditions were far from good, not too cold but certainly not unseasonably warm, fairly still but a quite dense fog early in the night. Quite a surprise then to find two Early Moths and a Grey Shoulder-knot resting on the wall under the pale blue glow of the actinic. Trouble is that it is pitch black when I go to work and the same when I get home, so these are compromised shots using the daylight bulbs I have. Doesn't help when both moths were not playing ball ..... not much use putting winter-flying moths in the fridge! 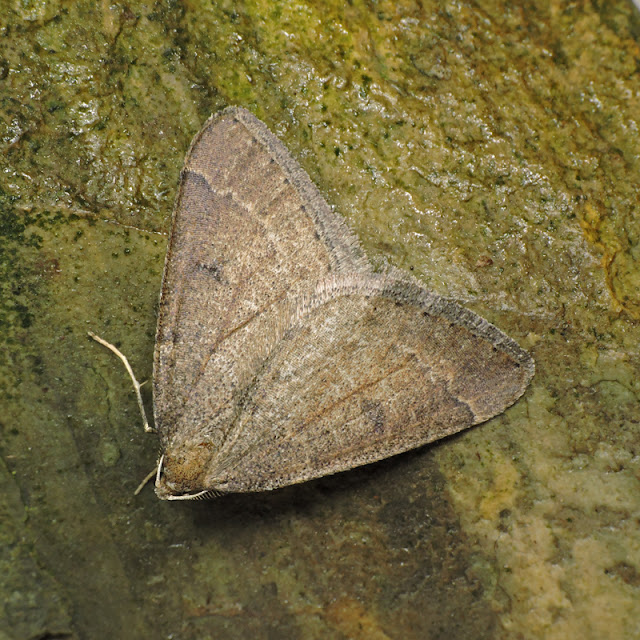 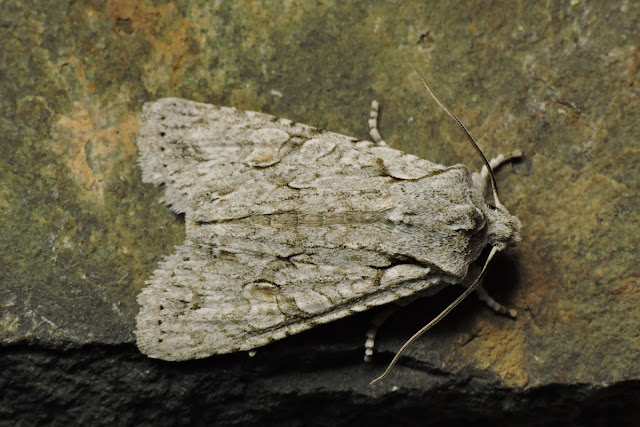