Back working today. At home, in 'the office'. To be fair, it has forced me to be a bit more tidy on the desk as it's rotating between workplace, microscope lab and pinning station as well as general PC use. By mid-afternoon I'd had enough, and wanted to get out into what was another blistering day.

I stayed local, and headed over to Huncote Embankment which surrounds Croft Quarry. I took my net, but I was more intent on getting to the pond to have a look around. 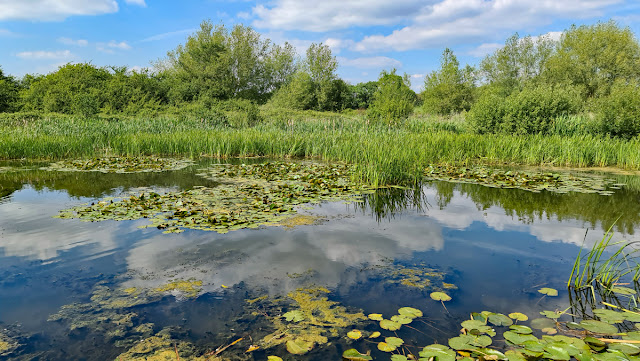 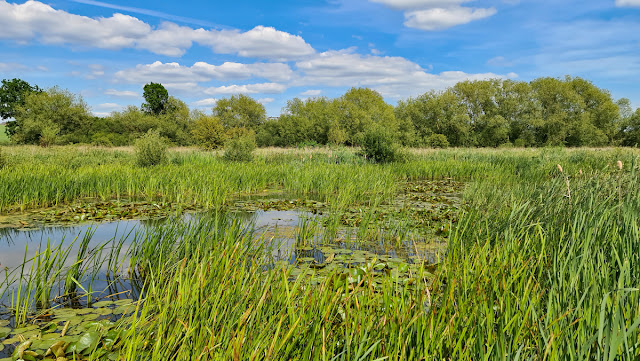 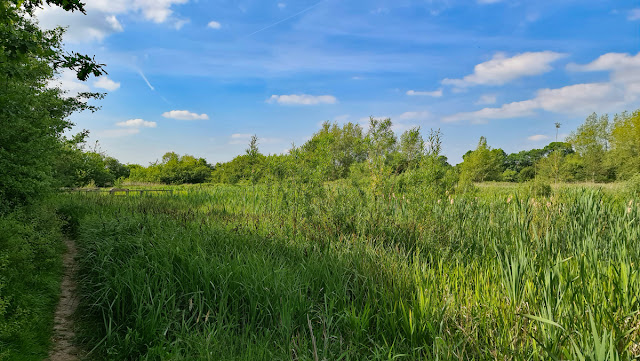 A few people around, mainly local kids, but space and distance very easy throughout. Turned out to be a cracking couple of hours, relatively peaceful and nice to see and hear all manner of stuff.

As soon as I got to the edge of the pond, I could see that there was a large shoal of Minnows in very shallow water at the pond edge. No idea why, but they seemed content - here's a tiny fraction of them. 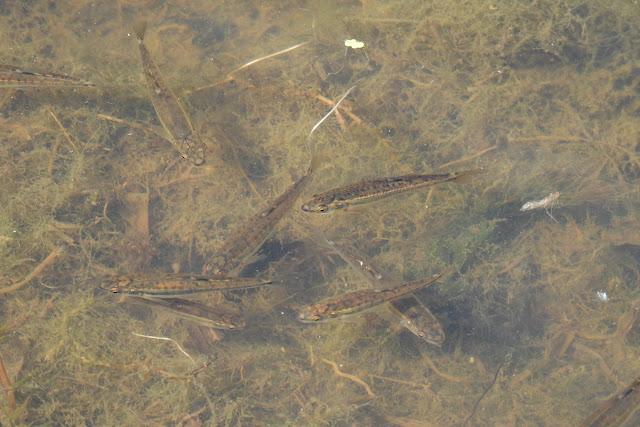 There were also plenty of damselflies and the odd dragon. Another good chance to see what the P950 could do whilst substantially socially distanced from the subjects. 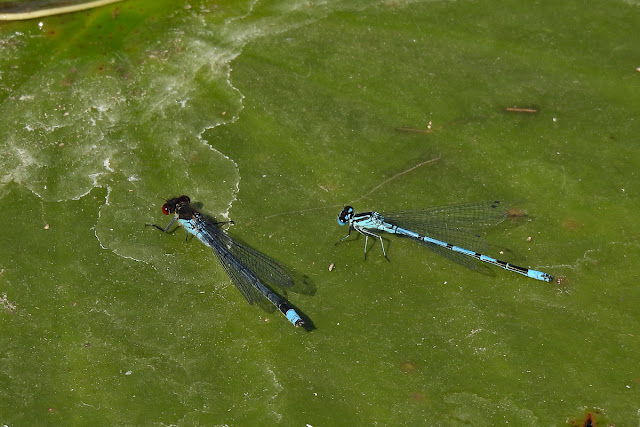 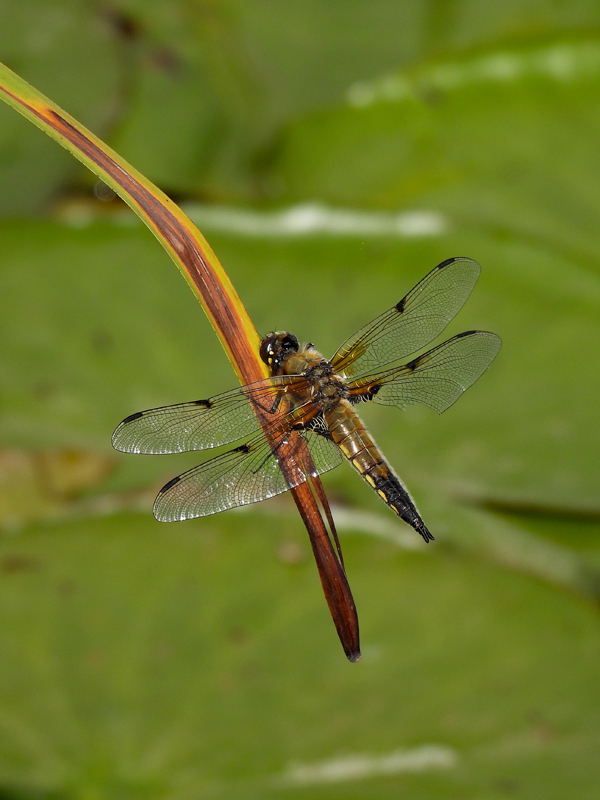 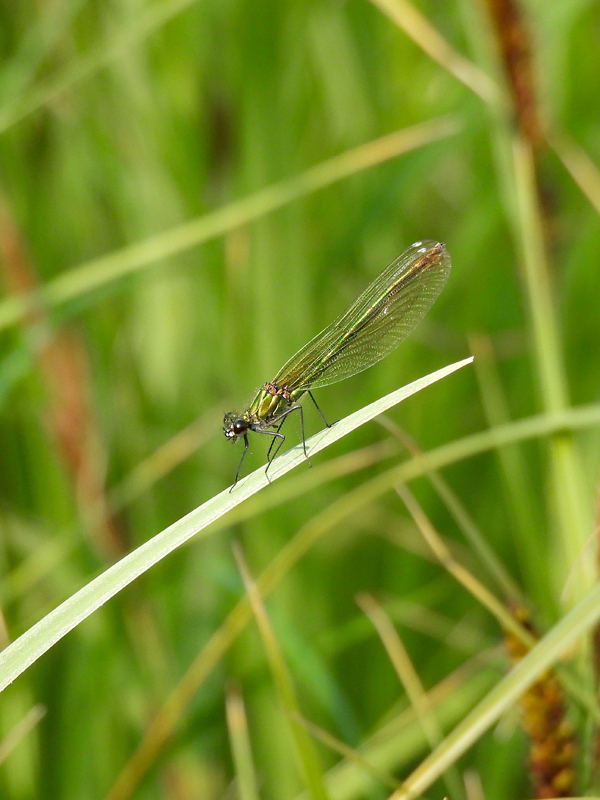 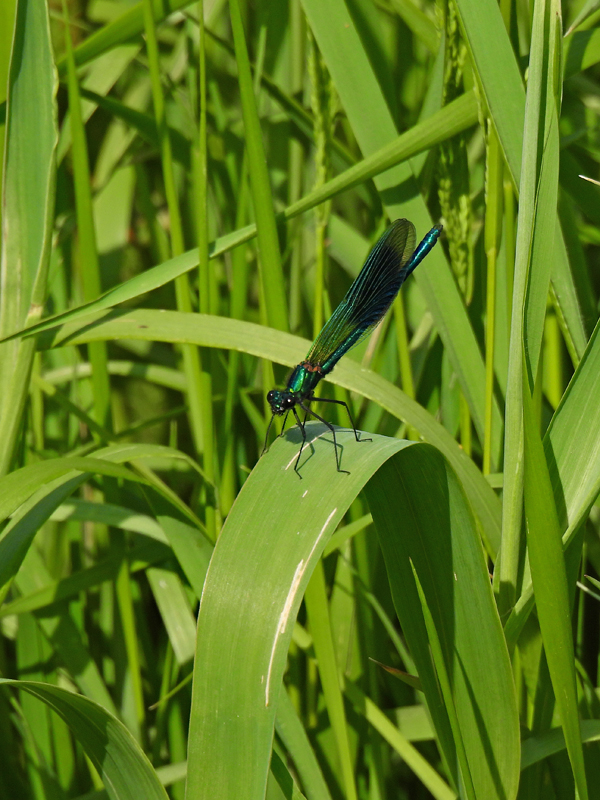 Whist pointing the camera at odonata, I became aware of a blob in the middle of the pond ...... 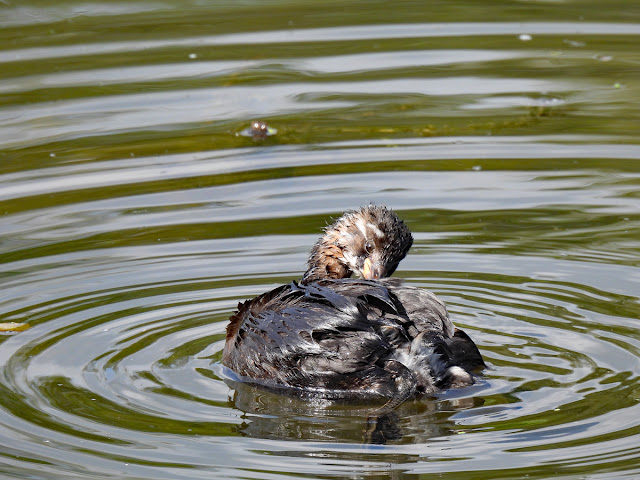 Really nice to see a juv Little Grebe out in the open, rather than the usual glimpses of adults in their breeding finery (or distant blobs on open water in winter). I have seen breeding Little Grebe on this small pond before though so not a massive surprise. No sign of an adult whlst I was there.

This juv was constantly active and alert, but not acting like a typical adult would. Once it saw me it carried on like nothing had happened. I was also struck by how on the one hand it looked quite smart with the juv markings on the head, but quite manky and greasy looking on the rest of the plumage like it wasn't yet waterproof. More Little Grebo than Little Grebe. I'll come back to that. 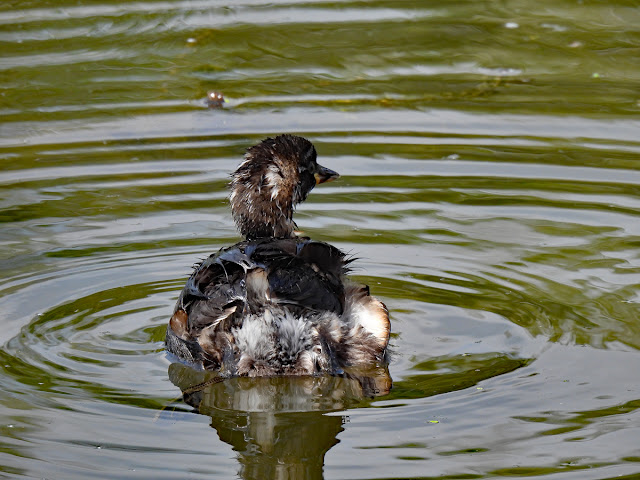 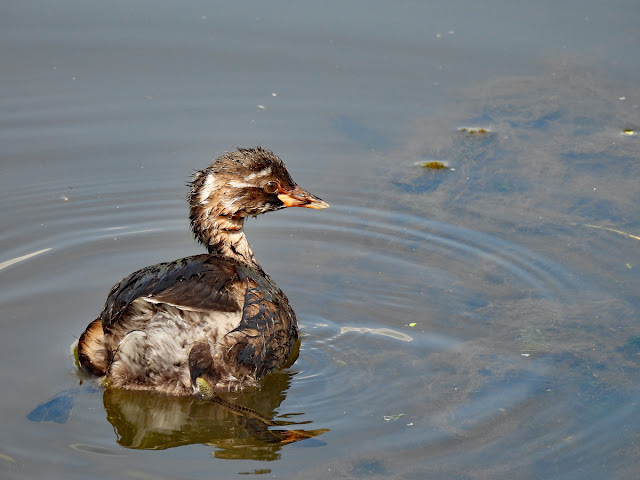 I also wondered when Little Grebes learn to act like Little Grebes, compared to the probably similar aged juv Mallards that have clearly learnt how to be Mallards very quickly by gathering at the nearest point to the boardwalk where they can be offered bread .... 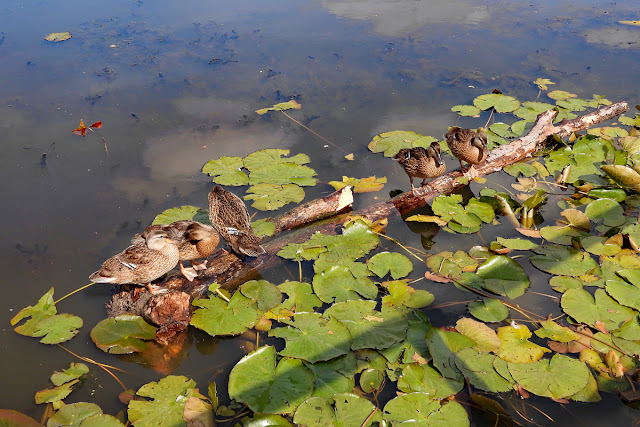 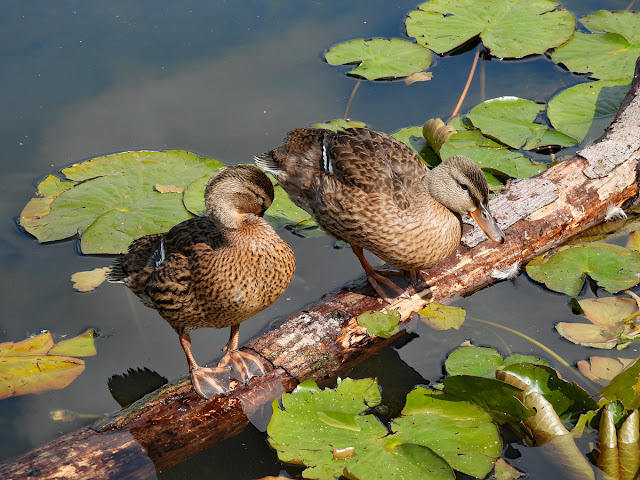 I managed to point the camera at a couple of other birds around the pond .... 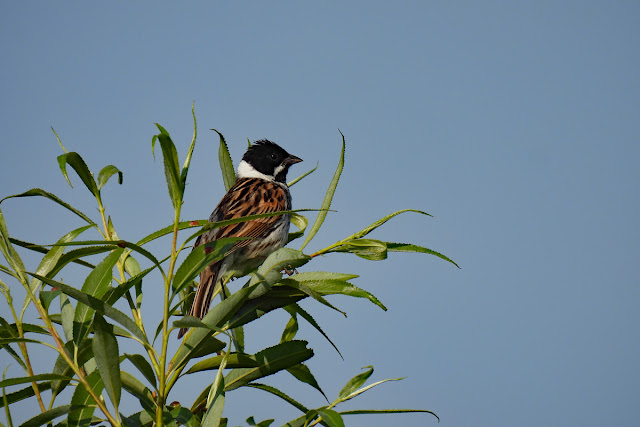 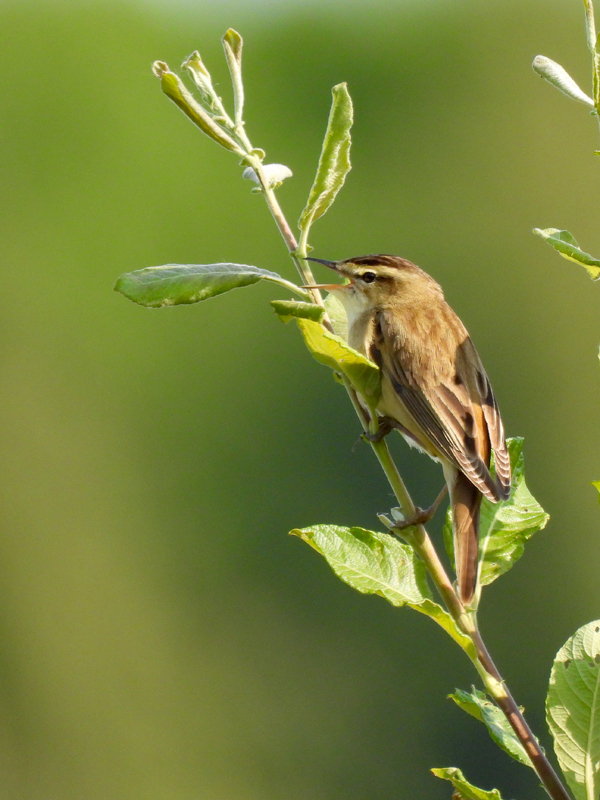 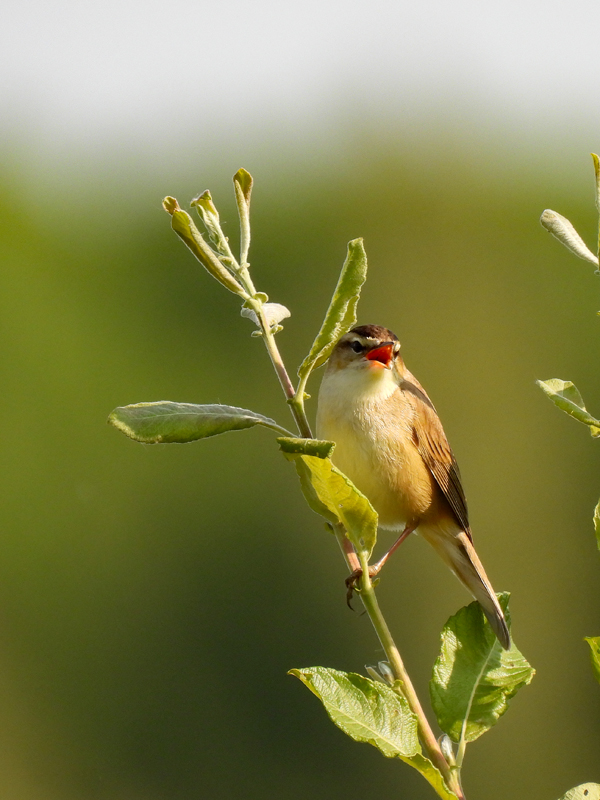 I swept and photographed other stuff whilst there, which can wait for another day.

Back to the Little Grebo musing: when I were a lad in Leicester, and I mean in the mid to late 70s, we used to call anyone who wore too much faded denim and had long greasy hair a 'grebo'. They usually listened to Rainbow and the like. I wonder if that was just a Leicester/midlands thing? A decade later there was a brief music scene/genre which included a few Leicester and Birmingham bands that became known as 'Grebo'. Here's the main Leicester contingent.

Gaye Bikeers On Acid! Now that takes me back. Hadn't realised they were from Leicester. We only occasionally used the term 'grebo' in Hull. For me the word is associated with Carter USM and The Only Living Boy in New Cross..

I think formed in Leics. is probably more accurate for GBOA, Crazyhead, Scum Pups and Hunters Club. PWEI, Carter USM and a few others were associated with the same scene, at least at the start. I think some of these supposed genres are a very fine line!

Grebo was very common as a term of abuse (or possible endearment) around Birmingham and Black Country in the 80s and 90s. And when I taught at a comprehensive in Dudley in the mid-noughties, it was still being used among the more alternative Year 9s and 10s.

The local origins and fame of PWEI (and maybe also the Wonder Stuff) could have been a complicating factor though.