If there is one group that could do with a lavishly illustrated and informative guide, it has to be sawflies. Many are difficult to ID, but I'm sure with the proper modern approch and decent illustrations we'd all get a lot further. The old Royal Ent. Soc. keys that are available are okay up to a point, but - really - it's like wading through treacle. I see Mike Hackston has some tribes on the go, but I reckon if a Lewington-illustrated guide like the Bee book came out it would spur a lot more to have a proper look.

Anyway, amongst my pots from KQ yesterday were a few nice-looking (and therefore probably unidentifiable) sawflies. This afternoon after work (still WFH for the forseeable), I set about pinning them. Having learnt the hard way despite Seth's pointer earlier this year, I'm fed up with dropping tiny pins and panicking about it so I tried to be more organised .... 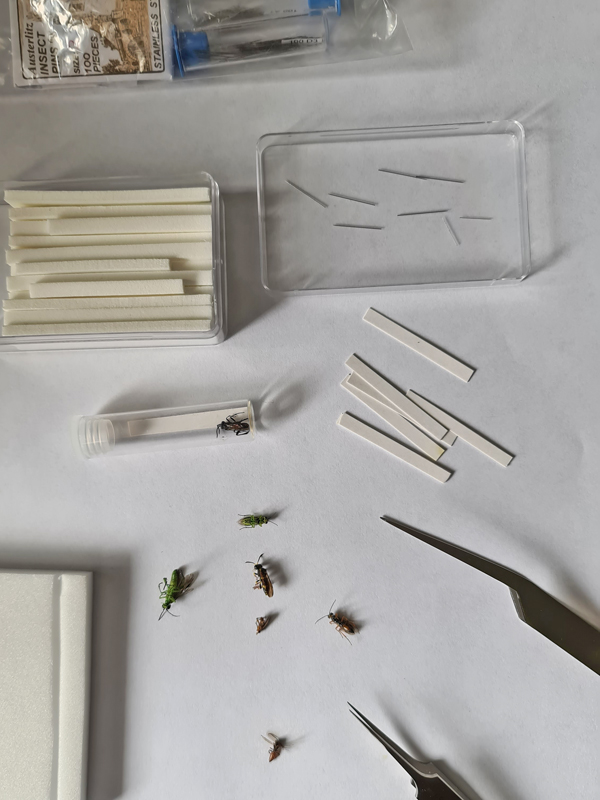 I got my stuff laid out neatly on white paper, with selected pins in the plastic lid of some plastazote strips. The strips of white card by the way are what I am now using to soak up ethyl acetate and drop in the pot, rather than having bits of kitchen paper all over the place. These should be reuseable for a good few goes, I suppose it's a bit like perfume tester strips in Boots. Actually some of the staff in there last time I went in looked like they'd sniffed to much ethyl acetate.

Anyway, above are x5 sawflies, a Nomada lathburiana (after keying out) and a small ?Dichotephora sp.? for another day.

Pinning sawflies, like any other proper entomological task, is something I am not practiced in but I have at least ended up with x5 specimens in a store box for labelling and later scrutiny. One has a firm ID, four have tentative sensu lato names. Post-script - IDs updated 19/05/2020 after seeking guidance from sawflies facebook group. 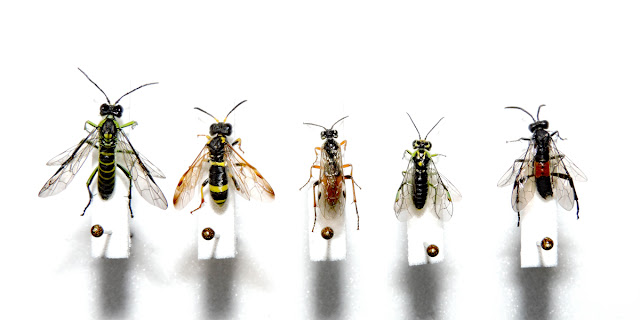 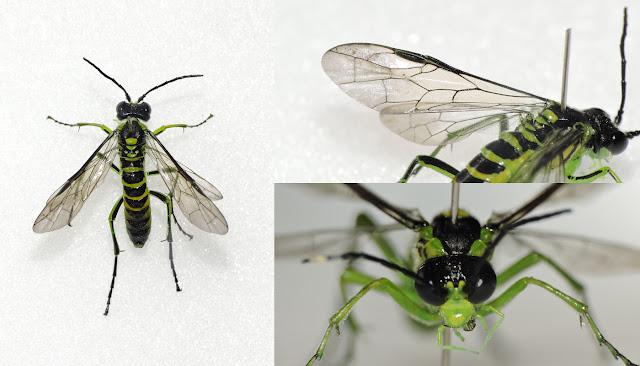 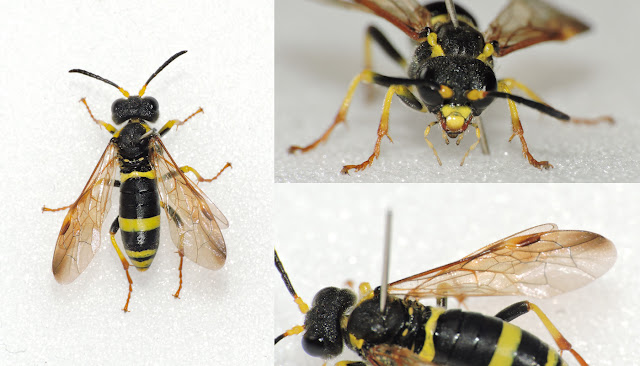 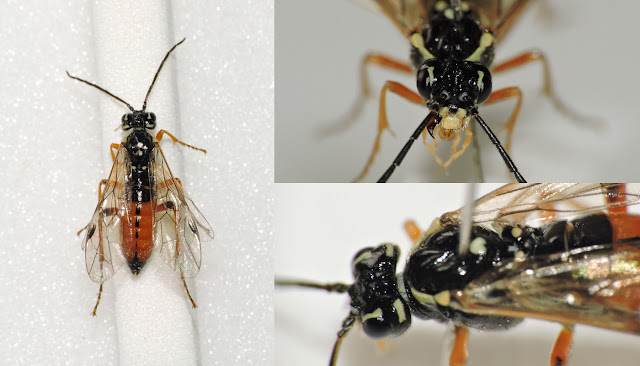 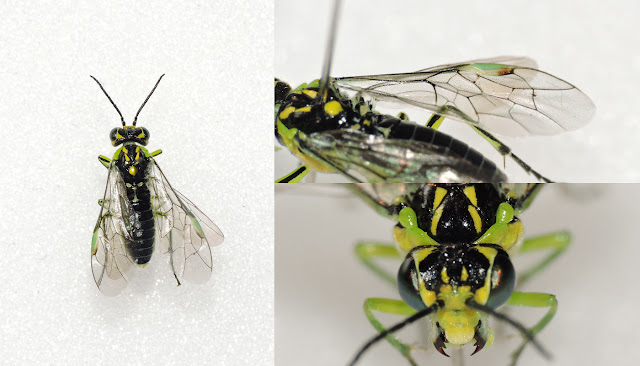 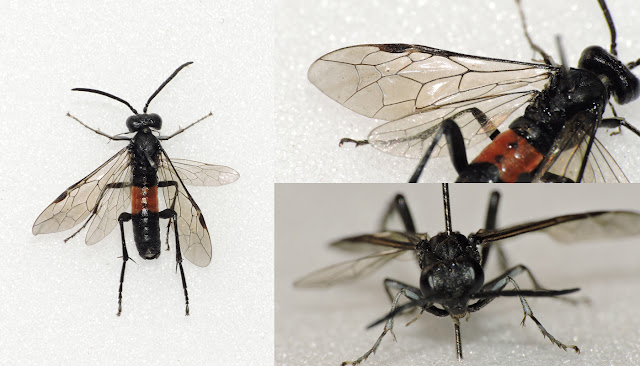 Macrophya annulata - confirmed as either this or M. blanda

I think I need to label all of my posts "Big Black Songs About Fucking", I'm bound to get more hits that way :D

PS: I twanged a B2 pin tonight, fook knows where it went but I guarantee it'll end up in the sole of my foot in about 3 months time.

I been frantically hoovering every time one has pinged off the tweezers, all good so far but I am reluctant to walk in here bare-footed!

The Big Black album is one of my favourites, but it has been mixed too quiet so the volume has to go up more than necessary before you are able to turn the volume up ..... which you should.