A couple of days ago, photos were posted onto the Leics. and Rutland Butterflies and Moths facebook group requesting an ID for a larval web, with a few larvae visible. By the time I saw it, it had already been identified as Lackey, but having had a quick look and got the photos to full size I quickly posted a correction and confirmed that they were actually Small Eggar. A rare moth in VC55 (one previous record of an adult to light a couple of years ago), and one I've not seen. Subsequently three other webs were found nearby. Today I was lucky enough to be able to have a look myself.

The main web was incredible to see, actually looking heavy and with masses of larvae visible both inside and outside of the web. 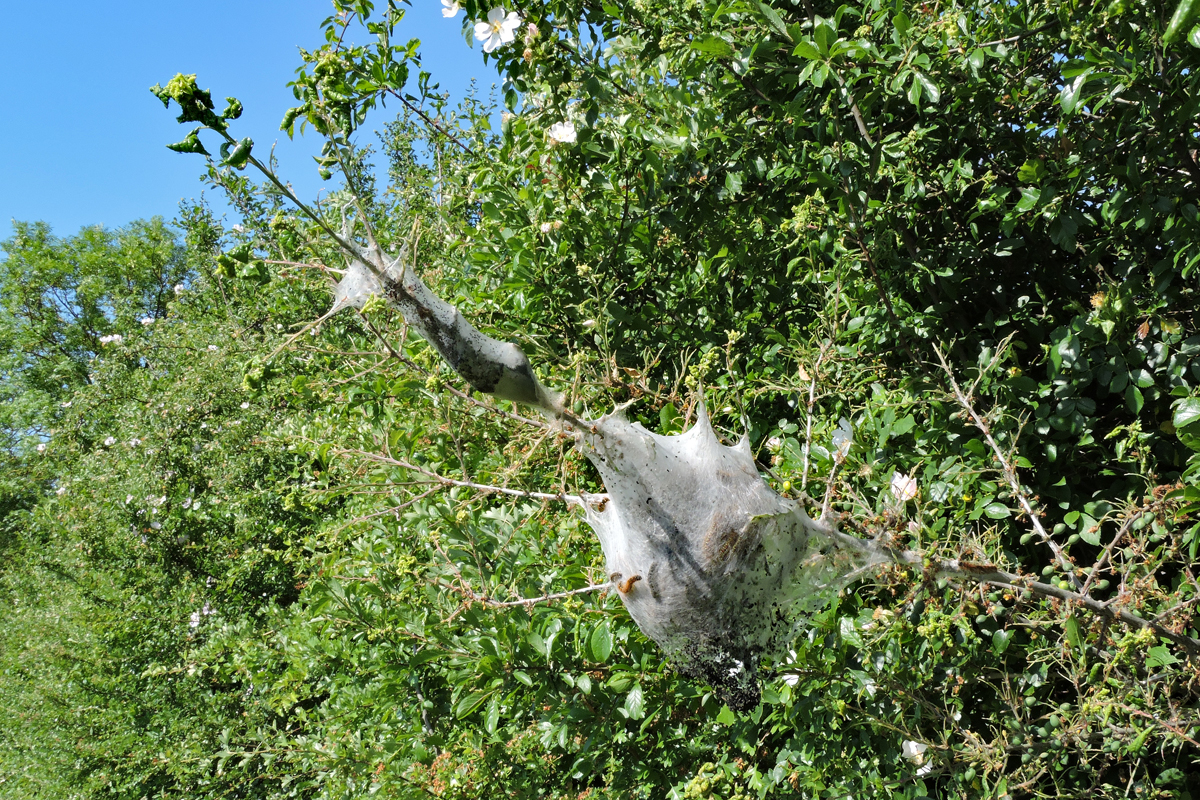 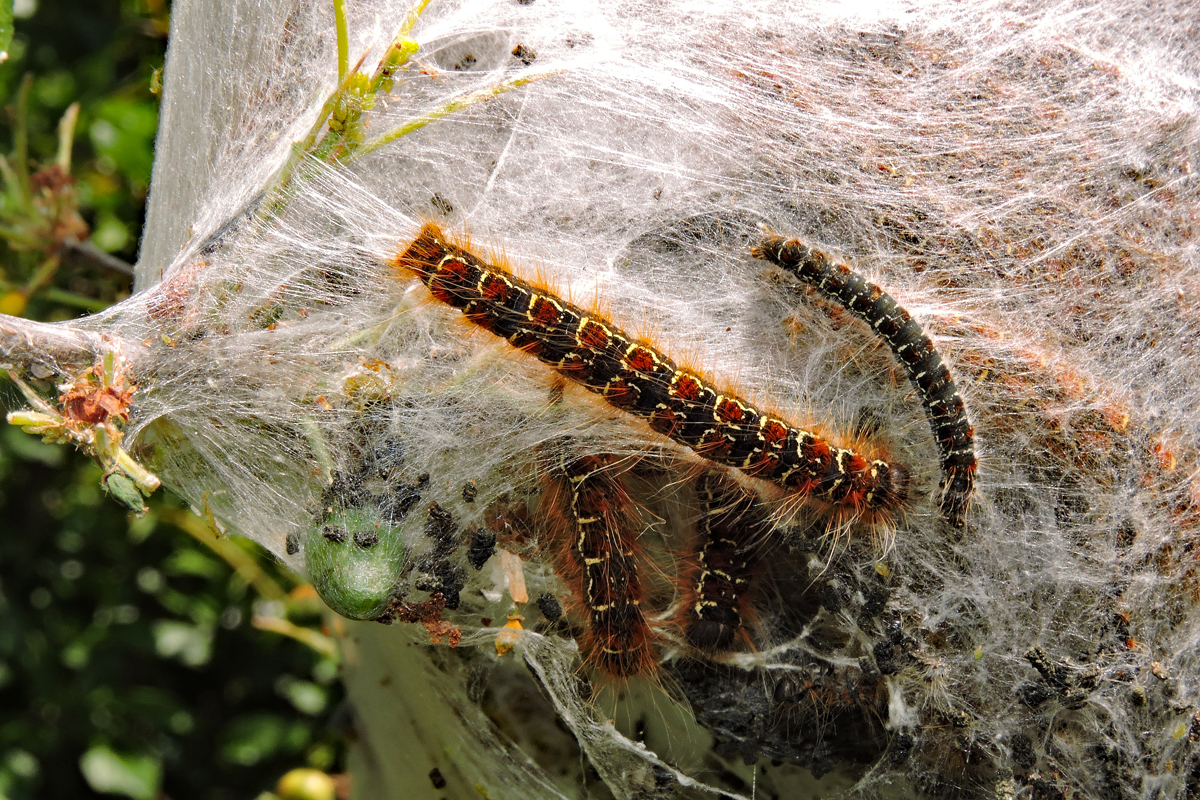 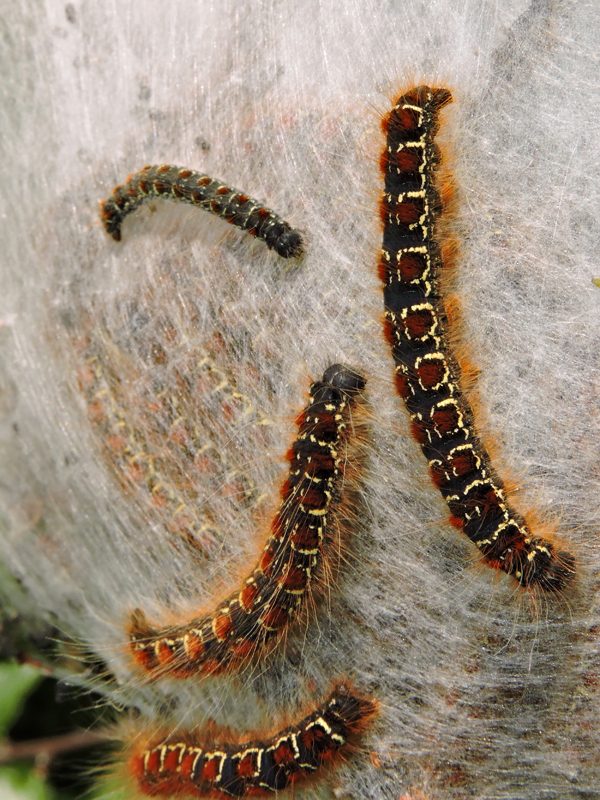 A few larvae were noted moving away from the web and feeding, with the twigs actually suspending it having been stripped. 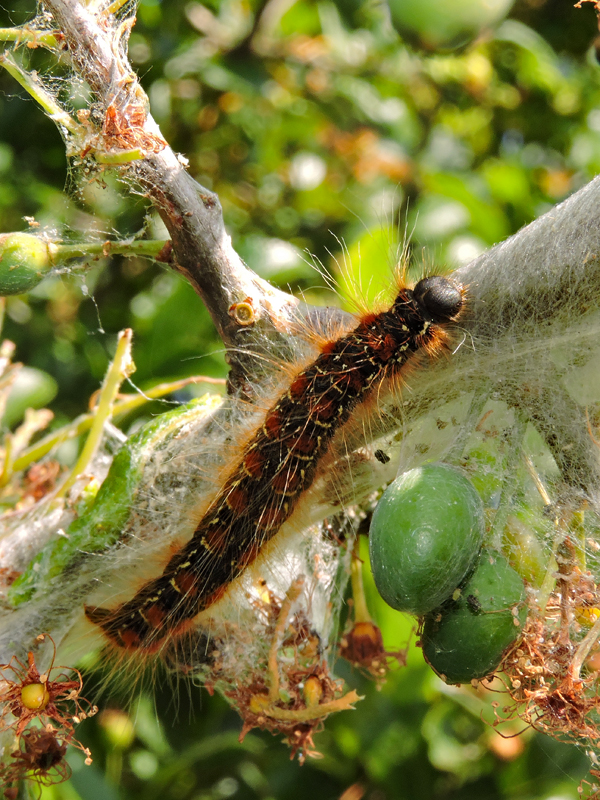 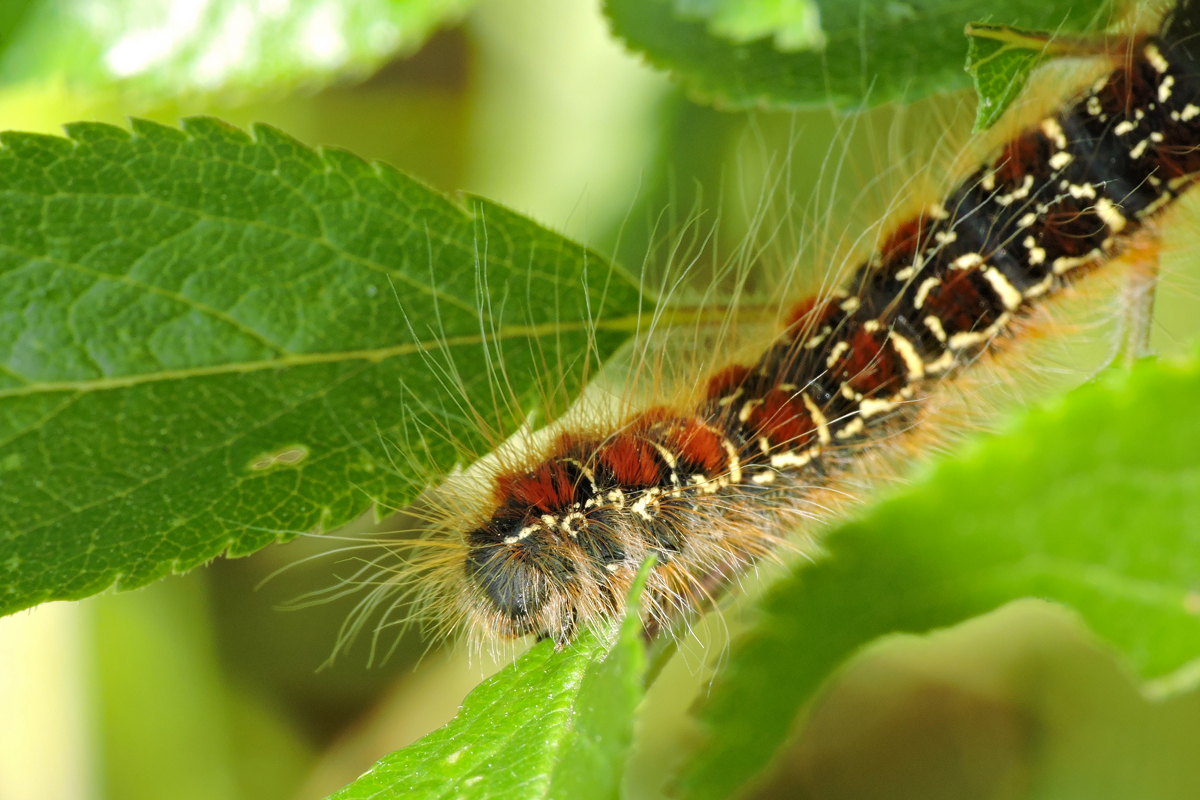 The other webs were smaller with predominantly early-instar larvae. 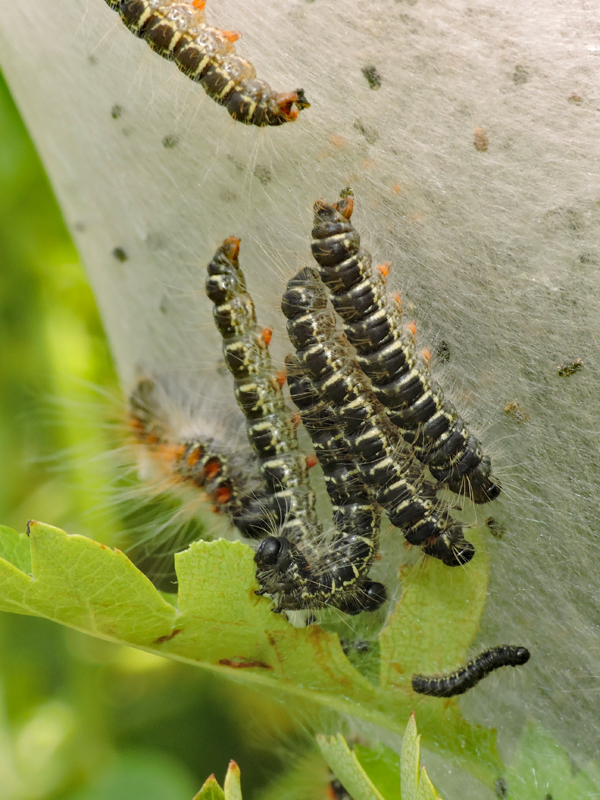 Really great to see these. They are apparently doing well in Northants, and co-incidentally my facebook feed today included several webs found today in Lincs. and it was recently found near to Newarke which were the first for Notts in c15yrs. You'd think anything feeding on hawthorn would be ubiquitous, but it flies in February - March and prefers hedgerows so I wonder how many of these webs never make it with the trend for flailing hedgerows in the permitted window before the end Feb deadline.

After this I had a decent day out, going just over the border to Bedford Purlieus and then a quick stop at Ketton Quarry before I'd had enough of the heat and lack of sustenance. Stuff for another day.

Have had the adult to my garden trap just the once a couple of years ago. Took me a couple of minutes to realise what it was, wasn't on my radar really at teh time. Great things.