I swear too much. Generally. The ongoing farce at No. 10 is just a minor catalyst. It may be Toryrettes.

After a few windy days, and then settling out to warmth and sunshine I should have been out somewhere, but for various reasons I've not had a chance. This afternoon I loitered in the garden with intent though.

I noticed a yesterday that occasional small bees, wasps and sawflies were sort of searching holes, albeit in competely the wrong place. We have concrete posts between the fence panels, and the concrete cast has left all sort of sized 'craters' which are not deep enough for anything to nest in, but the prospective nesters and parasites don't know until they check. Today I noticed a couple again, and once armed with camera I pointed it at one to see if there was any discernible details .... 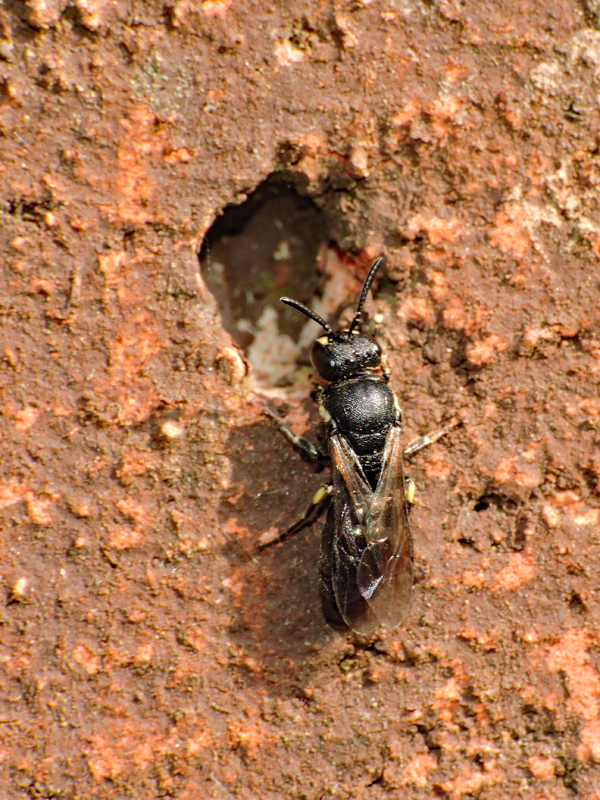 Well, blow me it's one of the yellow-faced bees. Absolutely no idea which one from these shots, so I decided to try and pot the next one I saw. I did. It was a small wasp. Next one, a small bee with no yellow markings. Next one was bigger, and knowing what it probably was I got the camera on it before managing to secure it .... 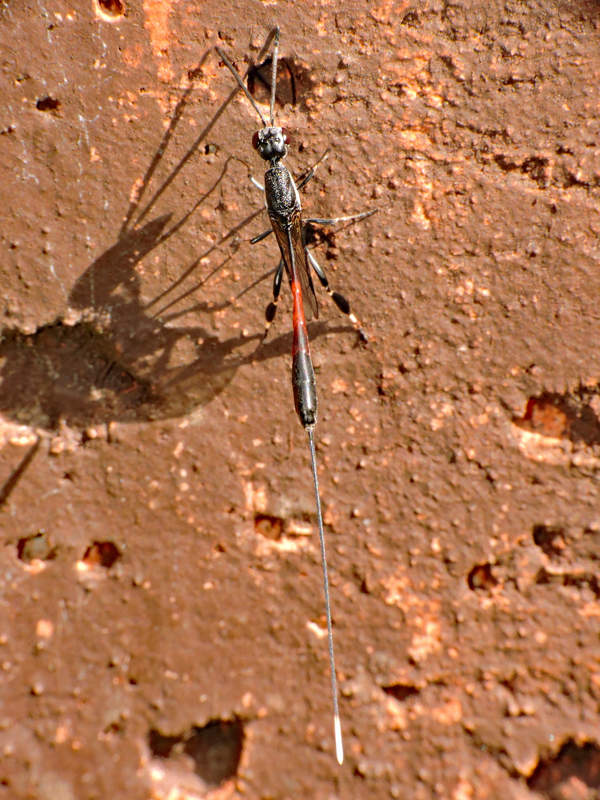 I'll keep my eye on this new-found source of interest this week.

Also in the garden today, briefly, were two gaudy beetles. The Wasp Beetle got away, this one sat on the fence for a few seconds .. 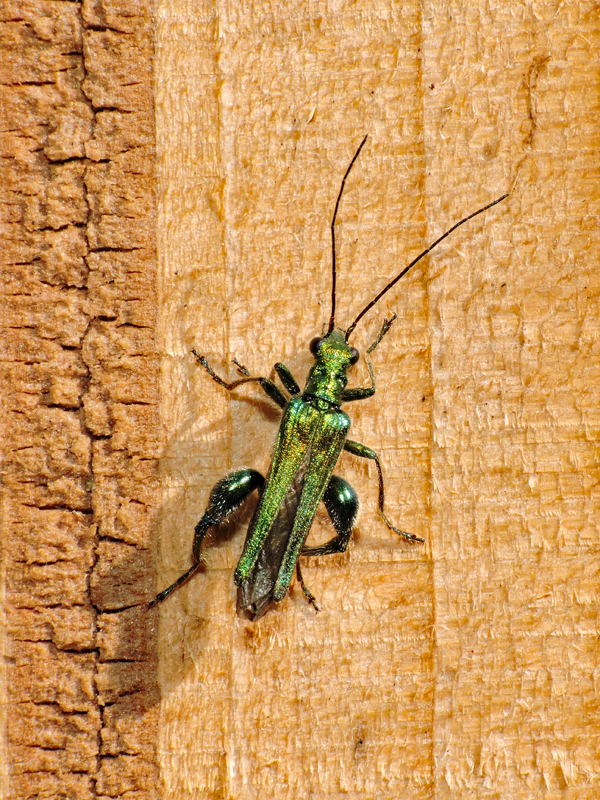 I've also got a couple of sawflies and small hoverflies to look at, plus the garden was again a bit of a hot-spot for Merodon equestris, with at least four invovled (three males, one female - on mating noted). 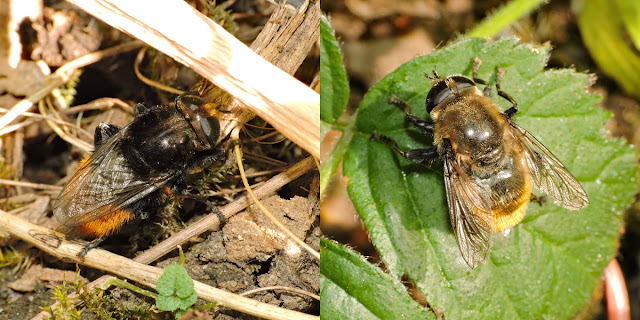 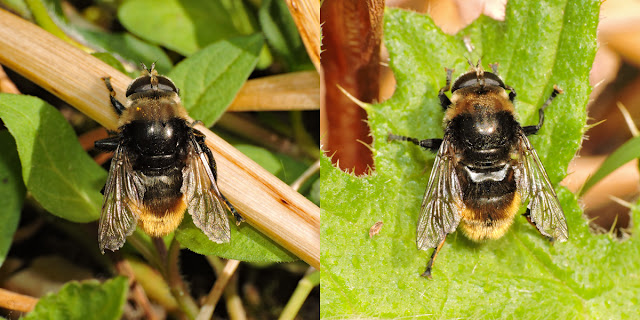 The moth trap has been ticking along, though nothing stand-out. 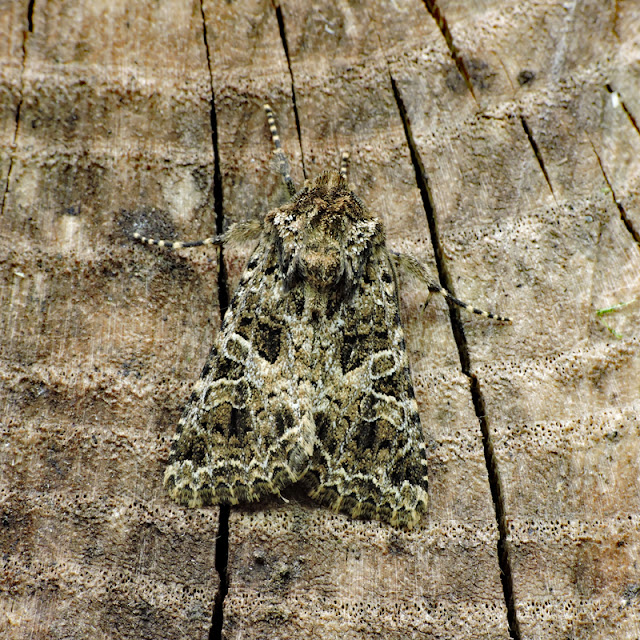 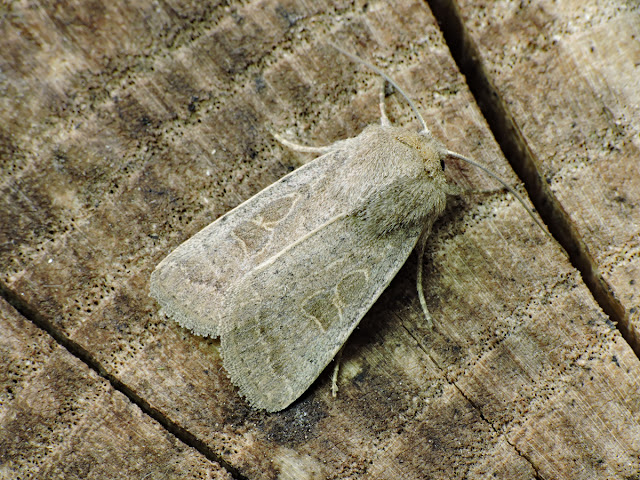 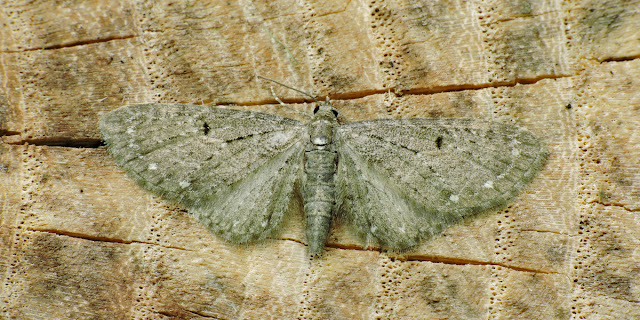 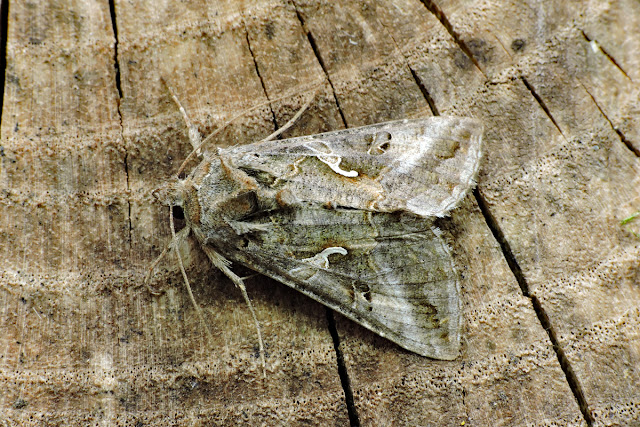 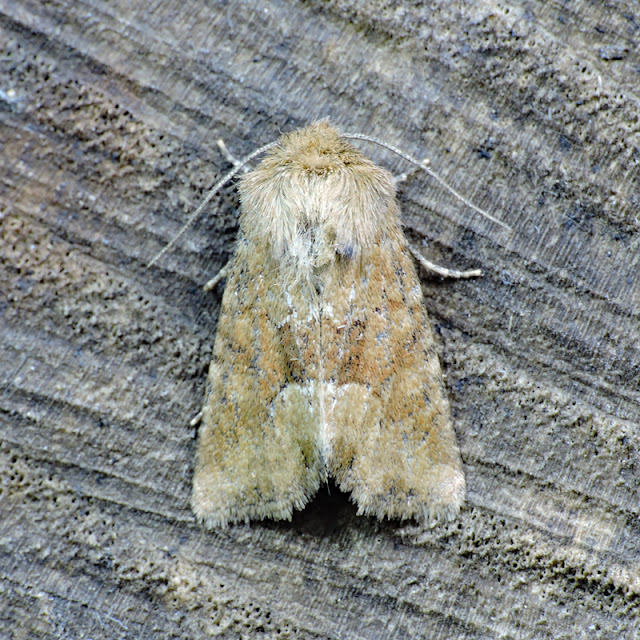 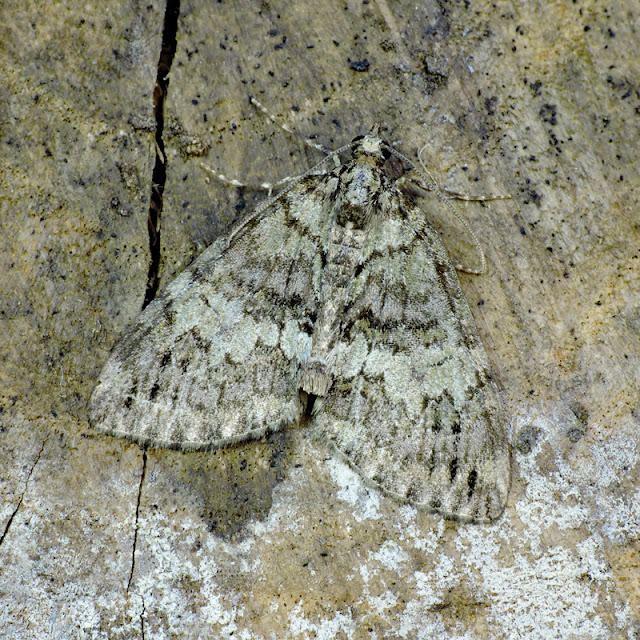 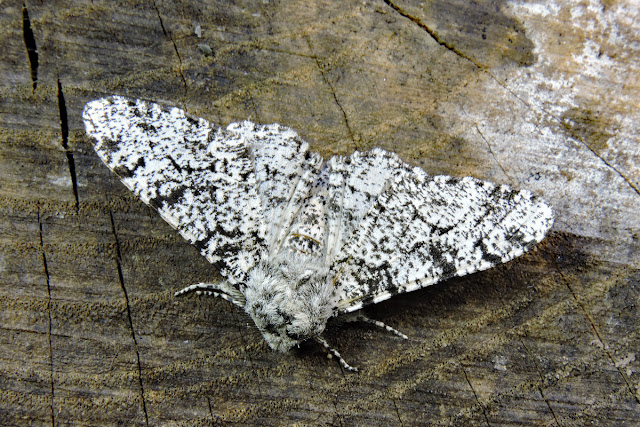 Finally, we've been getting one or two Hedgehogs in the garden, seen infrequently. This evening, well before it was even dusky, this one came trundling up the side of the shed and tried to hide behind a plant pot when it heard me coming .... 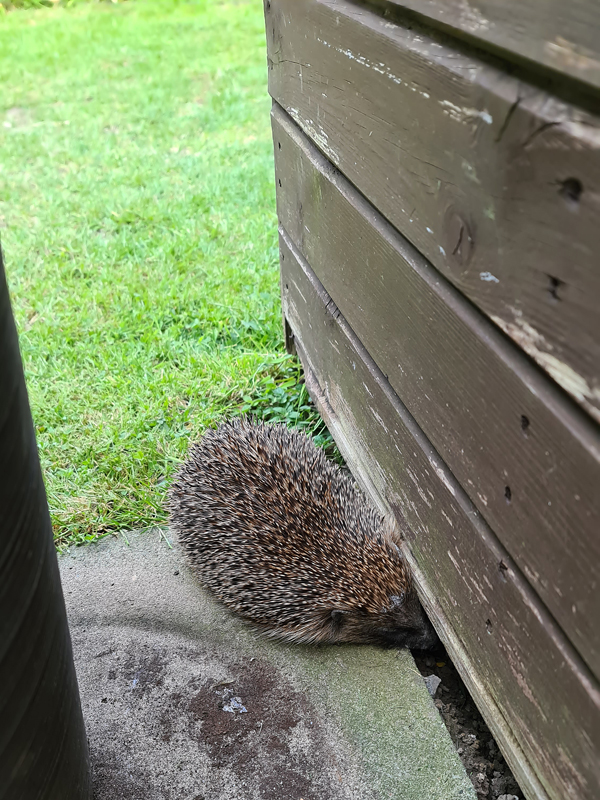 Whilst roasting our chicken this evening, I was listening to Sophie Ellis-Bextor on Radio 2 doing a kitchen disco for an hour. Nothing too cheesy, proper 70's club stuff in the main. I am not ashamed to say it was just what was needed - something bouncy and airy and free of the immense weight of bullshit I'd listened to in the preceding couple of hours.