Busy day, and been out for a walk this evening which will have to wait. But for now a bit of a catch up .....

The Empis sp. I swept on Saturday at Countesthorpe Meadows is Empis scutellata - only x3 VC55 records prior to this year, though I see at least one recorded a week or so before mine. A new one for me. 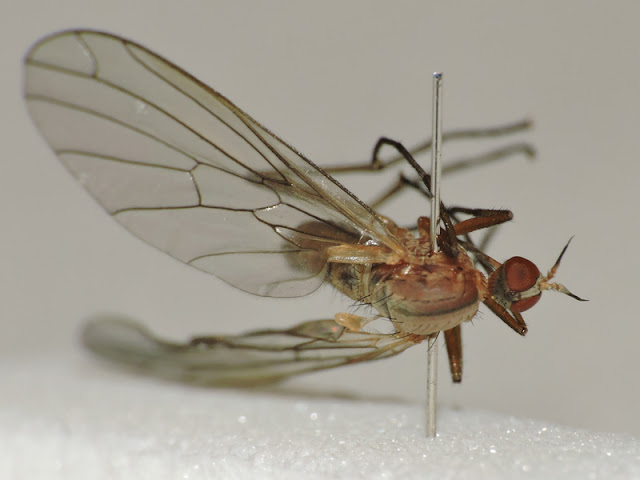 Axilliary excision of forewing 90deg to obtuse, not acute 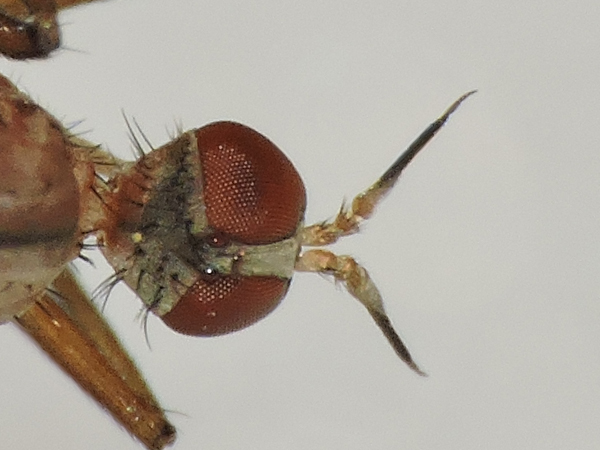 Back to the sawflies I posted yesterday. Today I re-joined the British and Irish Sawflies Fb group - it's one (like hoverflies, hemiptera ..) that I was a member of and left last year when I found my timeline being swamped at a time when I was not bothered/able to enjoy anything. Anyway I posted the photos with the proposed IDs except for one that I revised completely after finding a nicely illustrated and helpful guide to British Tenthredo spp.

My Tenthredo arcuata sl was revised to Tenthredo zona and confirmed as such - great stuff. New for me and possibly VC55 (unknown as yet). Tenthredo mesomela confirmed - again new for me. The Macrophya annulata is definitely Macrophya, needs checking further to confirm M. annulata or M. blanda but half way there. And then the others were way off ... The 'Rhadogaster viridis' is actually one of two Cytisogaster spp, probably Cytisogaster chambersi, and the 'Aglaostigma fulvipes' is probably a Tenthredopsis sp. So starting from scratch I got 1.5/5 right at the first go, and after revising one before asking I was at 2.5/5 right. I'll take that! I'll update the post accordingly.

Here's the small fly I mentioned from KQ on Sunday ... 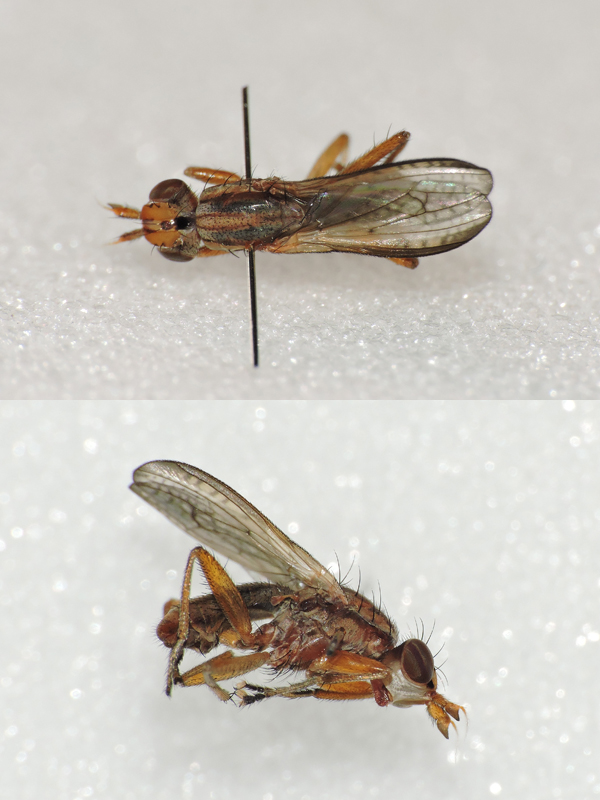 I think this is one of the pair Limnia unguicornis/paludicola (not a Dichetophora sp.). I'll see if I can get a view on Uk Diptera but I expect the answer will be to check the genitalia.

And I also mentioned this bug from KQ .. 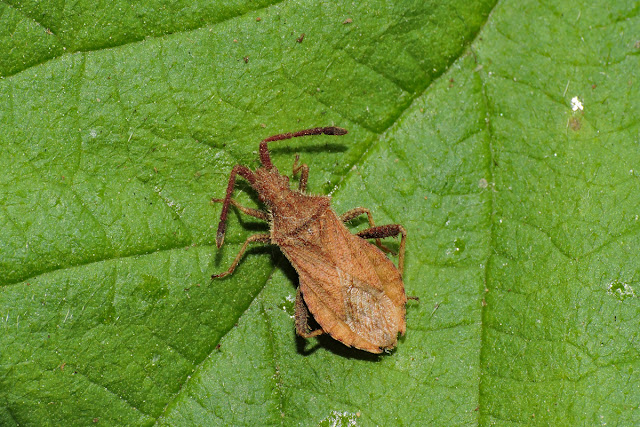 One I would like confirming is this aphid from the garden ... 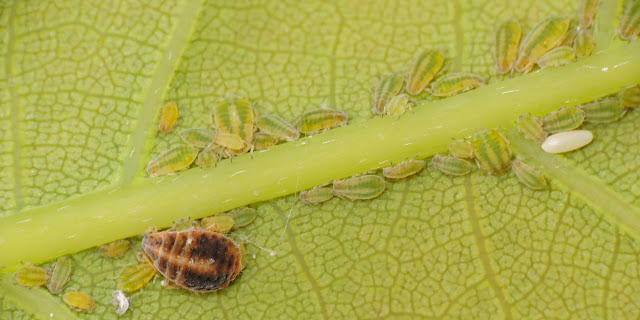 I found loads of these along the mid-ribs on the underside of leaves on my oak sapling. I am sure it is Thelaxes dryophila.

Here's a couple of other bits from the garden. 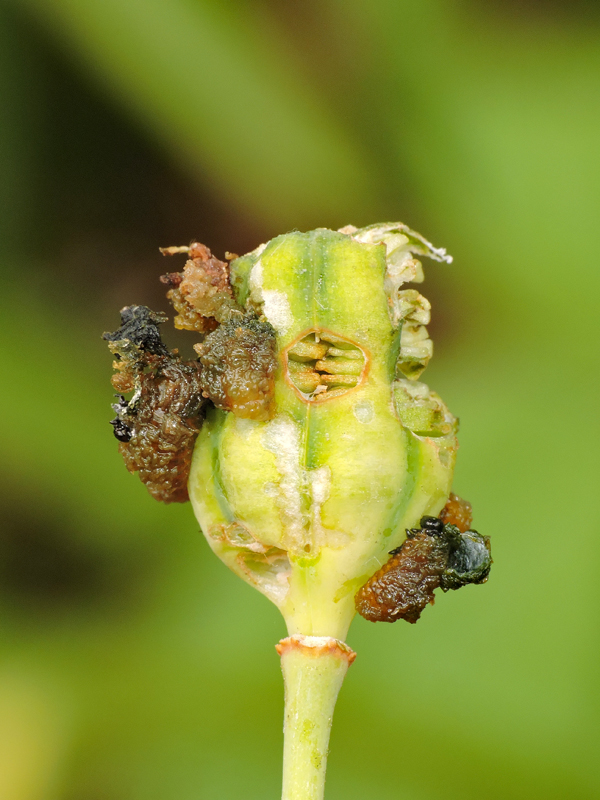 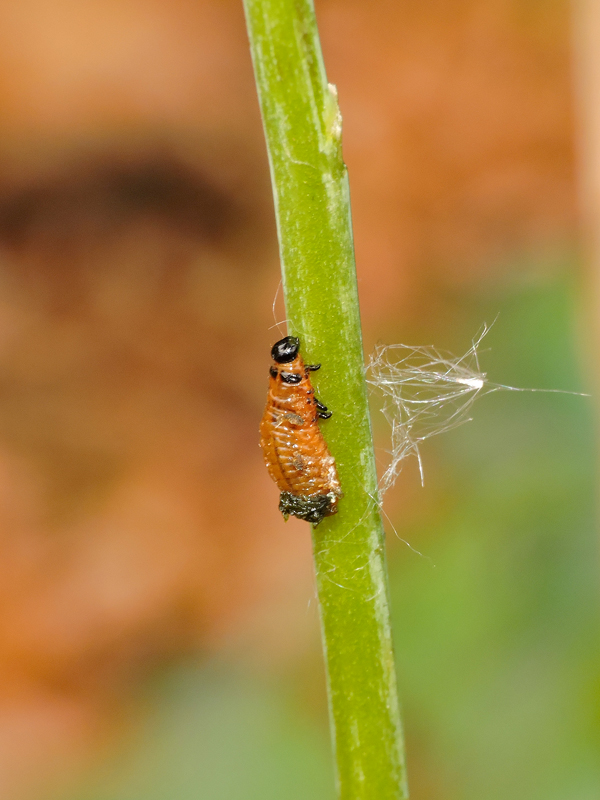 and I finally caught a Merodon equestris on the camera sensor today .. 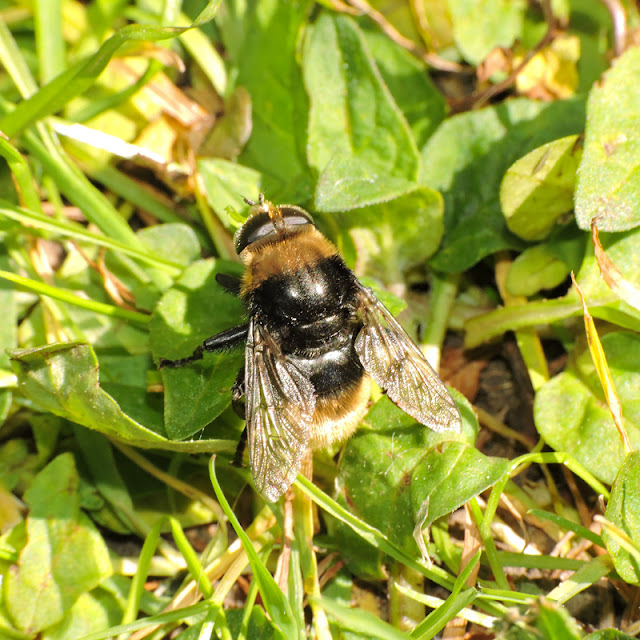 The garden moth trap has been picking up, so I have a few bits to share separately and I'm hoping it will properly ramp up later in the week.

"Oh, people said that you were easily led
And they were half-right"
Posted by Skev at 23:09

And what of the hoverfly egg amongst your aphids, that's be a nice little project for you :)

Yeah, noticed that when looking at the photos but I'm sure it's something I've had commonly in the garden - quite probably Epistrophe eligans.