Skirting round the hole .... 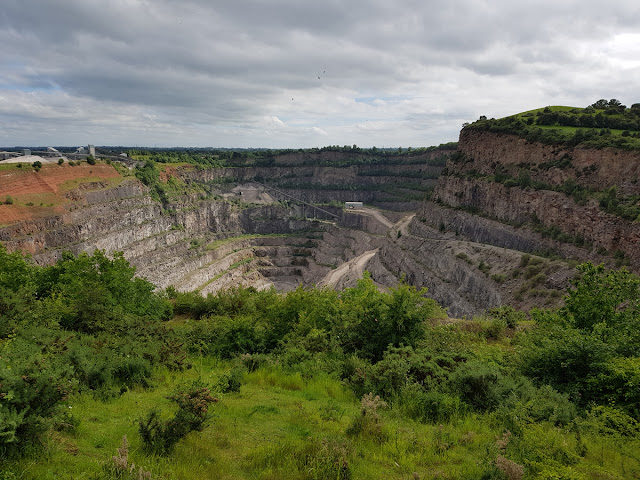 Saturday afternoon, and I headed over to Huncote Embankment to get some fresh air and have a nosy about. I had low expectations, as the conditions were far from ideal - strong winds, flip-flopping between overcast and brief sunny spells, and always a chance that a shower would roll in. As it happened I ended up spending a good three hours there, walking the full length and breadth of the site which skirts about the north and east of Croft Quarry.

The conditions did make photography more than a challenge, but I managed to pot up a few bits to check. One of these turned out to be Hill Cuckoo Bee, one I maybe should of seen before if I'd taken more notice of bumblebees. I've also got a sand wasp (Ectemnius sp.) to try and sort out and a couple of nice weevils to try and photograph. 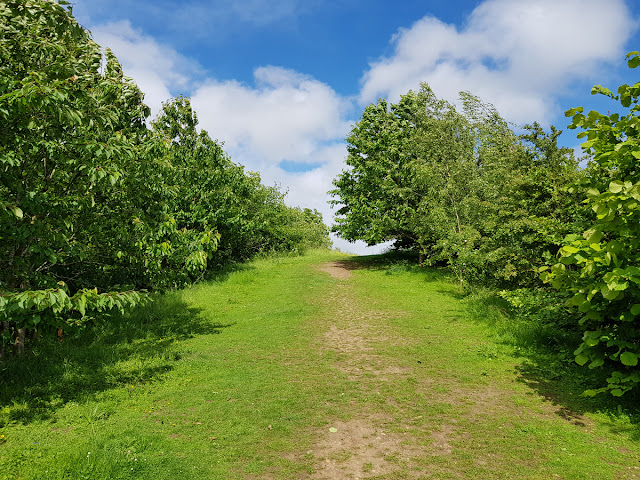 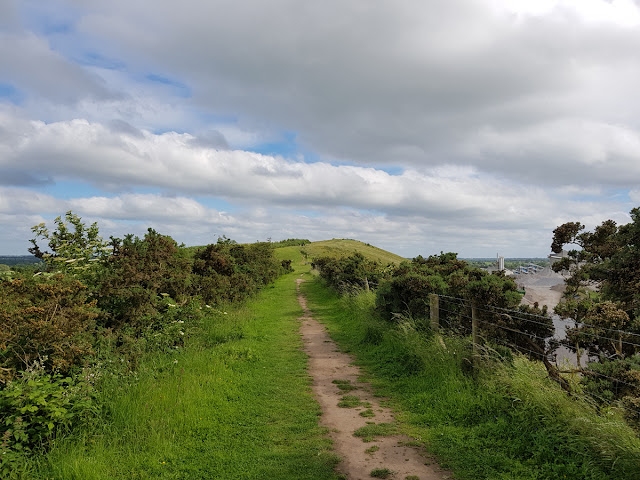 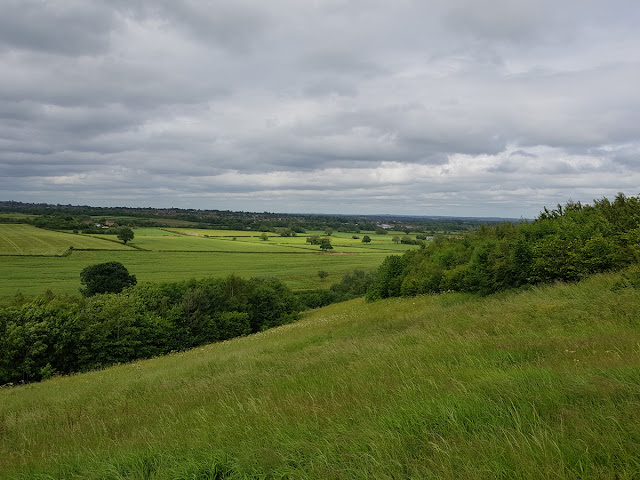 In fact the bees were just about the only inverts active in the strong winds. There were 1000s of flies, but they were all settled on tree trunks and fence posts to keep out of the breeze, and I've got a few shots of them that I'll post another day. Otherwise, just about every buttercup had a Swollen-thighed Beetle on it but not much else going on. 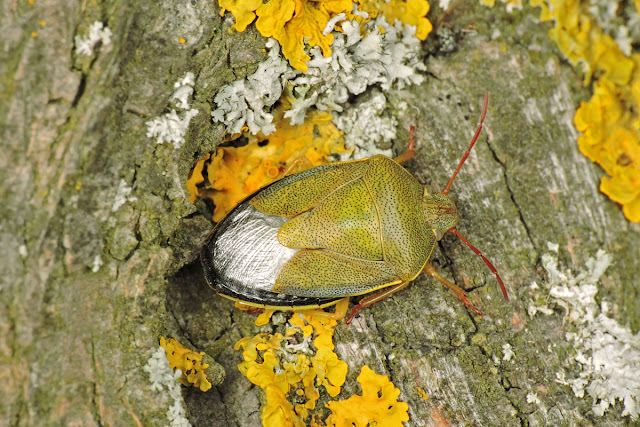 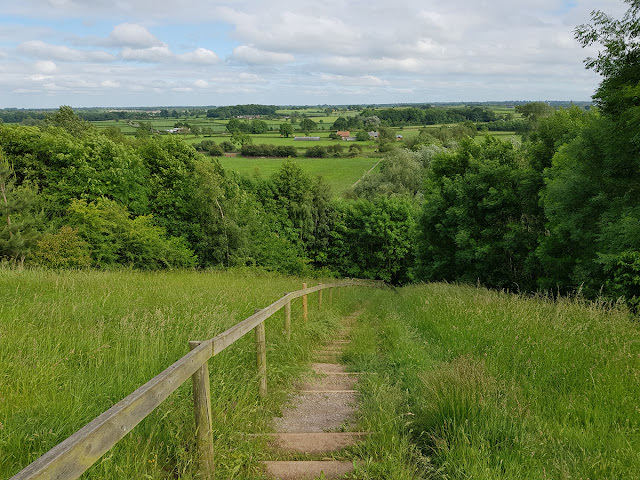 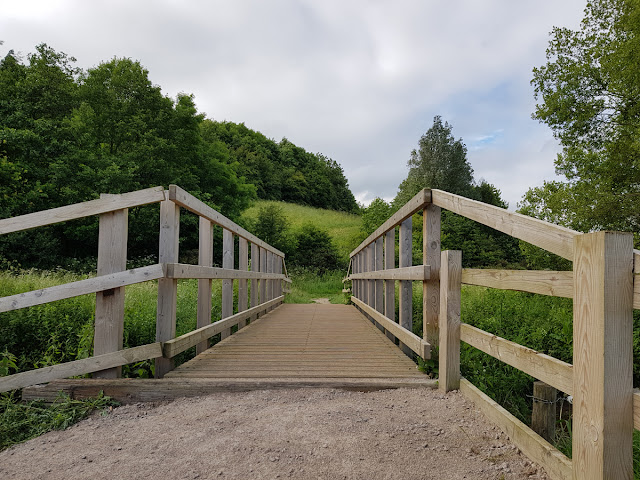 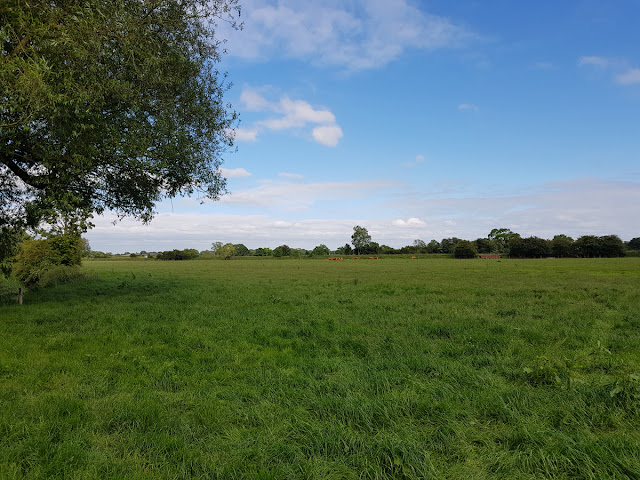 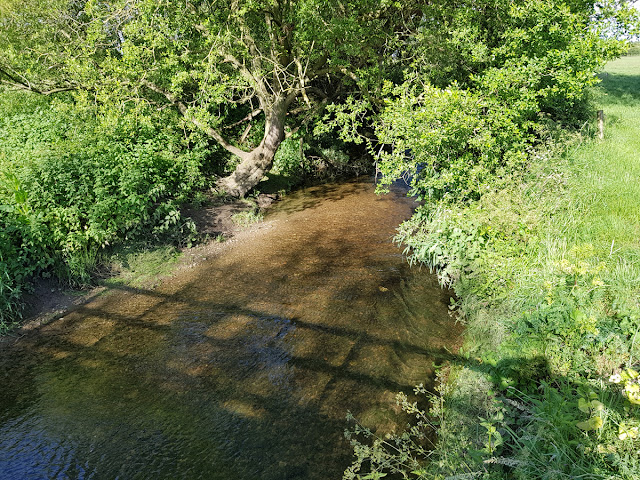 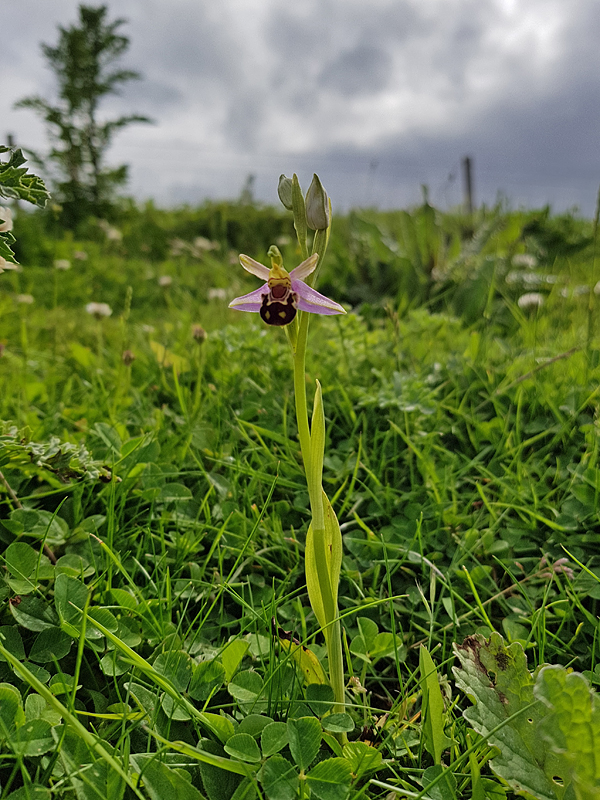 Really pleased to find a couple of spikes of Bee Orchid still clinging on at this site. 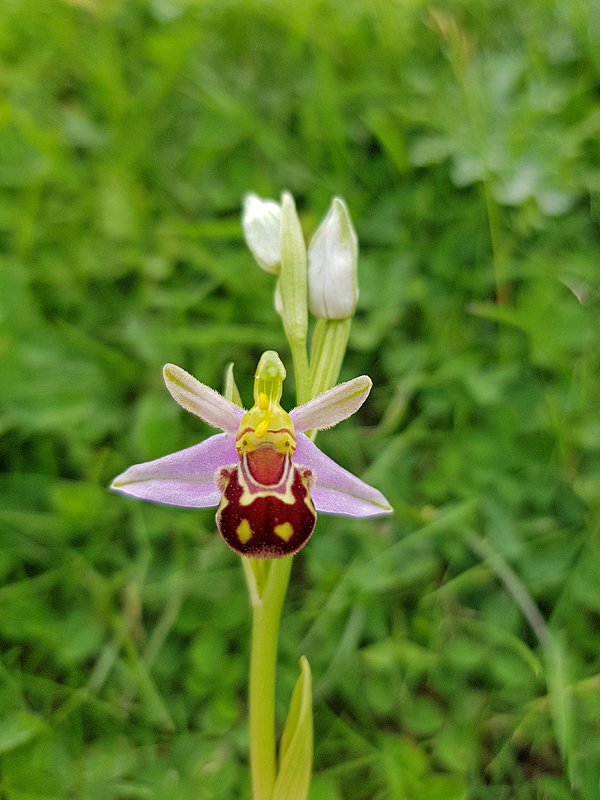 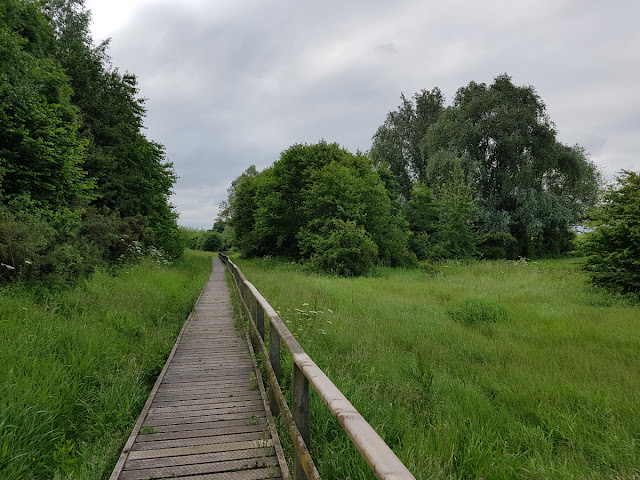 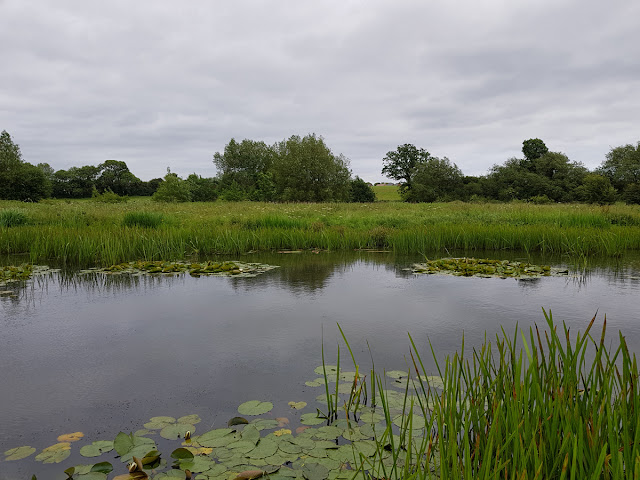 By the time I got round to the small pool, it was quite dull. There was a constant cheeping noise coming from the water-side vegetation that was clearly a juv bird but I had no idea what. I eventually saw what it was, and it was about the last thing I expected on small man-made pool. 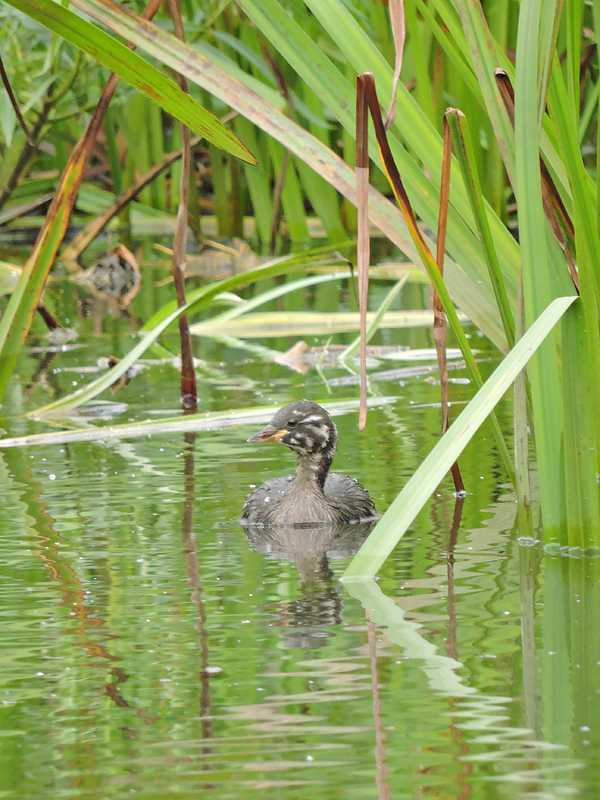 There was one adult feeding the chick, but I did see that it was able to dive for itself as well.
Posted by Skev at 13:34