Back when I was writing this blog more regularly, I started an occasional thread with the label overdue. Before I post another one, a quick recap on those that have gone before:

My garden has never been blessed with regular migrants, aside from the very commonest species: Silver Y and Diamond-back Moth are annual, Rusty Dot Pearl and Rush Veneer just about and Dark Sword-grass has turned up 11 times between 2000 and 2013. I am still to record some migrants in the garden that might be considered as fairly regular even for an inland county: Gem, Convolvulous Hawk-moth, Small Mottled Willow. Otherwise, most of my garden migrants have been one-offs. One that I think is now overdue for a reappearance is Bordered Straw. 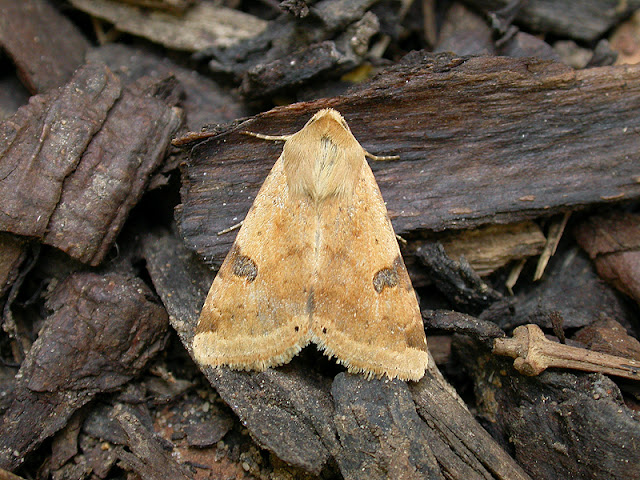 My sole garden record is of this one that came to light on 05/09/2006 during what was a pretty good year for immigration anyway.

This is not exactly an outlandish species to hope for, I'm sure it's just a matter of time.
Posted by Skev at 17:43