But .... what the hell was this doing in my garden moth trap! 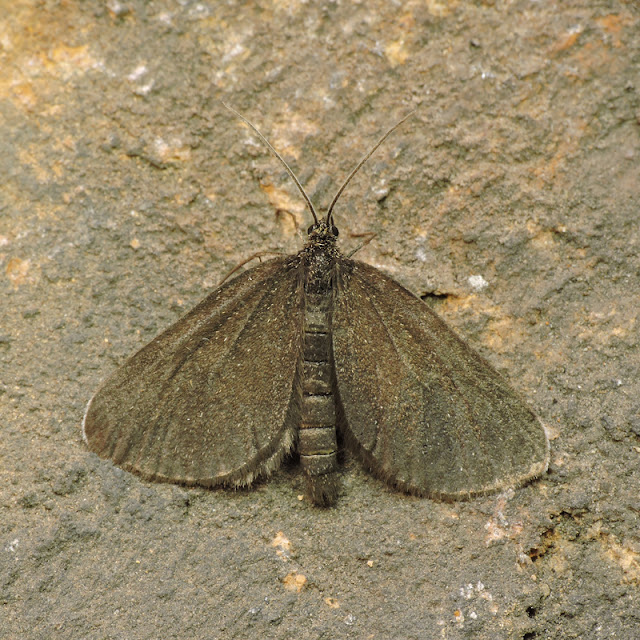 A quick check on my garden habitat and the surrounding area confirm that there are no quality meadows within sight. Add to that, this is a pronounced day-flying species that rarely (ever?!) comes to light. So imagine my surprise when I saw that this morning and promptly added it to the garden list (673rd moth, 314th macro). Okay it's a bit knackered, not a nice pristine glossy black with shining white apex fringes - but all the salient features are there to see.

There was another potentially exciting species in the trap, not that I knew it when I potted it up. I thought it was a worn Momphid of some sort and almost ignored it, but decided I might as well get it detted. So when I grabbed a couple of quick shots this evening I was surprised to see that I'm actually photographing a gelechiid. I think it is Exotelia dodecella (which will be new for the garden as well) but I'm not confident enough to record it as that at the moment. (post-script - confirmed as Exotelia dodecella by gen. det.) 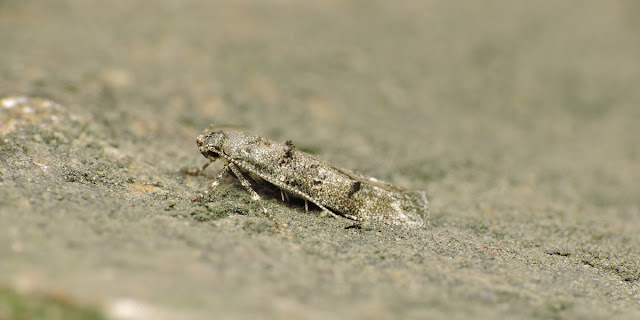 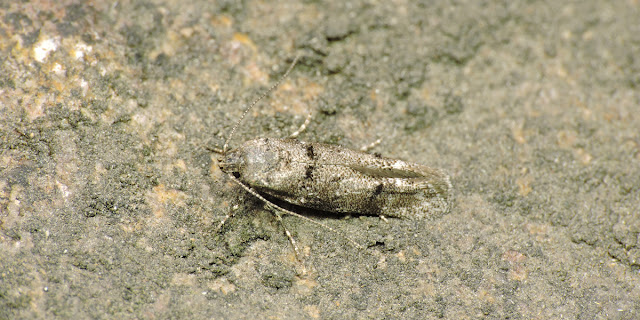 And there was yet another odd Acleris sp. - I've now got four for gen det, two large and well marked like this one and two smaller less distinctly marked individuals. (post-script - confirmed as Acleris hastiana by gen. det.) 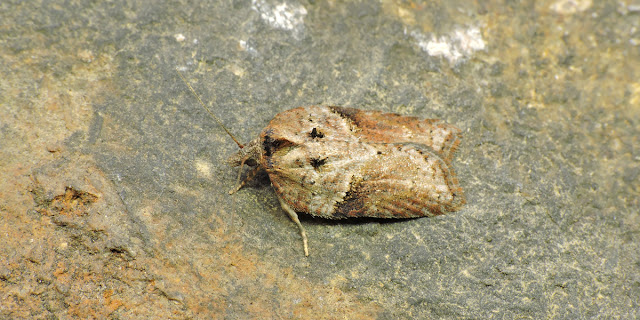 And here's a few others from last nights trap. 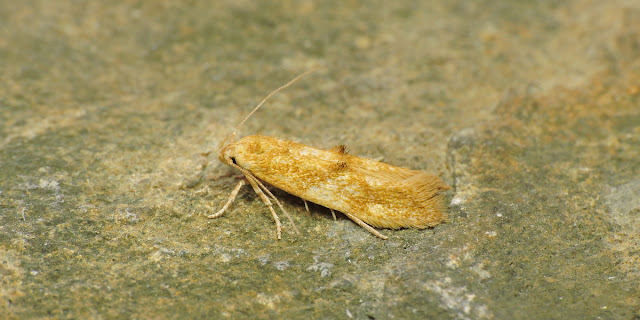 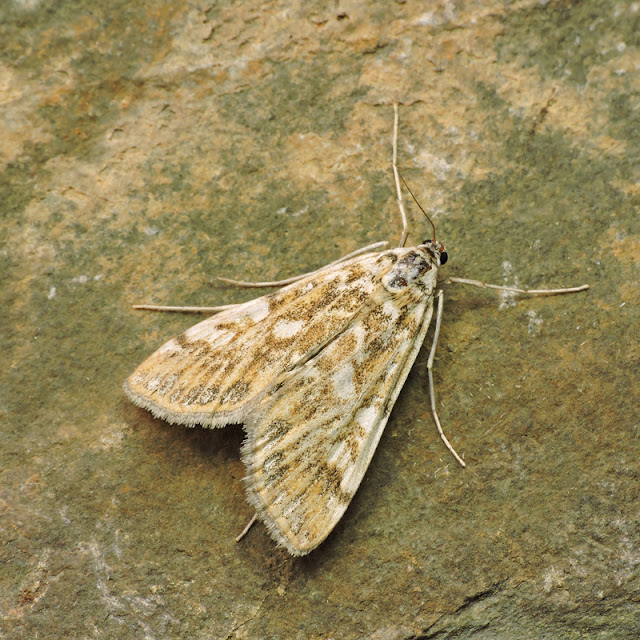 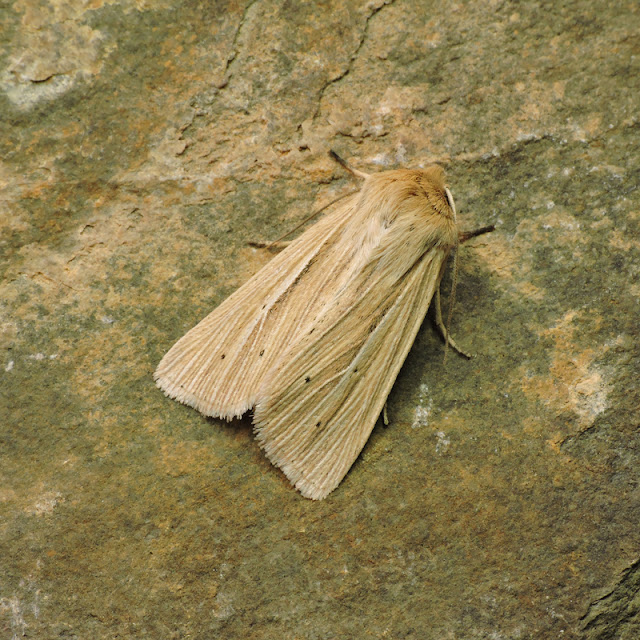