One such species is this one. 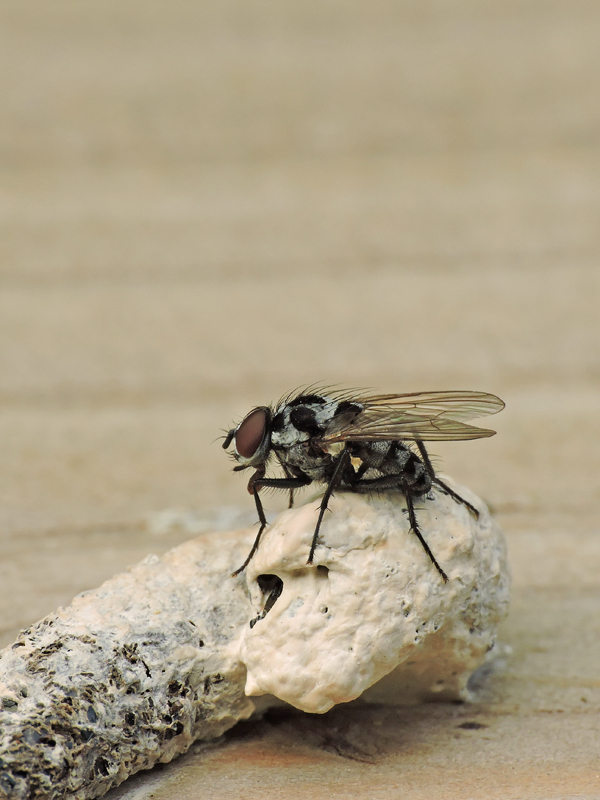 Amongst the many unidentifiable flies that I saw on various trunks, fence posts and handrails at Huncote Embankment were a couple of these Anthomyia sp. I'd knew there were in this genera, but had forgotten how to separate the two common species. Some help from the Diptera facebook group pointed to the black spot just at the wing base either being continous with or separate from the larger dorsal spot on the thorax. Joined up like the one above points to A. procellaris. I got just about good enough shots of both to confirm the ID. Both were characteristically sucking up to bird shite. 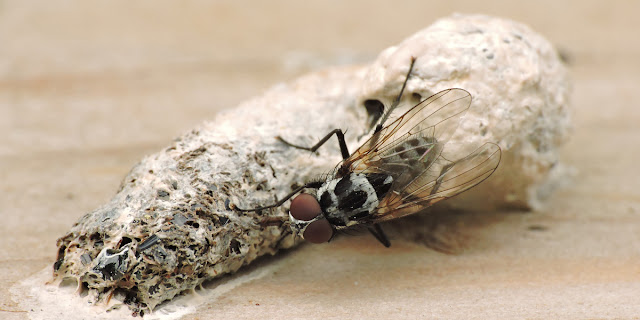 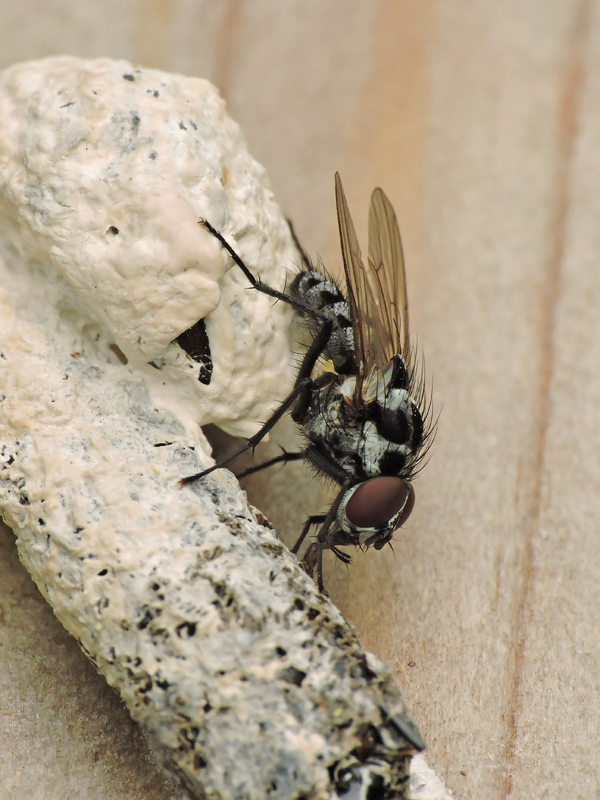 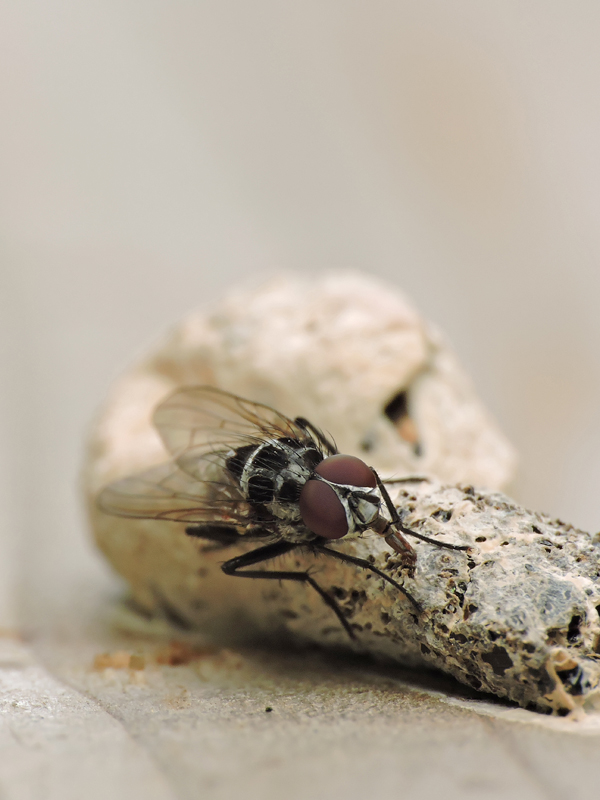 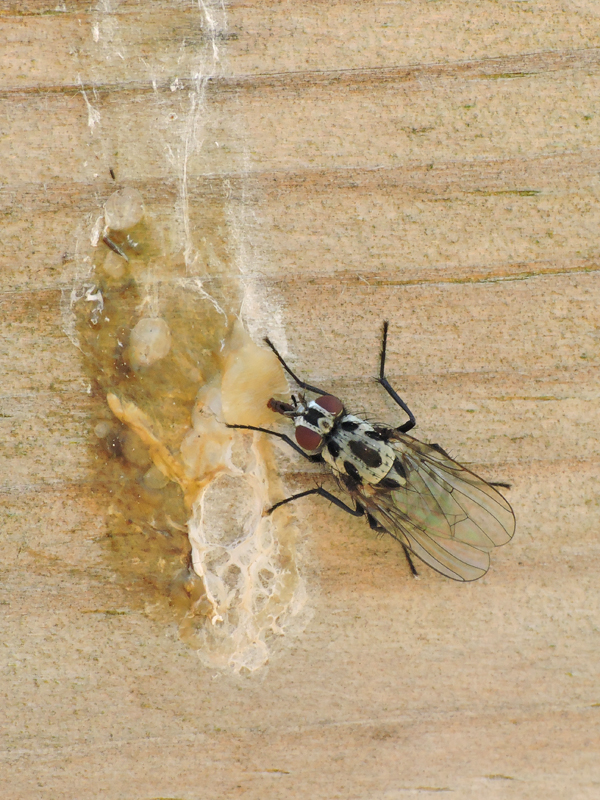 Most of the other flies had to remain unidentified except for large numbers of Face Fly and Mesembrina meridiana, and a single Dolichopus popularis. 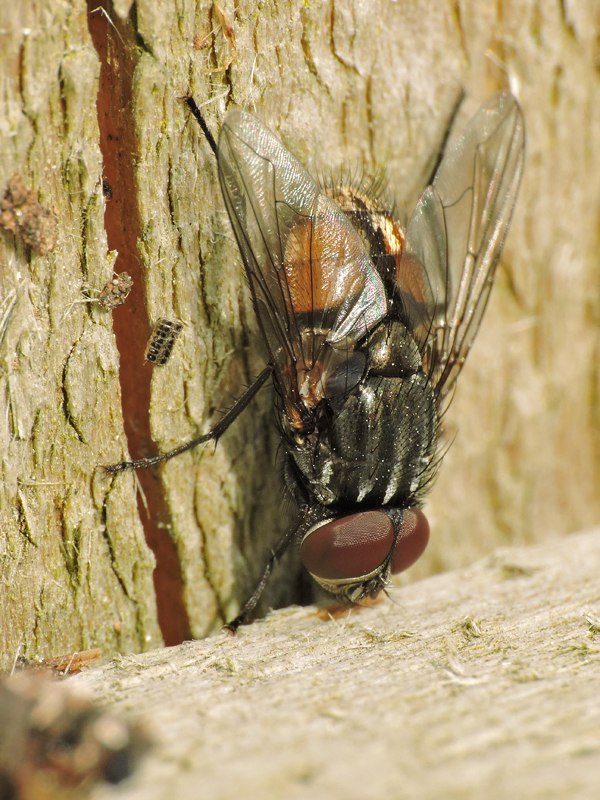 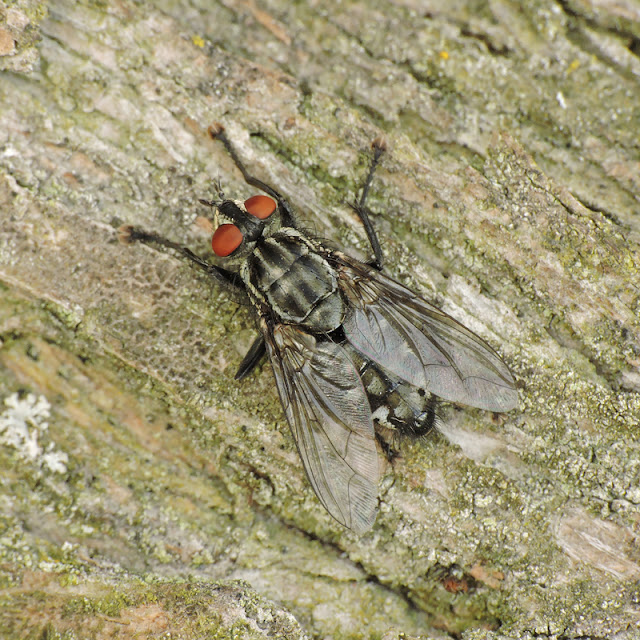 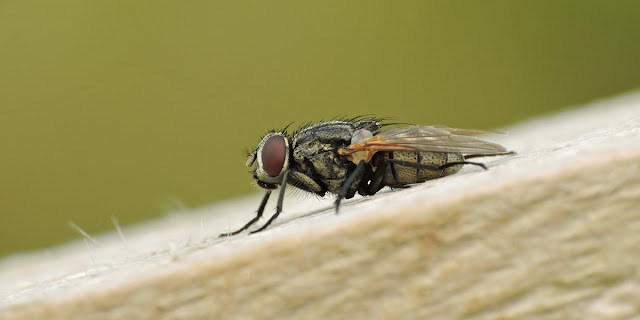