Wednesday night whilst pottering about the garden with a torch, I noted and potted up a relatively bland looking Pterostichus sp. - which I've not looked at yet. This prompted a targeted five minutes or so looking in various nooks and crannies, and I was surprised to easily find another four beetles - three of which were clearly new for the garden. One of these was lumpy and boring looking, two were streamlined and relatively colourful carabids .... 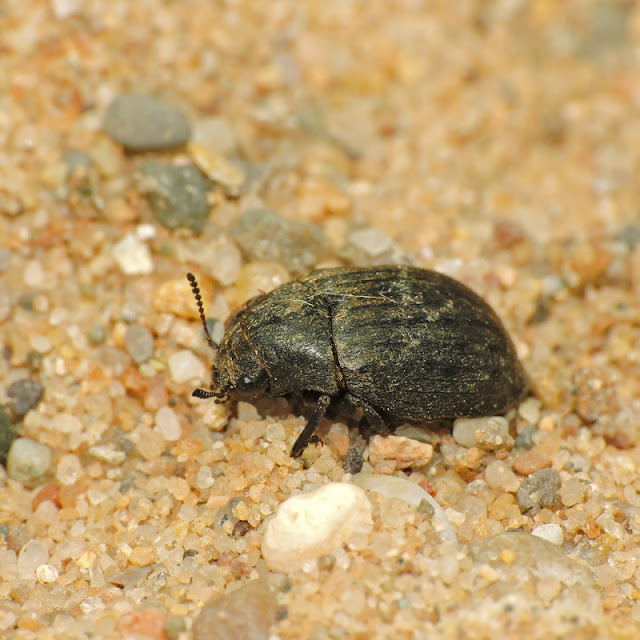 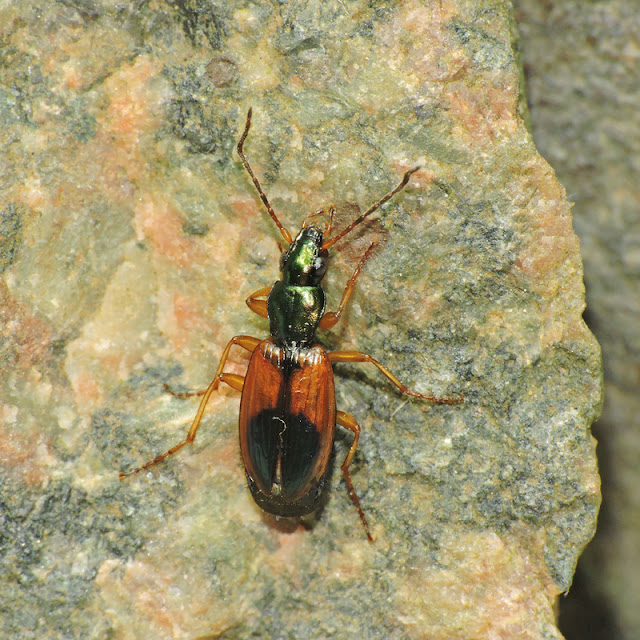 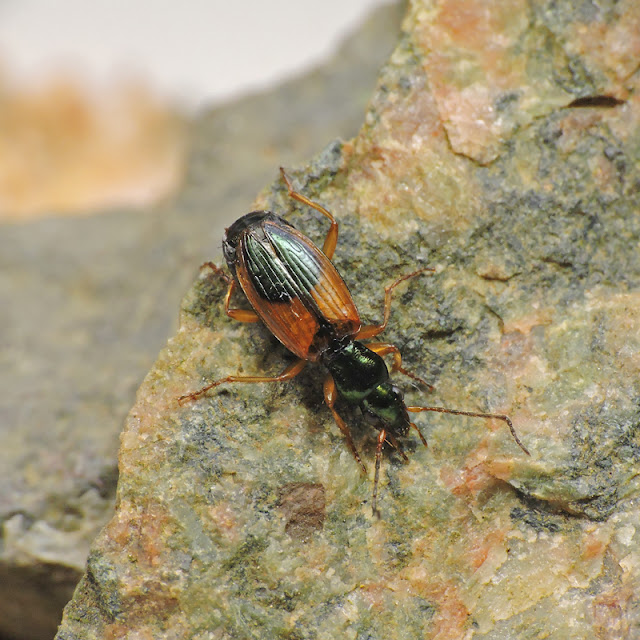 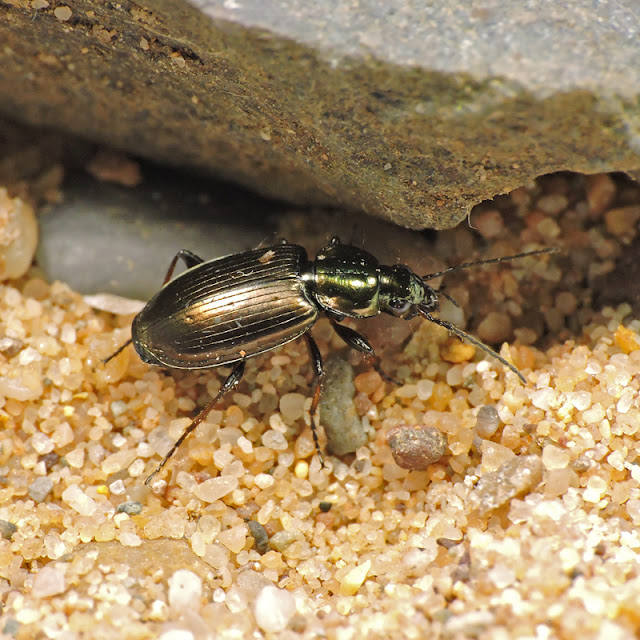 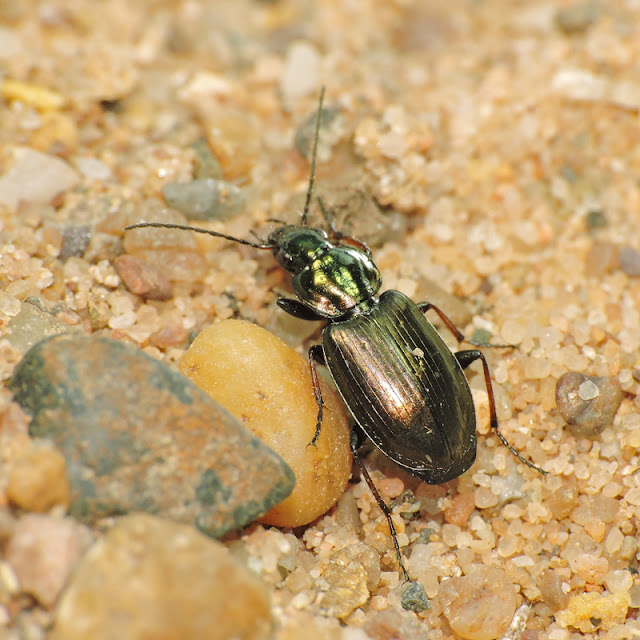 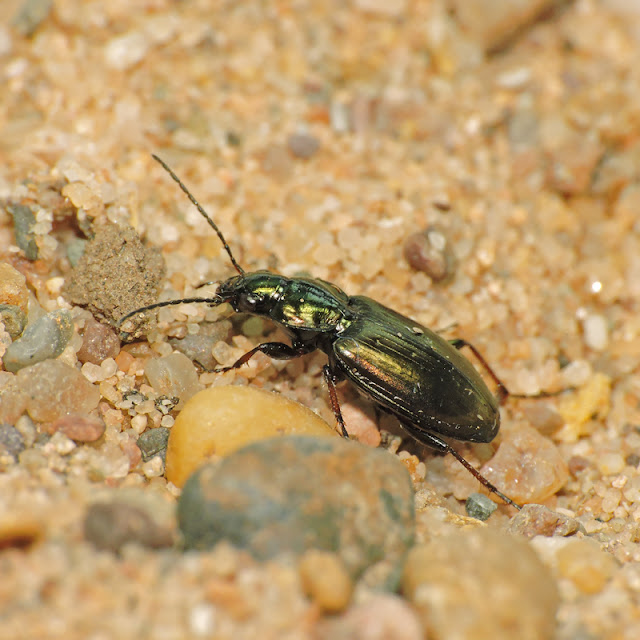 Also from the same night, but found in the moth trap. It's not unusual to find Nicrophorus spp. in moth traps - they are usually docile, stinky and covered in mites. The most exciting thing they normally do is fall off the egg box.

This morning I found one ravaging a Pale Tussock - literally eating it alive. Gruesome but compelling. The Tussock was frantically flapping and kicking, whilst being chewed. 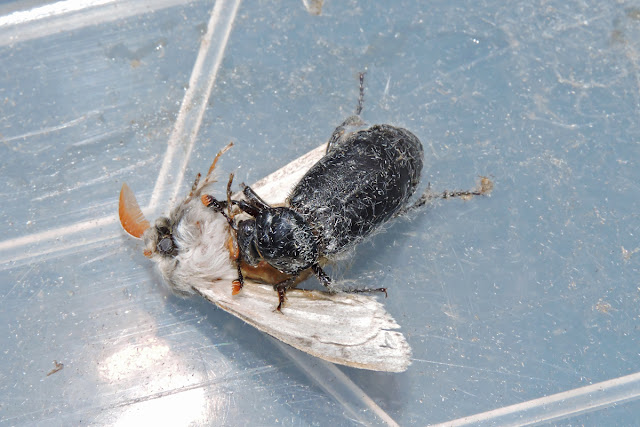 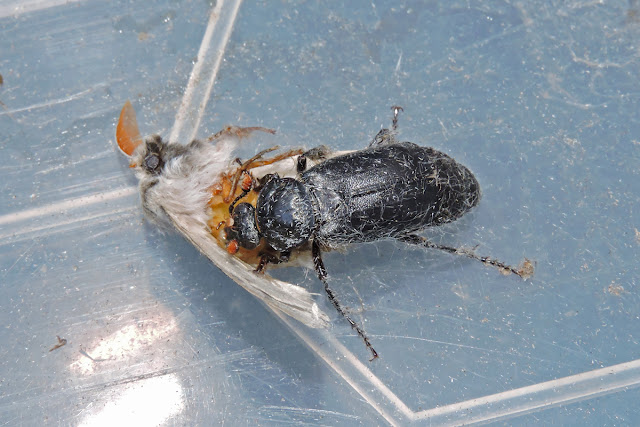 Nicrophorus humator - covered in Pale Tussock whilst eating it. 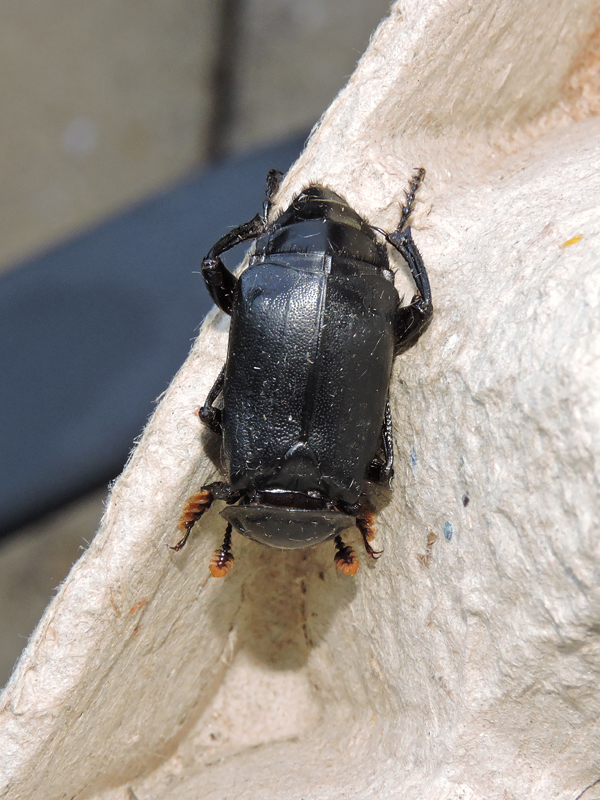