I'm going back a few days now - time flies and all that.

Back on Friday 2nd June I headed over to my favourite site in VC55, Ketton Quarry. I remain convinced that this is one of - it not the - best sites in Leicestershire and Rutland. The varied habitats, and the fact that it is close to interesting sites, make this a place where it is easy to spend hours and still find new and interesting stuff.

The site is managed by the LRWT. It's formed from the oldest ex-workings of a limestone quarry, and indeed a very large quarry remains active immediately on the north and west of the site. The quarry feeds the Ketton Cement Works that is east of the reserve, but also still supplies Ketton Stone for building works. The reserve lies just north of Ketton village, accessed from Pit Lane. The deepest part of Rutland Water and the dam are to the north-west, and North Luffenham airfield is to the west. 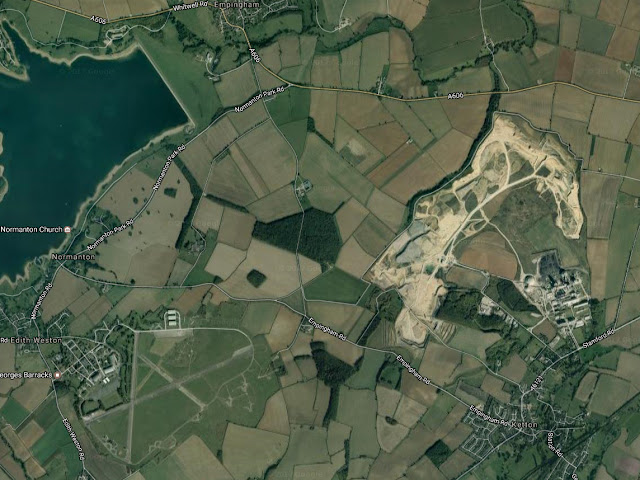 Both the reserve and the working quarry have produced some fantastic nights moth trapping (like this one). But the reserve itself is also excellent for inverts, flora, reptiles and mammals - in fact the only group that is perhaps a little underwhelming are the birds, although I have recorded Nightingale there in the past. And Budgerigar!

On Friday I spent almost five hours on site, and did not see a single soul in all that time. Bliss! I could hear activity from the quarry, but I cannot ever remember going there for such a lengthy walkabout without seeing at least one dog-walker or another naturalist/photographer. I've also bumped into geologists there before now.

I went there with the sole intention of poking around with the camera and a filling a few pots - but not in a gung-ho record everything and sweep/beat everything to death way. I was there to relax and get away from the world for a while and it worked a treat. I'm starting to get some mo-jo back after the best part of two years doing and seeing relatively little.

Here's a few shots from the day, though I recorded a lot more than I did with the camera. 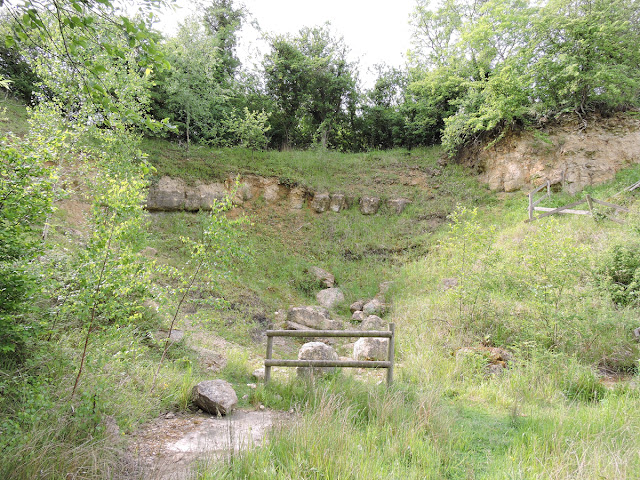 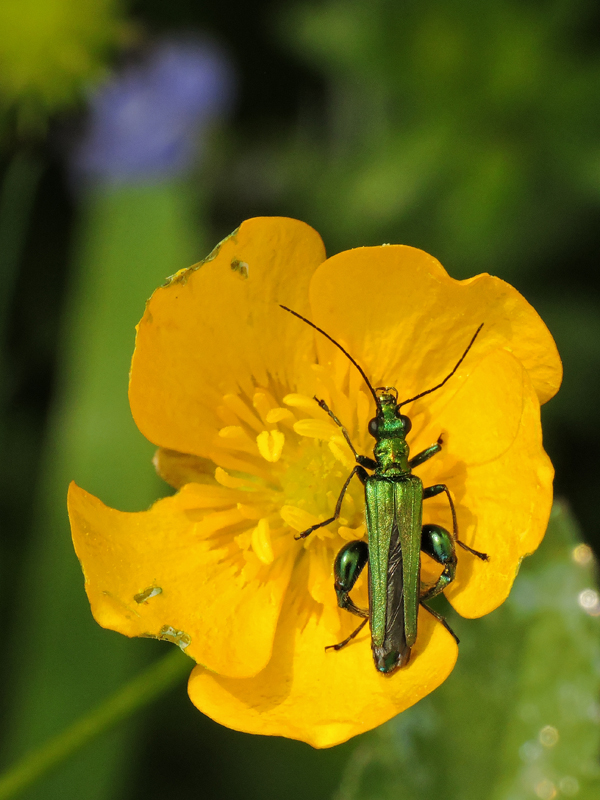 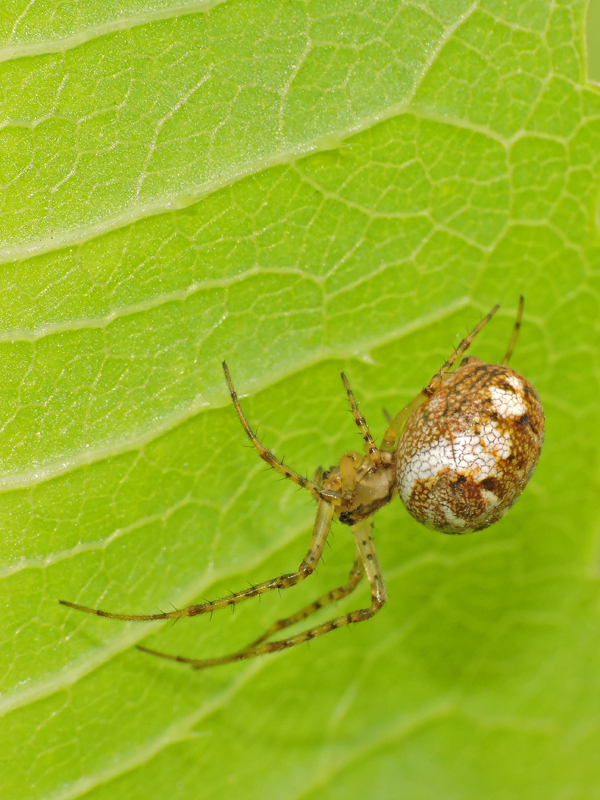 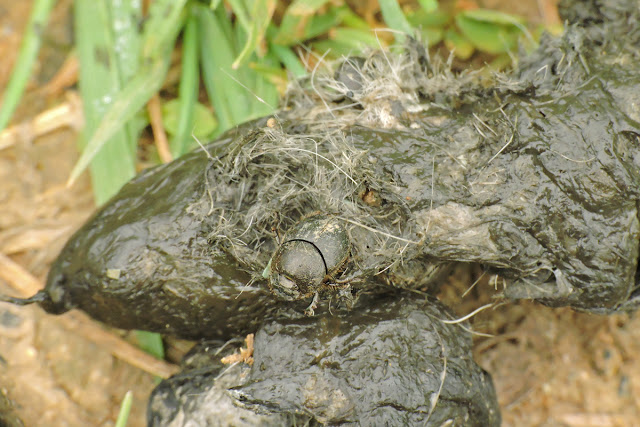 Onthophagus joannae - on presumed fox scat.
Think this beetle has only been recorded from Ketton Quarry in VC55. I found one there before, but on this visit I found at least 20 on fox, dog and badger faeces (I found a number of badger latrines). 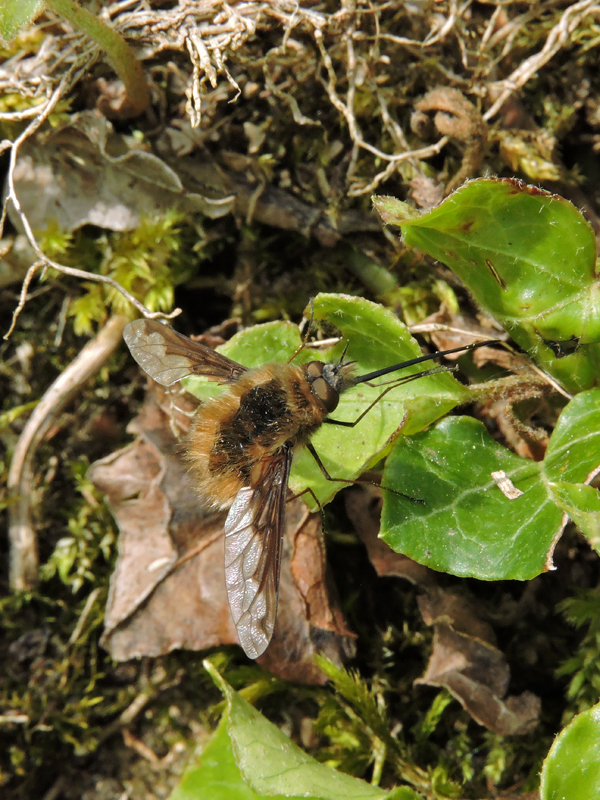 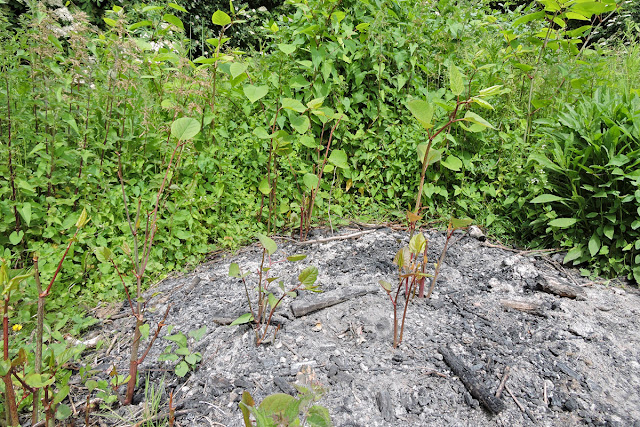 Japanese Knotweed - sadly coming back time after time, on the ashes of it's last growth! 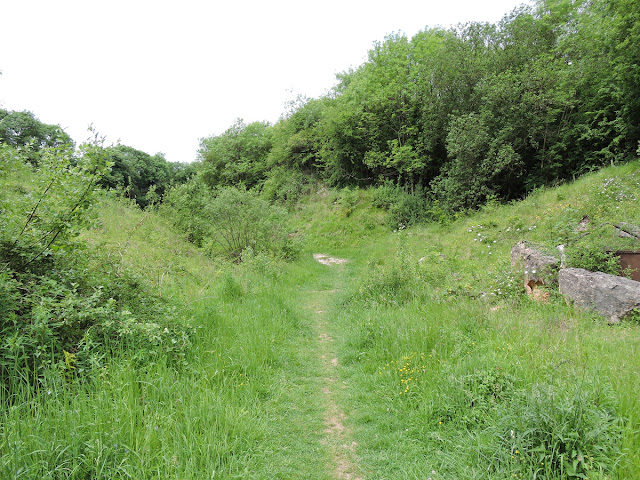 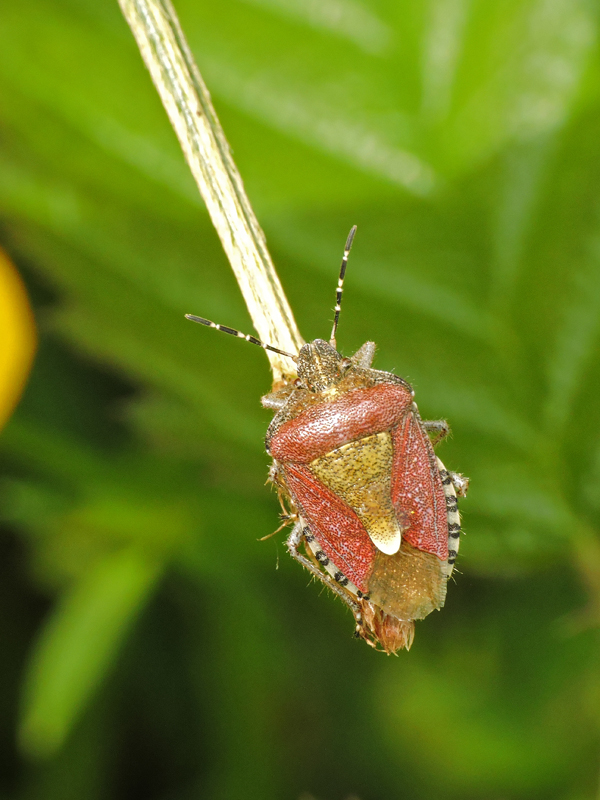 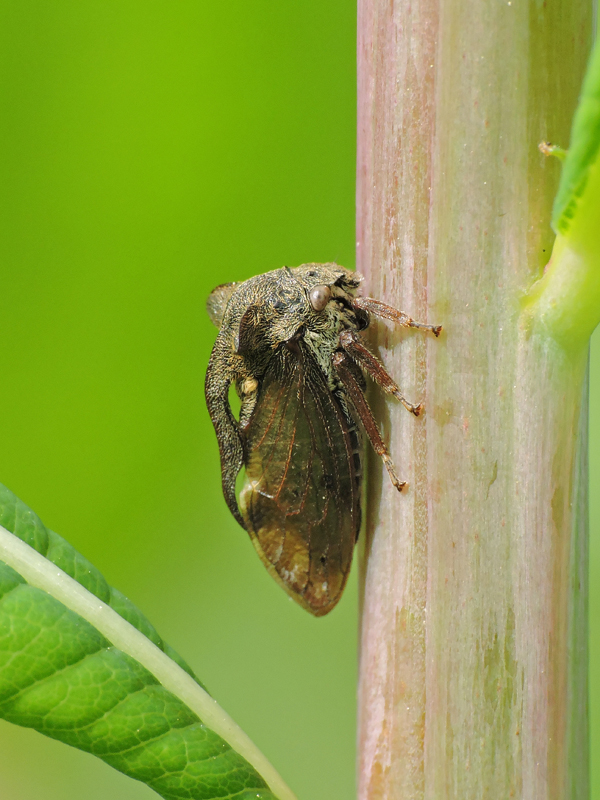 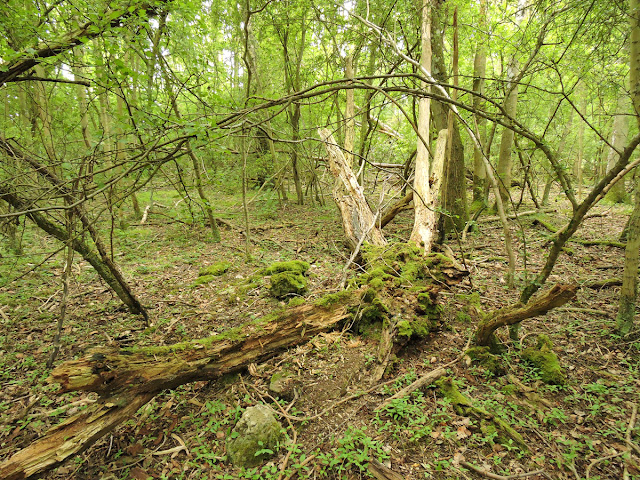 I found a number of carabids under stones and logs in this one area, and I have some to key. They are all typical black carabids that can be categorised by size for the moment as normal, big and huge! 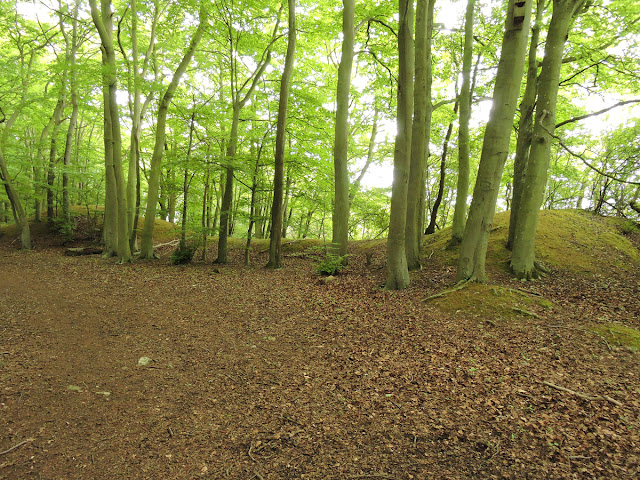 This is on the edge of an area of beech woodland, and those two mounds and strip between them are the only site in whole of VC55 for ...... 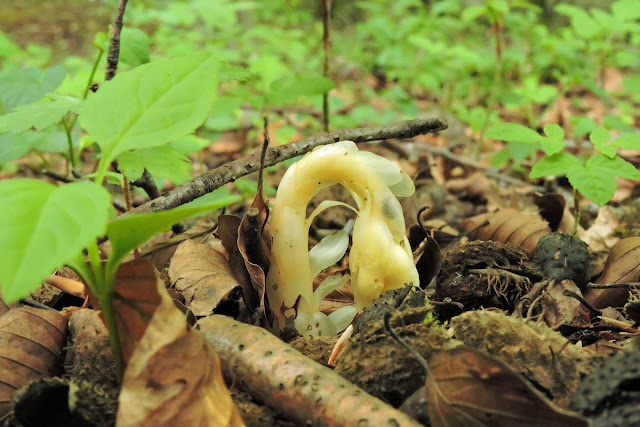 ... Yellow Bird's-nest. Only just emerging, but lots of spikes present. 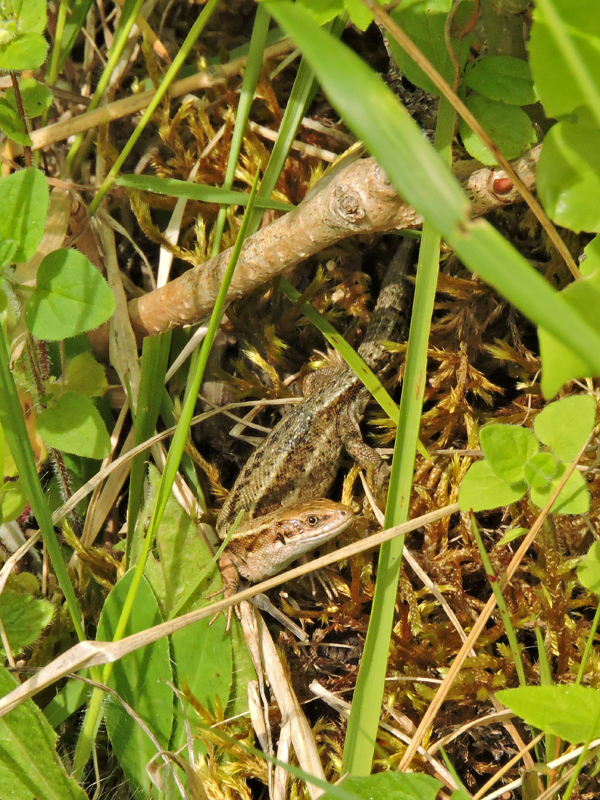 I saw a number of Common Lizards and a couple of Grass Snakes but didn't find any Adders. 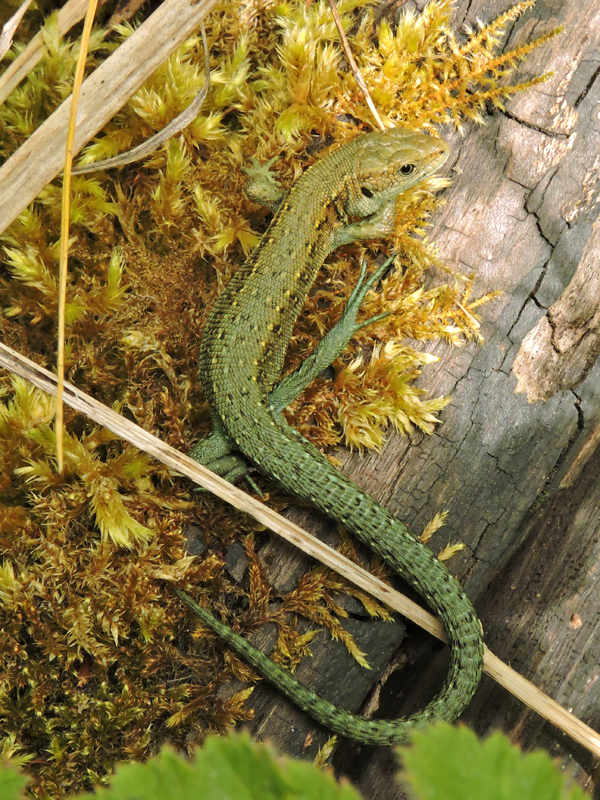 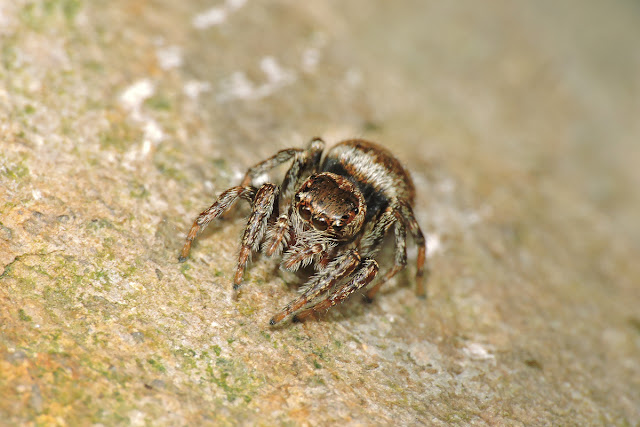 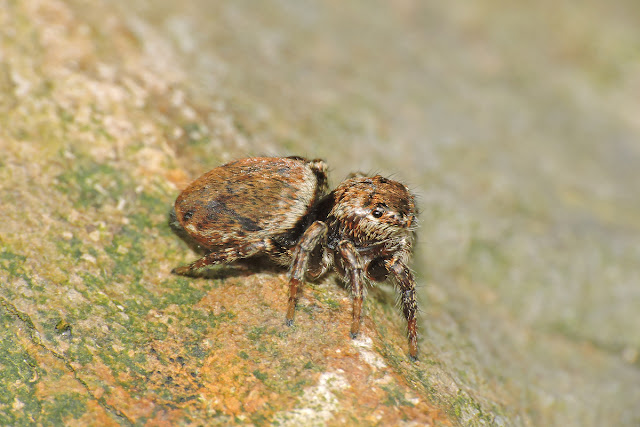 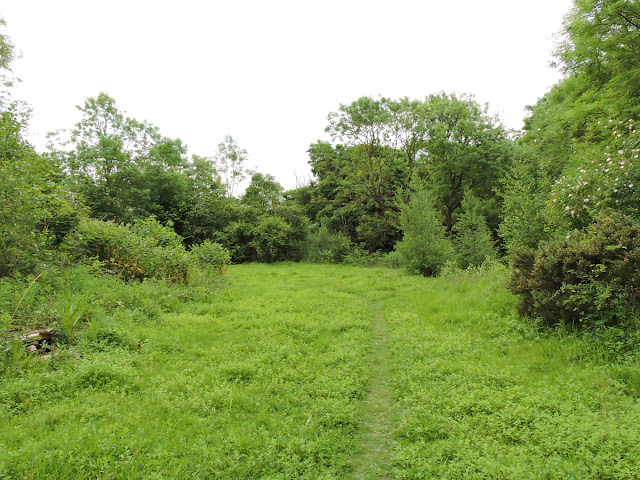