Anyone who read this blog back in the day when I used to actually write one will no doubt recollect that I am somewhat of a fan of Depeche Mode's music. I've got just about everything they've ever released, but have not kept up with videos, DVDs or some of the live releases. I'm also not such a big fan that I travel around the world to catch them live at every opportunity. I have managed to catch them a few times though ......

Between 1993 and 2006, the only full tours I missed were the Singles Tour in 1998 and the Exciter tour in 2001. Over the last decade or so, I've just been so generally pissed off with the way tickets are sold out in seconds on-line and then available for months before the gig on e-bay and other ticket-touting sites that I didn't bother trying. But after 11 years, and with a new release, I was determined to go and see DM live again. So like everyone else, I hustled for tickets and got some. 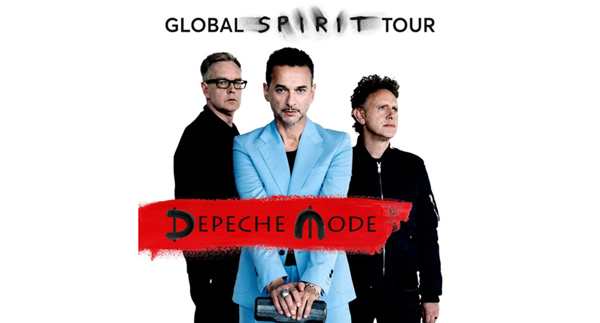 On Saturday night, I headed down to that there London with Nichola to the London Olympic Stadium (now home of West Ham United) and enjoyed what was a superb gig from the Basildon boys. Like their music, the nature of the performance has changed over the years from the first time I saw them 35 years ago - big screens, visuals, laser lighting and they've toured with live drums and guitars alongside the electronics since the Devotional tour.

I wasn't fussed about the support act (The Horrors), but we got into the stadium in plenty of time to take an obligatory selfie, soak up some atmosphere and get somewhere not too close and not too far from the front. In the old days we would of elbowed our way through but I'm much closer to 50 than 15 now! Suffice to say I thoroughly enjoyed it. Dave Gahan is still a superb front-man, and the acoustics in the stadium were great.

The elation of the gig was dampened, but not quashed, by the events that were unfolding around London Bridge whilst we were at the gig and as we left the stadium and tried to make our way back across London. We got home safely, albeit at 03:30 after leaving the stadium at 22:45. 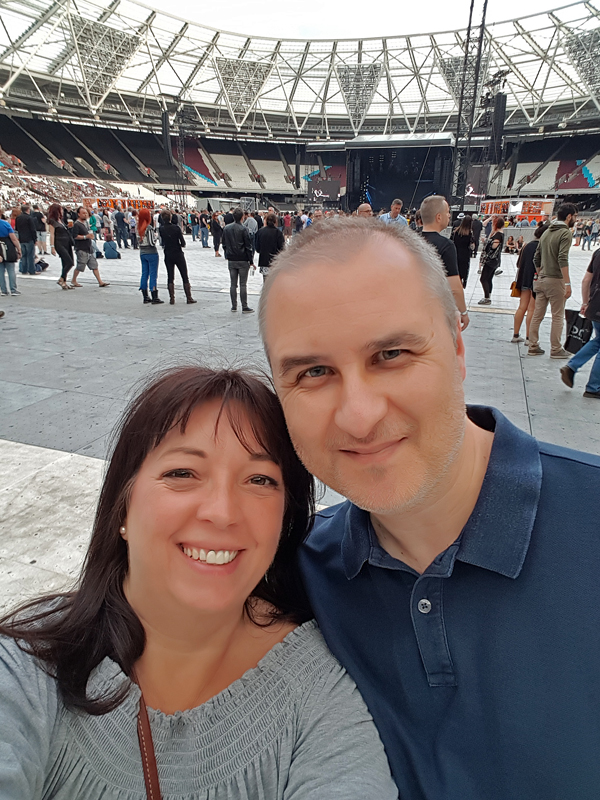 Obligatory selfie before heading towards the stage.

The crappy photos of the stadium are from my iPhone, the photos in-concert are from Nichola's Samsung Galaxy. I'm going to ditch my iPhone and get a Samsung for the far superior camera! 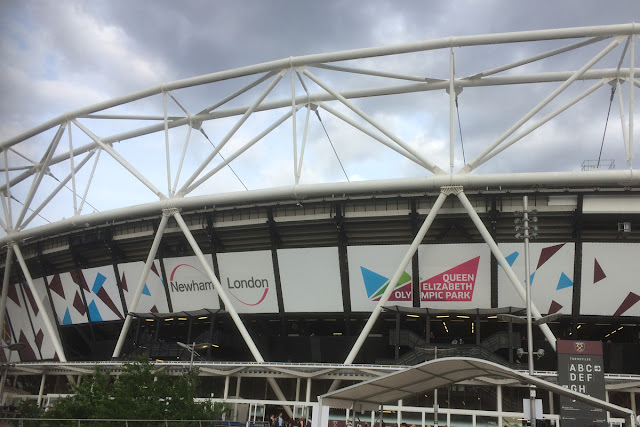 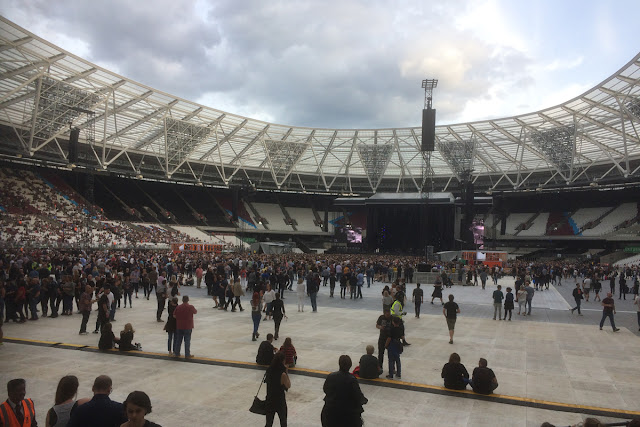 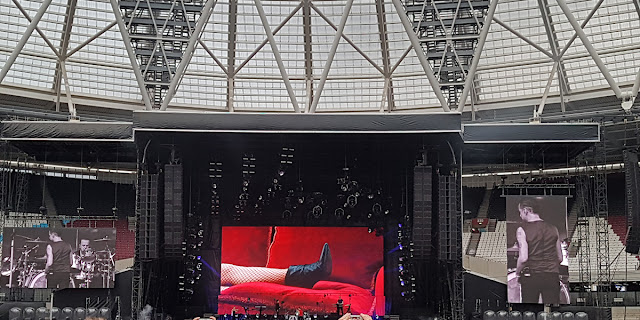 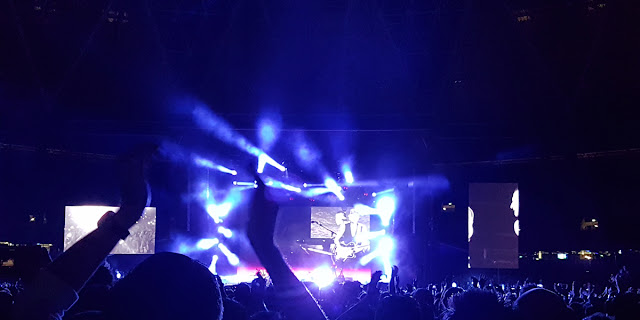 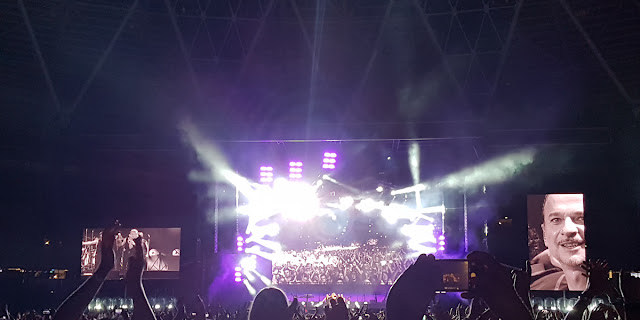 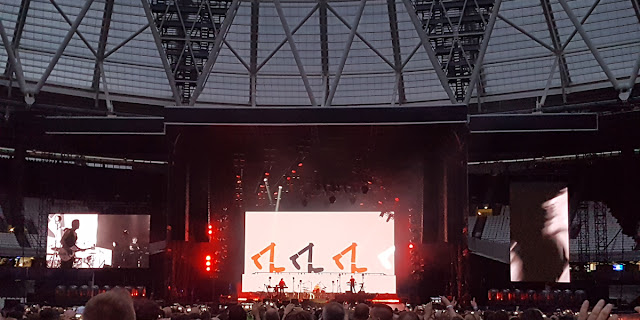