I can't remember (and can't be arsed to look back) whether I ever mentioned that the family acquired a cat back in autumn 2014. I never wanted a cat, family were adamant they did. In the interest of family peace, as always, I being the man of the house backed down and gave in. So we have had a cat for over two years. He's a git. I could fit cow bells on his collar and he'd still manage to catch something. He's not exactly proficient - it's not like we have mounds of corpses every day - but he does catch the odd shrew, vole, mouse and recently mole! He also had a nasty turn a couple of weeks ago, quite likely after having had a toad in his gob. How I laughed at that as he slobbered and foamed at the mouth for an hour before and after having his face liberally drenched in cold water.

Anyway, this evening he had a Wood Mouse giving him the run around in the garden. The mouse had the upper hand, but nevertheless I stepped in and saved the mouse. I took a snap, figuring that the temporary blindness and subsequent heart failure would still be better than being played with by the git.

Here's Jerry, shortly before he scarpered for good, free of feline jaw around his scrawny neck. 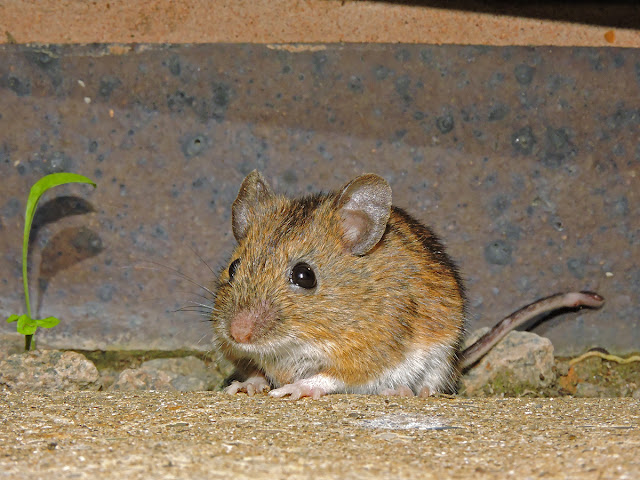 The other thing that the git cat does do, which appears to be beneficial, is deter some of the moth-eating early morning birds. Quite often in the past I've had to race the juv Blackbirds and Robins to the traps, but I've not had any problems so far this year. The fact that the bleedin cat probably eats the odd moth still outweighs the lack of moth-munching thrushes and chats.

Here's some recent garden moths that neither he or any birds munched. 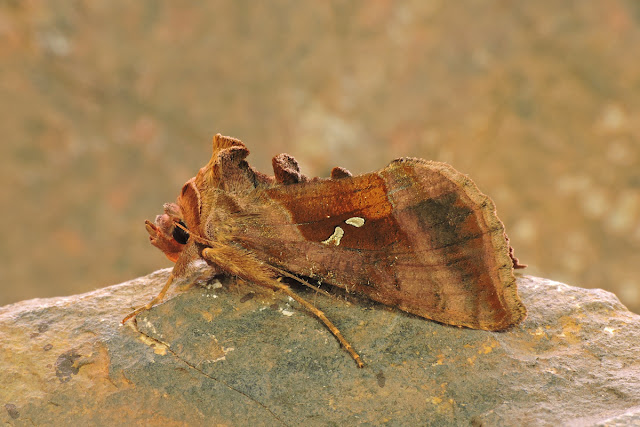 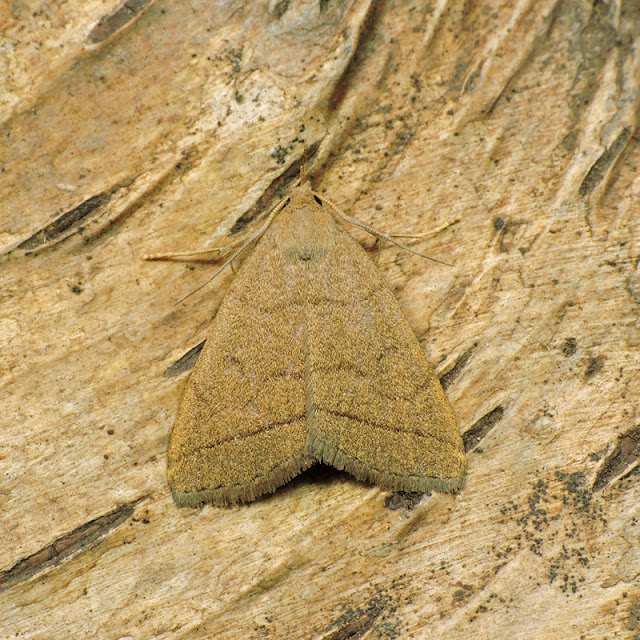 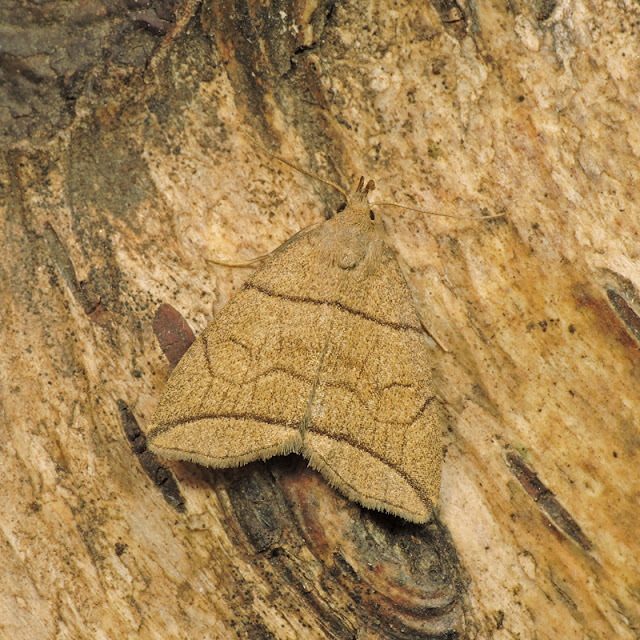 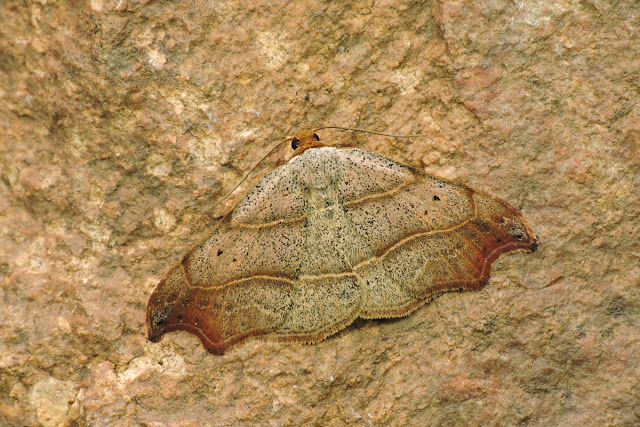 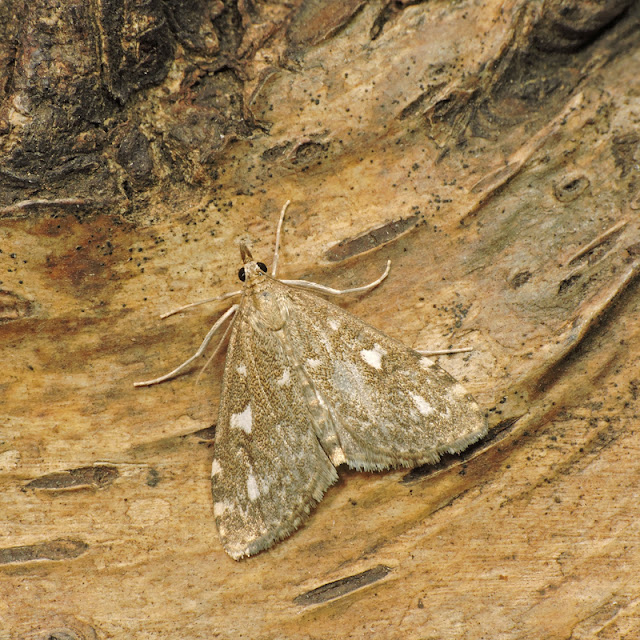 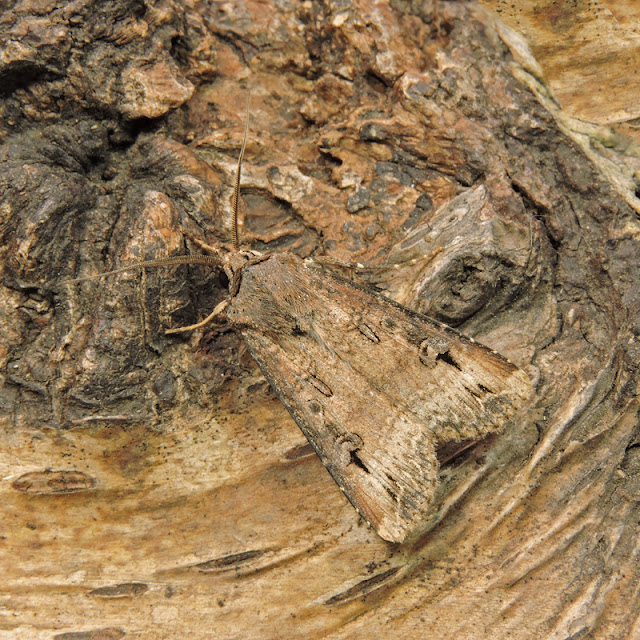 This small male is almost certainly a primary immigrant, and the first in the garden since 2013. It's also the earliest I've taken one during a year - the previous earliest coming in late July.
Posted by Skev at 22:46