I had a few things to do on Saturday morning, but I was aware that a Rose-coloured Starling was knocking about in Measham over in the north-east of Leics. I've seen a number of these over the years and I think they've all been adults as this was, including one in August 2002 at Medbourne in Leics. Still, by mid-afternoon with no other plans I headed over to have a look and poke my lens at it. The only flaw in this plan was that the early morning clear skies were now decidedly gloomy.

I had no updated news since 8:30am, but just headed to the general area it had been knocking about in - a cluster of streets named after poets. As I slowly crawled around in the car, I somehow managed to miss the group of birders that were bunched together and instead found a lone photographer pointing up at the lone bird on a TV ariel .... 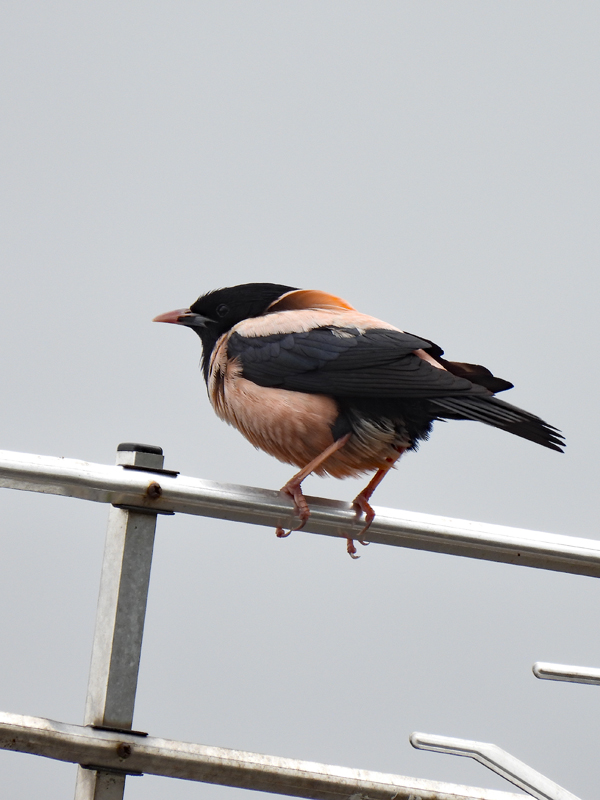 I managed a couple of quick shots, and then it scooted off. It was only then when trying to relocate it that I found the masses a couple of streets away, and evidently the starling had re-joined it's more vulgar congeners. It was just as well I'd come to the right place at the right time by all accounts, as some had been looking for it for a while and whilst talking to Rhys Dandy it was his fourth (very local) excursion to see it but the first that he had done. I managed a few shots, I was going to say of variable quality but actually they are all a bit duff - poor light and telegraph poles and wires don't make for the best angles. 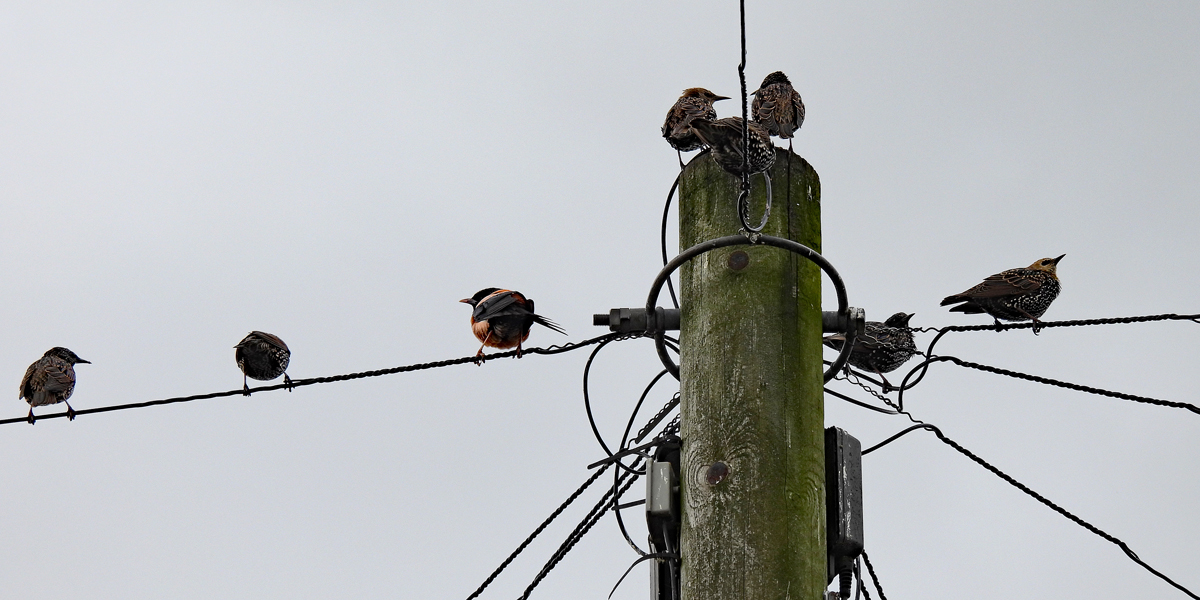 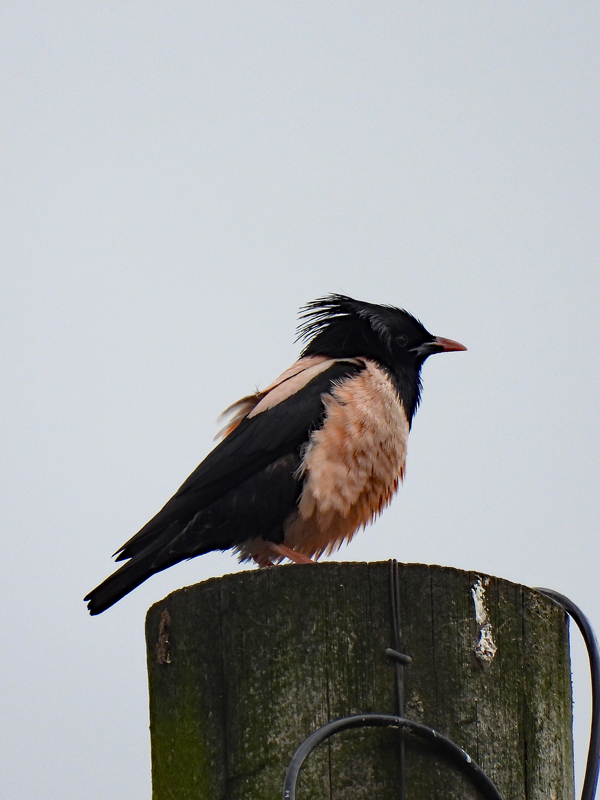 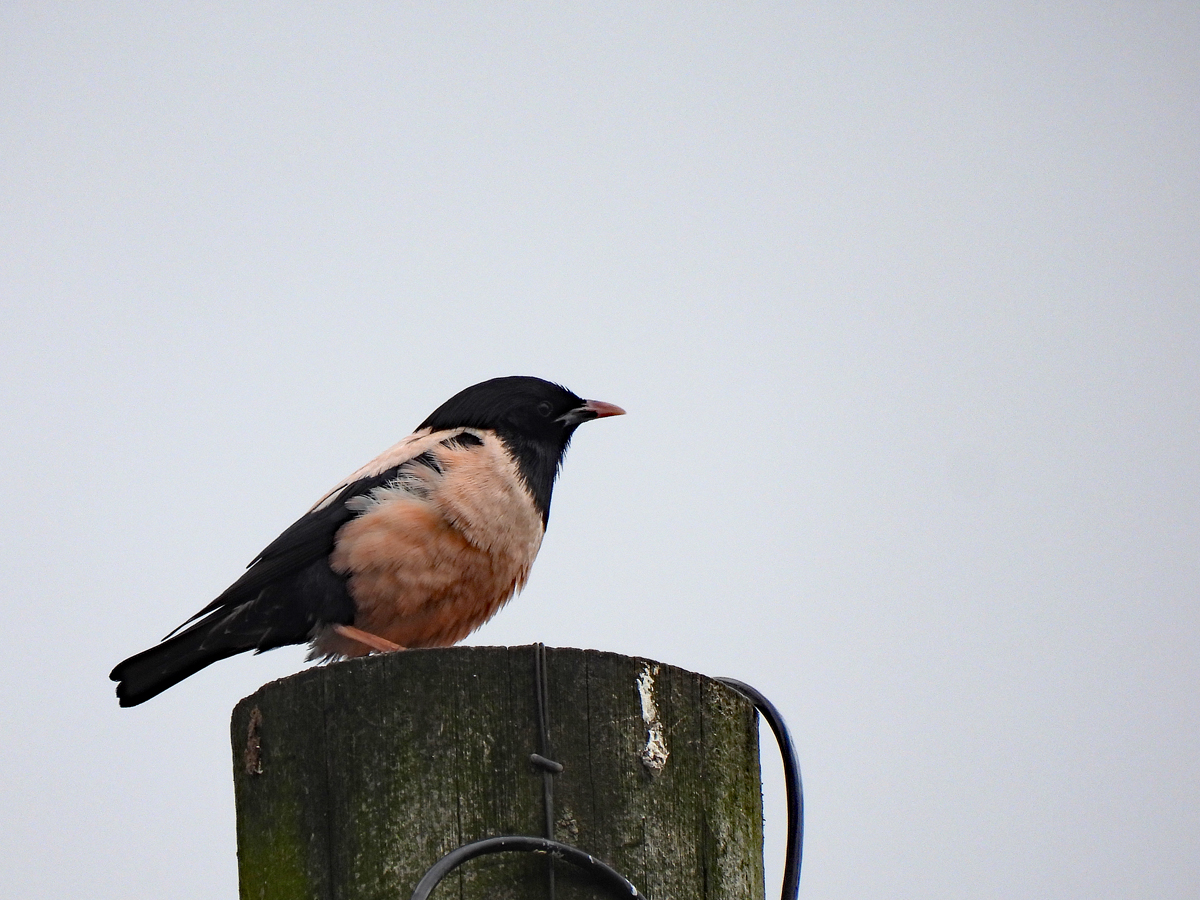 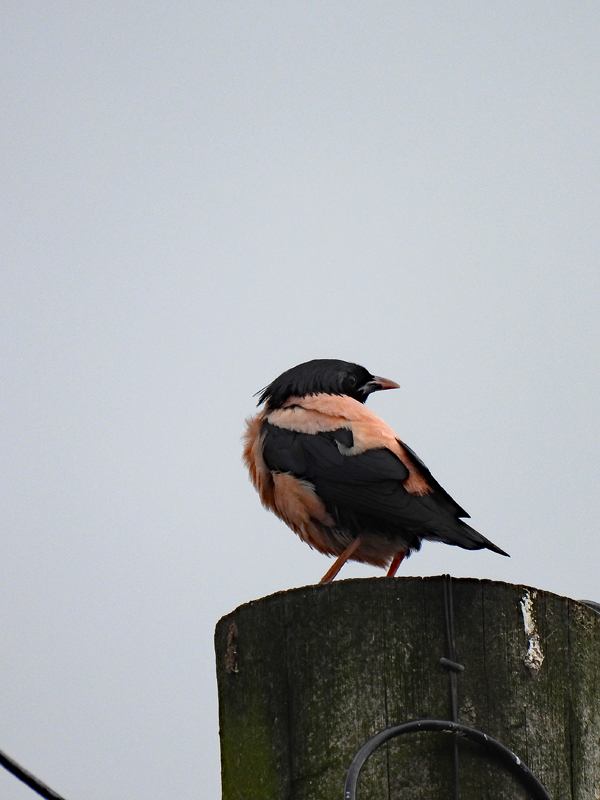 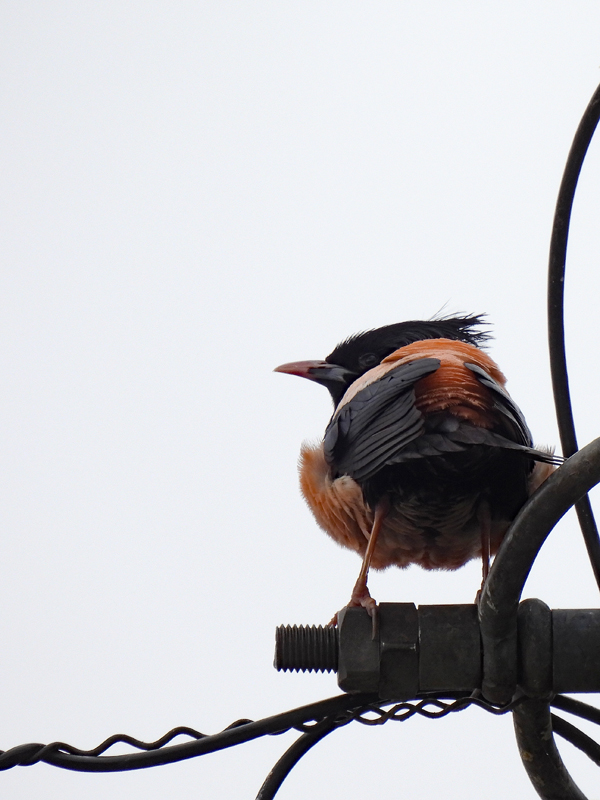 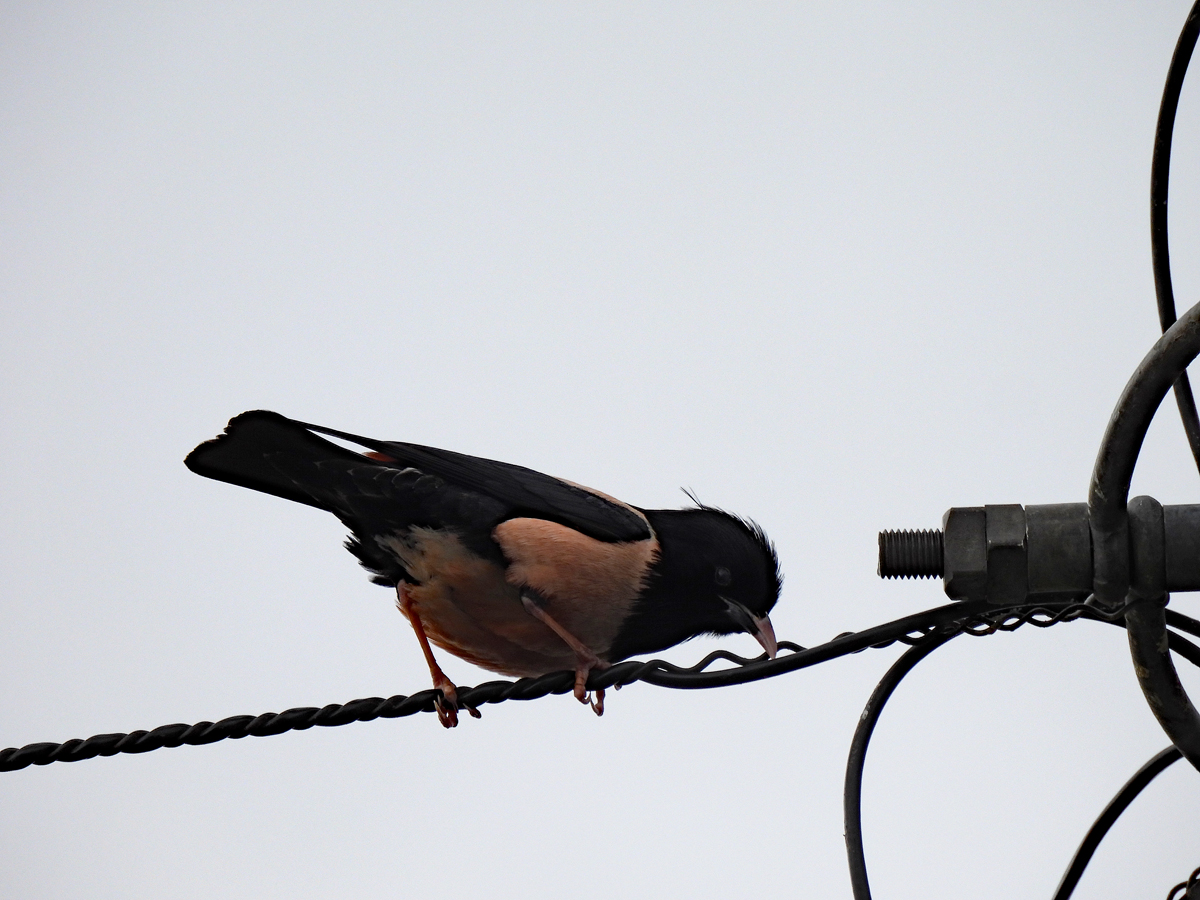