Today has been overcast, humid and very windy. Not ideal conditions for photographing inverts or looking for plant life. Still I gave it a go anyway!

Here in VC55, one habitat we seem to have a fair share of is open space that approximates to heath, grassland or wetland on the banks of working quarries, in the depths of disused quarries and around the scraped out remains of gravel workings. One of these is a long-established and very deep working quarry taking out the middle of the biggest hill and highest point in the two counties - Bardon Hill. 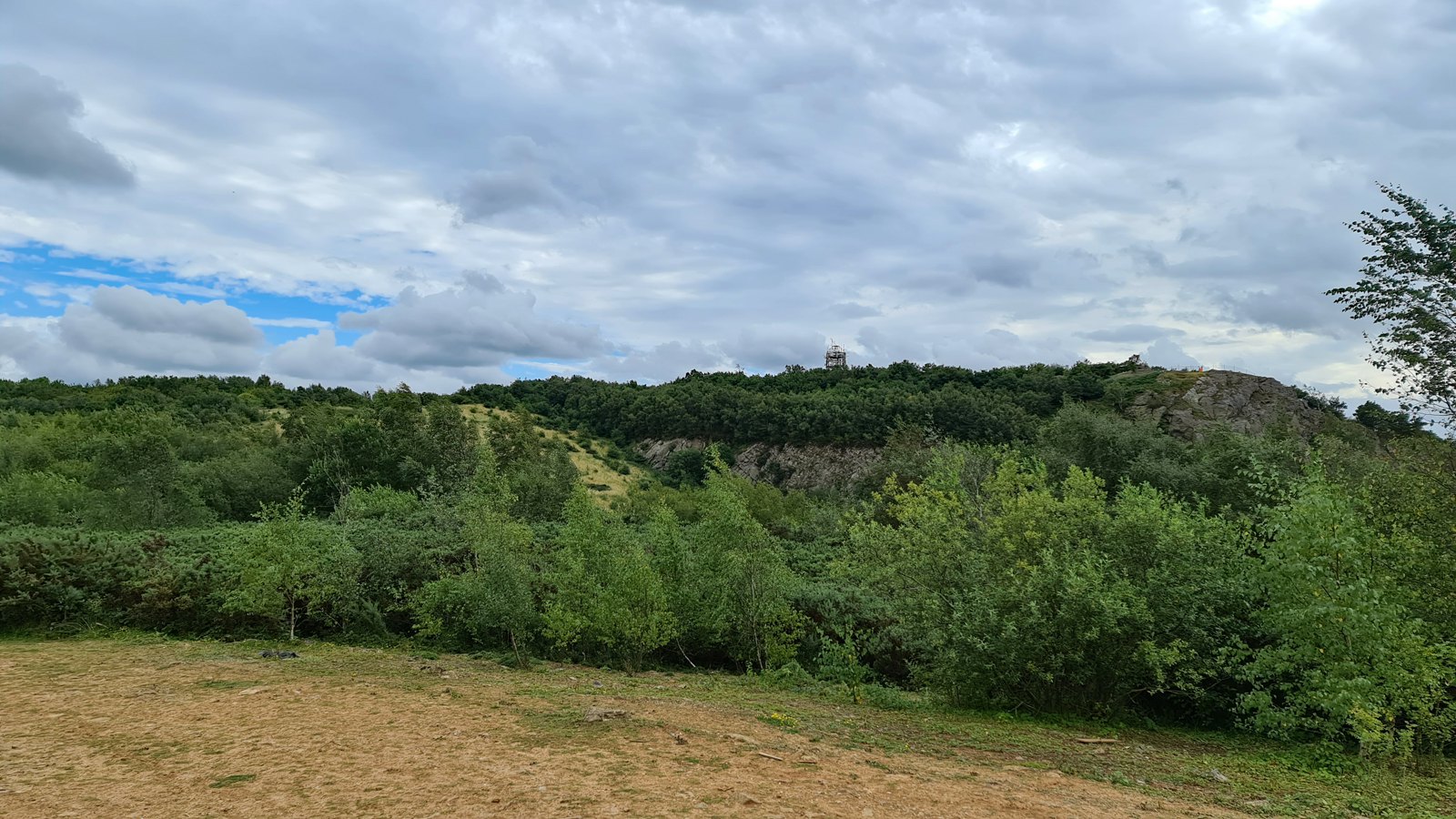 Looking east-ish. That tower construction on right is near to the highest point. 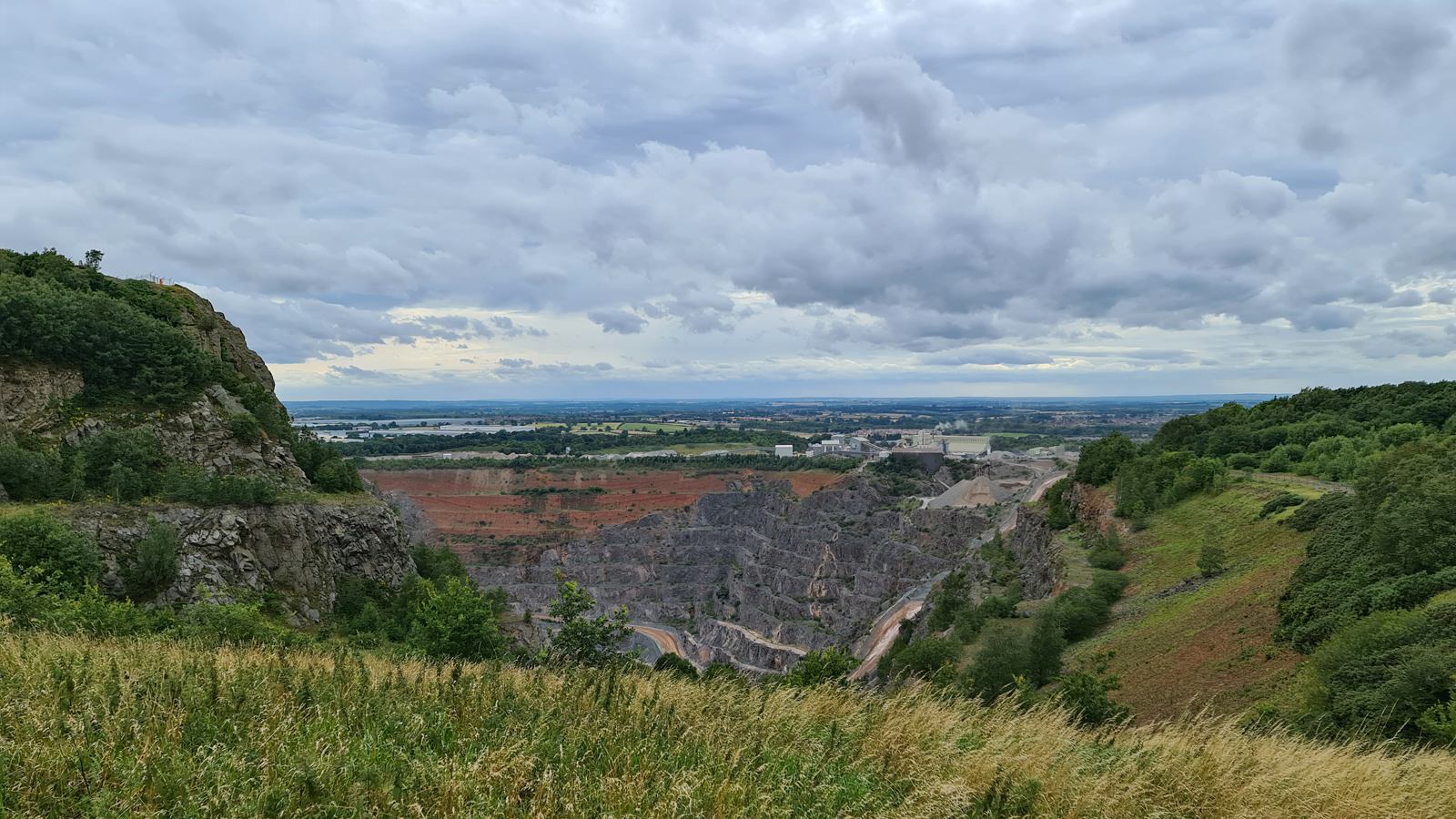 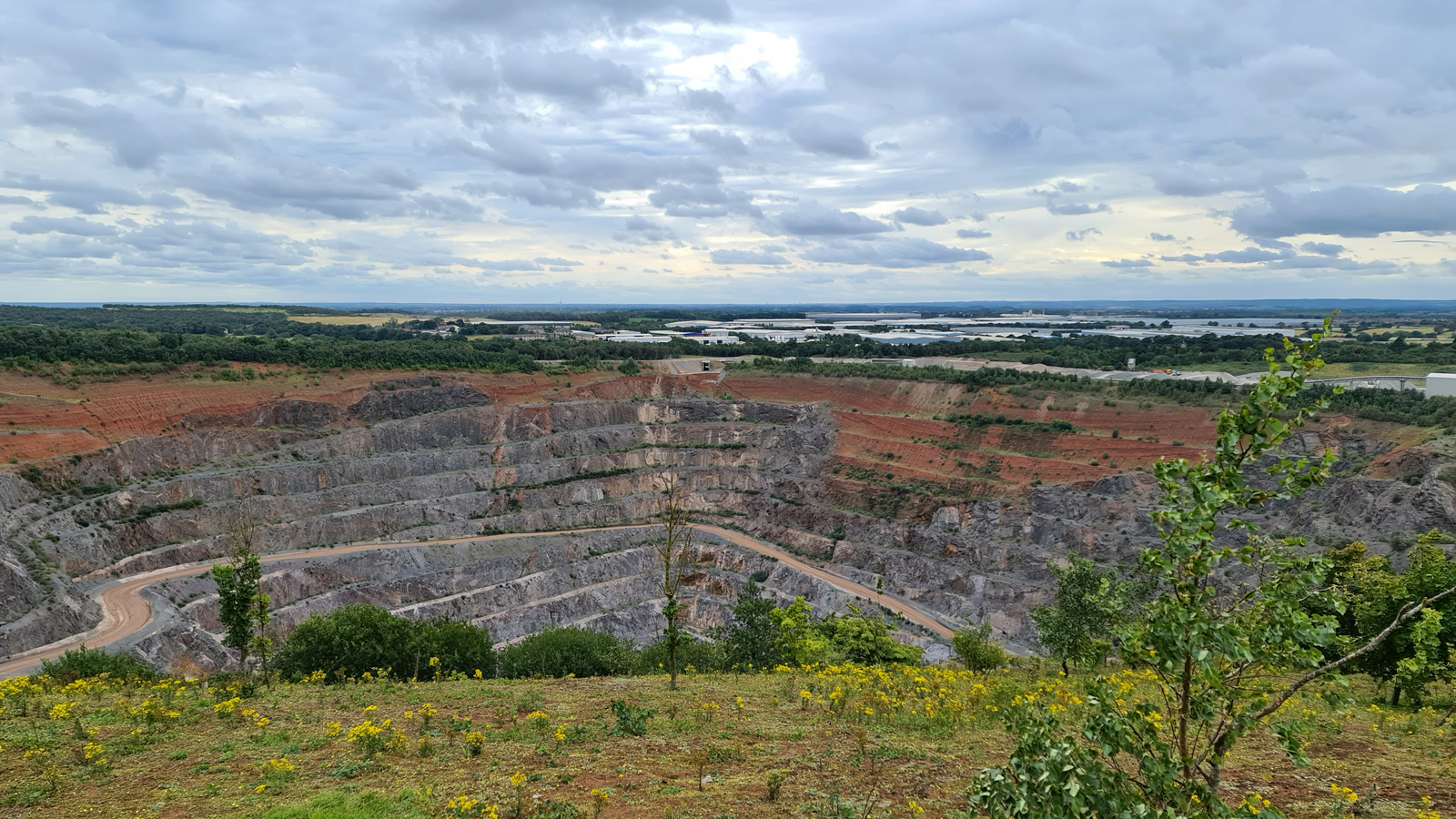 Looking south-west directly across the quarry. It seems bigger and deeper than Croft Quarry.

It's an area that I've not visited for years, and have only visited on a handful of occasions anyway. It is certainly not a place I've ever gone to look for stuff with a sweep net or PSL mind-set. We did run moth-traps here a number of years ago, right up near the tower. Otherwise, it used to be the most regular place for Ring Ouzel in spring when it was a properly scarce passage bird here, before it started turning up in odd places that are easier to see and watch. I also remember one occasion walking/carrying/dragging Isabelle up to the summit in September 2000 when she was a month away from her fifth birthday, when Honey Buzzards were passing over the country and (relative to the county history) Leics. in stupid numbers. And not seeing one! That probably put her off birding for life.

It's not exactly a mountain, but it's a fair slog to walk up from either end where there is access from Whitwick.

There is a lot of regenerating heather and birch scrub, apparently after clearance of gorse and brambles. There are also large expanses of rough ground that are littered with various wildflowers. 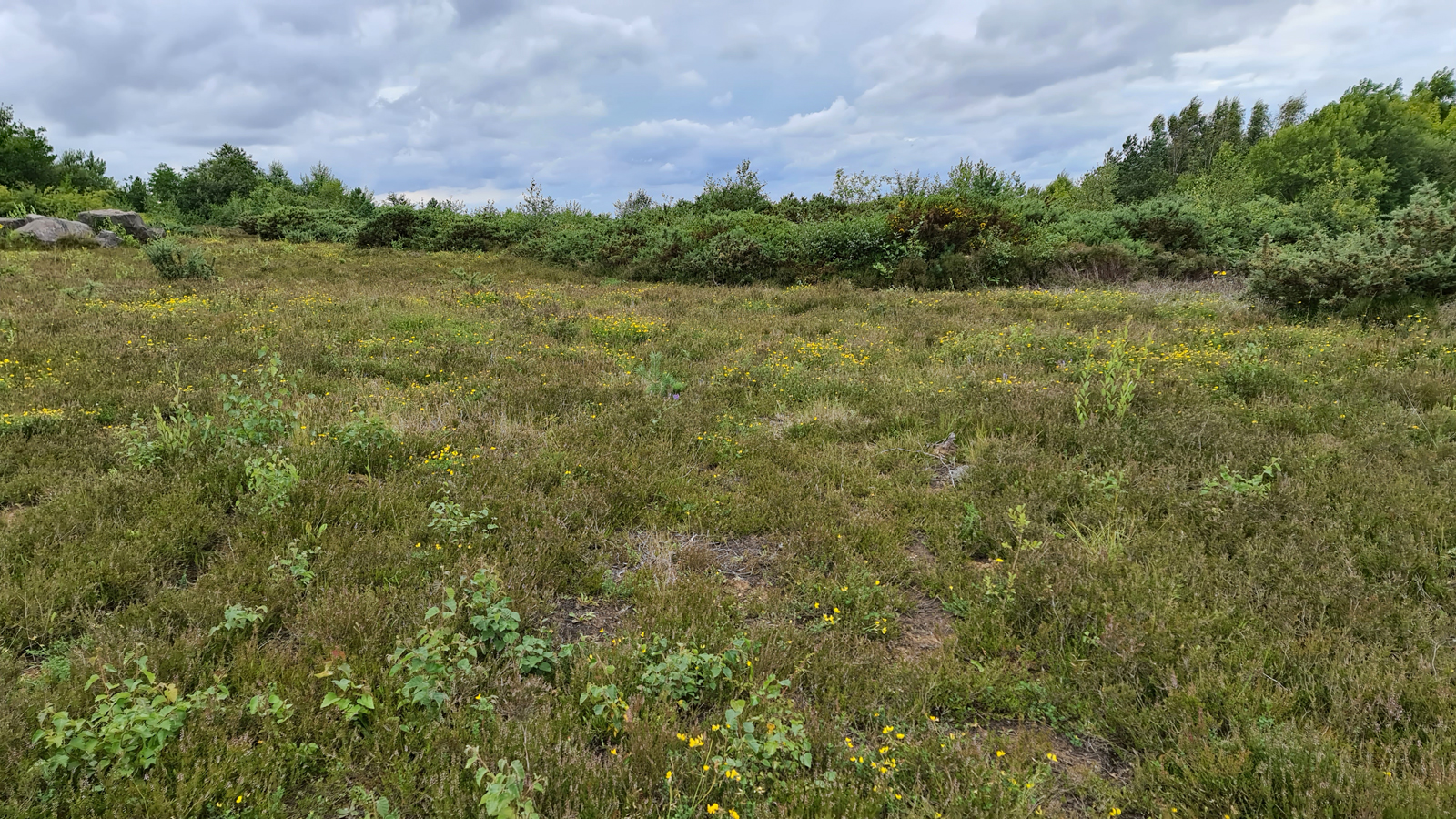 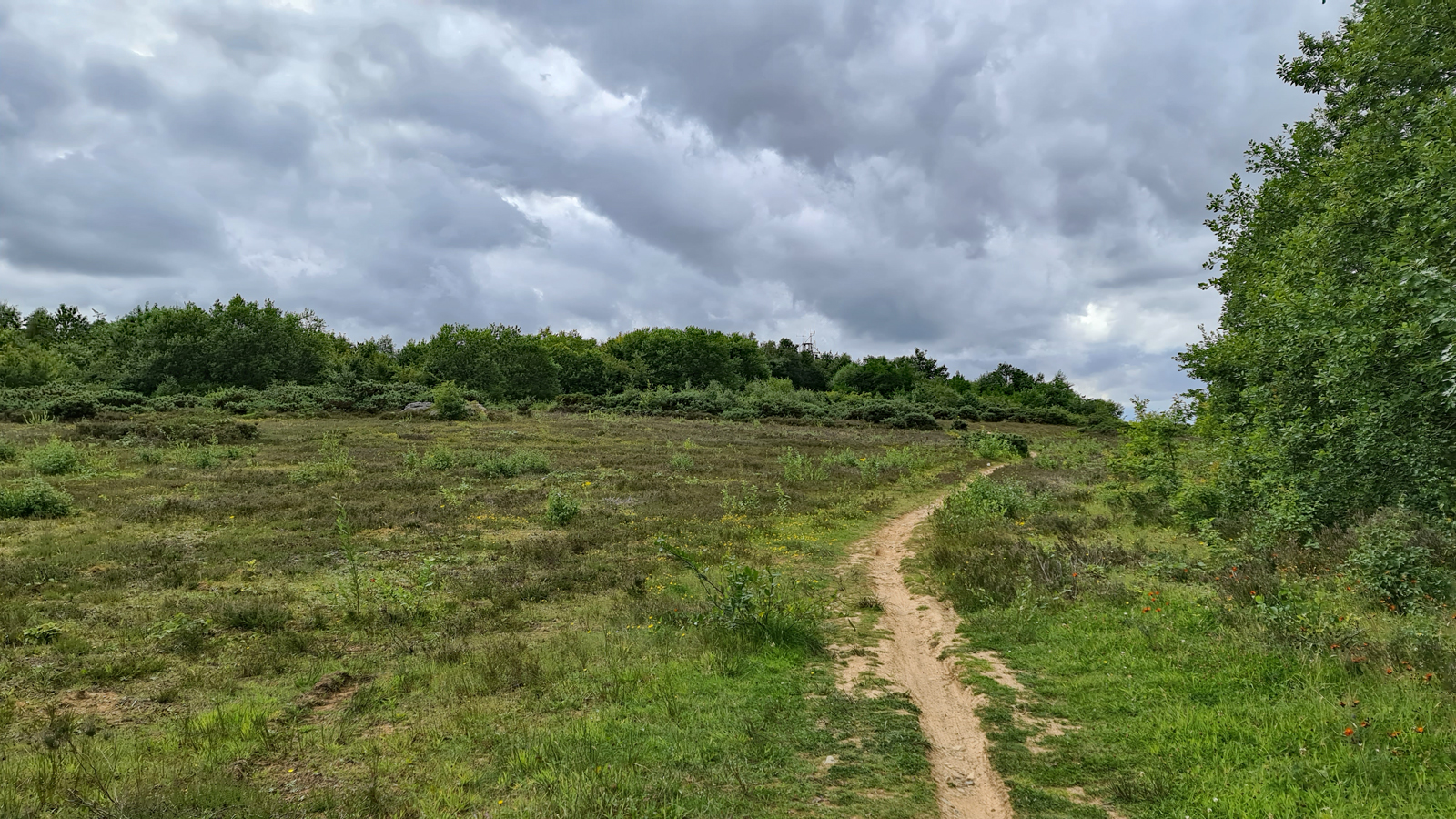 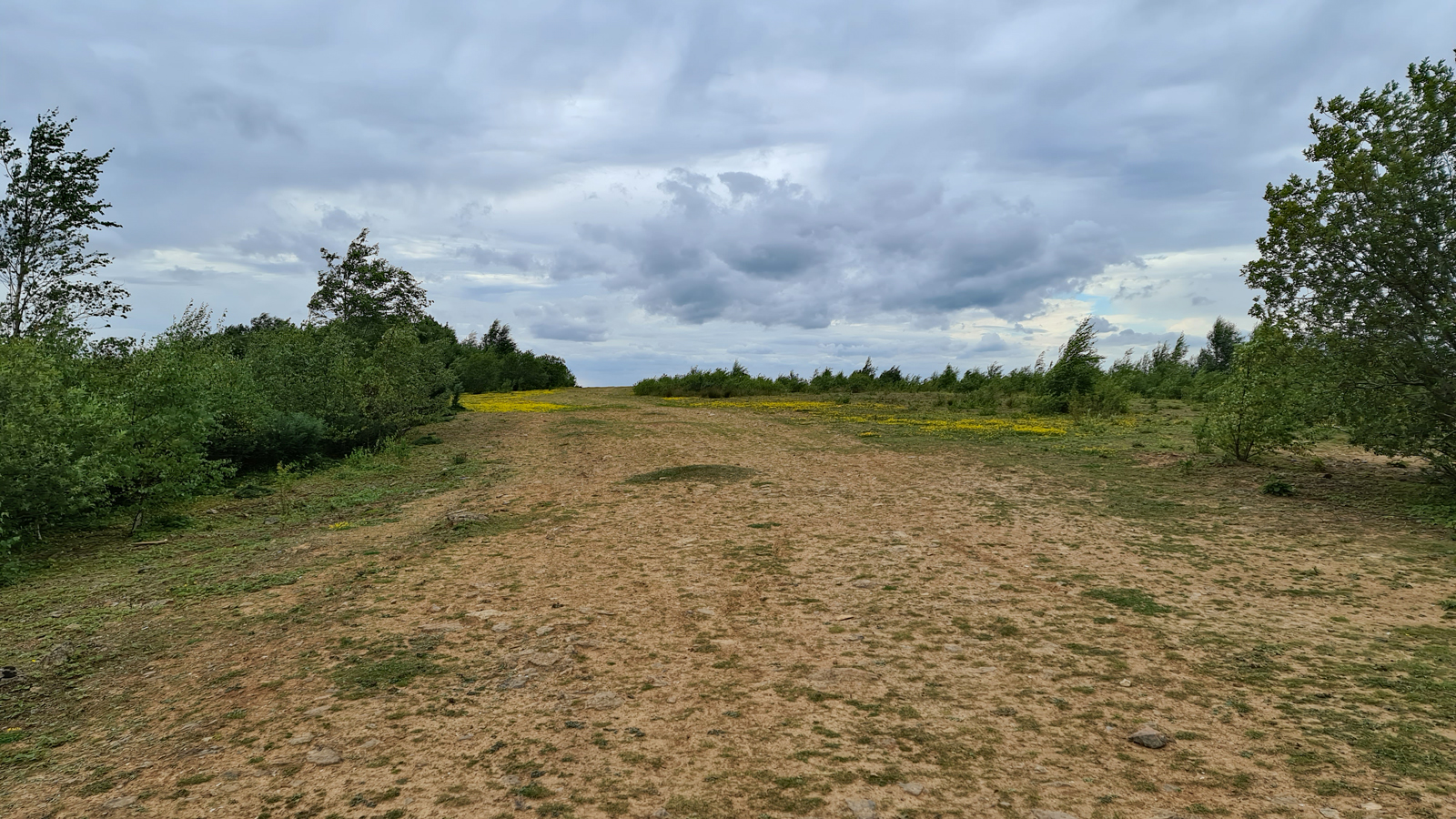 What these shots do not show was just how windy it was, especially once I'd walked around from the eastern side to the northern side which was more open looking over the quarry.

Look down at the ragwort, and imagine getting a photo of the cudweed next to it ...

I spent a bit of time sweeping on the more sheltered side (which was still hard work with the wind that there was). Not a lot to show for it, apart from Tortoise Shieldbugs in higher numbers than I've seen anywhere else in VC55 including nymphs. 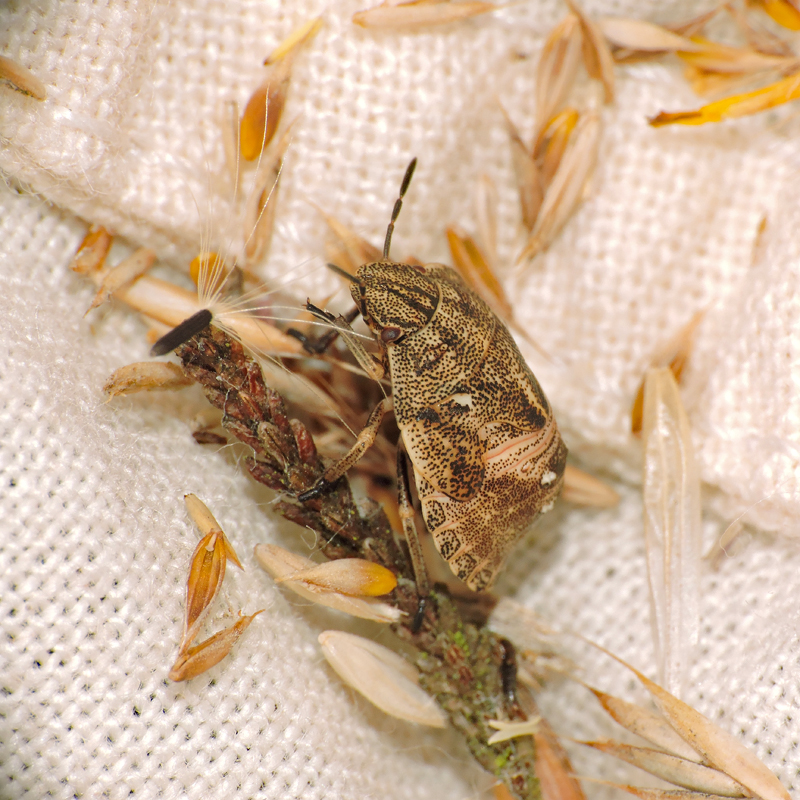 Also an apparent mirid nymph that I cannot name, posted to the Heteroptera FB group ....
Scrub that, it's actually an adult Rhopalid - Myrmus miriformis. Thanks to Maria Justamond. 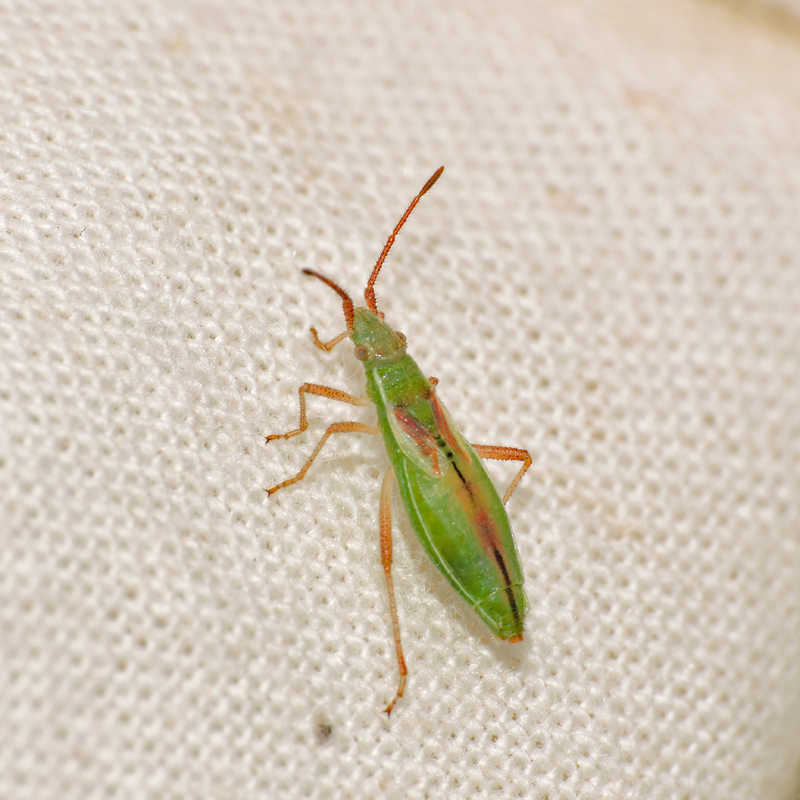 There were a few interesting plants (as in plants I either hadn't seen before or hadn't seen for a while - not genuinely interesting!). Getting photos was only possible if they were in good shelter behind huge boulders or bushes. The best of these was Wood Sage, which I've not seen before and seems to be restricted to Charnwood in VC55, though I found plenty of it here. 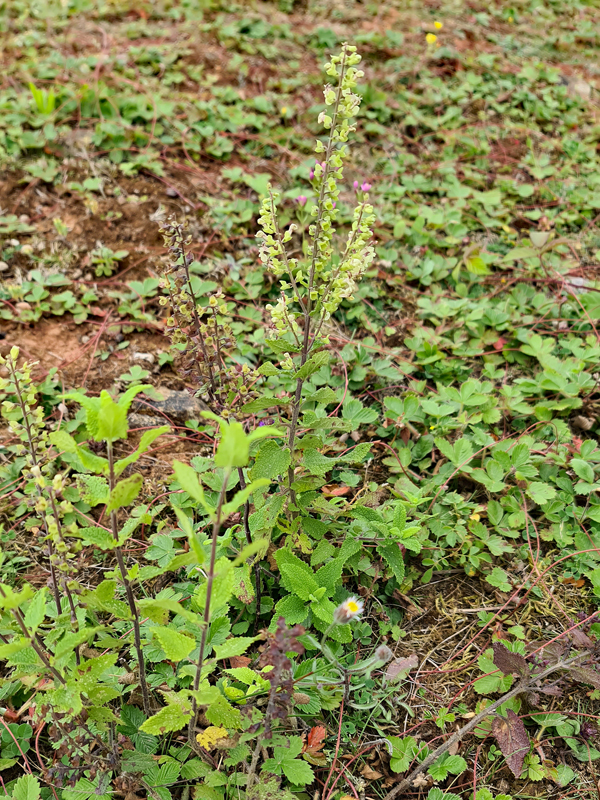 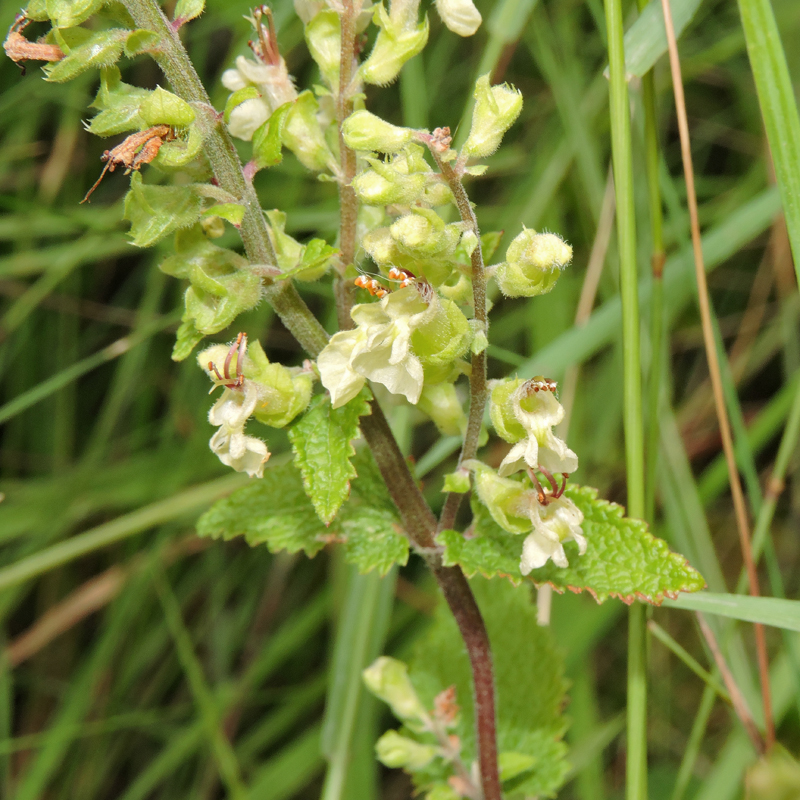 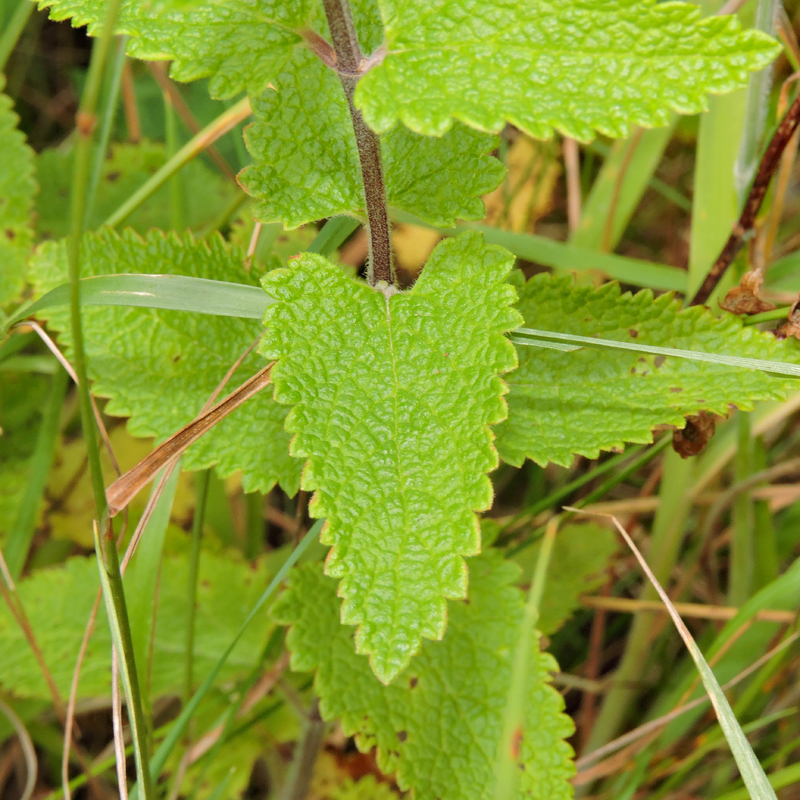 Blue Fleabane seen but evaded a decent photo. Otherwise I snapped these .... 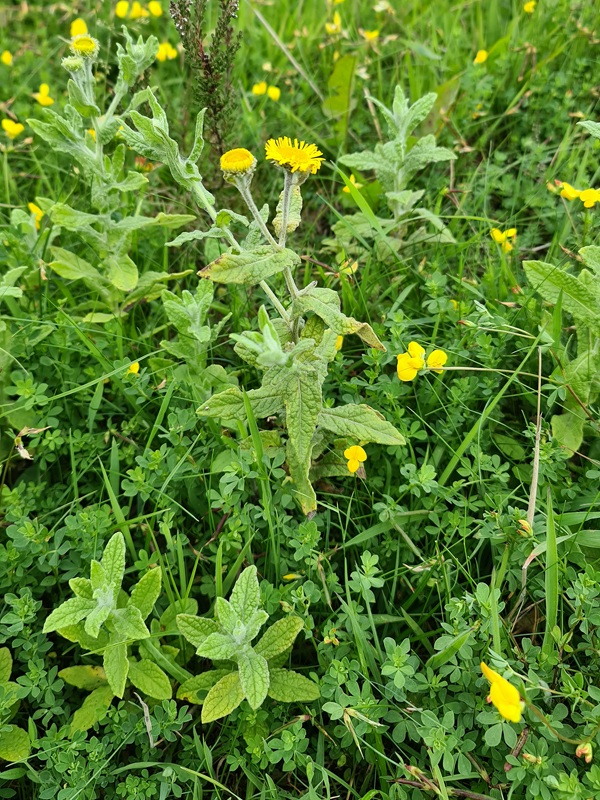 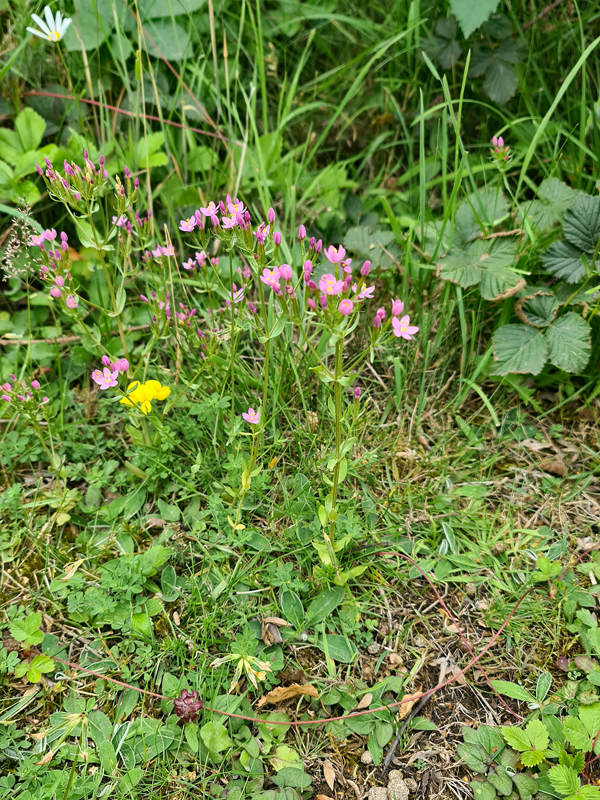 Havin had a look around, it is definitely a site I will try and get to at a better time earlier in the season in the future.