A Toad in the Hand

Today has been varied. This morning my car was booked in for its first service, so it was duly emptied and had a cursory vacuum and clean out yesterday evening. My boot is perpetually full of ento and birding paraphernalia, plus boots, coat and I've still got a cheap telescopic fishing rod lying around from the 2015 Portland PSL meet-up! Anyway, as usual whenever my car is going in for service or whatever I emptied out all my gear. Nichola was off today too, so after the car was handed over we headed off to a hospital blood test appointment and then off for a pub breakfast. We had a few bits to get from B&Q and another nearby shop, and then headed over the road to Abbey Park, a large area of parkland in the City that has been used and abused by generations of Leicester folk since 1882. 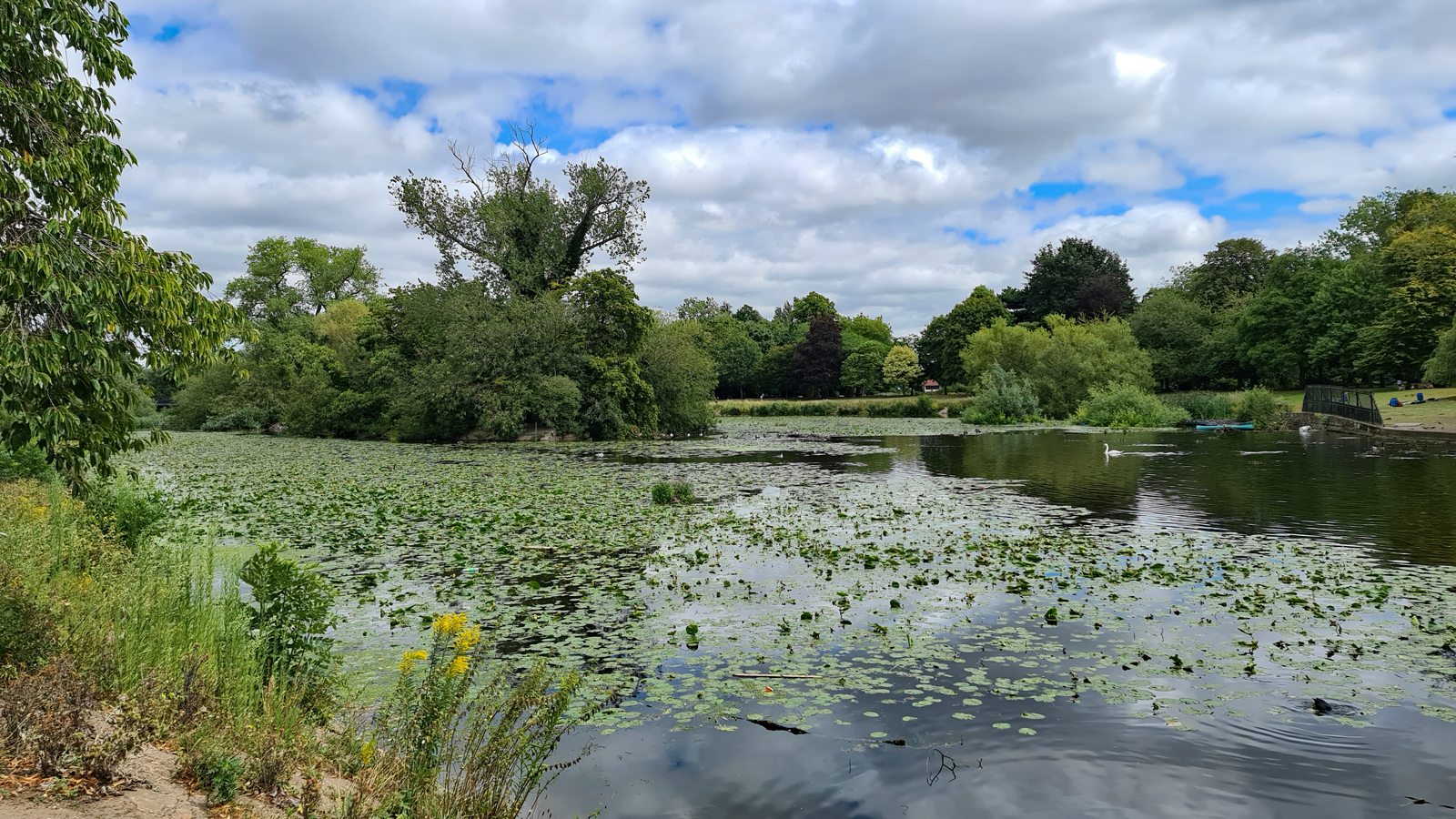 We had a good wander around the northern side of the River Soar which runs through the middle of the park. There are large stone boundary walls around part of the park, which are good for a few plants that were no doubt originally introduced but now flourish in some areas and have spread. 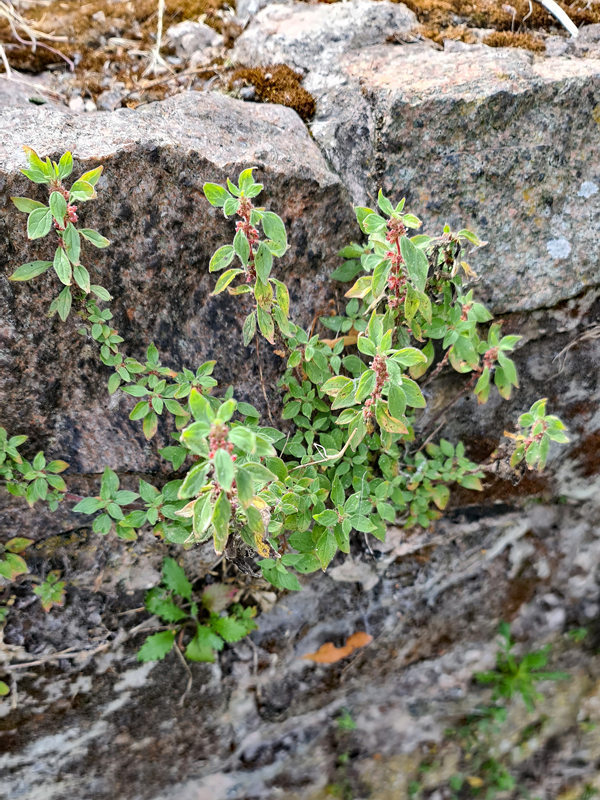 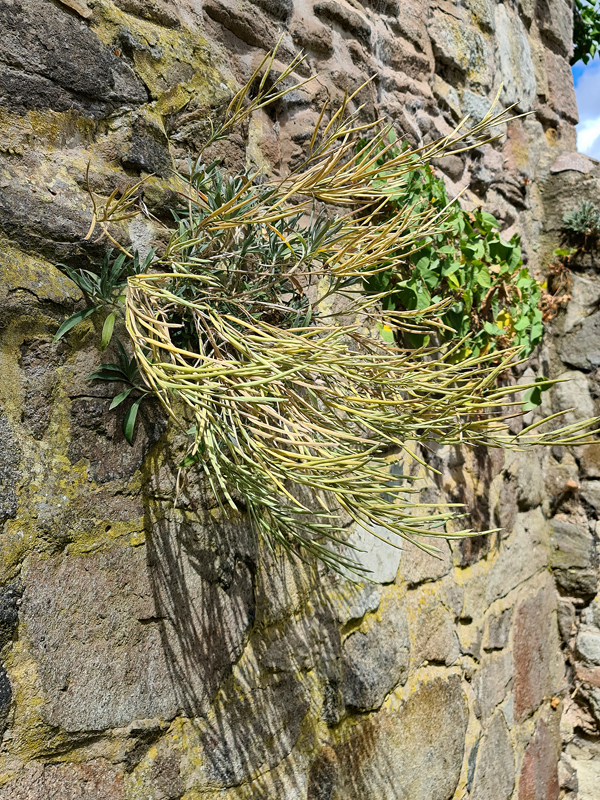 Alongside the Soar, there is plenty of Canadian Goldenrod amongst the willowherbs and ragworts. 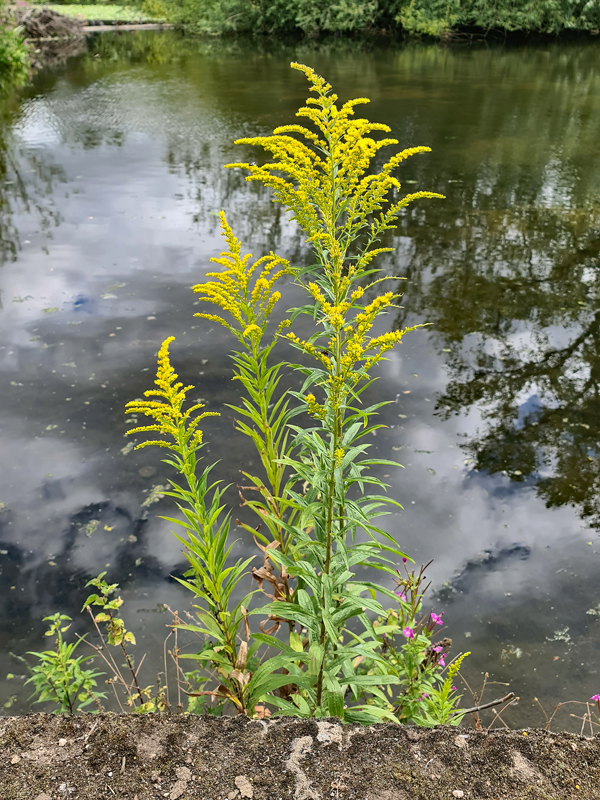 And there is a large area planted out with plants specifically to benefit bees and pollinators, including loads of Globe Thistles, Echinops spp. 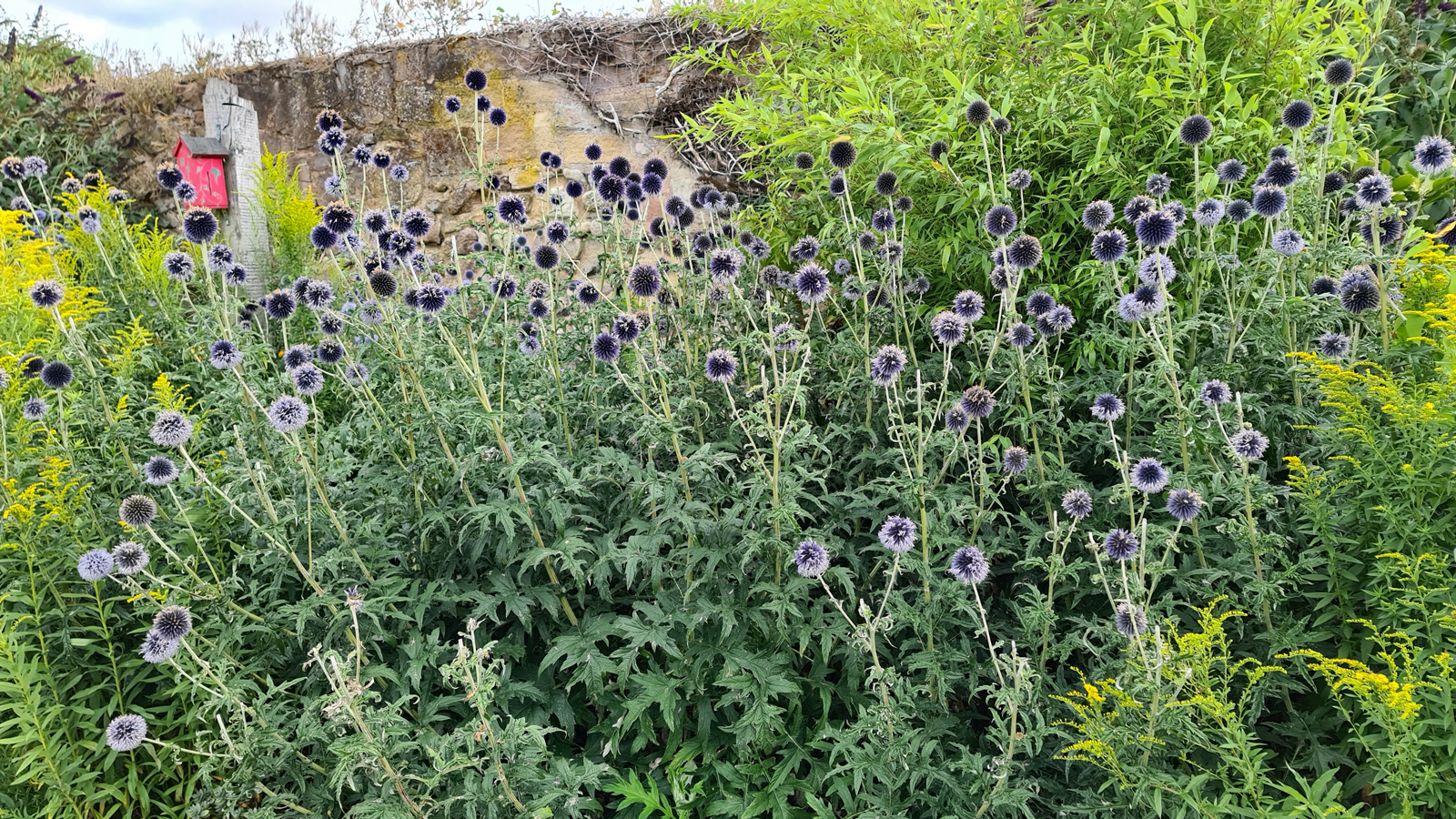 I'll spare you the not very exciting shots of the dipteran leaf-miner that specialises on Echinops.

It was early afternoon by the time I picked up the car, and we had a couple of things to do so by the time I was able to think about going out somewhere it was getting on for 5pm. It was also very humid and looked like it could absolutely hammer it down. I decided to go out anyway, grabbed my bag, camera and a coffee and set off for Bagworth Heath - a reclaimed colliery and another site I've not spent enough time at for one reason or another.

As soon as I got there, the sky was looking ominous .... 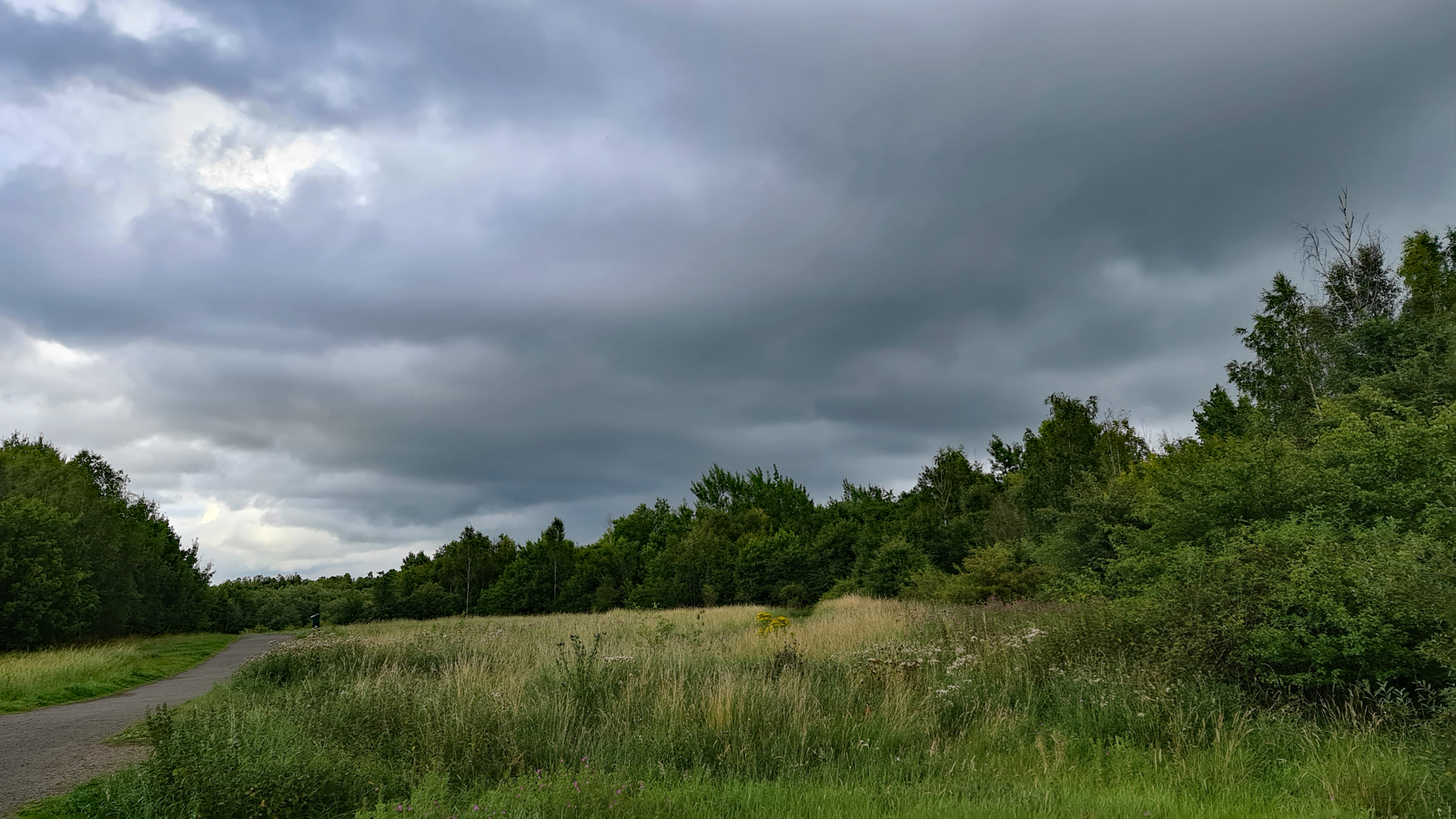 Still, worth a shot. I opened the car-boot and instantly realised that I'd forgotten to re-pack my paraphernalia. Arse. No boots, no net and no coat.

It was fine though. Nothing more than a light shower that I evaded by nipping into a wooded area, and anyway after the shower (and evidently a few that had preceded it), sweeping would have been pointless. As I walked around for a couple of hours, it gradually brightened up. Like Bardon Hill yesterday, this is a site I must get to a bit earlier in the season. 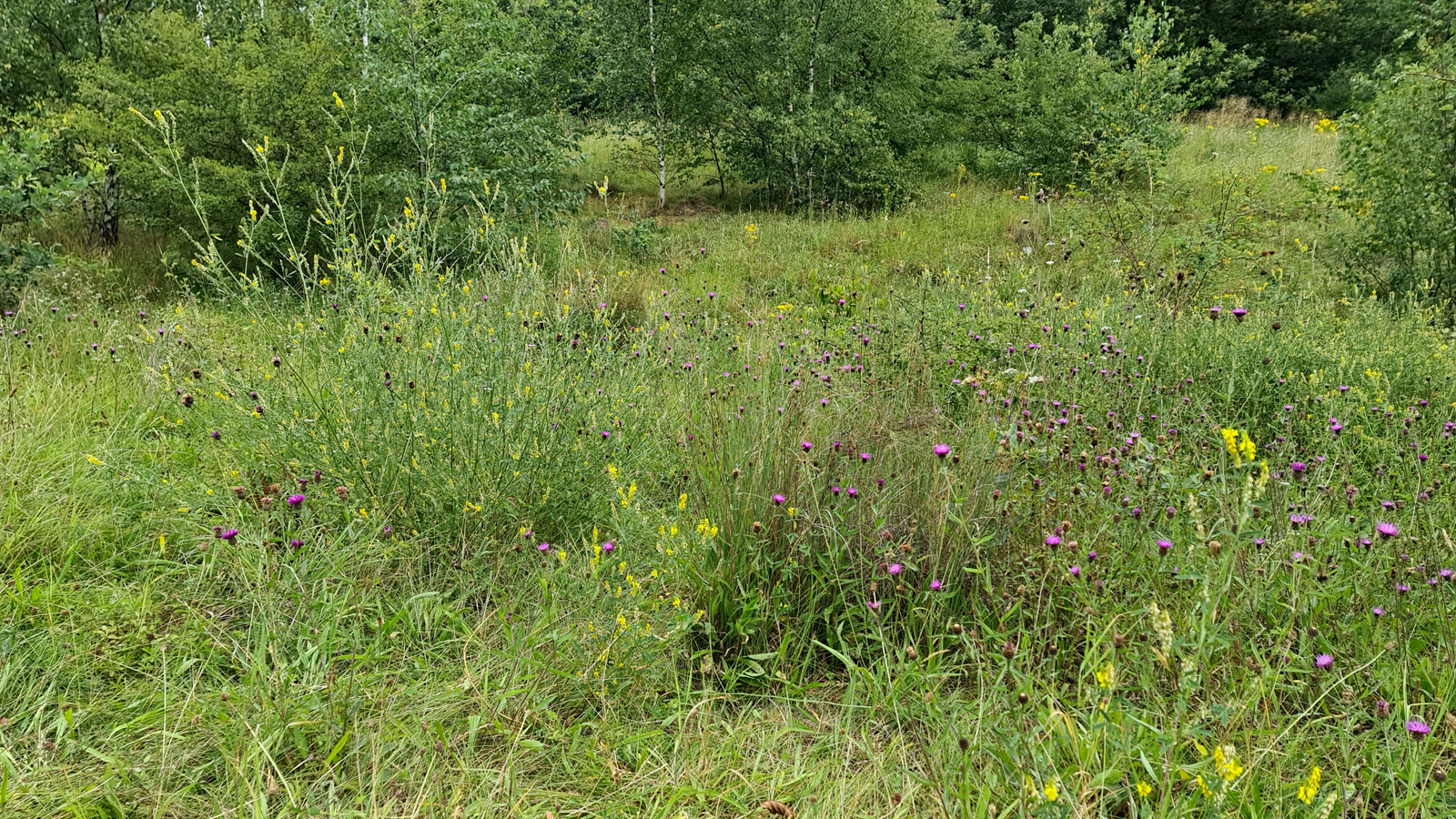 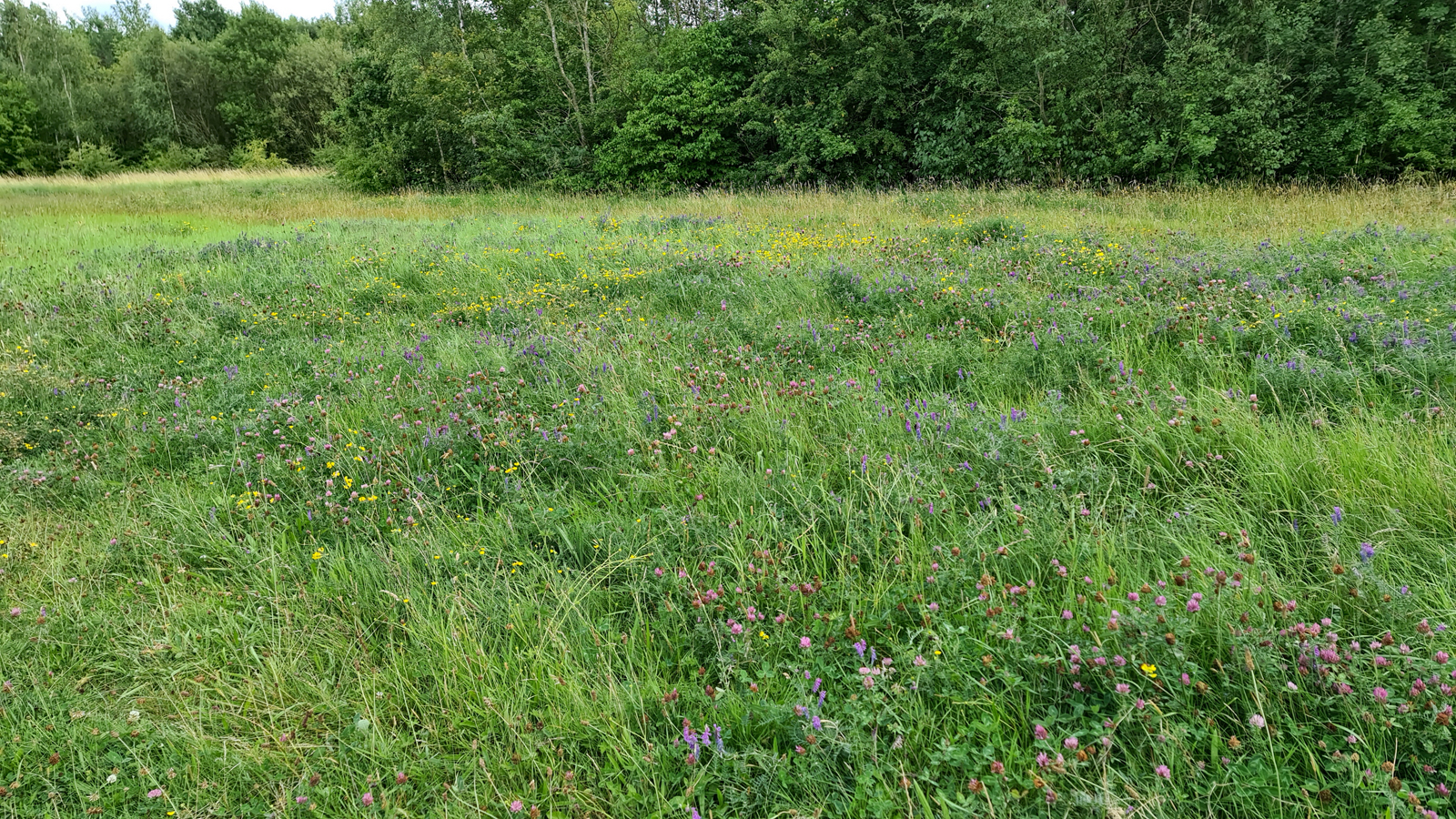 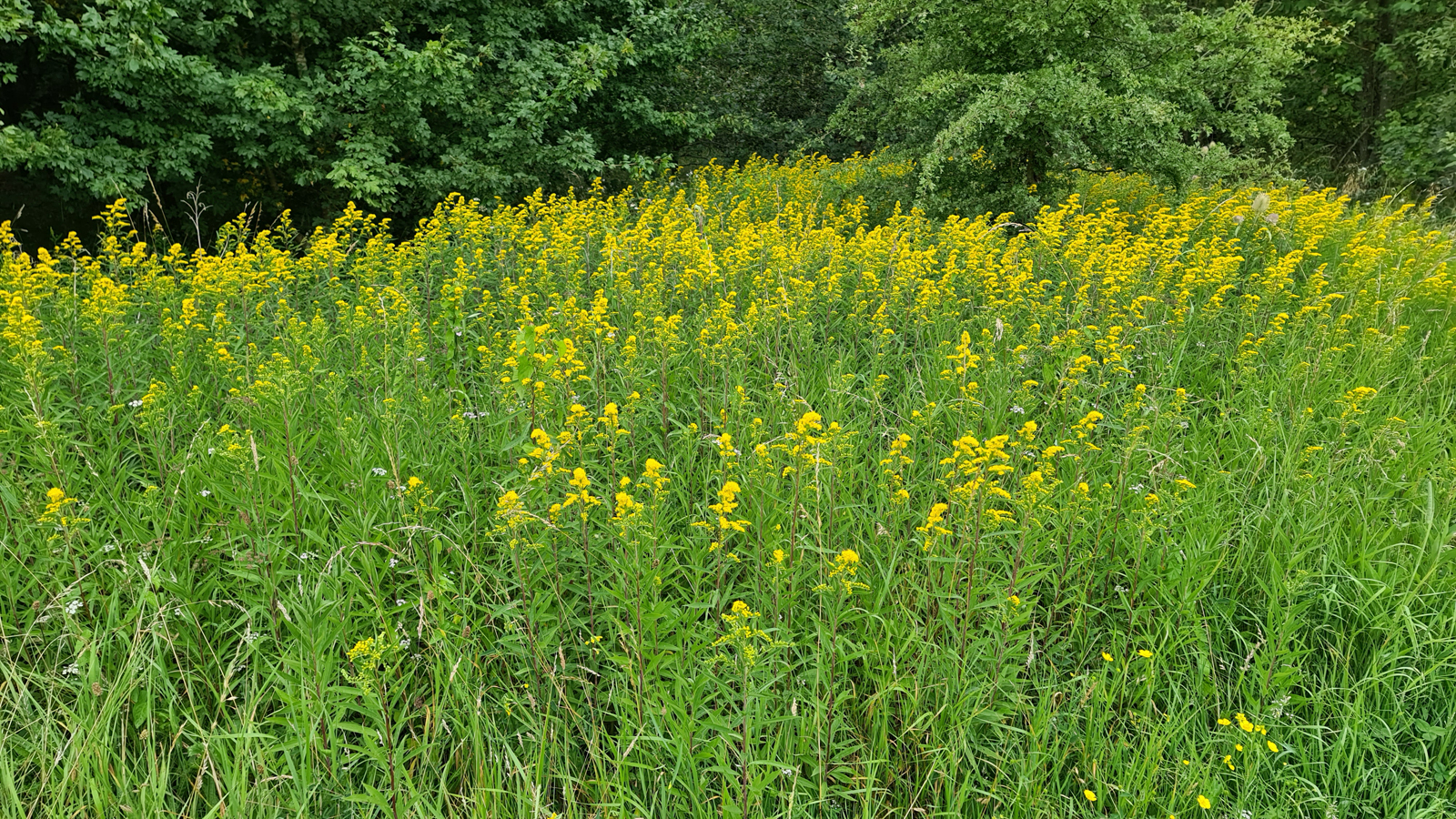 Loads of trefoils, vetch, clovers and yet more Canadian Goldenrod. I also walked around the ponds that are mainly used by fishermen. 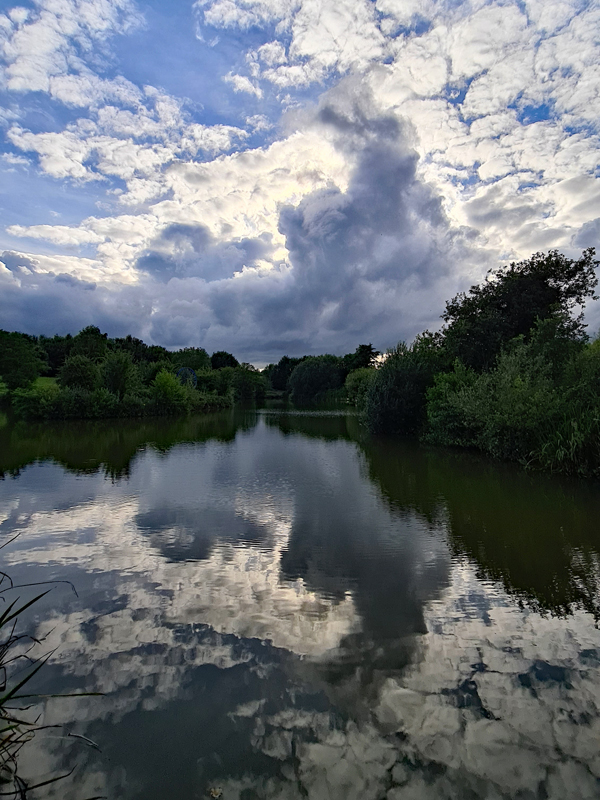 There is a Sand Martin nesting bank and it was good to see it was still busily in use. Getting a shot of the said martins was nigh on impossible. 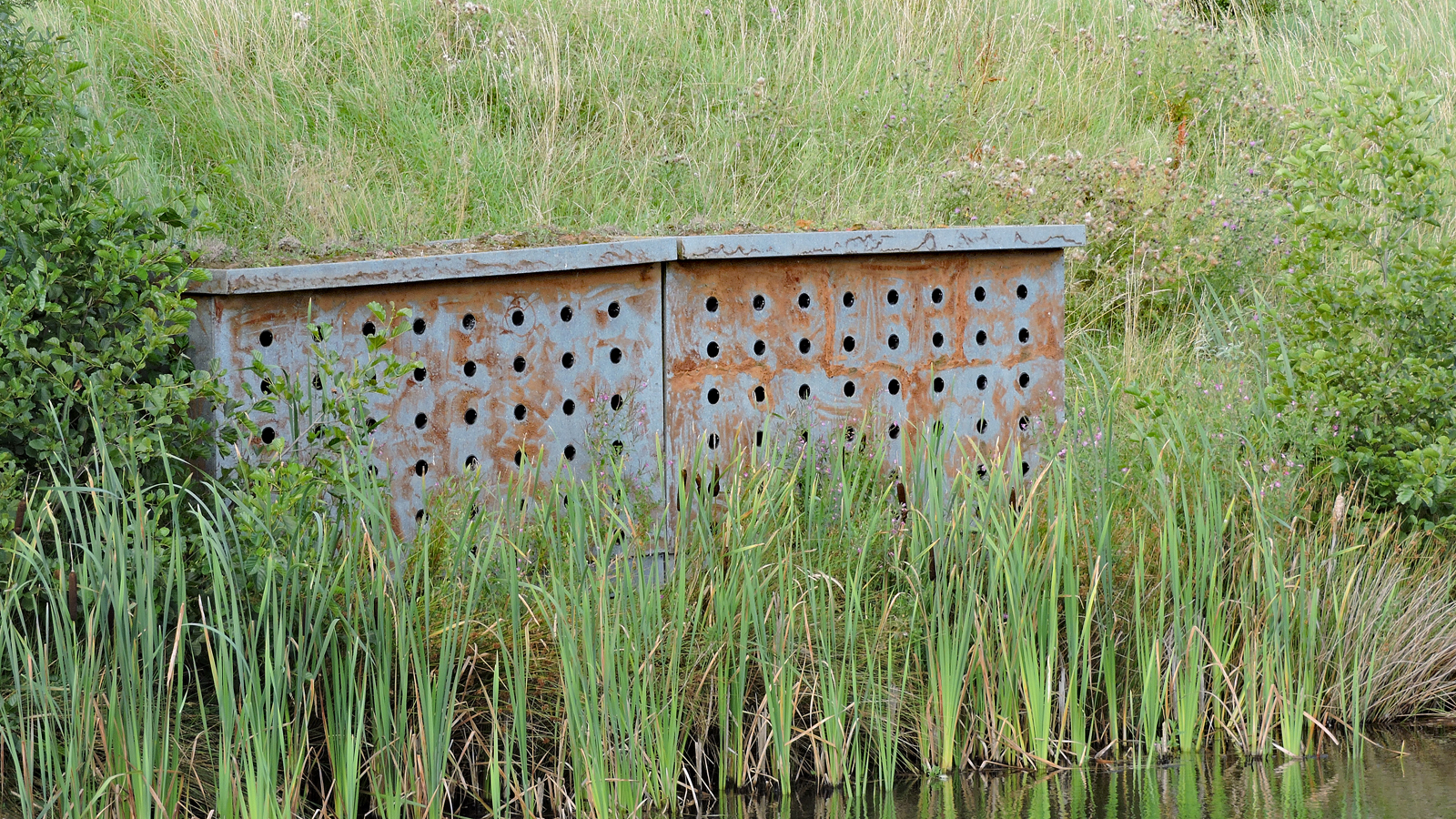 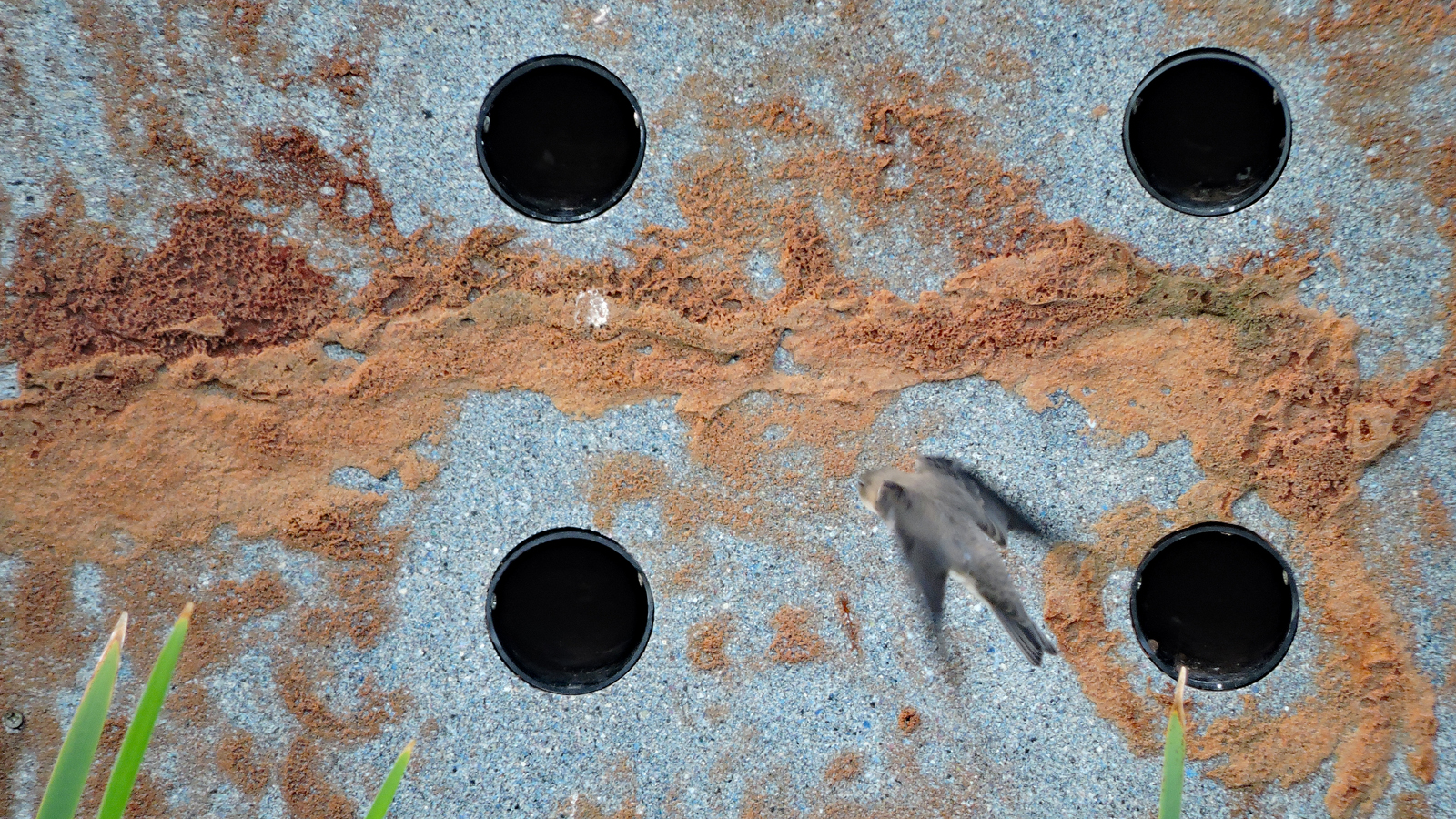 All around the ponds the grass paths were heaving with what I initially assumed were Froglets. Trying to get shots of them was harder than the martins as they did not sit still. In fact, the only method that worked was picking them up - they seemed to hesitate at the idea of leaping four feet back towards the ground .... 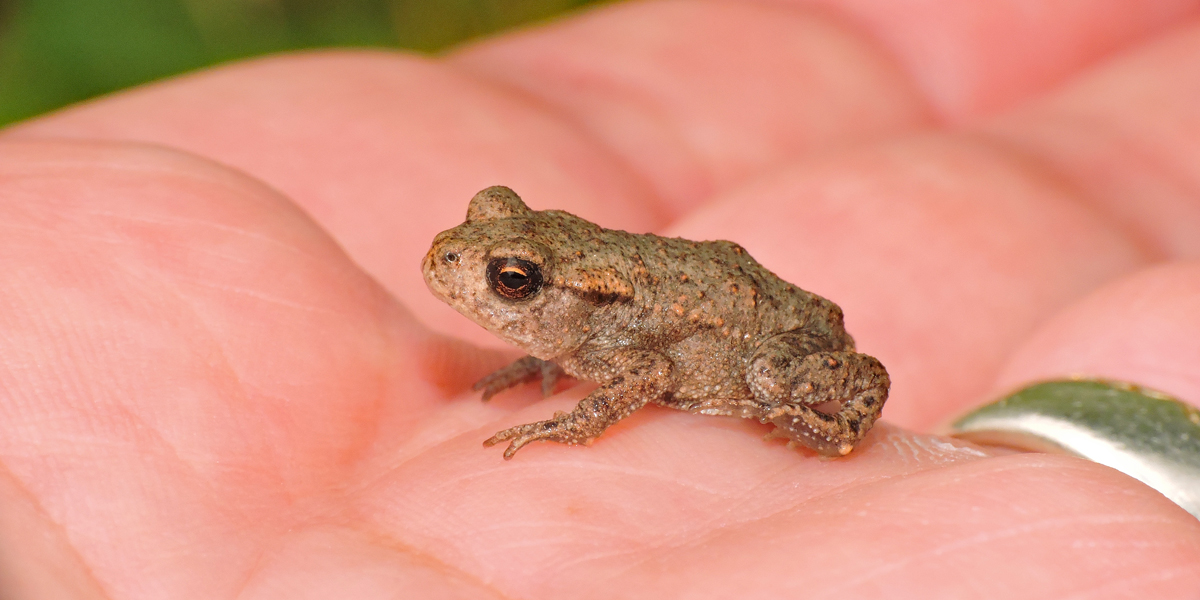 As I grabbed the first one I was surprised to see that it looked more like a miniature Common Toad. And then every one I picked up after that was the same. Not one frog in at least 20 that I man-handled out of the 100s that seemed to be moving all over the place. 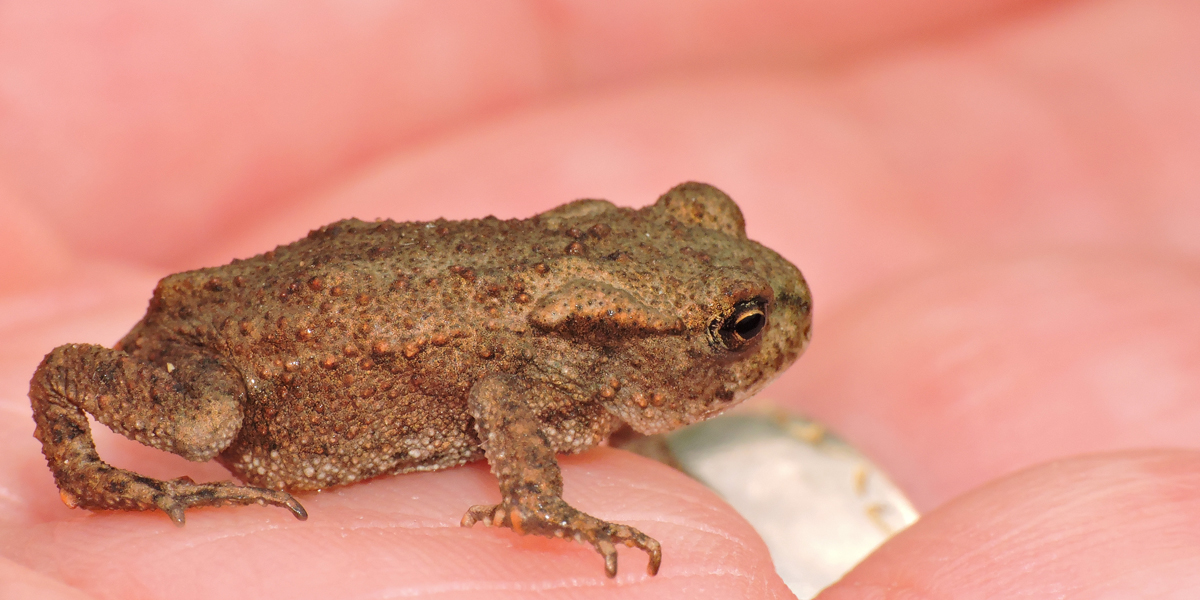 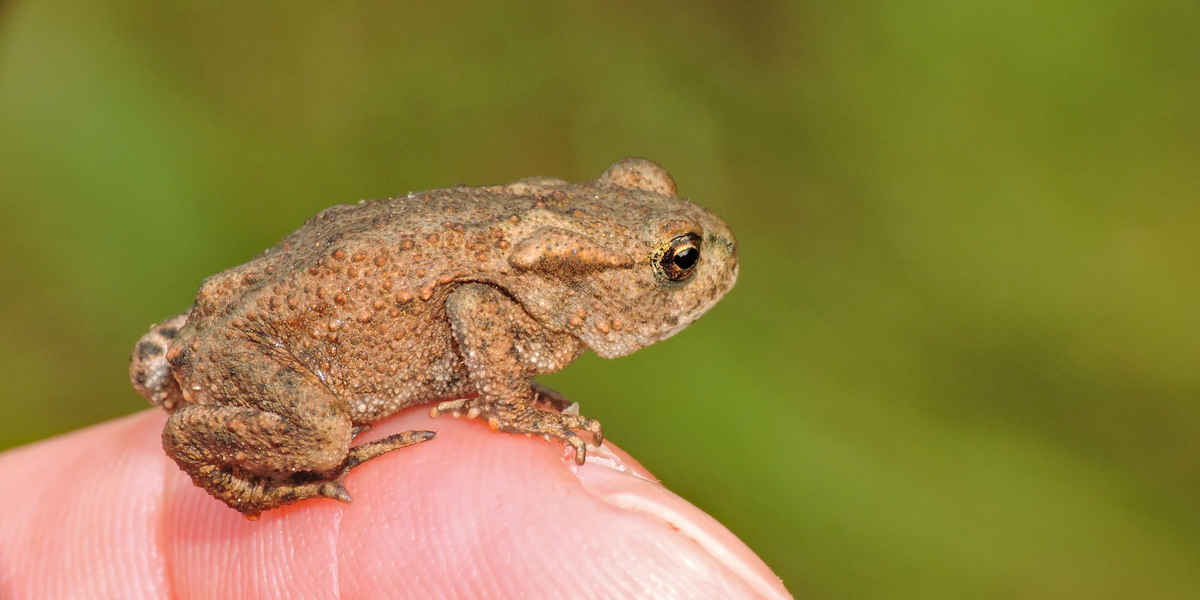 There were few inverts active, apart from the still-ubiquitous Common Red Soldier Beetles. I pointed the camera at a couple. 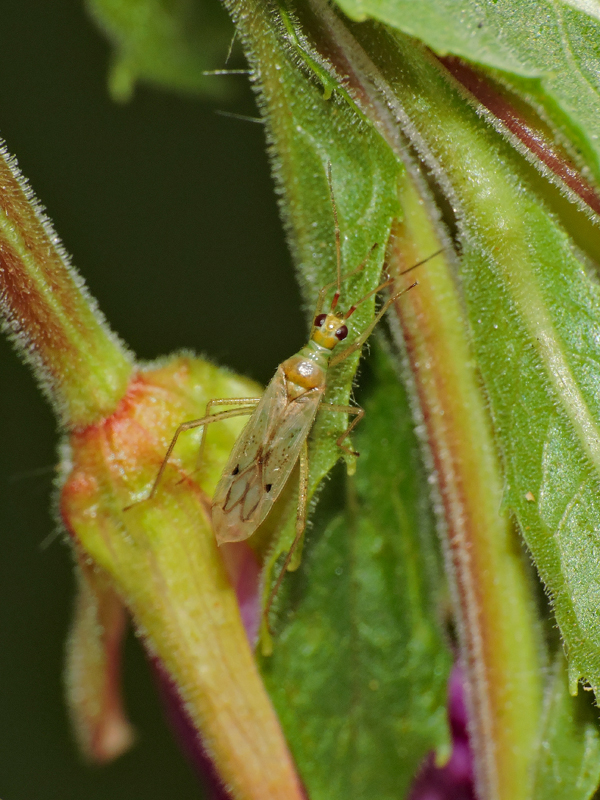 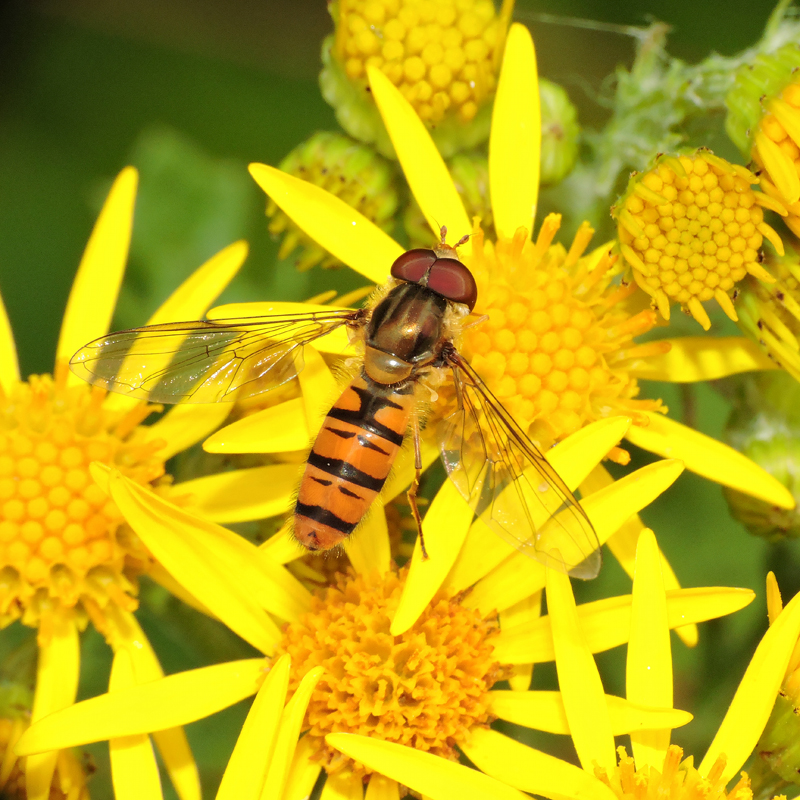 By the time I left, the skies were clearing and tomorrow is shaping up to be a scorcher. 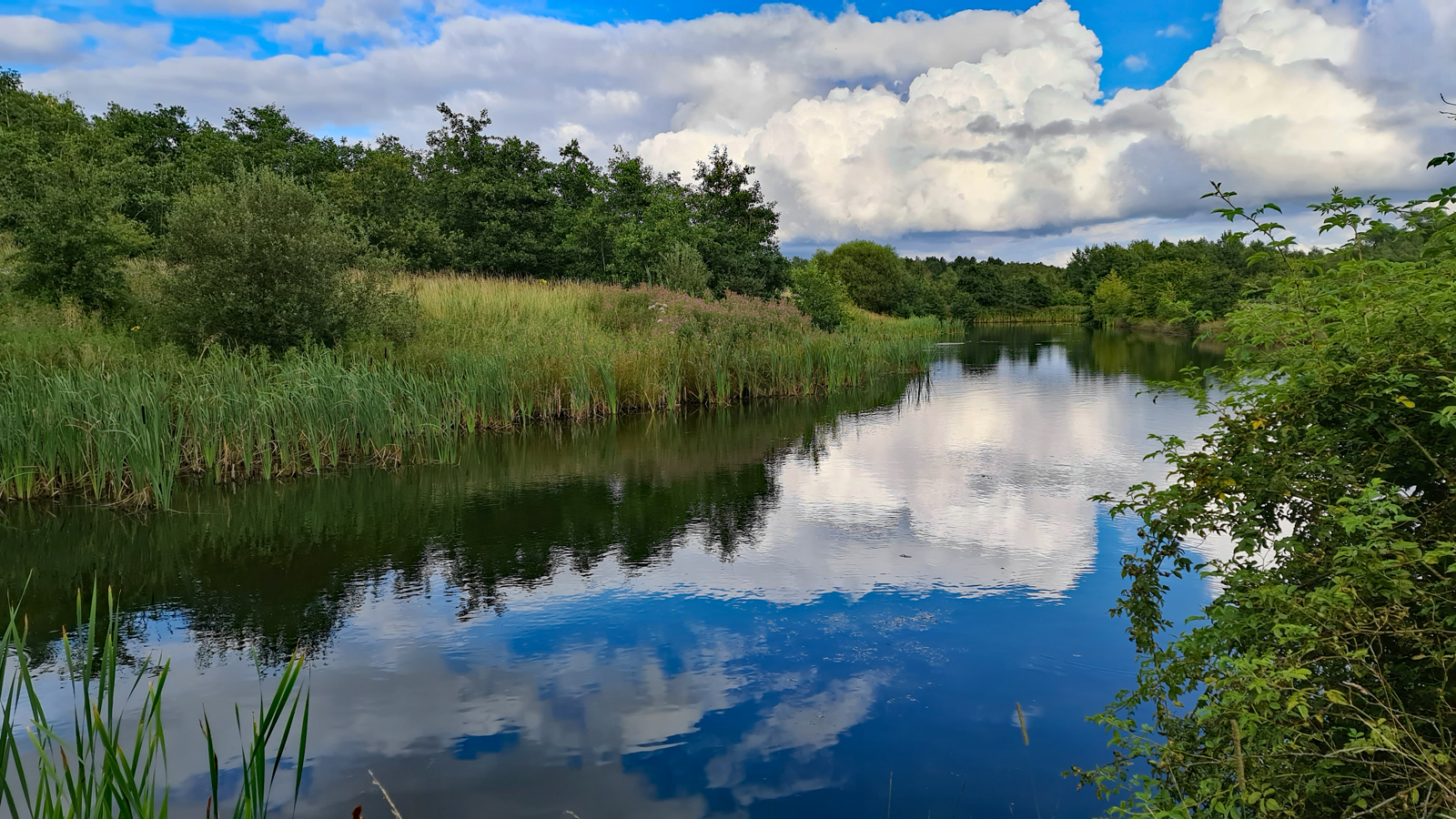 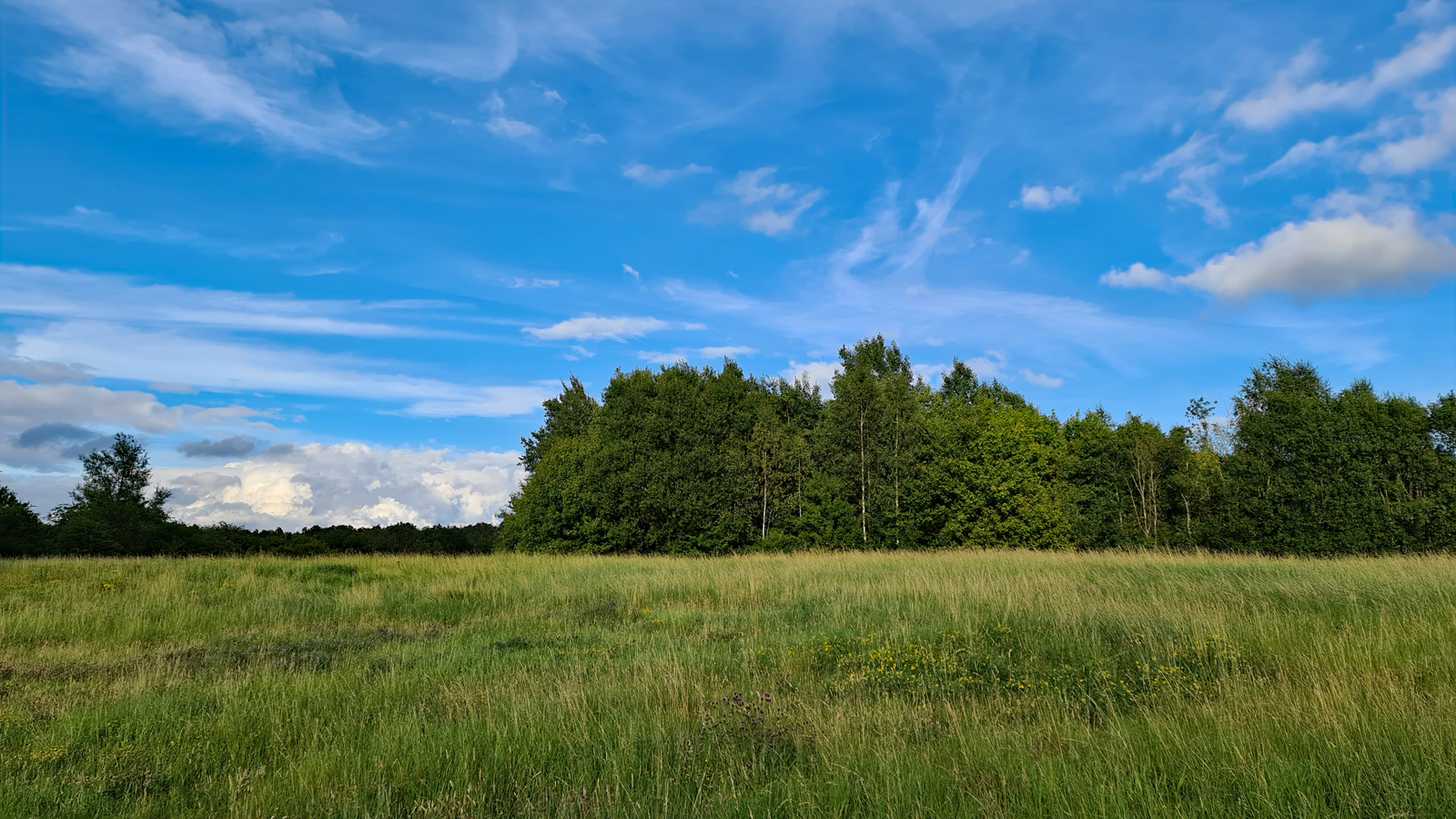