Yesterday evening, Nichola joined me for a nice long circular walk around Watermead CP North. It was a bit blowy for sure, but more than warm enough and dry - a fair bit different from the weather through most of the week. 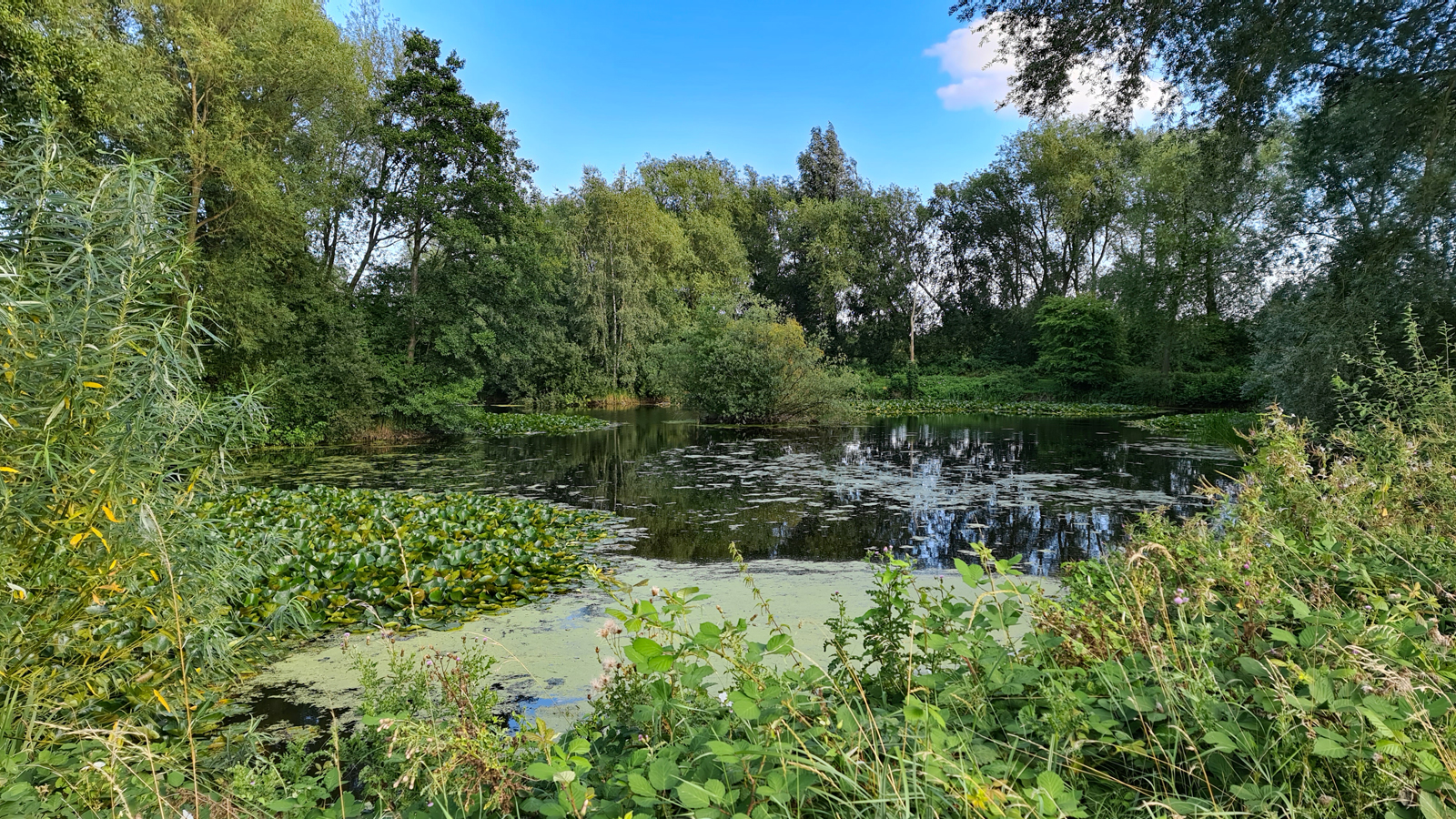 I had cameras, but no nets. Earlier in the week I'd been looking through some potential galls that I might find and decided to have a look at any Mugwort I noticed, but didn't have anything else in mind. As it turned out, I couldn't find the gall on Mugwort but I ended up finding quite a few bits of interest on this plant and also on poplar, White Willow and Blackthorn.

Nearly all of the Mugwort I looked at was being actively leaf-mined. I selected a few candidates, and sorted out at least two dipteran species from this .... 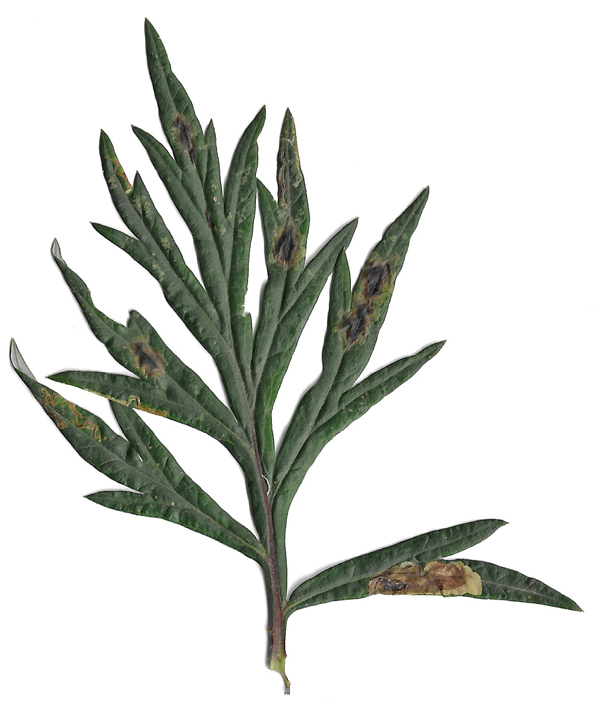 The dark-centered blotch mines around the mid-ribs are Trypeta artemisiae, and the larger blotch on the right-hand side is Calycomyza artemisiae. There are also gallery mines on this leaf which I think may be a Liriomyza sp. but not sure.

I believe the poplars at this site are Hybrid Black Poplar. Certainly not White Poplar or Lombardy Poplar, and I'm sure they will have been planted at some point rather than naturally occurring along the long driveway to the car park. As I poked around looking for Phyllocnistis unipunctella mines, I quickly noticed a load of spiralled galls on the leaf petioles. 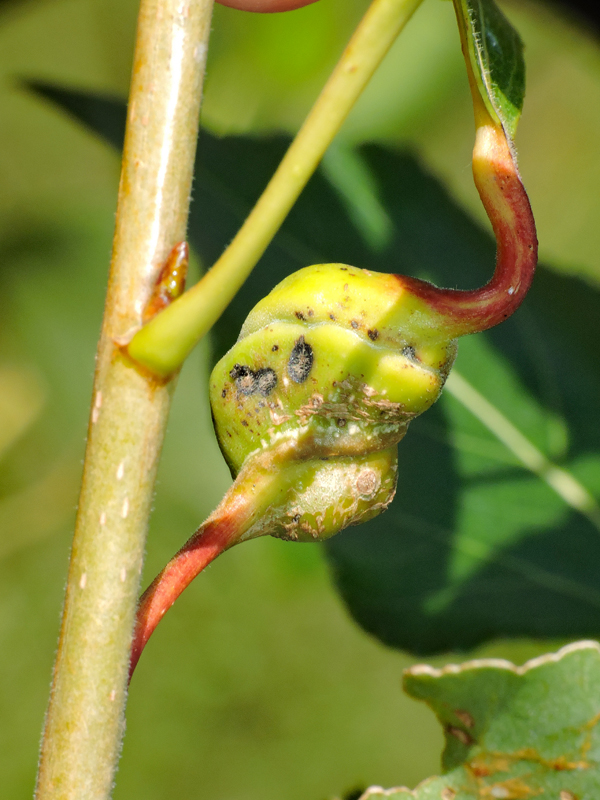 I grabbed a couple of photos and picked one to scrutinise. It didn't take much searching to put a name to this one, an aphid gall-causer Pemphigus spyrothecae. Within the spirals are burgeoning broods of aphids, and a quick look with the USB microscope revealed a load of them milling about around a crack in the gall I collected.

I did find plenty of Phyllocnistis unipunctella mines, like silvery trails and pools on the leaf surface. 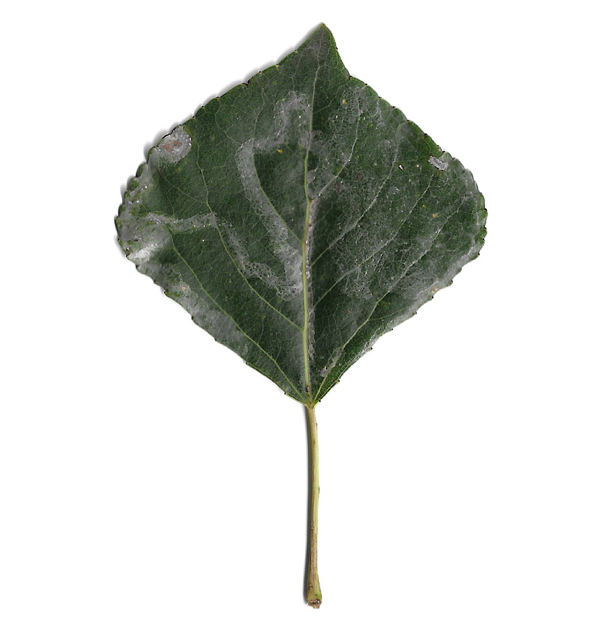 I also noted a leaf rust, which was evident both on the underside and upperside of affected leaves (as in the rust was affecting both surfaces in same spot). The following are two different leaves showing each side (it was easier to scan two leaves once than one leaf twice!). 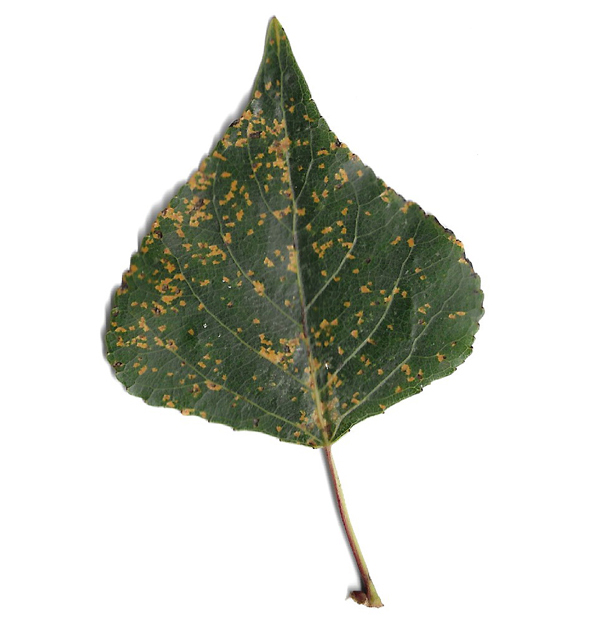 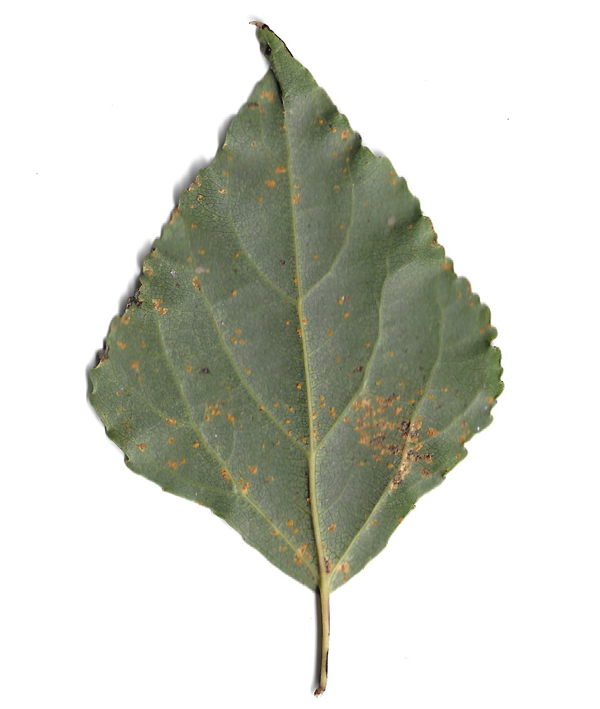 This looks spot on for Melampsora laricis-populina (Poplar Rust). I also found mines of Stigmella trimaculella on these poplars. Having found the P. unipunctella mines, I had a look at several White Willows and sure enough found mines of Phyllocnistis saligna, another ghostly trail barely breaking below the upper surface. And as with the poplar, I noticed another leaf rust. 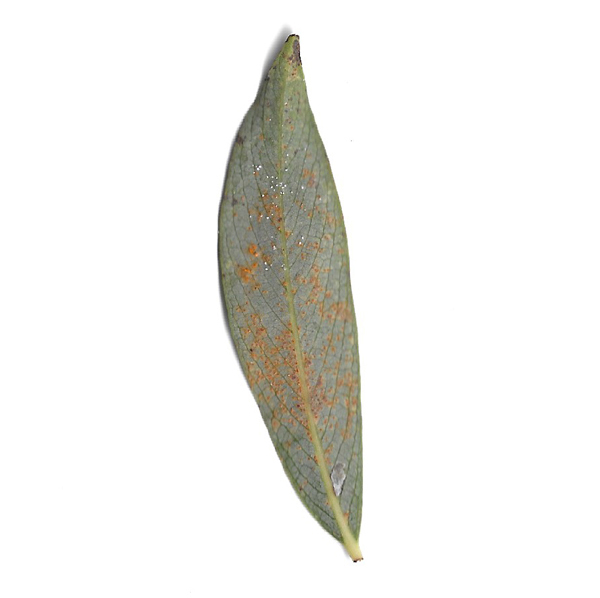 A bit of on-line searching indicates that on White Willow this is Melampsora salicis-albae.

Other finds included a mildew (Erysiphe prunastri) and aphid gall (Brachycaudus helichrysi) on Blackthorn, a mite gall (Acalitus brevitarsus) on Alder and Large-flowered Evening-Primrose. All in all a very pleasant and successful couple of hours walking, which was rounded off nicely by my first steak and pint since the lockdown.