I'm going to go with a quick moth-based post for a change. Although sadly the highlight for me in terms of garden mothing - a garden tick Ypsolopha horridella - does not feature as it is currently lurking somewhere in my kitchen after doing a pre shutter-release bunk.

Still, the trap was happily a bit busier with moths last night, but notably fewer other inverts. The main highlight other than the aforementioned was two Tree-lichen Beauty. These two comprise the third garden record after a singleton on Friday night. One was more smartly marked than I've seen up to now .... 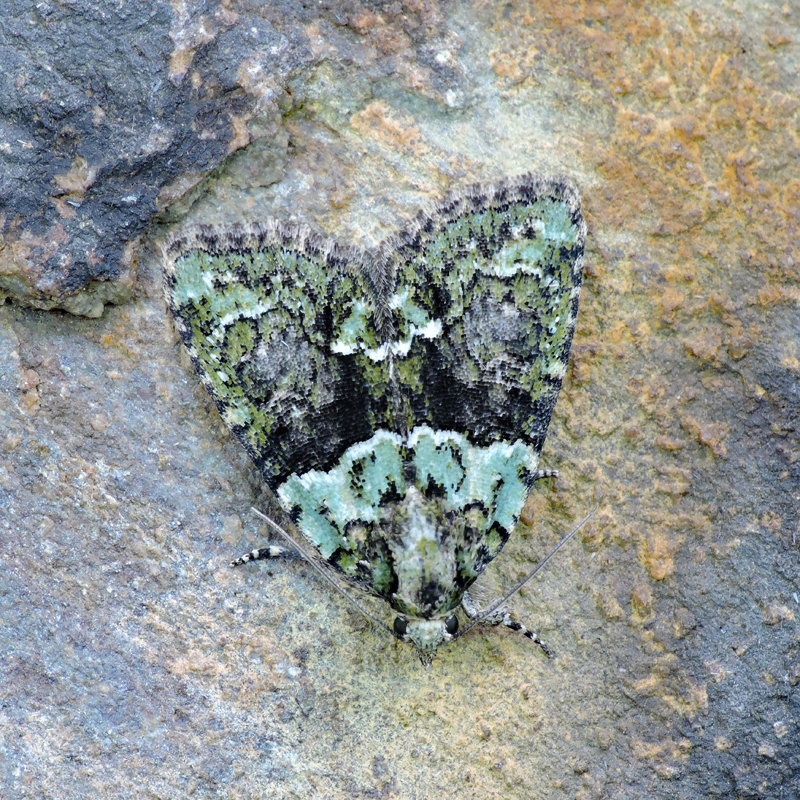 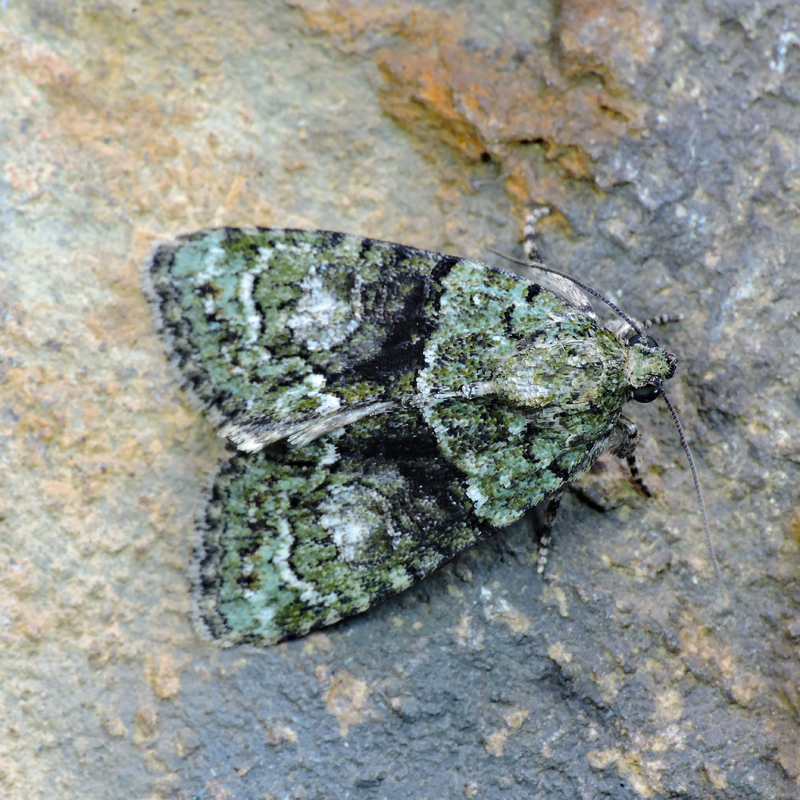 An attempt to get them to pose together was a bit of a fail. 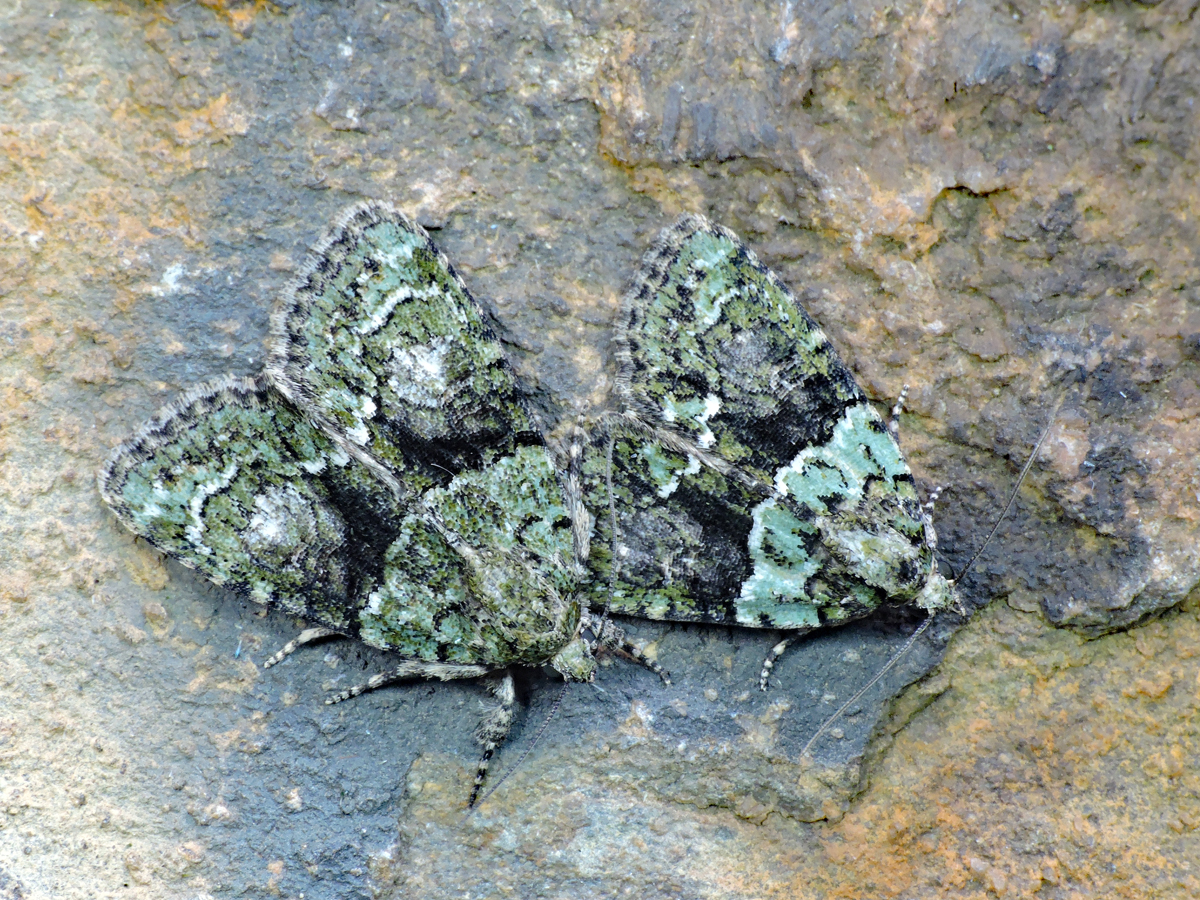 Alongside this pair was a good dozen or so Marbled Beauty. For such a common moth it is one I have a liking for due to the variability in size, colour and markings. Some were not pristine with worn thoraxes, but here's a selection.

The rest of the catch was not quite so beautiful, but both of these are new for the year. 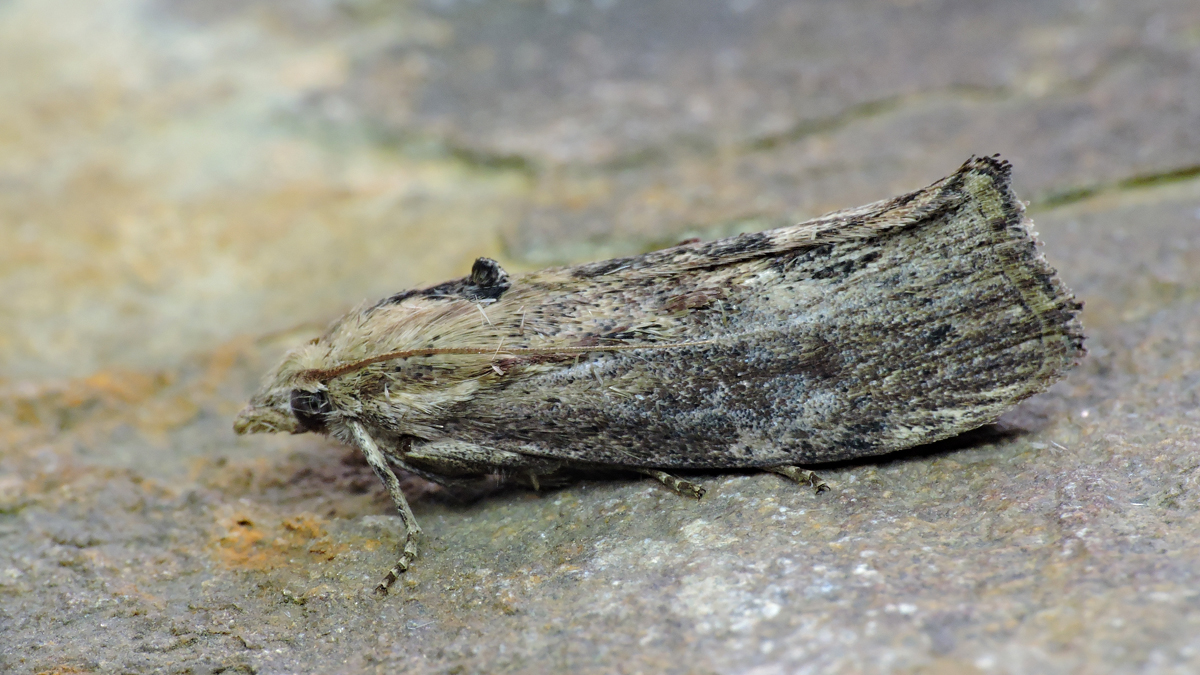 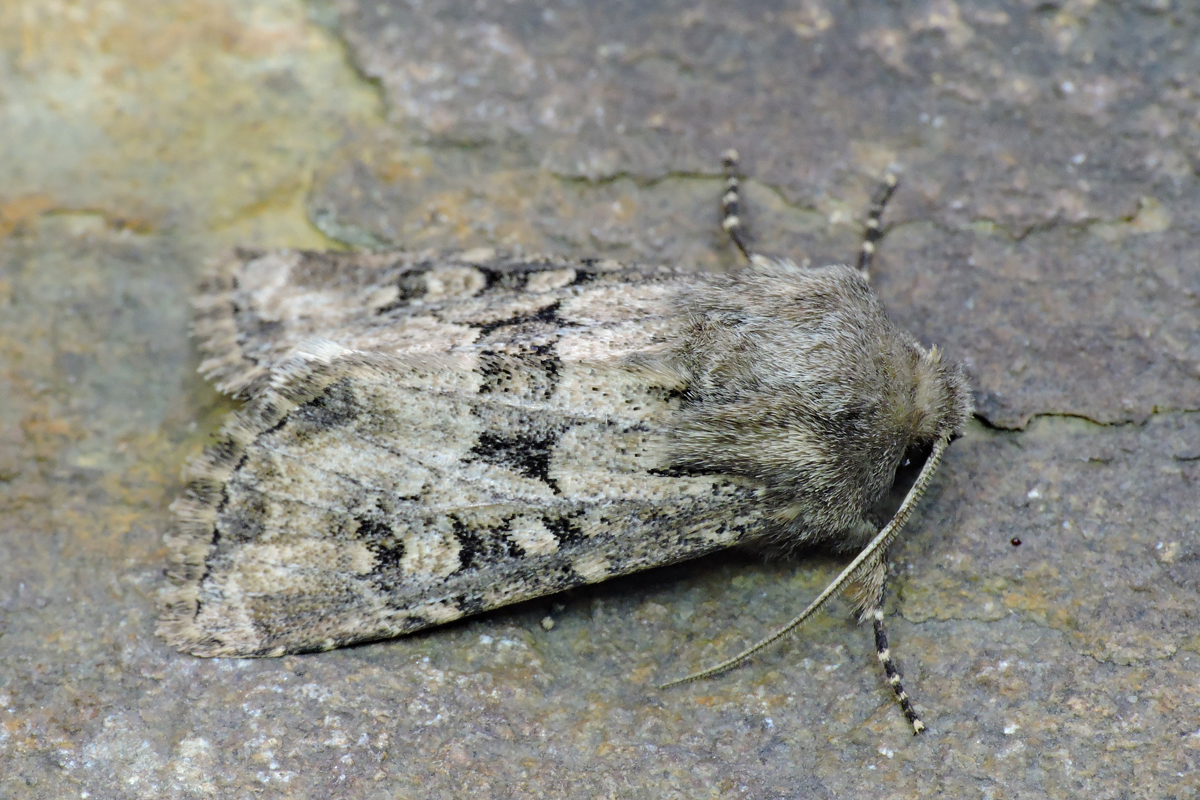