The garden traps have not been too lively of late, and aside from a paucity of moths there has been no bycatch of note. This morning there was a small red/yellow Cantharid. I have to be completely honest, I am a bit apathetic when it comes to Cantharids; after the first few of the season I start to ignore them. This is not a very successful approach for adding Cantharids to my list. Anyway, as there was nothing else to look at I decided to pot it and check it out later. That was already a step further than my heart was prepared to take, so making any effort to photograph it properly was not an option ...... 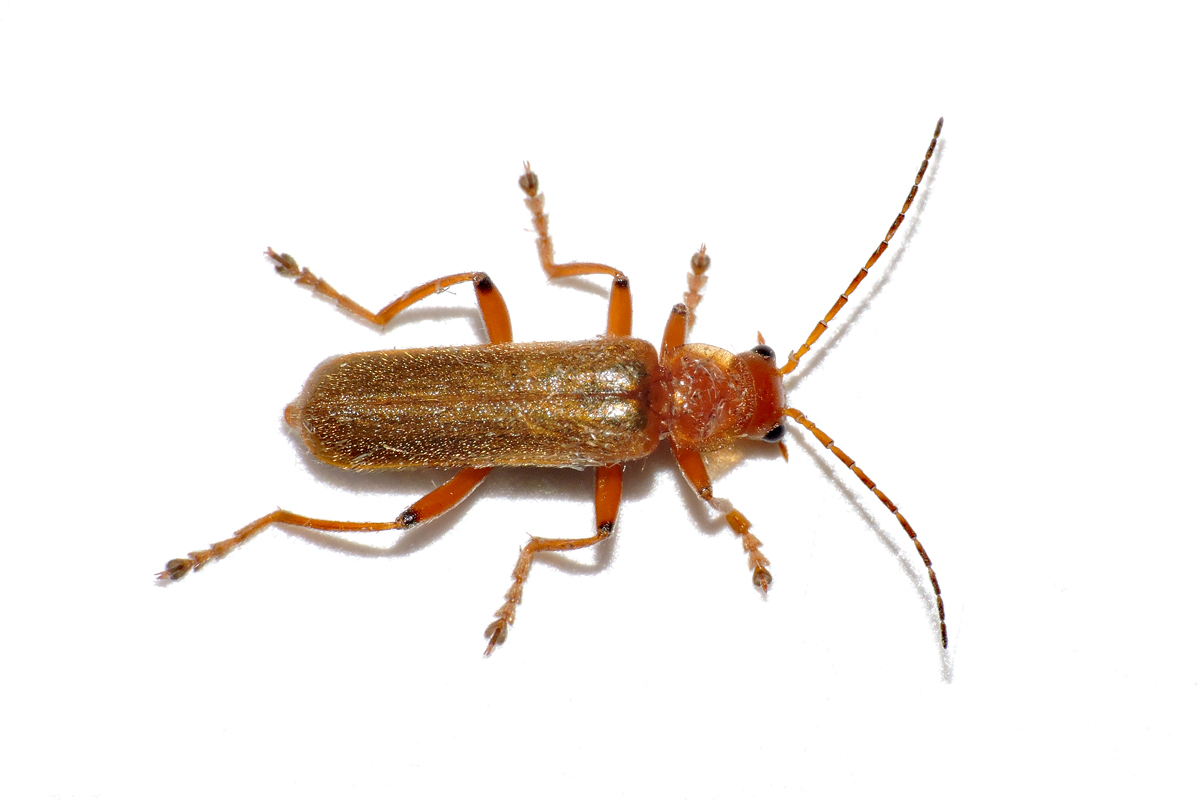 Here it is on a white plastic card with flash. Red legs with black 'knees', red pronotum and head, yellow elytra, c8mm and - crucially - with no dark tips to the palps. Cantharis cryptica it is.

I then thought to check, seeing as I'd put together a garden beetle list. And then realised my Cantharid apathy has probably lead to a few omissions. C. cryptica is new for the garden (but I'm sure it's not) and earlier this year I had a moth-trap puzzler which I resolved in the end to Cantharis rufa - which also needs adding and almost certainly isn't the first. I guess I'm going to have to make a lot more effort with Cantharids in the moth trap!

Otherwise, last week I had what I am sure is a new moth for me and the garden. In fact I'm certain, but it's just the lack of an overwhelming affirmation when I've posted it online that is making me hold on to it for a formal det. I'm confident enough to add it to my lists in the meantime, and I do not expect to get the rubber out. 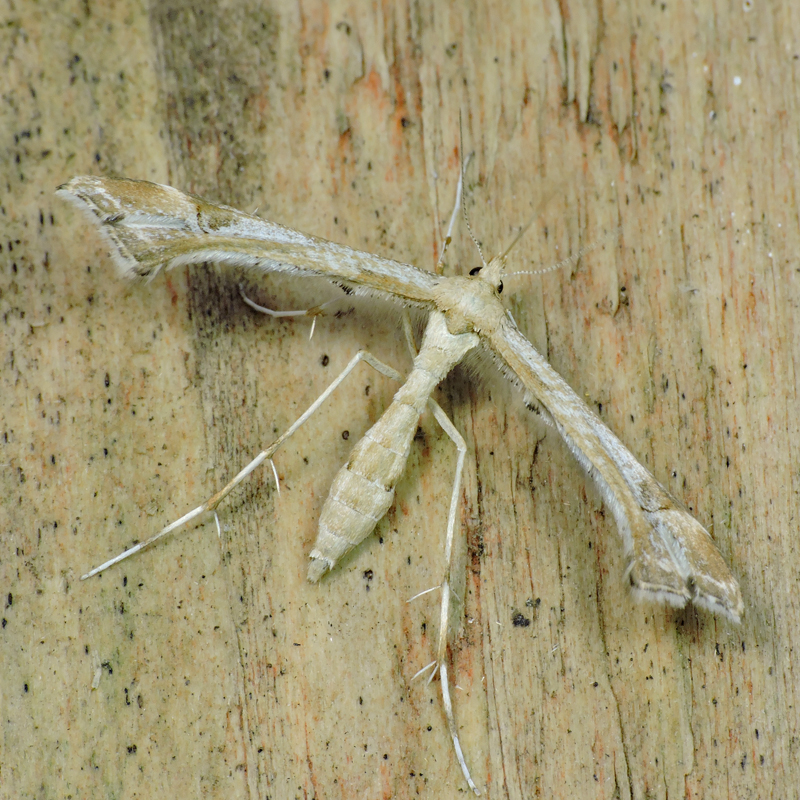 Brown bands on the hindlegs, no clear dark 'triangle' on forewing.
I'm sure this is Gillmeria ochrodactyla.

Not much else happening at the moment. We've had a load of new fence panels down one side and at the back, so we're in the process of painting those and re-painting existing panels over a few days. That might help to mask the mish-mash of panels we've ended up with: there are five other gardens around our fenceline. We usually paint them a dark brown but fancied a change. I wanted black to strongly contrast with foliage and flowers, Nichola wanted grey. We're painting them grey. Although to be fair it's quite a dark grey so I think they will still contrast nicely with foliage and flowers. I'm not sure how well moths will show up on the fence though.

We're starting to plan out how we're going to restructure the garden. We need improved drainage, a new patio, a new lawn and the shed is knackered. So apart from a birch tree everything else will be stripped out and start again. The garden will be split up a little: about 70% will be patio / lawn area with the usual contemporary planting and BBQ area etc, 10% will be taken up by a new bigger shed / workshop and the bottom end of the garden will be used to try and create something more wildlife friendly.

Meanwhile, anyone deploring the pulling down of a statue needs to give their head a wobble and ask why the fuck it was still there to be pulled down.

I keep having to remember to check cantharids too. Had a 'new one' this week. Sure I've seen it before but not in my database. Love a bit of Faithless, saw them in a student refectory in Canberra in the late 90s. Insomnia live will never be forgotten.