Some stuff from Rough Hill yesterday, not all of it - I have other bits for another post too.

Yesterday I noted a good range of hoverflies, including some of the bigger species: Volucella bombylans, Volucella pelucans, Myathropia florea, Helophilus pendulus and lots of Eristalis including arbustorum, nemorum and intricaria. Lots of the smaller spp. too. I didn't see anything interesting enough to net and pot though, or so I thought.

One of the dipterids I brought home did not look at all familiar; all dark, massive red eyes, dark-lookings wings but not sporting any obvious bristles. I netted one thinking it may be some sort of soldierfly. On checking it, it turned out to be a hoverfly .... 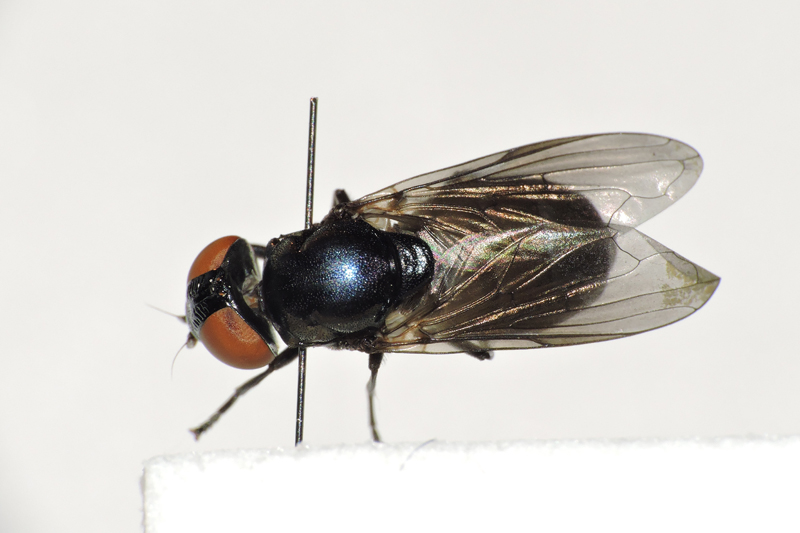 Chrysogaster solstitialis
Blueish sheen to thorax, no yellow basal patches on wings which are dark without flash

Excellent, a new for me hoverfly by accident.

Also seen were loads of Empids (mainly tessellata), Tachina fera and in the meadows loads of robberflies. Not the big stunning monsters, the smaller less hairy ones. I potted three up to check, thinking I had three species. After checking them though I've realised I have two - robbed! First up one that is new for me, quite a smart little thing .... 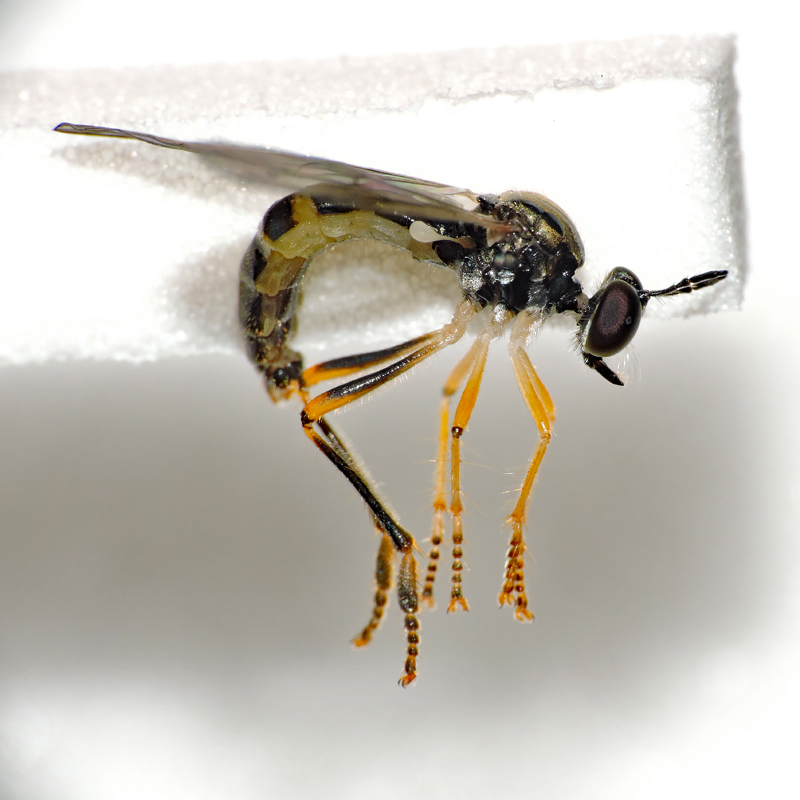 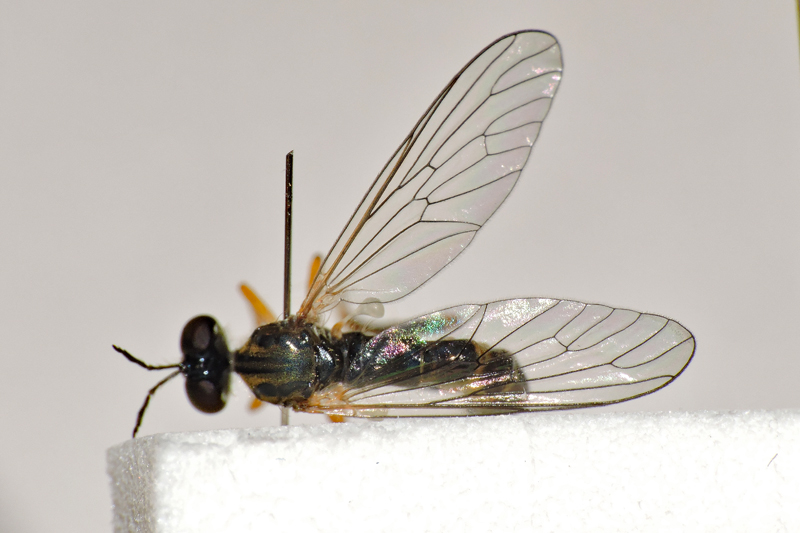 The others were slightly bigger, but same genus and one of each sex .... 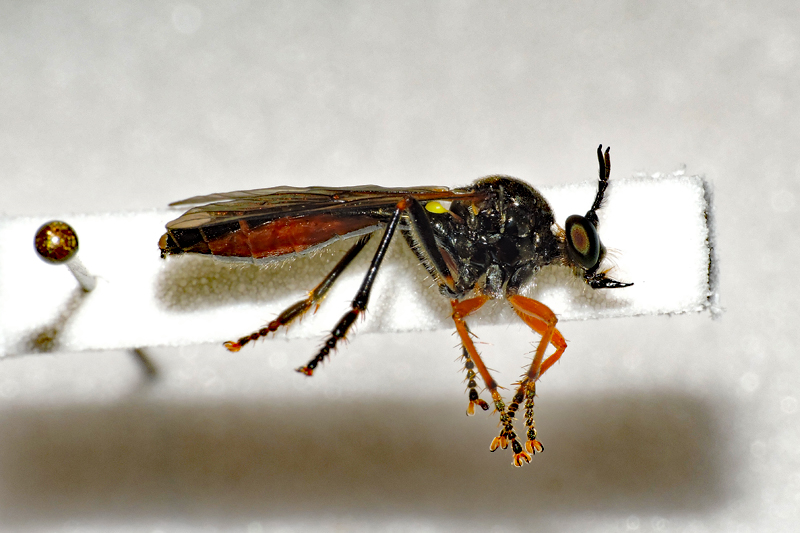 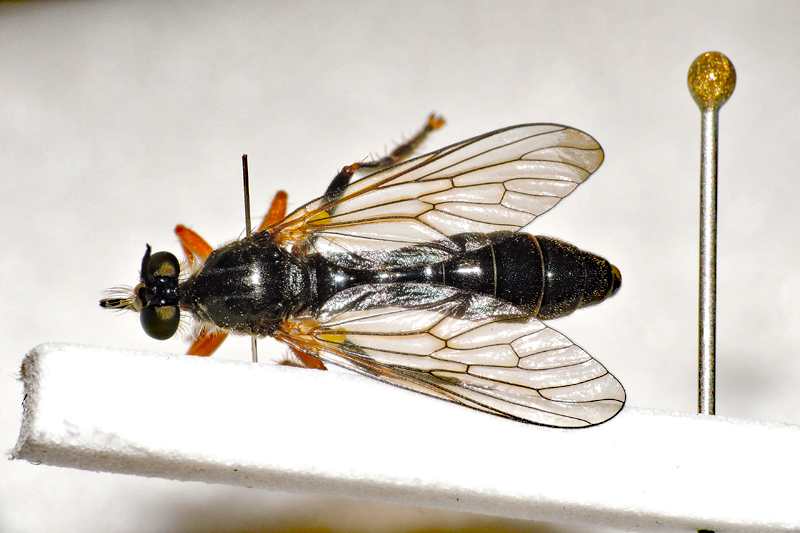 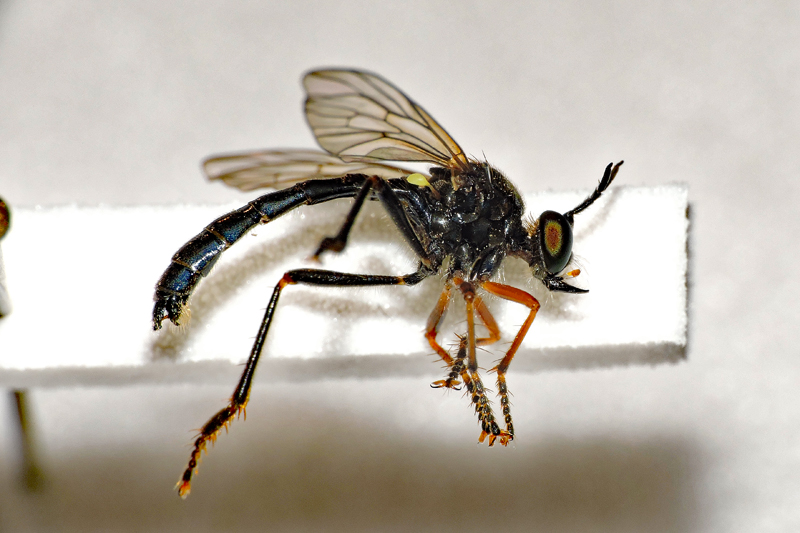 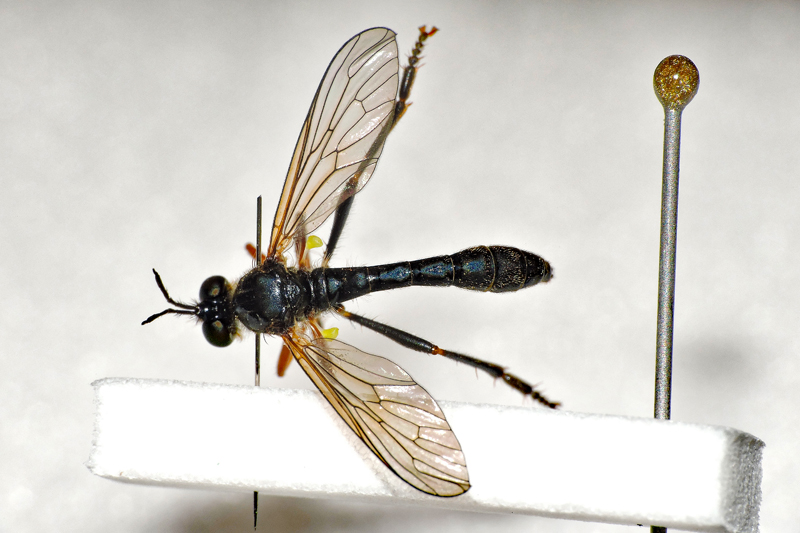 Some of the soldierflies have great vernacular names, but for such smart beasts these robberflies have vernacular names that are a bit bland and formulaic which generally include leg colour + Robberfly. There is an Orange-legged Robberfly and a Violet Black-legged Robberfly. The names are descriptive, but I think they've all been robbed of something more enigmatic: Lemon-trousered Looter and Scarlet-thighed Gangster for these two perhaps ....