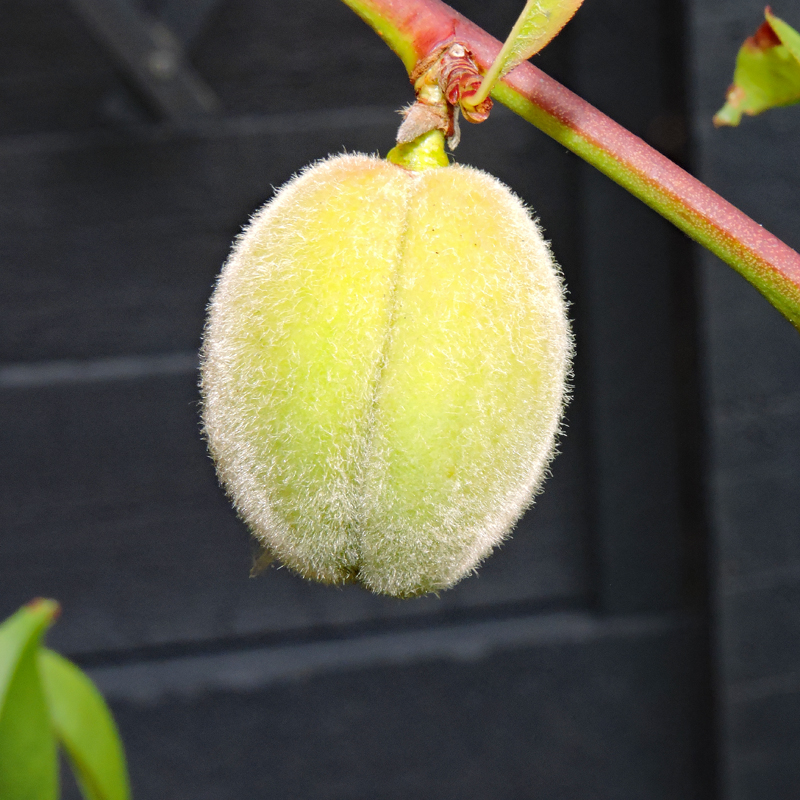 I wonder if anyone remembers me commenting that we had a Peach sapling, flowering well but apparently not being pollenated. Well, either it was or my intentional dabbling with a paintbrush was entirely fruitful. What I completely forgot about in the intervening weeks was that lots of leaves were affected by a leaf-curl issue - a quick internet search reveals the obvious - Peach Tree Leaf-curl caused by Taphrina deformans.
Yesterday after work, I managed to head down the lane for a brief bit of peace after a week of intense heat in the factory and early-mornings empty the trap. I had intended to swish about umbelifers with my net but they'd pretty much all gone to seed. I swept through grasses ending up with masses of grass seeds and grass-loving bugs, and I also swept some Knapweed and Creeping Thistle, both of which yielded similar-looking large dark aphids. I tend to ignore aphids unless I am sure that they are on a particular host plant, and both of these were too coincidental to check out. Bugger me, there is a Large Knapweed Aphid (Uroleucon jaceae) and a Large Thistle Aphid (Uroleucon cirsii). I had a couple potted which matched, though I have not bothered trying to photograph them. I pointed the camera at a couple of bits, nothing exciting .... 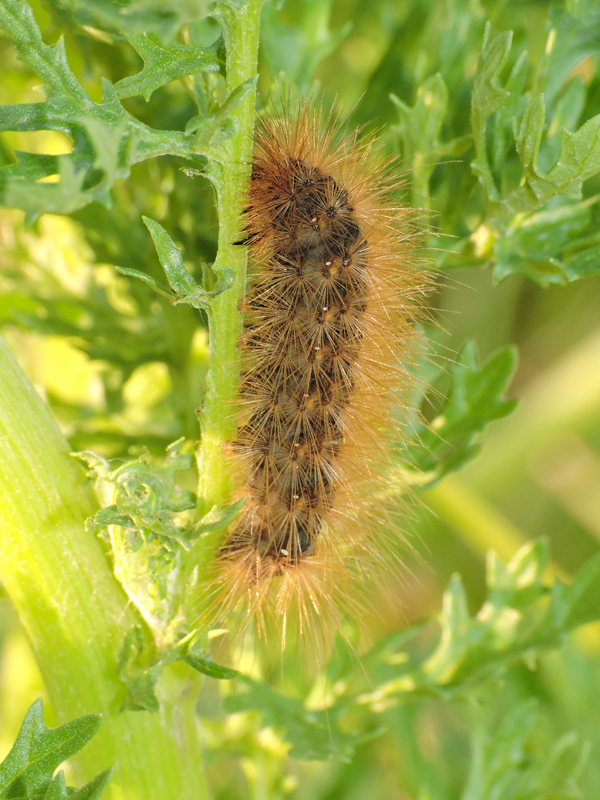 Ruby Tiger on it's favoured ragwort 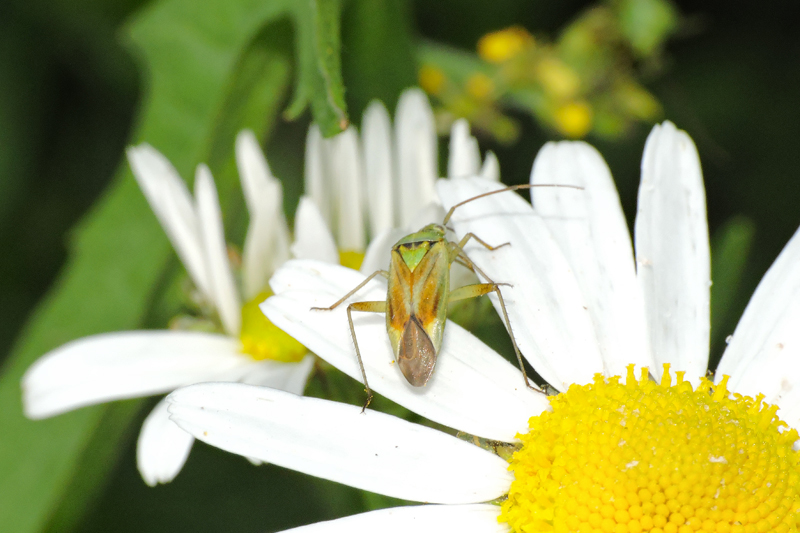 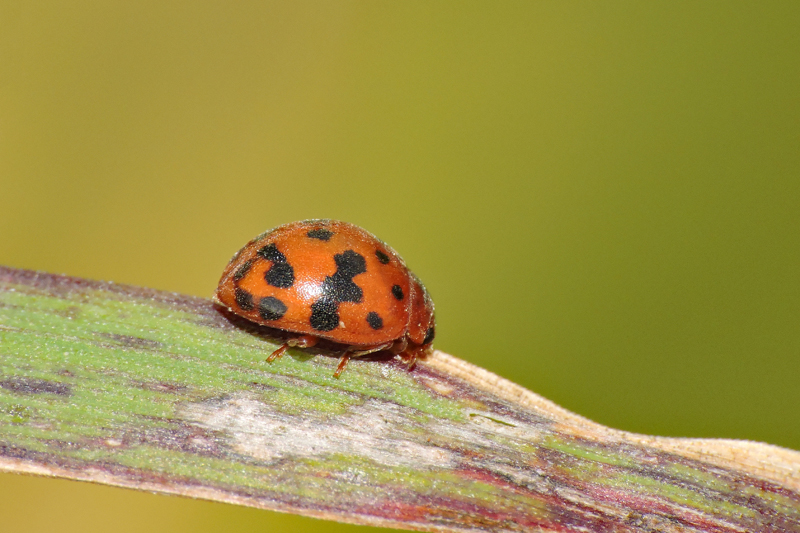 24-spot Ladybird
Other new news came this evening - the Longitarsus sp. I swept from Viper's Bugloss has been identified as Longitarsus exoletus.
Today has been a mix of heavy rain this morning and warm sunshine this afternoon, constantly accompanied by blustery wind. A bit frustrating that the first two weekends after going back to work properly look set to be not good for getting out. Still, at least the fish tank got cleaned out for a change. I'm hoping I might get a chance tomorrow, but my targets were odonata and a couple of  butterflies that are unlikely to enjoy dull windy weather!
A brief spell in the garden this afternoon with the camera had me chasing a couple of hoverflies around. That I managed to get any shot of this one in the wind was some feat! 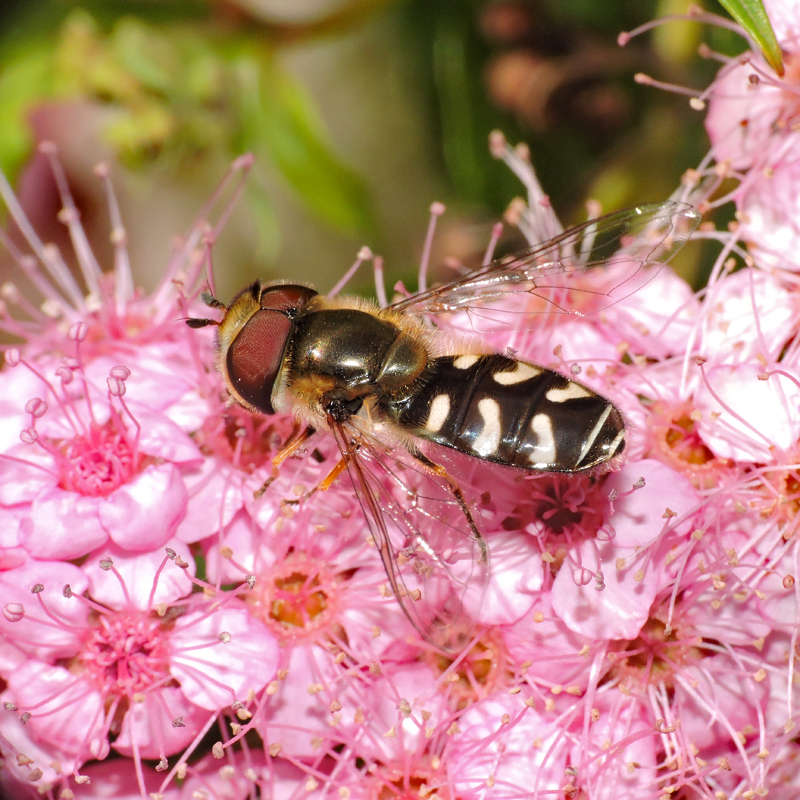 Scaeva pyrastri - one of two knocking about on Spirea
Still a couple of Merodon equestris knocking about, and a Platycheirus sp. that I've not checked out yet. 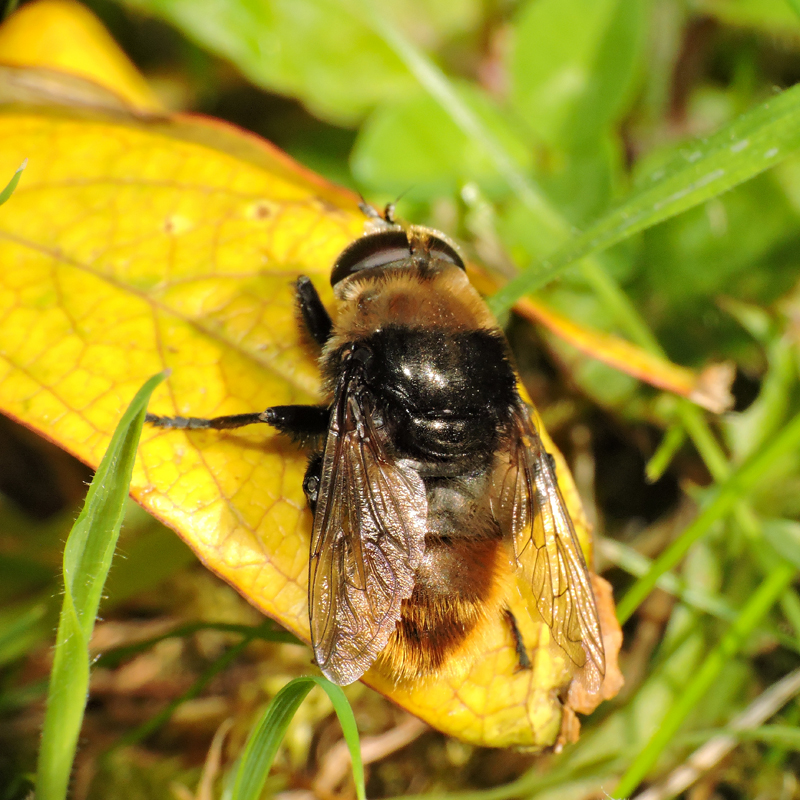 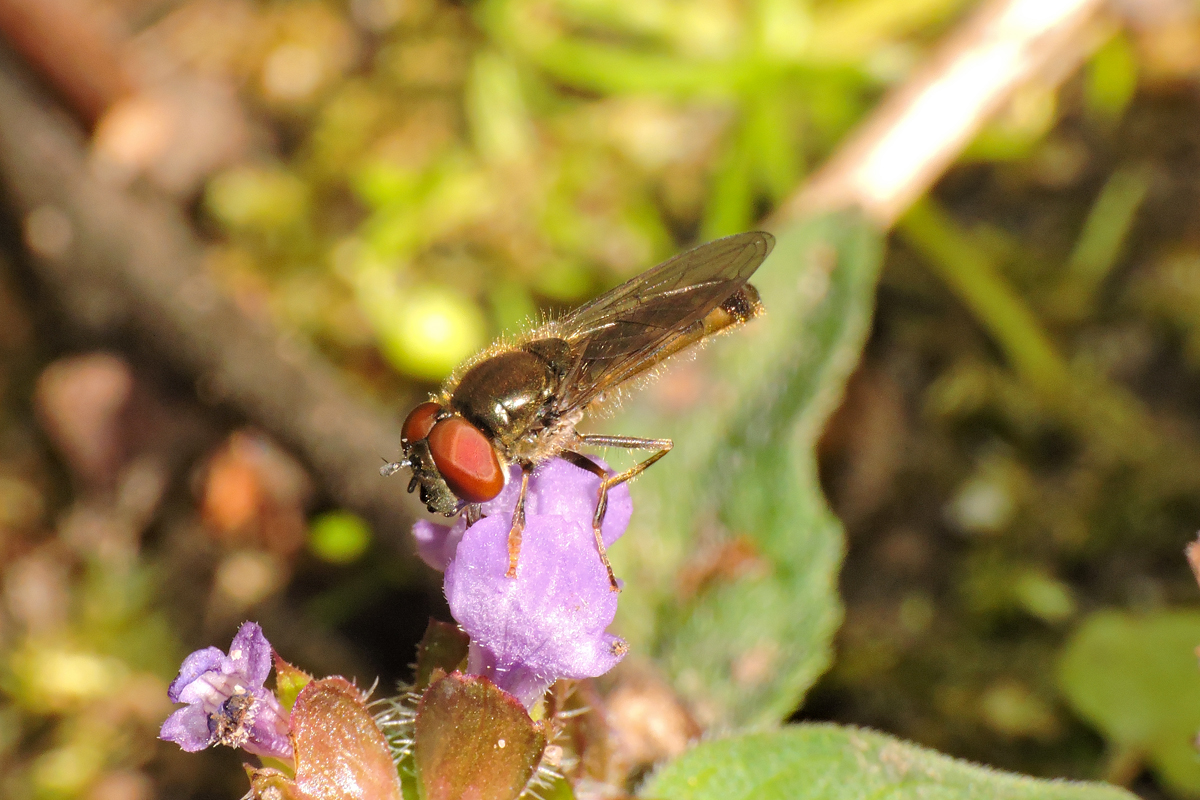