Yesterday evening, after posting, the skies had brightened up and the sun came out for a bit. Having reminded myself about the pond-dipping net I decided to nip out for a dry (but actually wet) run. I went to the pond at Huncote Embankment for an hour or so. Absolutely zero beetles, but the activity was very therapeutic and peaceful .... and rewarding. The net I bought is only a small one from NHBS, about 24mm square and 30mm deep with a telescopic aluminium handle. I took a small white tray, but aside from a few pots and camera nothing else. The tray was fine, but next time I need to take some sort of small hand-towel and some more suitable jars for anything that needs taking for checking out. As you can see (just about), aside from a couple of Great Pond Snails I managed to net a variety of bits. I ignored the fish, though I need to have a better look at these and see if I can rustle up Ten-spined Stickleback. The same photo more closely cropped shows a few bits numbered so you get some sense of scale: 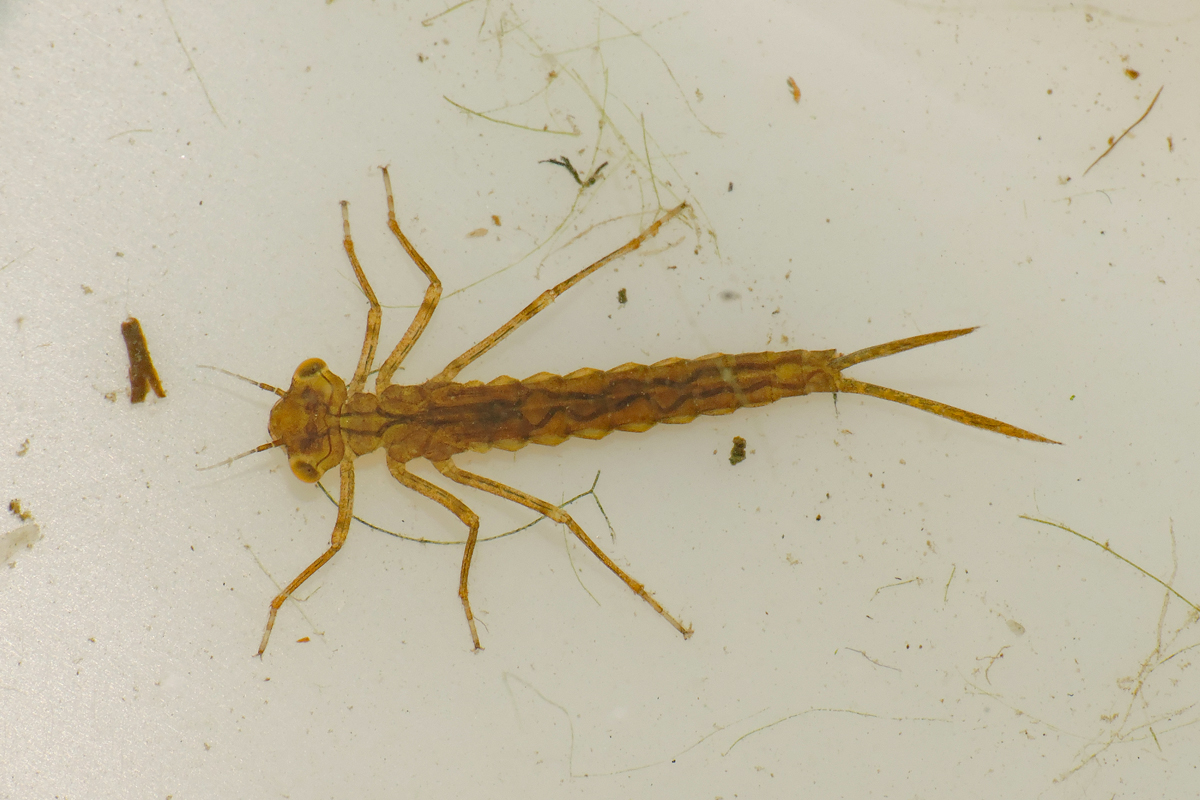 Or at least I think it is a damselfly based on the external 'gills' at the back end, but no idea which species. There should be three of those gills, but all the ones I netted had two which may be relevant.

There are four UK backswimmer species [Notonectidae], but all the ones I netted were nymphs so no ID for these. Pretty sure that the mayfly larva is a Pond Olive [Cloeon dipterum] as the tail filaments are about equal length with a dark median band and more than five rings between it and the base. 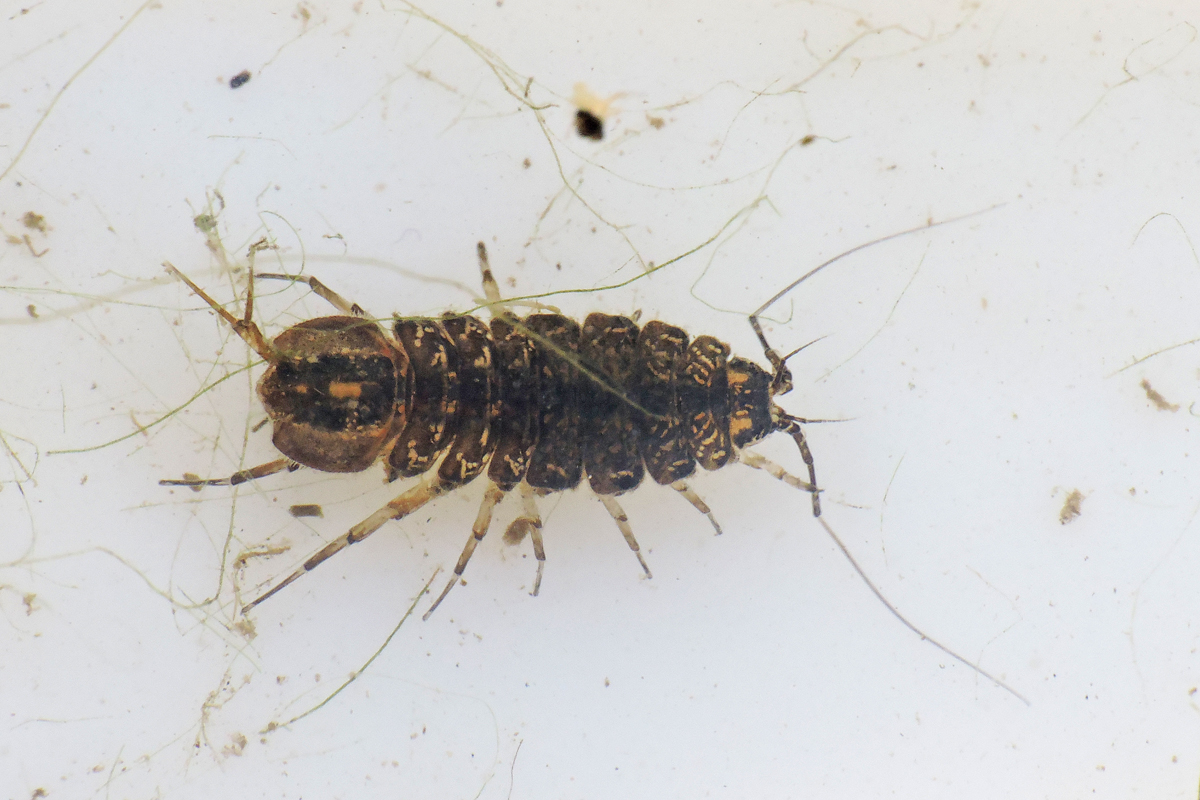 
From here on the stuff was a bit more obscure! 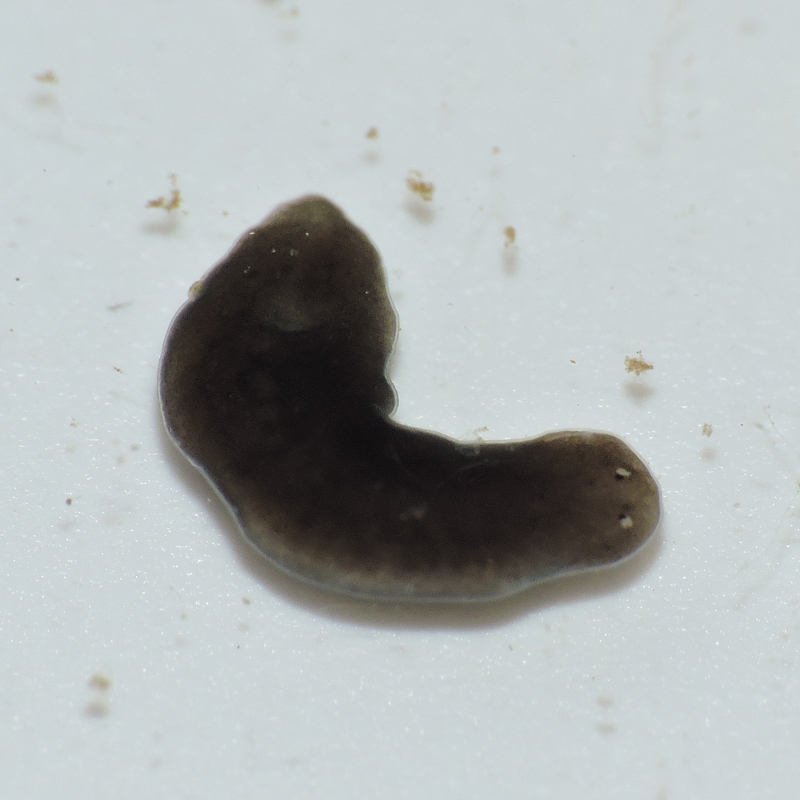 This obscure blob was c15mm and round-headed when out-stretched, about half the size when blobbed up. Very slow moving and nothing like a leech. I've got this to Dugesia polychroa. 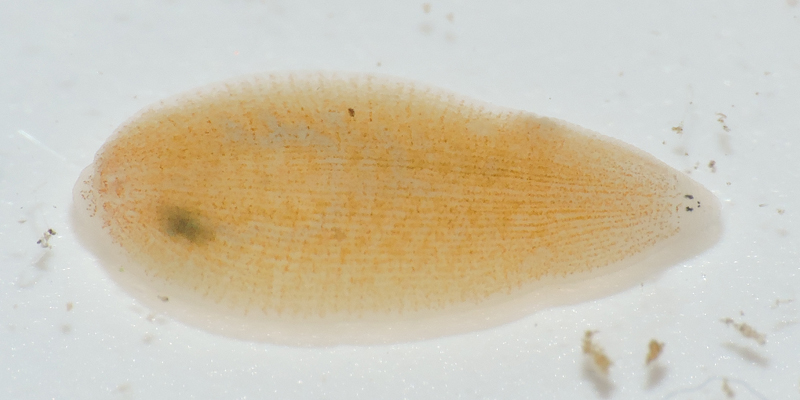 Not the big snail, but both of those had one of these riding their shells. A good look at the eyes, along with the general shape and colouration, makes it Glossiphonia heteroclita. There are actually three pairs of eyes but this is only apparent when it stretches to move around in typical leech fashion. Here's a couple of closer shots, though the one showing the eye arrangement when stretched is a bit off-focus as it was moving. 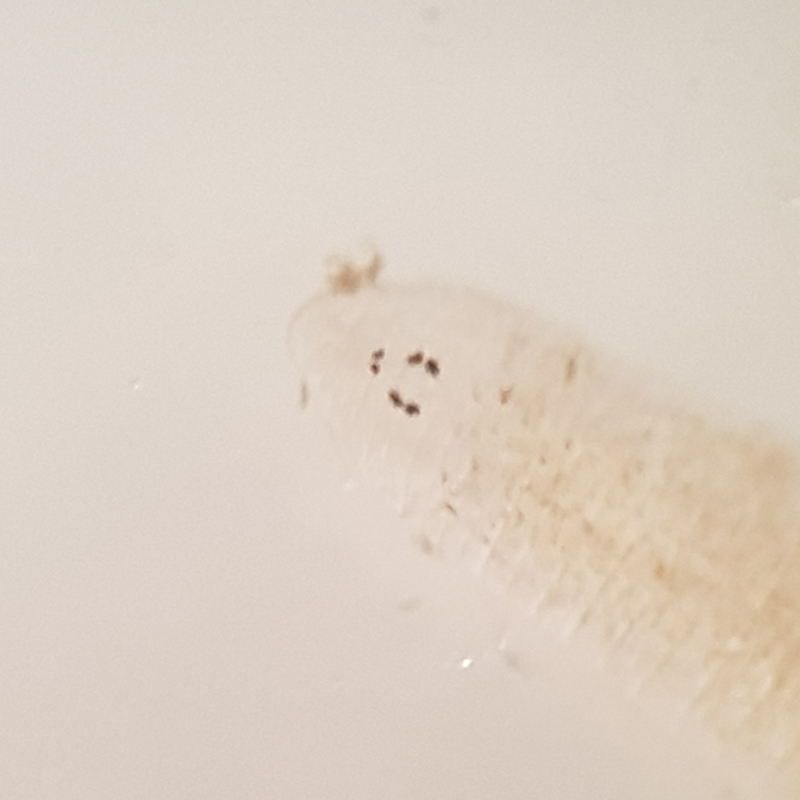 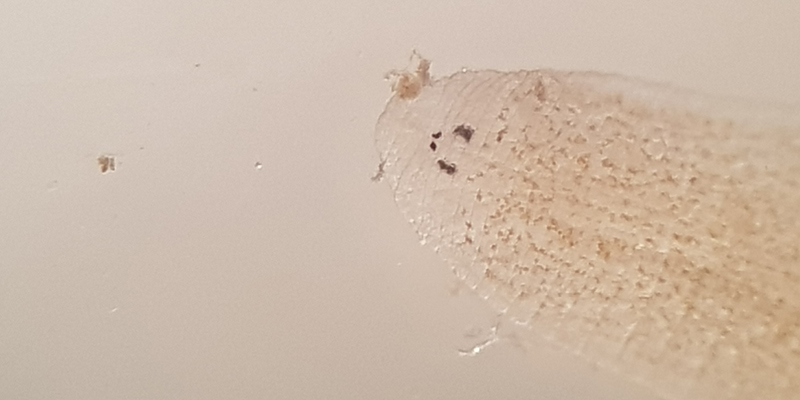 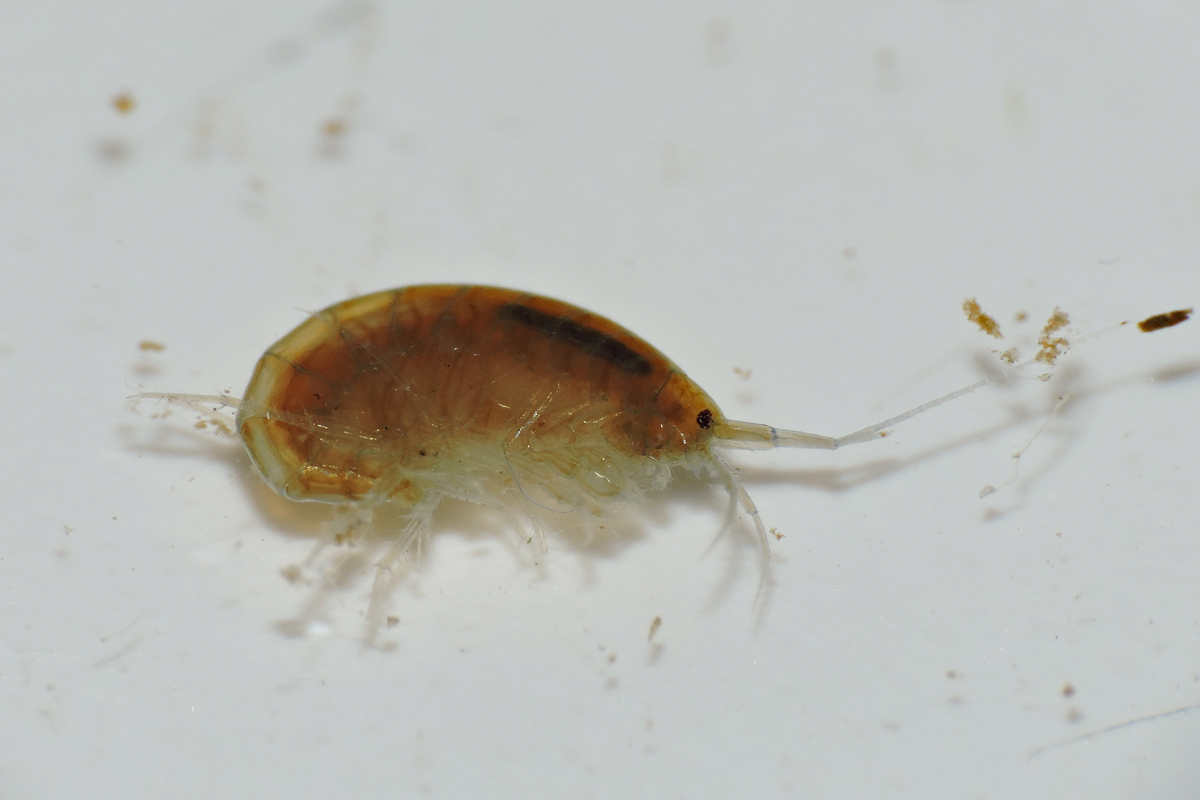 A bit strange the way these moved as they were upright as they scuttled about. Anyway I got one under the microscope to check some features, and I've convinced myself that this is Crangonyx pseudogracilis.


Not a bad effort really, and I'm looking forward to having a good poke around in more suitable location. It's just as well that I nipped out yesterday though as today has been proper miserable with some heavy thundery showers and a bit of hai with brief bright interludes.