Yesterday morning, a Golden Oriole was heard singing from Buddon Wood next to Swithland Reservoir and seen briefly by the (presumably well chuffed) finder. The news came out a bit later in the day and, predictably, there was no further sign or sound in the afternoon. I had given up any hope of this one sticking and bucking the trend for the most of the previous VC55 records. I was therefore surprised to get a text early this morning that it was singing again, and quickly got myself sorted and doen Kinchley Lane to join the throng of usual suspects. Within a couple of minutes, I was listening to the evocative fluty song coming from the canopy - superb. It's literally years (c15) since I last saw or heard Golden Oriole, but it's one of the most memorable bird songs you'll ever hear on these shores. Over the next hour or so it sang intermittantly and also gave plenty of calls. Whilst the song is beautifully melodic, the call is a raucous screech - I imagine a squirrel having it nuts squeezed would sound similar. No-one actually saw this bird today - but like me, everyone will be adding to their county lists. Splendid. Masses of Swifts were over the water early on, but as the morning wore on and the Oriole became a bit more quiet I switched my attention away from birds and started looking at the walls and for opportunities to play with the new macro lens converter.

I found lots, but rather than post them all here in one go I'll drip-feed them over the next few posts. And for a change I'll start with moths! 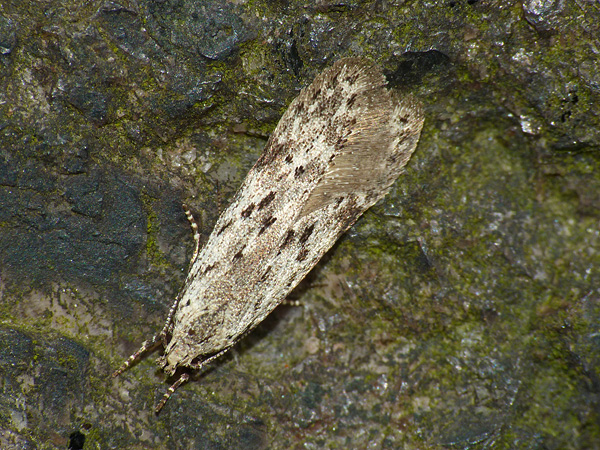 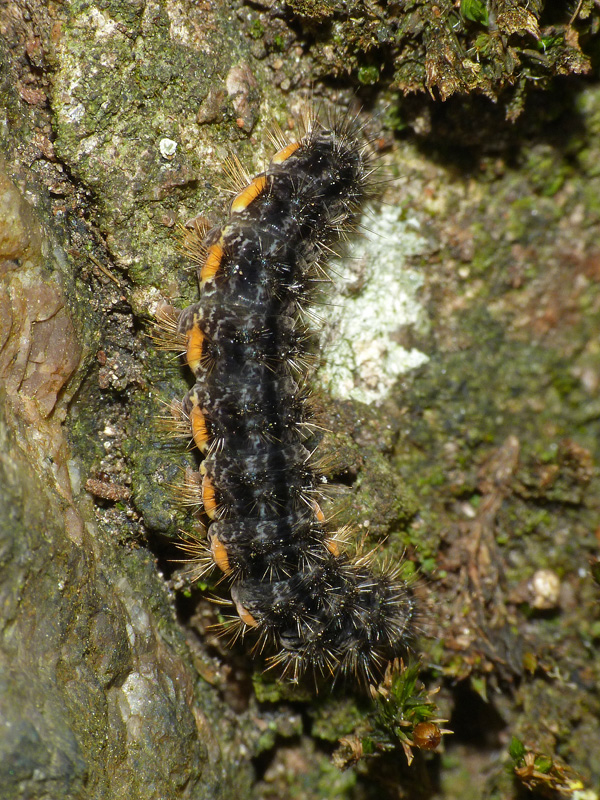 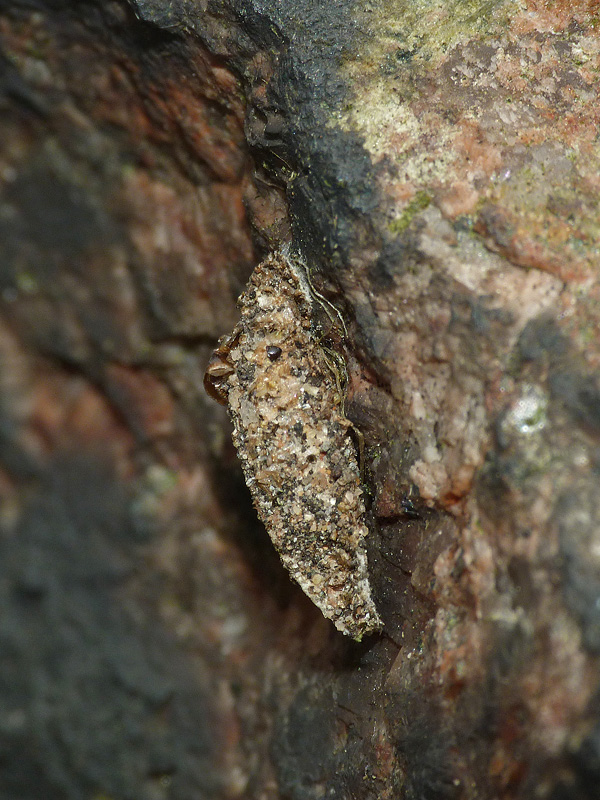 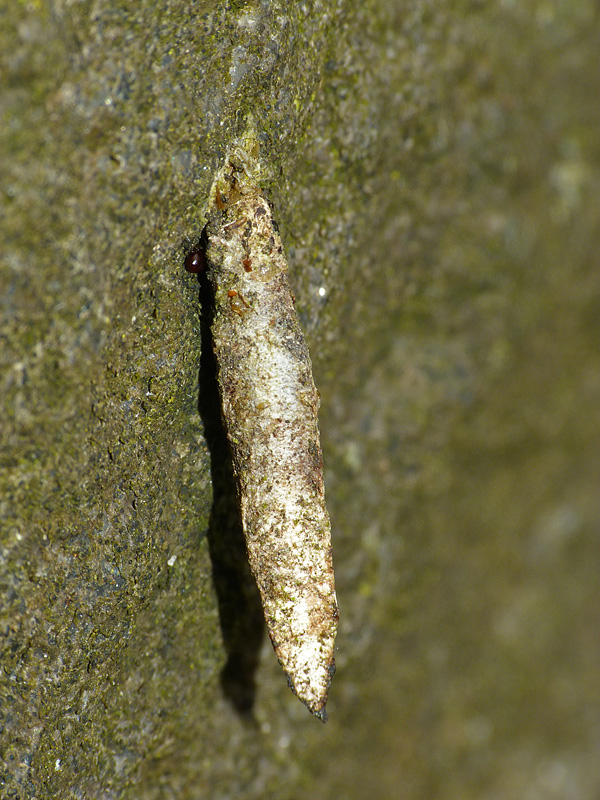 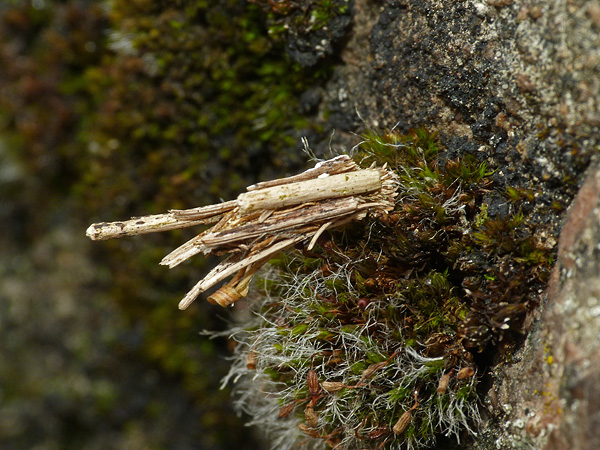 Psyche casta - loads of these around 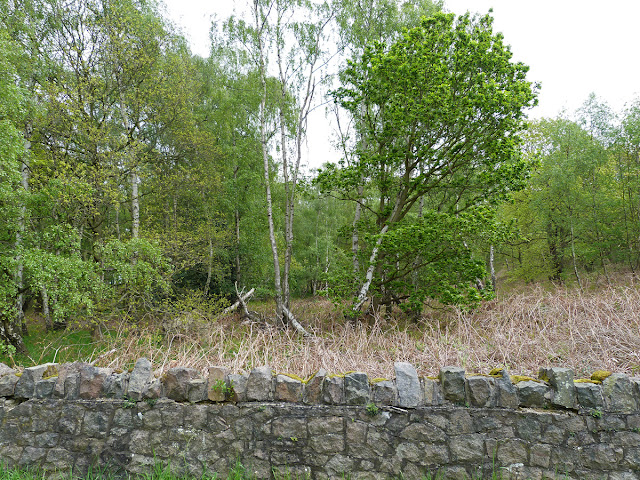 This will now be known as Oriole Clearing 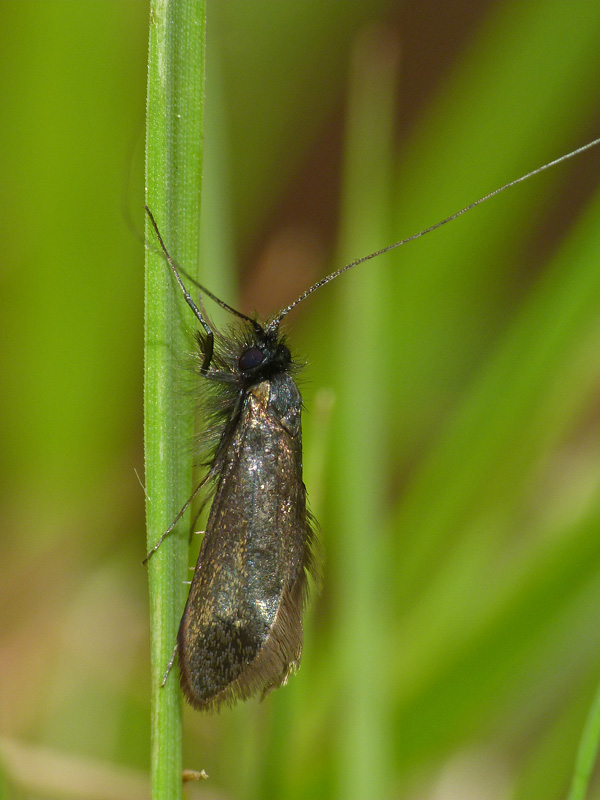 Adela reaumurella - loads along the lane