Thursday 21st Round One - Woodtastic

I've got a lot to catch up on with garden mothing, mothing away from home and some birdy stuff. I'll start with the birdy stuff and catch up with the moths later in the day.

After the Stone Curlew thrill on Wednesday evening, I picked up news on the LROS site of a Ring Ouzel loitering around King's Lock at Aylestone Meadows. Sadly there was no chance of going before work, so I had to wait and see if anyone else had any luck. Bollocks, they did. Both the Teaboy and Drunkbirder managed to pick it up for their City Yearlists. With this news, I headed out for a very brief and unconvincing search at lunchtime. At least 2 City Yeartick Lesser Whitethroats were shouting at me, but no sign of the Ouzel. C'est la vie I thought, and I headed back to work as news came through on texts that there were other City Ticks turning up. Bizarrely one of them was a Bewick's Swan, the other being 2 Wood Sands. A post work foray was called for.

First up I headed to Birstall Meadows. I bumped into Roger Davis who was just leaving having seen nothing of the Wood Sands. I assured him they had been present within the previous hour (courtesy of John ringing me) and he must have felt obliged to go and have another look. It them transpired that he'd been reluctant to hang around as there were two blokes 'petting' in the grass ..... I scanned across with bins and sure enough no Wood Sands along the foreshore, but hang - isn't that a Wood Sand over there in front of the 2 Oystercatchers I mused. Roger scoped across and it was. As I looked through the scope it up and went with an LRP. Whilst we waited to see whether it would return, I noticed a Jackdaw with a very bright silvery-white nape and it's mantle contrasting with wings. A bit odd I thought, but it fecked off when I pointed the camera at it. At that moment a shrill piping suggested waders on the scene, and sure enough there were now 2 Wood Sandpipers down in front of us. Superbs views of one of the best looking waders I reckon. I was reluctant to edge down from the gate to get better shots as they were flightly and others were likely to come and look for them; these shots are cropped from full zoom Lumix. 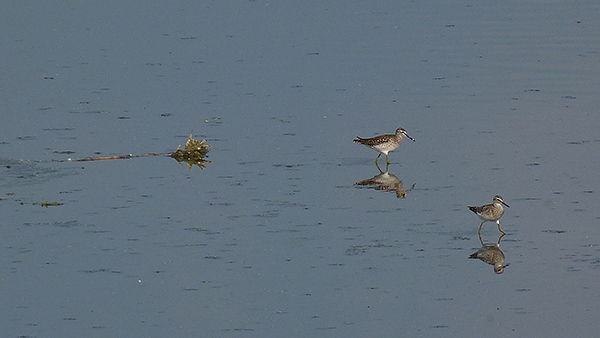 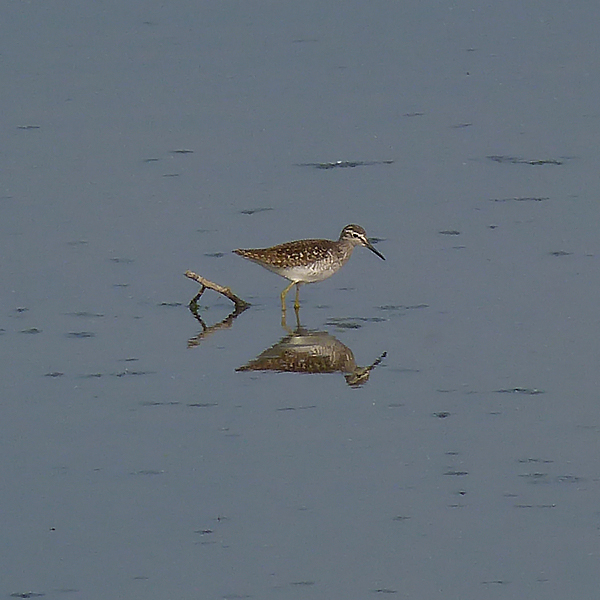 I next headed over to Watermead CP South - yet again. I'm starting to wish this site was outside the City boundary. 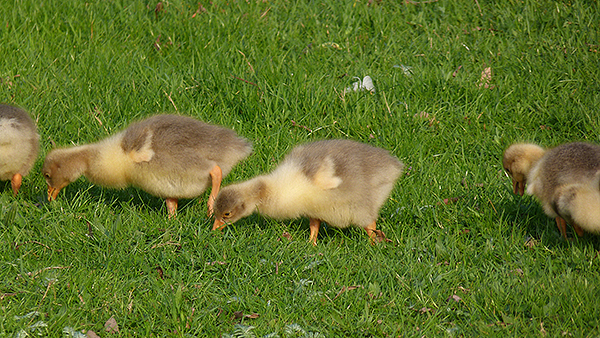 All together - 'aarrr'
A quick scan and scope across the water and there, strangely enough, was a Bewick's Swan. It had the decency to stay distant, singular and avoid the bread-wielding twats that appear to perpetually inhabit the site. 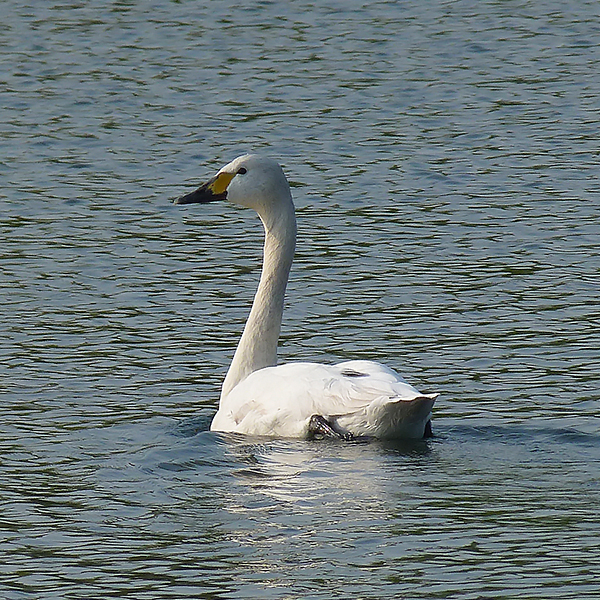 All together - 'AARRRRGGHHHH - SHOOT THEM ALL"
So, more ups than downs overall and some nice City Yearticks in the bag. I then had to head home and get sorted for mothing at Cossington Meadows. I'll round up the mothing part separately, but it was good to have so may warblers singing around as we set up, including the always welcome reeling of a Gropper.
Posted by Skev at 10:53