After another busy week, it was good to find myself in the position of having plenty of bits to round-up from the last 20 hours! First of all, when I got home from work yesterday there were a few bits in the garden worth getting the camera out for .. 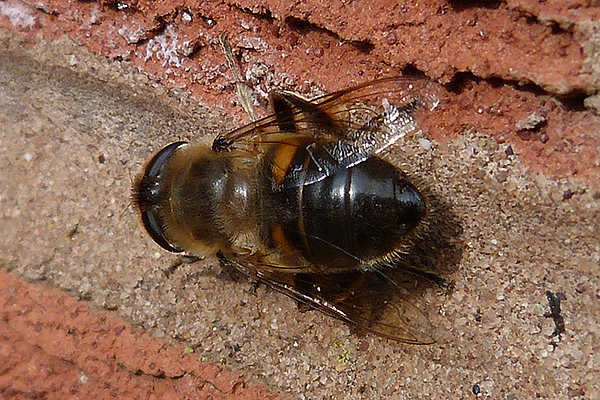 Eristalis tenax - sunbathing on the wall 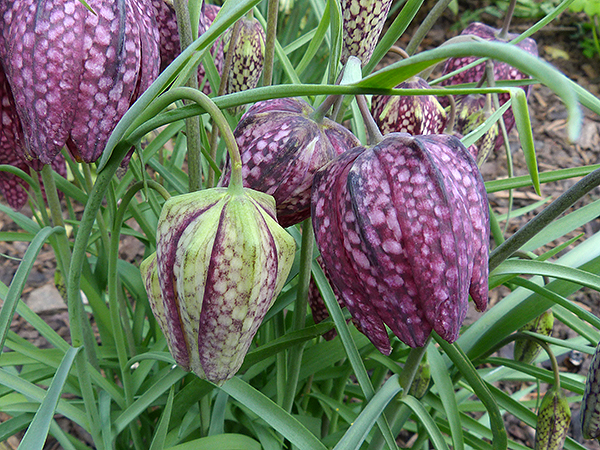 cultivated Snake's Head Fritilary - always good to see these out each spring
It was then a bit of a mad rush to sort a couple of things out. Firstly, the boys are away camping with the scouts this weekend. This time they are at the Oaks in Charnwood site - which rather conveniently is directly adjacent to Charnwood Lodge so I decided to bung 3 traps into the car along with the boys stuff. The plan was offload kids, offload traps, and then enjoy a rare peaceful and relaxed evening pub meal with Nichola before returning to check traps and either pull in or top up gennie.

Phase one was done and dusted by 18:30 - kids safely handed over to the camp leaders and out of our care. Hurrah! Phase two - drive around to Charnwood Lodge and deploy traps. Bumped into Ian Merrill on the way down - this is one of the most unspoilt and remote reserves in Leicestershire so not sure what he thought when a loaded Vectra estate piled along the track. After a quick walk to show Nichola the site and look at the camp from the other end of the field, the traps were out and gennie up and running. Phase three - we headed to the Forest Rock pub and enjoyed a really great meal and a couple of shandys. Never been there before but it was just the job for what we wanted. Before I burble on a bit more, here's some photographic interlude ... 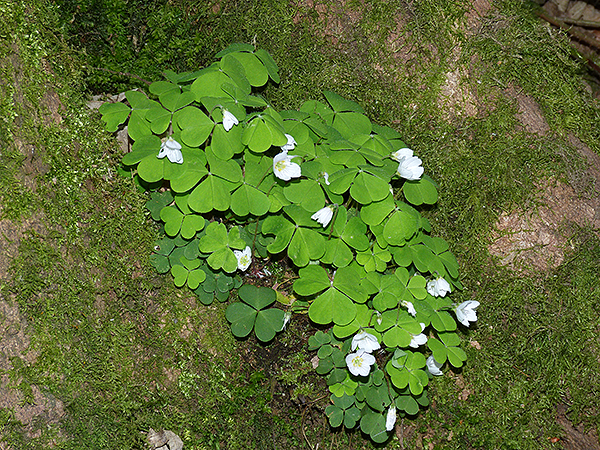 Wood Sorrel - loads growing in the undergrowth and, like this one, in tree trunk basins 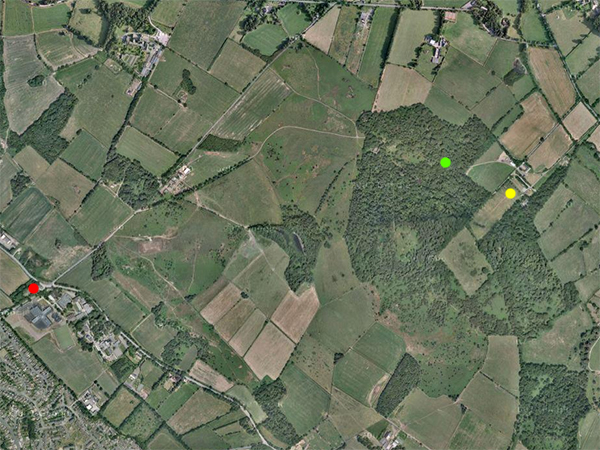 We got back to the trap site at 21:20 - all looking good so I intended to fill up the gennie and leave it until dawn. As I was making this decision, a number of torches and voices appeared along the track heading toward me - the scouts were out on a night-hike. 'Hi Dad' was the most prominent voice. Bloody typical - one minute I'm chilled and mellow and the next I am having to give a demonstration and talk to 20 odd small boys about moths. Seriously though it was a pleasure; certainly it was easier than a couple of weeks ago when I took some of the Barn Owl pellets to show the scouts what they were and what was in them. When I asked what did they think was in the pellets, one kid accurately ventured bones, another one suggested fur, and then it got silly with other boys asking of there was any poo and testicles in them which set the tone for the session. Later when I asked if there were any more questions they all put their hands up, I said 'any more questions that are not about poo and testicles' and they all put their hands down ....

By 22:00 the scouts had departed, leaving me with 3 traps surrounded by trampled sheets. I straightened everything up, filled up the gennie and left the traps to it. Back after dawn this morning at 06:30, and the first pleasing thing was the the traps were still on - the superb cheapo chinese 2-stroke having run 3 x 125W MV traps for over 8 hours and still going. Every trap was awash with Brindled Pugs. Plenty of stuff in all 3 traps which I'll summarise separately with a few photos hopefully. 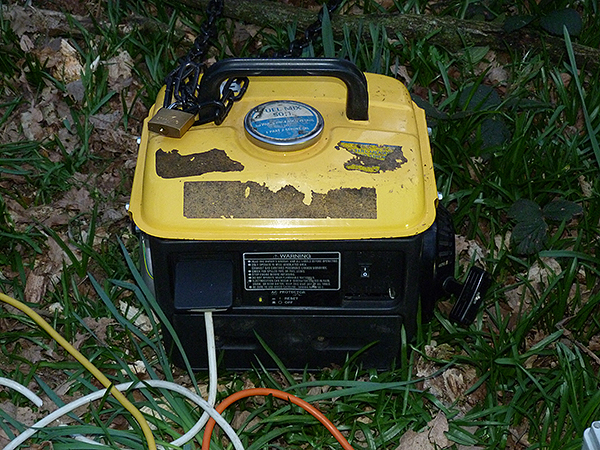 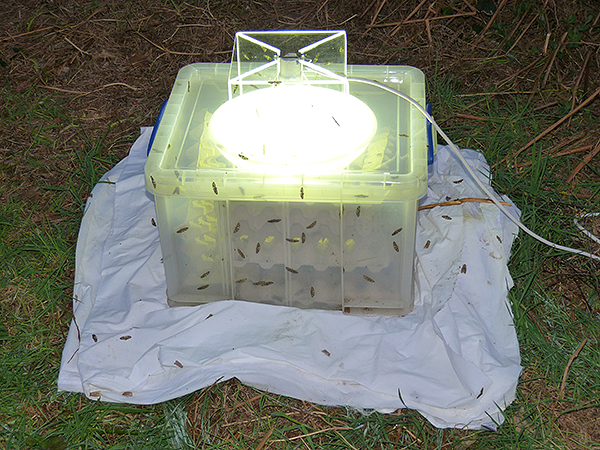 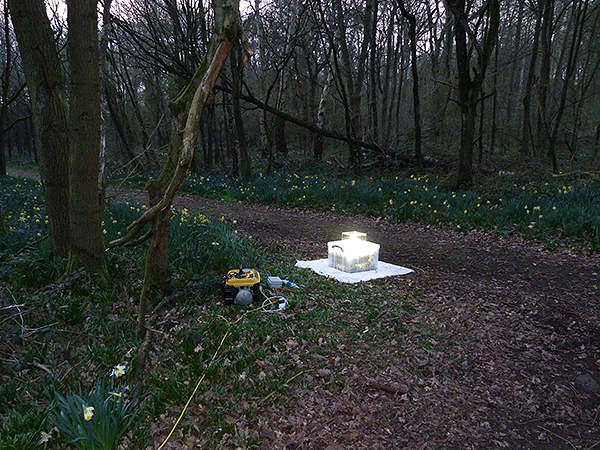 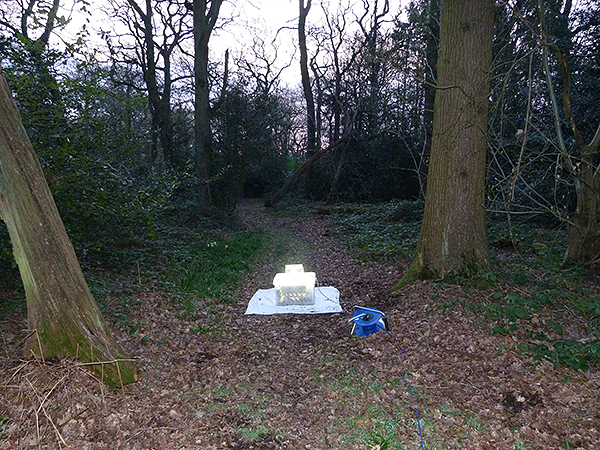 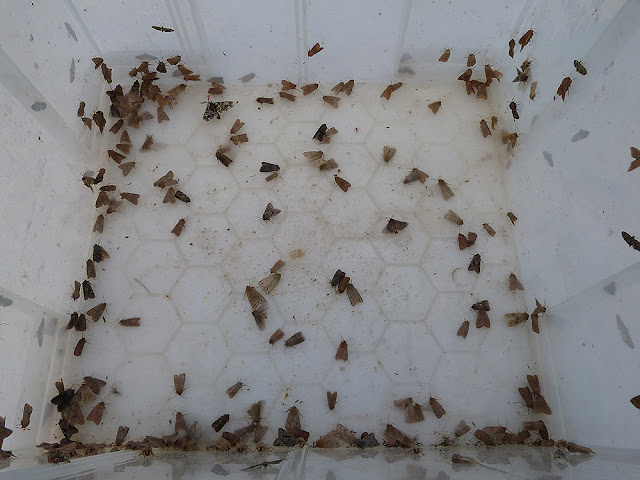 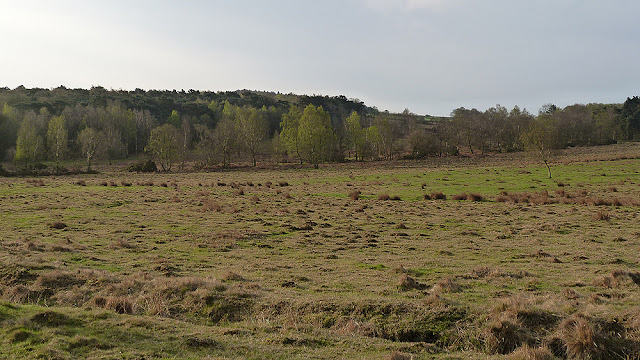 Charnwood Lodge - pretty much the only place in Leicestershire that looks like this - click for big
On the way home I nipped into Grove Park. Immediately on to what looked to be a first-summer Wheatear (brown flecks in mantle, brownish flight feathers). A few Lapwings there aswell, but sadly no sign of any LRPs. This site is really on its last legs now with ever-encroaching development. This is a first attempt at using the photo-merge thing on Photoshop to give an idea - click for big. 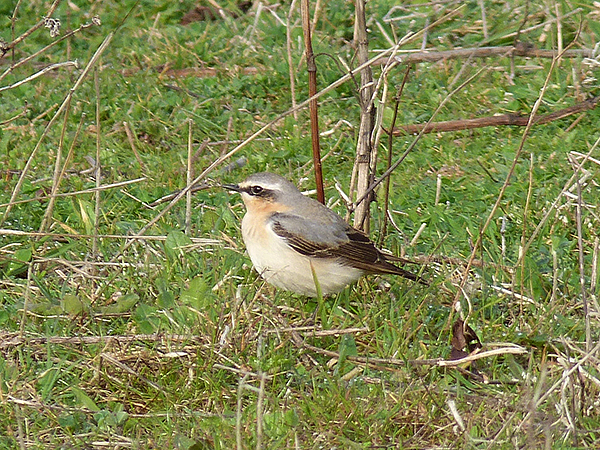 Just as I got home a heavy shower started - the garden traps are still waiting to be emptied .....
Posted by Skev at 11:10