Forgot to mention yesterday - just around dusk it was strangely quiet in the garden with virtually no noise from the M1. I only noticed this as I became aware of a singing garden tick Red-legged Partridge from the nearest fields behind the houses that back on to us.

Gloriously sunny today. The day started nicely as there were two Whitethroats competing vocally on the embankment whilst I emptied the moth trap. Seeing as there were very few moths again this did not take long. I then had cause to nip home from work during the day. Whilst standing the garden the embankment warbler action got even better with a singing Lesser Whitethroat joining the other residents.

I noticed some activity on the shed. The shed door and most of the side panels looks like this .. 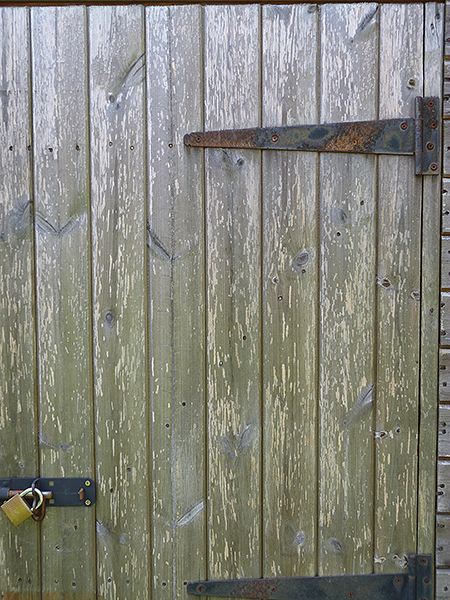 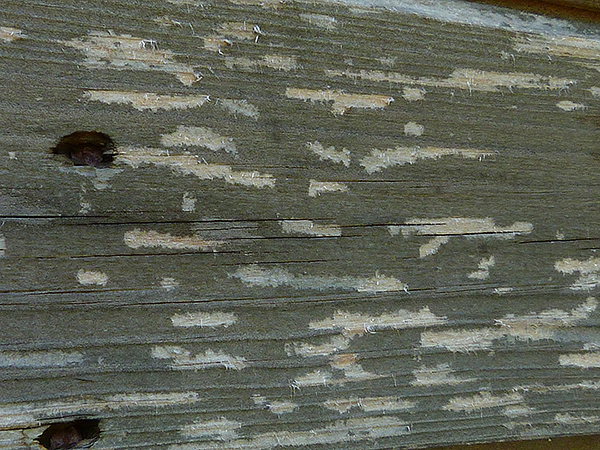 You'll notice that despite me mentioning in a post three years ago that the shed needed some TLC, it is still faded and unloved. The more observant visitors to this blog will also notice that there is lots of evidence of past and present chew marks from wasps. The whole shed looks like this. I grabbed the camera with the intent of getting a shot of the usual Common Wasp eating my shed, when this landed under my nose .. 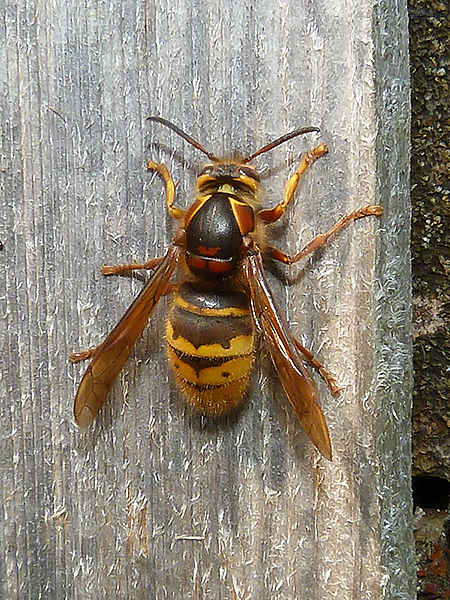 I have seen one Hornet in the garden before, but many years ago as it buzzed through without stopping. I really wouldn't have expected to see another, let alone one collecting material for nest building. I just hope I don't see more of them through the year in the moth trap. Here's some half-arsed video - listen carefully and you can hear them chewing.


Later today after work, I nipped over to Birstall Meadows and Watermead Park. Dave Teaboy Gray had alerted me to a Wheatear at the former - sadly no sign whilst I was there. I did pick up a pair of Little Ringed Plovers and singing Whitethroat as City Yearticks though. Here's a stitched-up panoramic shot of the Birstall Meadows - you'll have to click for big. It's a small but nice looking site which I've never bothered to look at before. 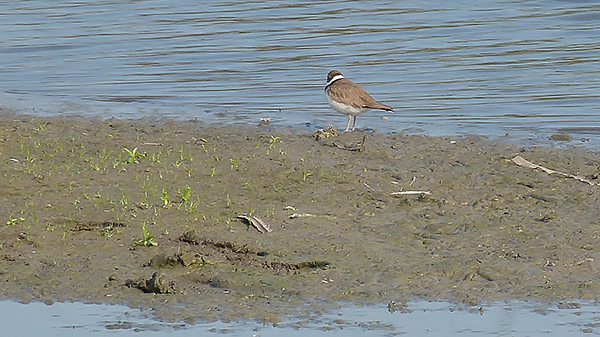 Another camera-shy LRP
Over at Watermead, it was the usual mix of complete knobheads with bread and a relaxing walk around the southern lake. The contrast at this site has to be experienced to be believed. No terns or hirundines, but Reed Warblers were in full song bringing me up to 83 for the City Yearlist.
Posted by Skev at 21:15

Funnily enough my kid's playhouse was showing exactly the same kind of marks. I thought it was cat scratches till the other day when I was stood and heard a crunching sound beside my head and found a chewing wasp. Is it nesting material they use it for or food or do they like me have a fondness for creosote?

I can definitely exclude the creosote Alan as my shed hasn't seen anything that would help preserve it - I just can't get enthused about painting/staining the shed.

I'm pretty sure that the wasps use this for building the nests. When you watch them closely they end up with a sort of 'ball' of chewed up woody gob that they carry off. I haven't seen them doing this later in the summer or autumn which I guess supports the nest building theory.