Yesterday was gloriously sunny and hot. Apparently. I spent the entire period of full daylight within the confines of work. Arse. By the time I got home, it was still warm though already dusky - on with the traps. This morning there was a modest catch but that did include five garden yearticks and another probable Acleris schalleriana. Total catch was 33 of 11sp (125W 15 of 10, 80W/100W actinic/tungsten combo 18 of 6). 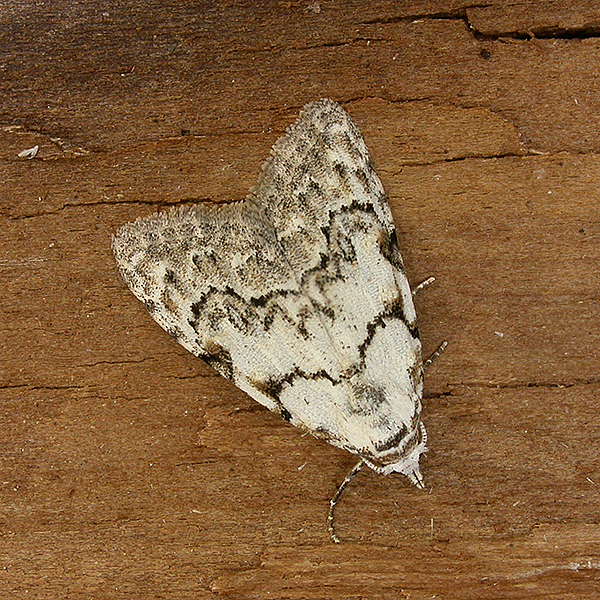 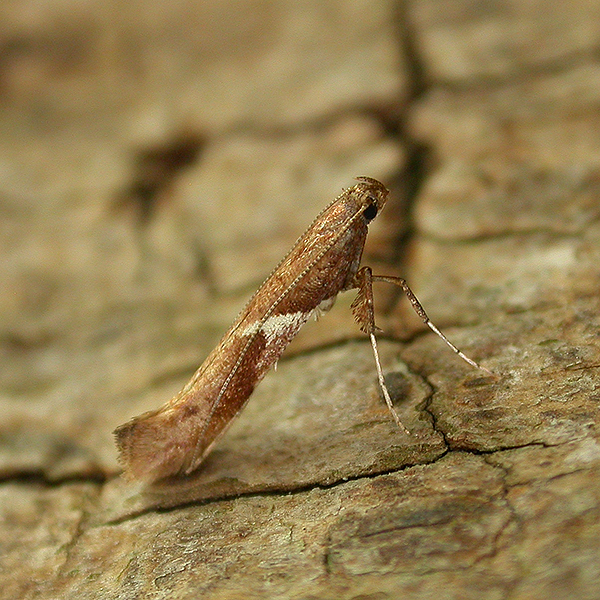 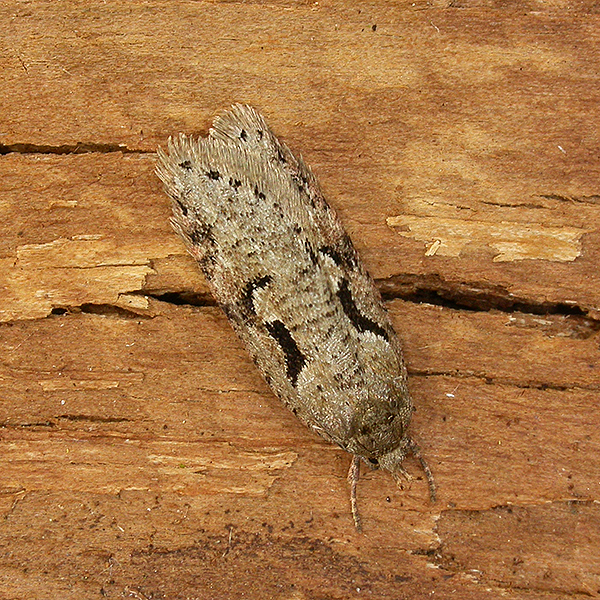 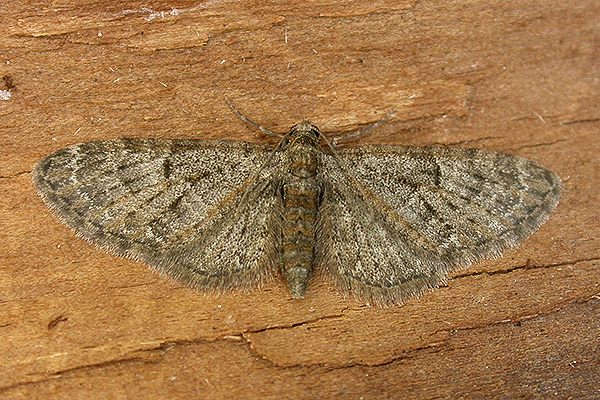 Oak-tree Pug
Whilst out emptying the traps, I enjoyed three warbler species singing from the scrubby embankment. A Chiffchaff has been present since Saturday, a Blackcap that I first heard on Monday morning, and a feshly arrived Whitethroat - a bit earlier than I usually get one here.

Today was not such a good day weather-wise, still mild but distictly cooler than yesterday with much less sunshine until late in the afternoon. I managed to get out at lunchtime and headed over to Watermead CP South for a half-hour attempt to pick up a few City yearticks. First thing I saw was a drake Tufted Duck out with the Mallards on the grassy knoll. I can't remember ever seeing a Tufted on land (which probably says more about my selective memory than anything) - it certainly looked a bit odd when shuffling about ... 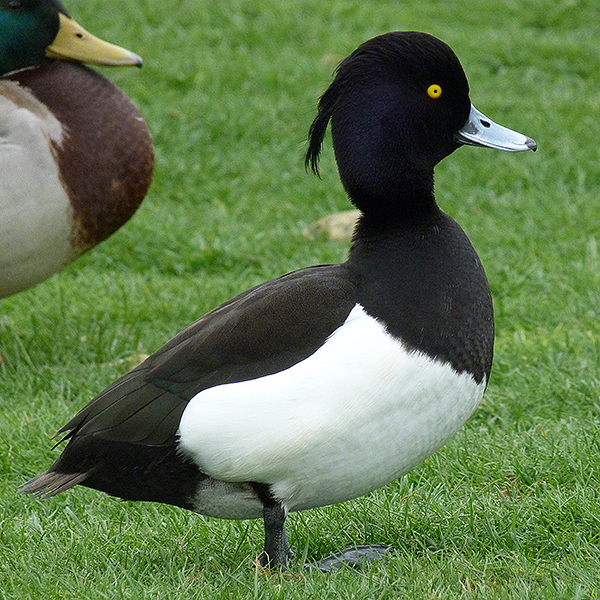 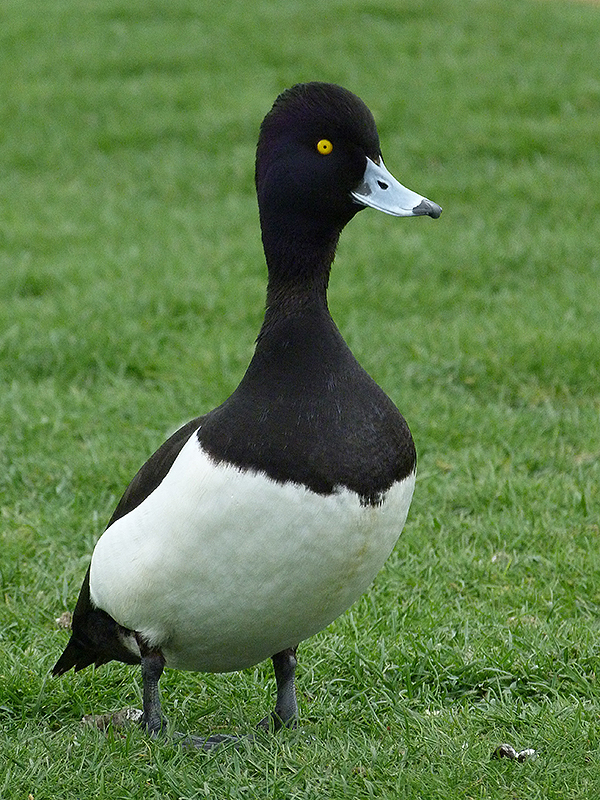 I could also see plenty of hirundines dashing about over the water and high up. Scanning through with bins confirmed initial expectations - lots of Sand Martins. After a while I also picked up at least one Swallow, but no House Martins. Singing Blackcap also noted, but sadly no other new City warblers in my short visit. 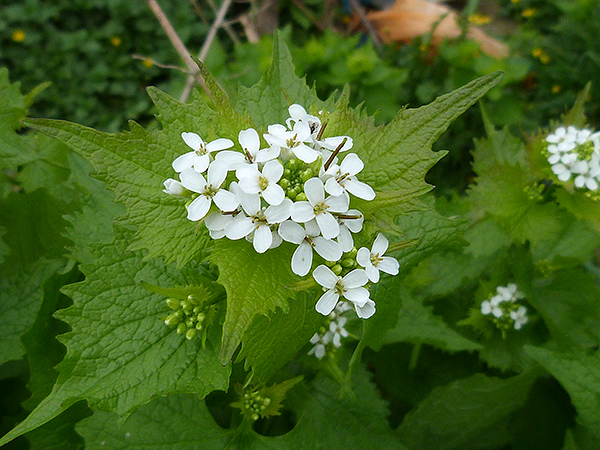 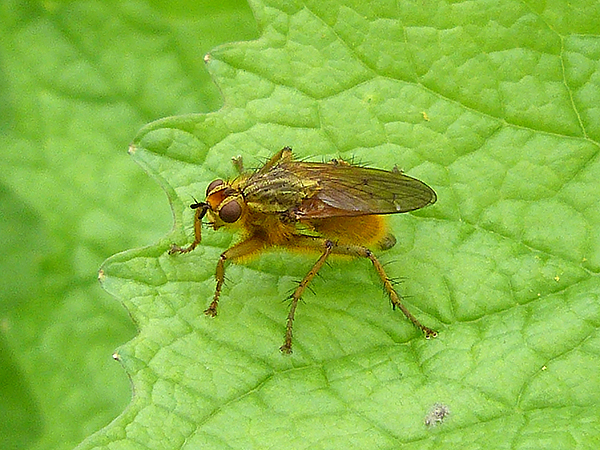 Lots of Yellow Dung Flies - a yellow fly that likes dung, not a fly that only likes yellow dung.... 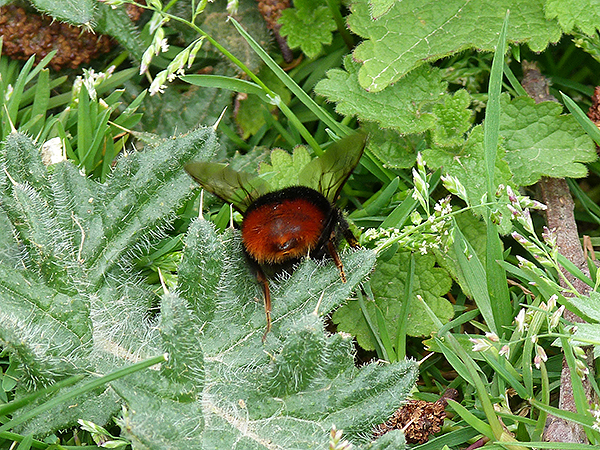 Lots of bees - this is the arse end of a Queen Red-tailed Bumblebee .... 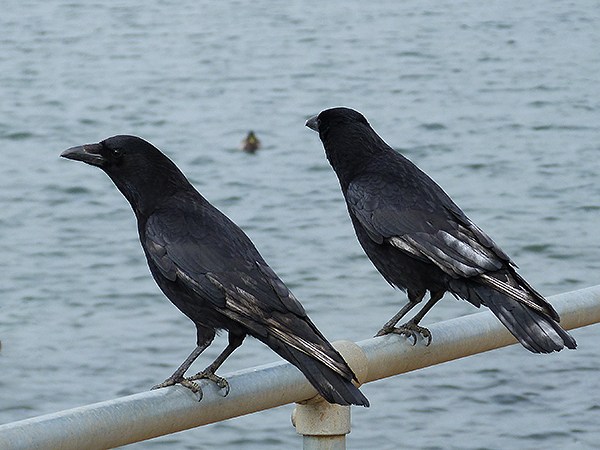