Orchid - the name comes from the Greek "órkhis," literally meaning "testicle," because of the shape of the root.

Yesterday after we left Aylestone Meadows, Dave eventually headed over to some prime north-west Leics. woodland and ended up re-finding a single flowering spike of legendary orchid for the county and the first recorded for c20 years. It's not colourful, pretty, big, brash or sweetly scented, and doesn't even have a nice flowery sounding vernacular. However it's rare so me and John joined Dave this morning to twitch it. I've never twitched a flower before as such, thankfully it was still there this morning and showing well down to millimeters - a damned site easier twitching flowers than birds, don't know why I ever bothered with the former.

The woodland was absolutely wall-to-wall with Bluebells, Yellow Archangel, Lesser Celandine, Dog's Mercury, Cleavers along with a few Lords and Ladies, Greater Stitchwort, Red Campion, Herb Roberts and other stuff. Great to see, but generally ignored as Dave lead us to the target. Despite the crappy dapple light and my complete ineptitude with a camera, I got some identifiable shots though none are as good as I would like. 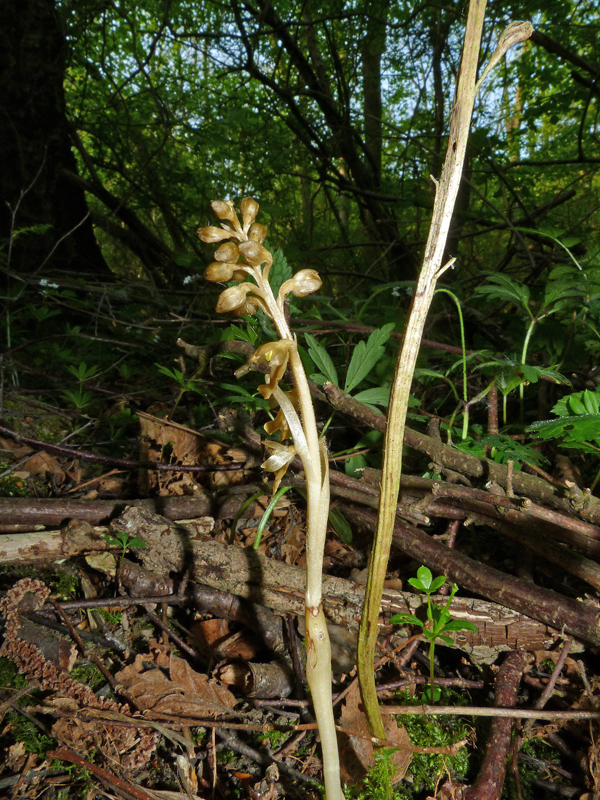 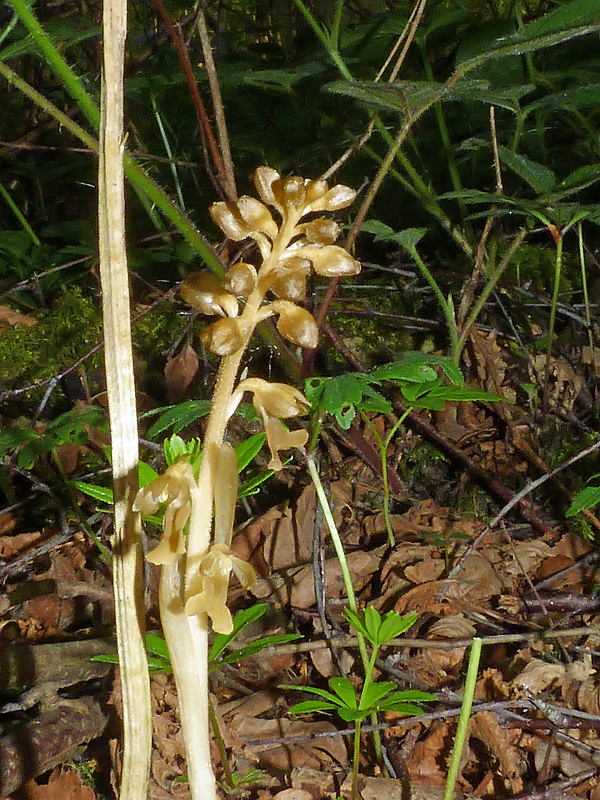 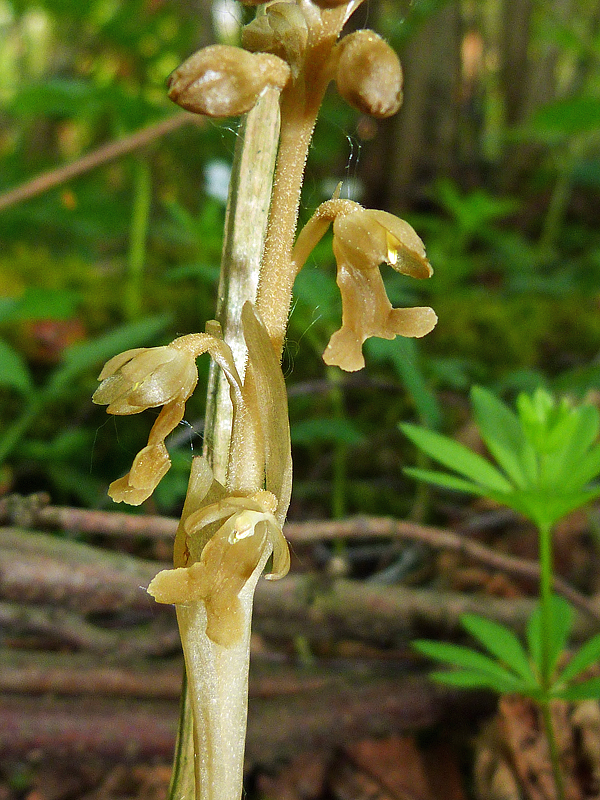 Also good numbers of Early Purple Orchids around with their spotted leaves, another new one for me. They were all past their best having flowered early this year, and pleasing shots were even less likely as everything was swathed in silk. I tried anyway. 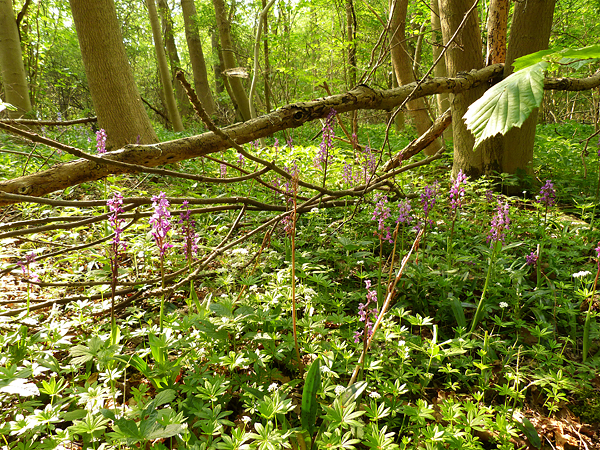 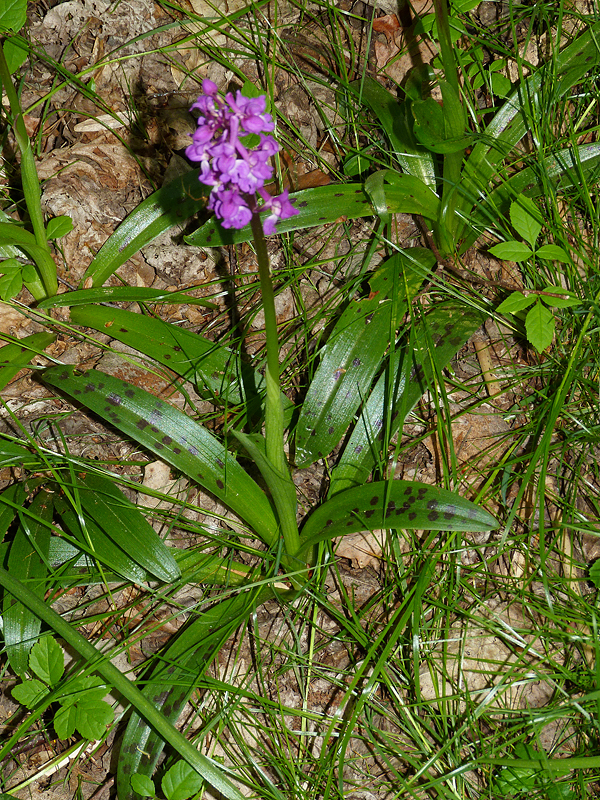 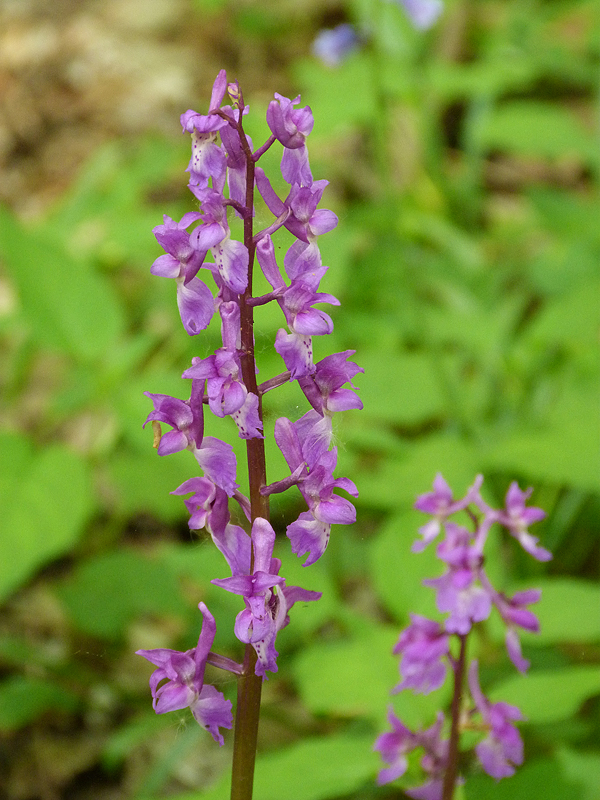 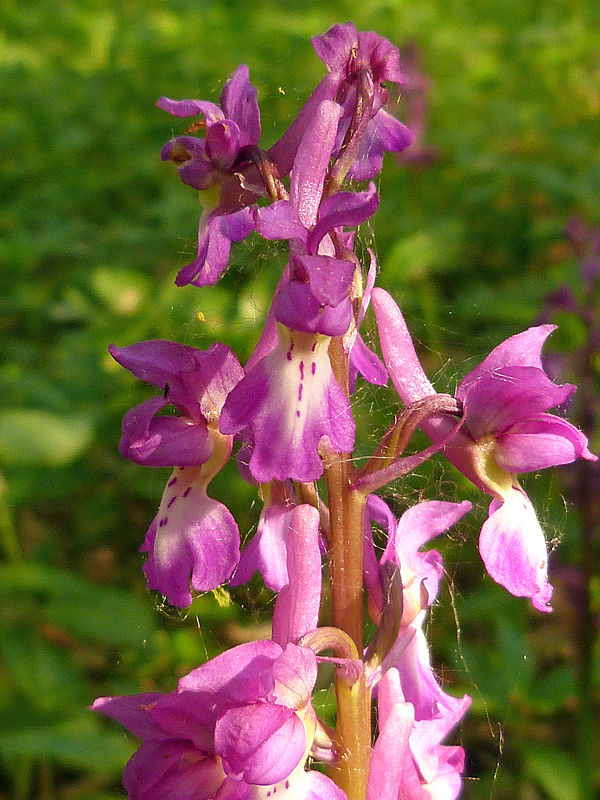 Dave also showed us where the Greater Butterfly Orchids are shooting up, with one or two in bud already though a couple of weeks away from being at their best I guess. I'll go back for those.
Posted by Skev at 13:17

Actually Mark, I think the last record was almost 30 years ago in 1983 at the same site!