After a very early start and a long day working in Kent yesterday, I got home just before seven feeling in need of fresh air and recreation. I decided with only a couple of hours before dusk to drag the mothing gear out of the shed, service the gennie and get over to my nearest local reserve, Narborough Bog. However, as I was completely knackered I intended to just leave the gear overnight.

The gennie is a cheapo 2-stroke that I've had for 5 years or so now. For the money (c£70 at the time but they've gone for c£40 since) this gennie is second to none. It's loud, heavy and smelly when it starts but you can chain it up and leave it overnight without worrying about risk. It has been in the shed since National Moth Night 2007 (August) as I either couldn't be arsed to go out mothing or the weather was too crap in the intervening months. A quick spark plug clean (no oily shit I'm pleased to say) and an air filter check and time to fire up. Not quite first pull, but only 3 more and it was running - superb, another season in it yet.

I had already sorted the traps out with new bulbs and various vane repairs before storing for the winter, so I thought they would be okay. Everything piled into the boot and I was at Narborough bog in time to get the traps and gennie set-up.

The only target as such was Early Tooth-striped. This is a favourite of mine, but I knew it may be too late in the season as I normally trap here in mid April. Otherwise, I was just keen to prove the gear and see what turned up.

I chained the gennie up on the footbridge, with the traps positioned c100M into the damp woodland, c5M from the bridge and c50M along the track running past the allotments. No point in targeting the reedbed at this time of year. All of the traps had a white(ish) sheet underneath - helps to make finding moths around the trap easier in the morning. 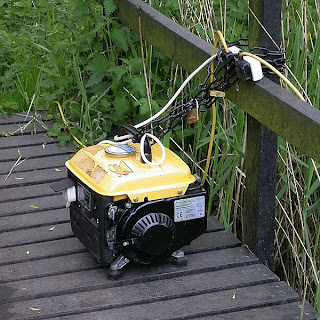 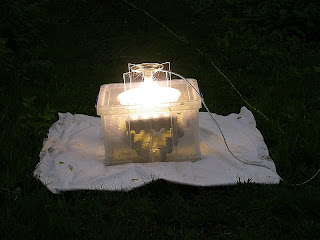 I fired up at 20:55, waited a few minutes and then left it to fate. At 06:00 this morning, I arrived back to find the gennie still running and all traps still on. Only annoyance was that some shambolic fuckwit had decided to trample on one of the sheets, move the trap and dispose of a cigarette into the box. What a cunt on casters. And also what a fucking lame attempt at vandalism - they could've hoyed the trap into the reedbed or at least unplugged everything. It was still running and still had moths in (although some were dead from passive smoking). 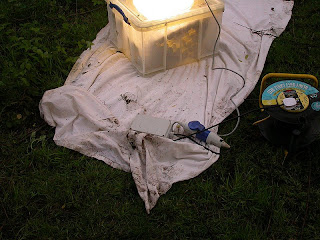 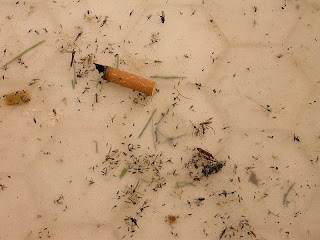 Not the usual trap detritus.

I'd already let John know I would be trapping and he joined me just in time to start going through them. Not a bad catch in total, with 82 of 44sp. The absolute highlight was 2 Chocolate-tips - I think a site first record (which considering the amount of work done here is some feat). There was also a single Early Tooth-striped. Overall, the best moths were:

A full list can be downloaded from here if you are registered on the VC55 Moths Yahoo Group.

As ever (except when blogger fucks up), all of the following photos are clickable for larger size viewing. 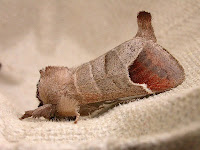 Chocolate-tip - these tend to flap themselves stupid once disturbed, and this on the egg-tray shot was the best I managed. 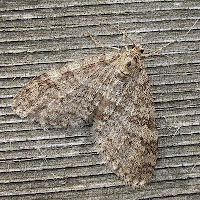 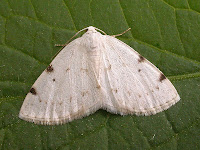 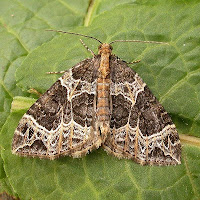 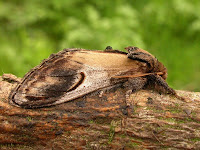 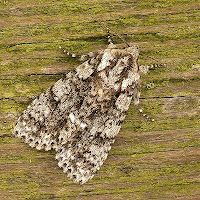 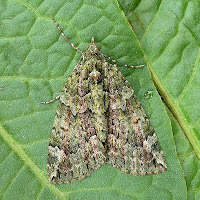 Red-green Carpet
Posted by Skev at 18:18