Still not fully resigned to Leicester City now being the club with the best stadium in the third tier of British football. 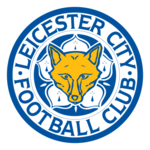 Forget the premiership for the next five years!

What the fuck was Holloway playing at, going all out for a draw to the end when it was clear at the start of the second half that a win was likely to be needed. What a fucking wanker.

Anyway - the five-point plan to getting out of League 1 (or Division 3 as it should still be known) ought to be something like this:

1. Sack Ian Holloway, and put his head on a spike at the City gates.
2. Sell at least 60% of the playing staff, give them away or dispose of them in the canal if necessary - just don't fucking pay them!
3. Buy a couple of very big, very wide and very hard centre backs. The less teeth the better, Make sure they can hoof it forwards a long way.
4. Buy a couple of very big, very tall and very hard forwards who can head a ball with precision.
5. Forget ball skills in training, go for kick-boxing and karate.

Basically, City need to be prepared to kick, fight and gouge their way out of this shithole of a league - playing football won't be enough.
Posted by Skev at 00:25

Your centre forwards don't need to be accurate headers of the ball, just big and hard and prepared to throw themselves about.

It doesn't matter to me anyway as we staved off the inevitable for another season. Brian Laws probably isn't 'our king' as the fans would say but when you're millions in debt you have to take what you can.
I'm no lover of the premiership anyway and I don't really want Wednesday to go up. It comes to something when I have to agree with Kevin Keegan, in what was probably his farewell speech following yesterdays 2-0 reverse at home to Chelski.

So John, you would never want Wednesday to get into Europe again? just think of an away trip to Prague and that lovely beer and a football match to boot! ;-]