An early morning appointment in Peterborough gave an opportunity for another visit to Ketton Quarry. By the time I got there it was already shaping up to be a very warm day and there was continuous bright sunshine. As a direct consequence there was far more butterfly activity than I've seen anywhere ekse this year. Common species on the wing were: Green-veined White, Orange-tip, Speckled Wood, Peacock, Brimstone and Holly Blue. I also managed 2 of my 3 butterfly targets - 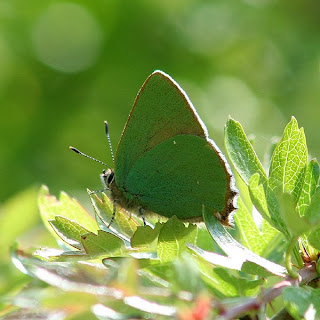 A good 25+ Green Hairstreaks noted, but bloody hard to get a shot of as they were so active. 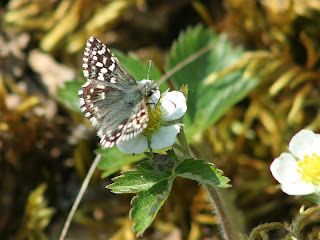 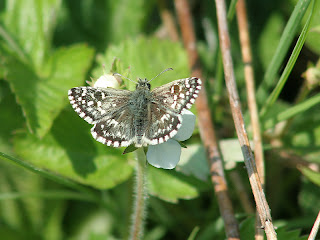 'Another micro-second and I'm off' 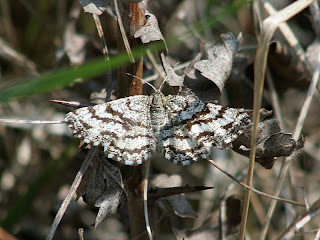 A very conservative 200+ Common Heaths - the name really fits at this site.

Otherwise moths were few and far between, with only a few Incurvaria masculella and Pyrausta purpuralis noted.
Posted by Skev at 23:57