Whilst in Ilfracombe on Friday having a nice walkaround in some sunshine, I grabbed a few shots of seaside birds. Common ones that I could point the camera at.

This Rock Pipit was tucked up on the quay having a good preen after bathing somewhere. I tried to grab a few shots but it was moving to fast .... so most were like this: 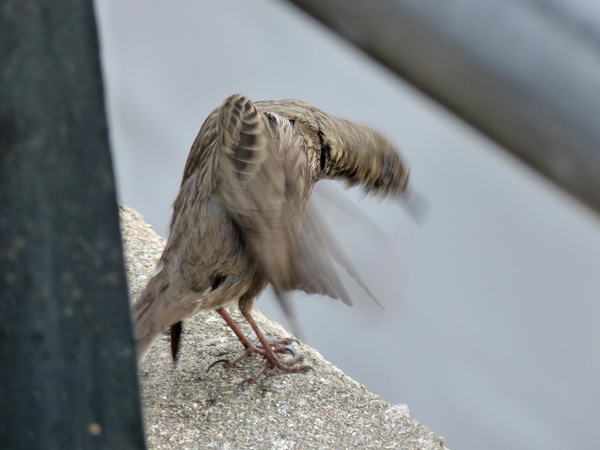 This one came out okay apart from it happened to be when its head fell off. 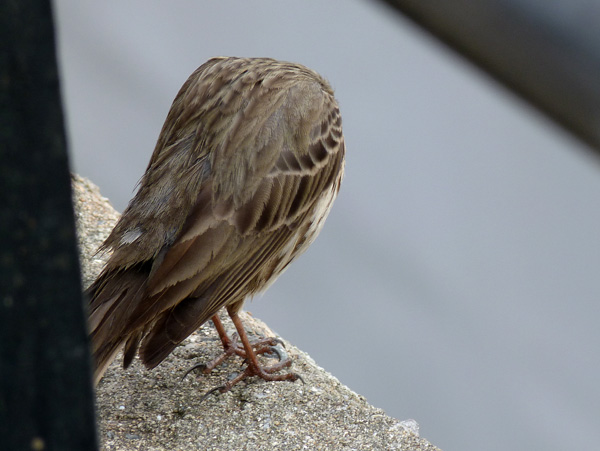 ... and got this shot when it finished pfaffing about. 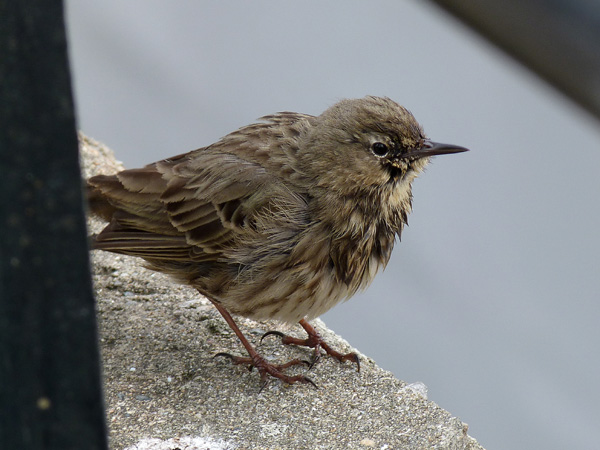 Loads of gulls about, all Herring like this fine specimen .. 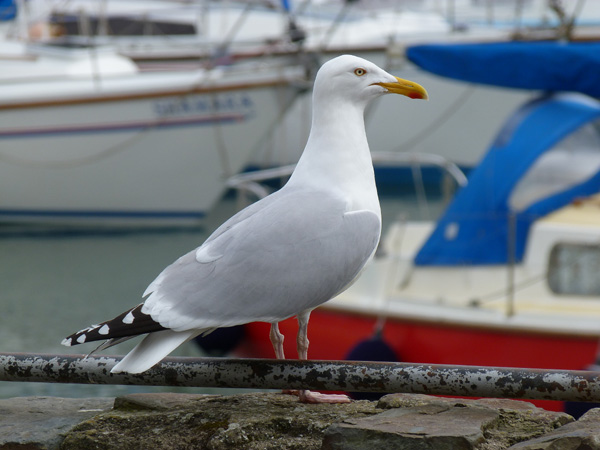 I noted this odd 'pair' in the harbour, lots of parallel swimming and walking with alternate calls and bill dipping - looked like courting behaviour but the female is clearly not adult and presumably not ready for breeding? 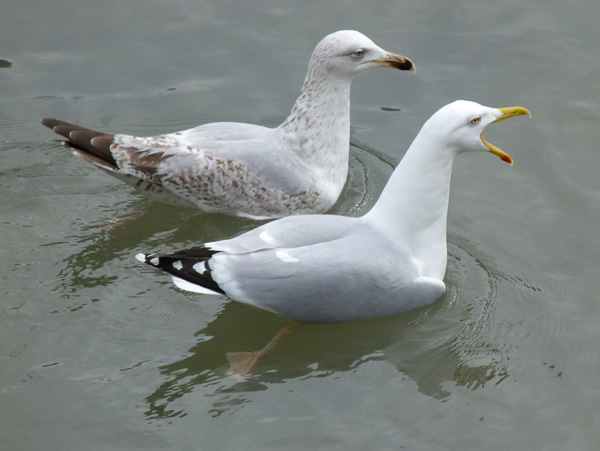 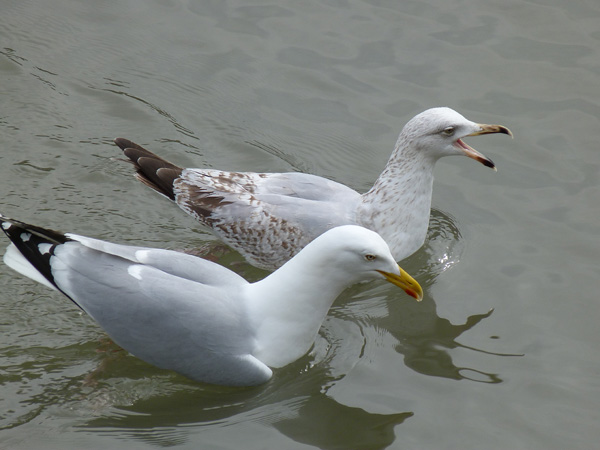 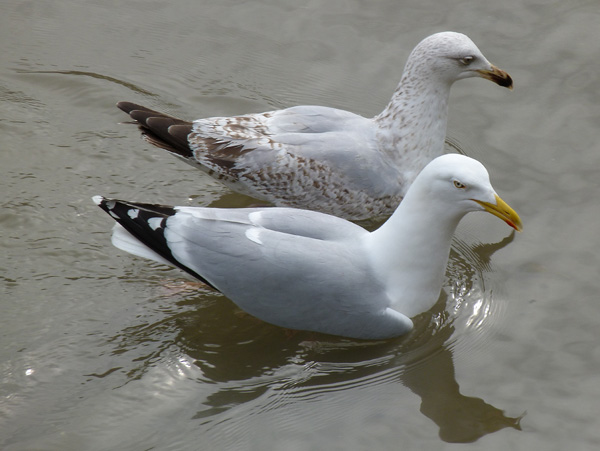 Yesterday, we had a family day out with all the kids at one of the local ex-farm turned into an attraction places - The Big Sheep. Apart from keeping the kids entertained, the best bit for me was enjoying some of the beers brewed on site by the Country Life Brewery. The Black Boar porter was especially nice, and set me up nicely for a beery session at the local pub last night with the in-laws.
Posted by Skev at 12:47

Birding and beer - what could be better!