Today was shaping up from the off to be truly crappy in lots of ways; dull and threatening skies plus chores and other things to do - going out birding or anything else was unlikely. By mid-afternoon I was on my way home from the other side of Leicester, listening to the footy and enjoying the last game/win of the season. The mighty City had not long finished the season on a high when I trundled up the driveway with the phone bleating a text at me. It was from the Hooded Birder - Otter at Jubilee Park! Amongst a collection of expletives and mutterings, I quickly realised that dashing over there immediately was futile and sure enough a follow-up text confirmed that it had melted away. Gripped.

Nevertheless I took this as a proverbial kick up the jacksy to get myself out and onto the patch. I started at the Otterless Jubilee Park which was, frankly, wet. Pretty much the whole playing field was under water and the river bank was breached at several points. I chatted to some old boy whilst there: he'd been earlier in the morning and assured me that the high water levels now were actually significantly lower than they had been. It was bloody cold and breezy aswell, and the whole idea of looking for migrants seemed bloody ridiculous. Nevertheless there were plenty of birds around feeding, singing and generally doing. Most noticeable were Swallows - very hard to count moving flocks of hirundines so I guestimate at least 200 Swallows and 30 House Martins knocking about. Small groups kept breaking off from the main pool and river, swooping and flitting around over shallower flood-pools. 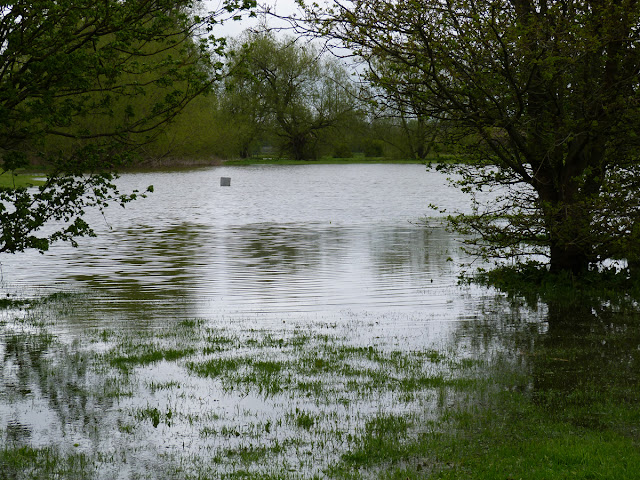 That lake is a kids playing field 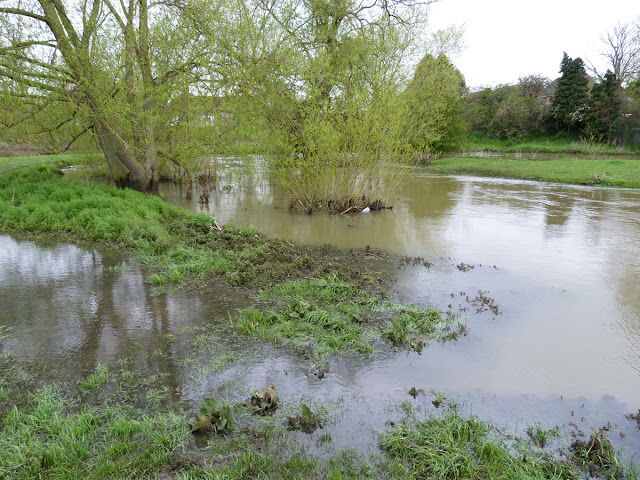 Wellies essential when the site is like this, unless you like cold wet feet. I don't so I had my wellies on. ARSE - why is my left foot starting to feel cold and - BOLLOCKS - wet. With newly-discovered leaking left welly I headed back to the car via one last look at the pool. Nice - Common Sand again on its endless circuitous route around the pool shoreline.

Once at the car I decided that the left foot situation was bearable for a few more minutes whilst I checked out the newly-created delta over on the other side of the patch off of the Guthlaxton Trail. The water here was higher aswell and the marshy delta was now more of a pool with small islands. No sign of any Snipe, but I was pleased to find another Common Sand. Now I was feeling throughly chilled - absolutely ridiculous conditions for late April.

I decided to nip home, get some dry footwear and a coffee and go and checkout Grove Park as I have done a few times over the last week or so. I'd just pulled my wet welly off when the phone bleated again - this time Dave Gray was letting me know that - ARSEHOLES - lots of Wheatears were at Grove Park, news he'd got from Colin Green. Fecking typical. Dry footwear, coffee on board and I was back out heading to the north-west of the patch. Immediately when out of the car I scanned and counted five Wheatears. I remembered that the Hooded Birder was keen to see local Wheatears and texted him. Just after that Dave rang - he was over on the other side of the scrape where he thought he had six Wheatears. We quickly established that we weren't looking at the same groups. Andy HB turned up and we both went over to Dave's side. Another quick count and I had seven in total on this side, which potentially meant 12 in total. We took up a different viewpoint looking over the whole scrape and over several counts we got to a definite 11 though there was some movement between counts and I reckon this is the minimum rather than absolute. The light was absolutely dire, and despite best efforts none of the birds were entirely confiding. Pants record shots were the best I could hope for. 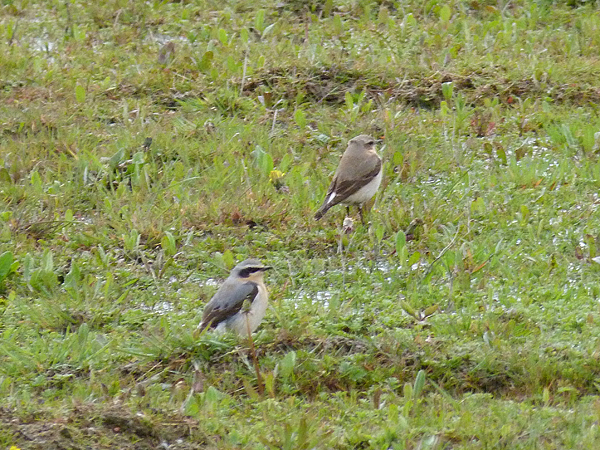 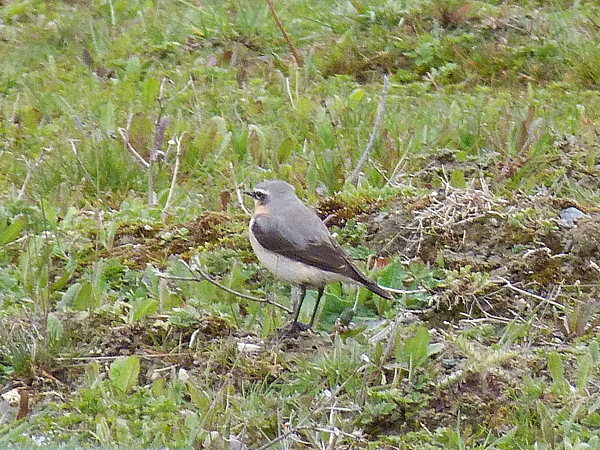 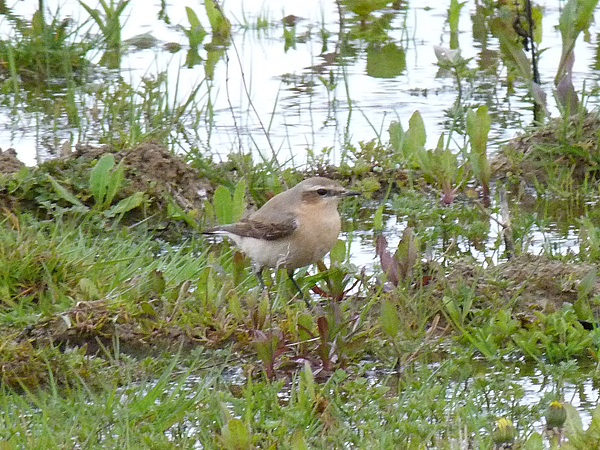 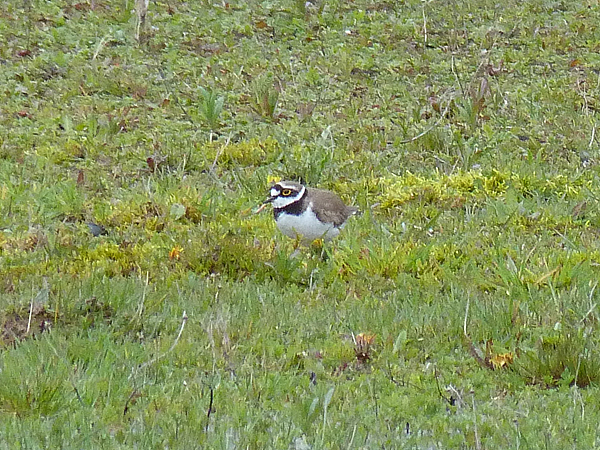 nice posting.. thanks for sharing.