As those in VC55 know, Watermead Country Park is a pretty big area split into a north and south section with the Birstall Meadows in between. the southern part is managed by the City council, whilst the County council manages the northern section. The BioBlitz was organised with involvment from both councils and a number of local charities and organisations, and was also linked to the BBC Springwatch wild days out campaign.

The overriding aim of the BioBlitz was obviously to conduct a snap survey of the whole ecology of the site covering all taxonomic orders, but the real prize was to get as many people involved and enthused as possible.

In support of the event, I joined up with Adrian Russell on Sunday night to conduct some moth trapping at Watermead CP South. The conditions were not ideal, with a very stong breeze prevalent though the temperature was reasonable and we had a bit of cloud cover.

The 24 hour BioBlitz started at 5pm on Sunday. When I arrived early in the evening, the WCPS list was already at 43 species before any formal searches/surveys had started. I had a mooch about for a few minutes whilst I waited for Adrian and I promptly added a few obvious species to the list - including Brown Rat. Also a couple of loud warblers, and a less obvious addition was this milling about with the feral geese and bread-crazed Mute Swans - it obviously has no self respect and is as plastic as any duck I've seen .. 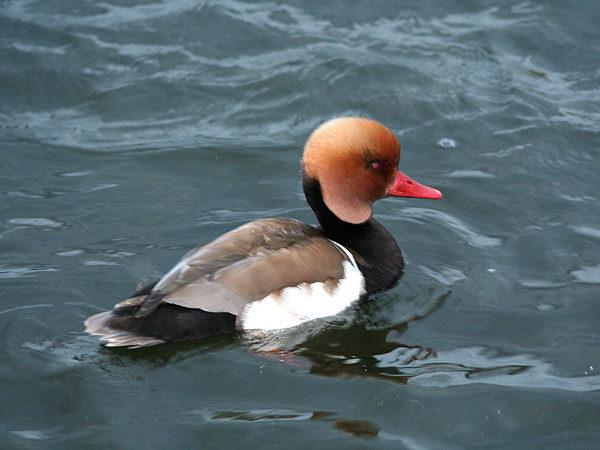 Red-crested Pochard
We got the traps set and waited for the moths and public. I'd set my traps in the south-eastern corner within the wood and scrub south of 'Mammoth Hill'. After a slow start things picked up, and I managed to pot a huge female Poplar Hawk-moth just in time to show a gaggle of punters that were being lead around on a bat walk. I diverted them to the best of my four traps and was able to show them a number of species including Pale Prominent, Green Carpet, Brimstone Moth, Common White Wave, May Highflyer, White-pinion Spotted, Clouded Silver, and some less exciting stuff like Heart and Dart and Flame Shoulder. They were suitably impressed and it was good to get members of the public showing an interest in something they'd normally not get a chance to see.

Whilst walking about between traps I picked up a calling Tawny Owl, and I found this on the path - another one for the big list .. 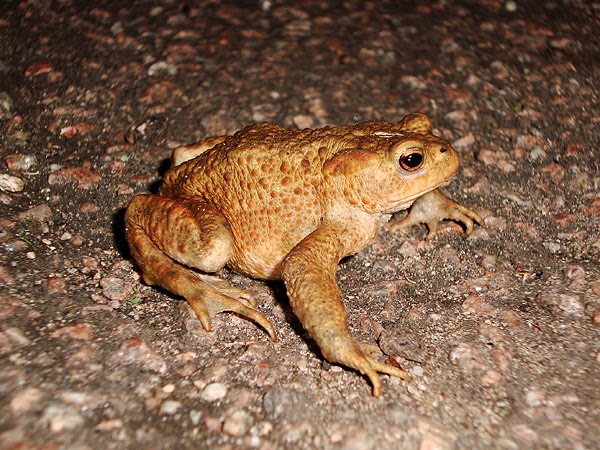 Common Toad
As well as the moths, we potted up a fair few other inverts for others to ID the following day including several Caddis Flies, Crane-flies, and odd sawflies, earwigs, centipedes and ground beetles. Whilst my traps were going okay, the sheet that Adrian was running and most of his traps were a bit more exposed to the wind and seemed a bit quiet. By midnight we decided to pack up.

With Adrian's sheet and traps, we got the total up to 277 of 55 sp. The only interest from the sheet for me were yearticks in the form of Chilo phragmitella, Small Clouded Brindle and Gold Spot. Over at Watermead CP North, Graham Finch managed a total of 251 of 50 sp. including a few larval records and the first Netted Pug for Leicestershire (only recorded in Rutland previously), and in total we'd managed 77 species - not bad at all. 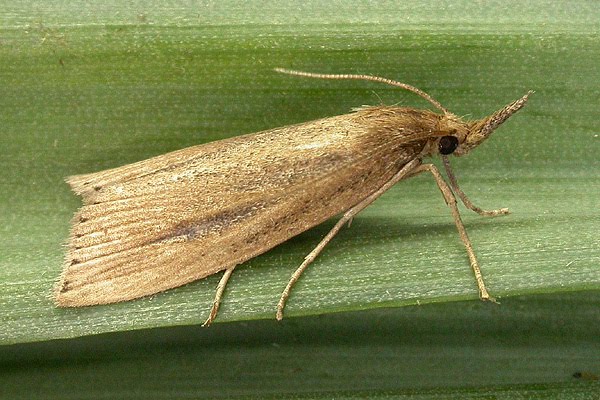 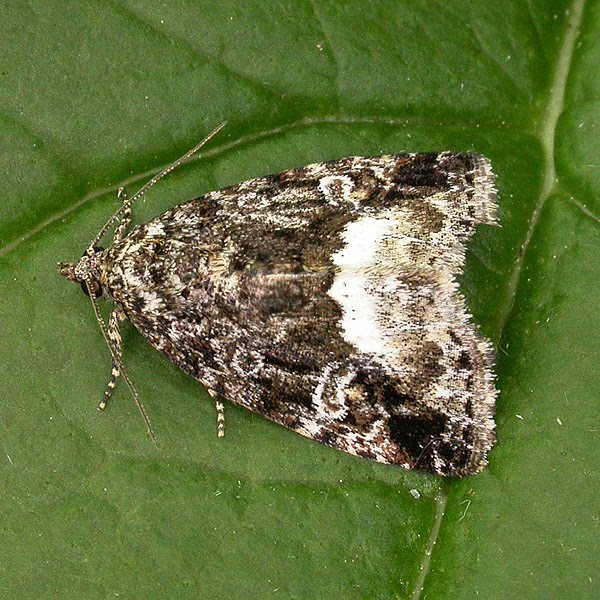 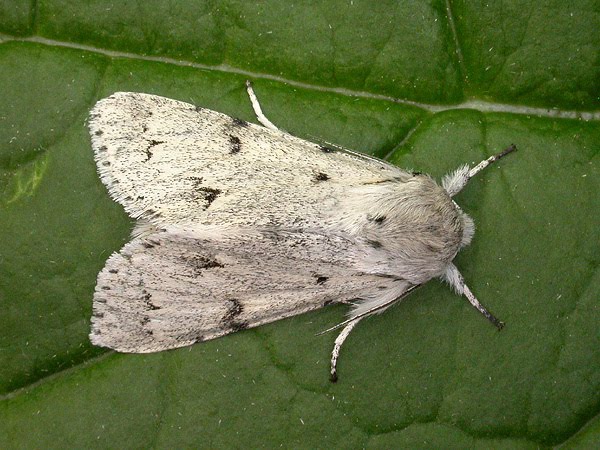 Miller
I headed back out on Monday afternoon with Nichola and the boys to get them involved and to try and add a few day-flying micros to the overall list. We got the boys sorted with a 'find these species' quiz/checksheet and used that as the basis to potter about the site whilst I potted/netted anything that looked interesting or identifiable. 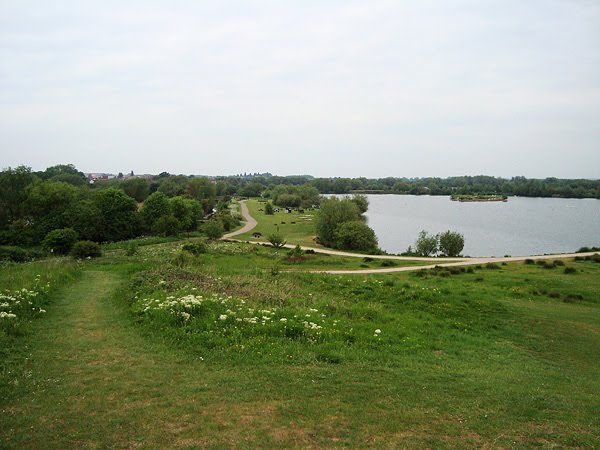 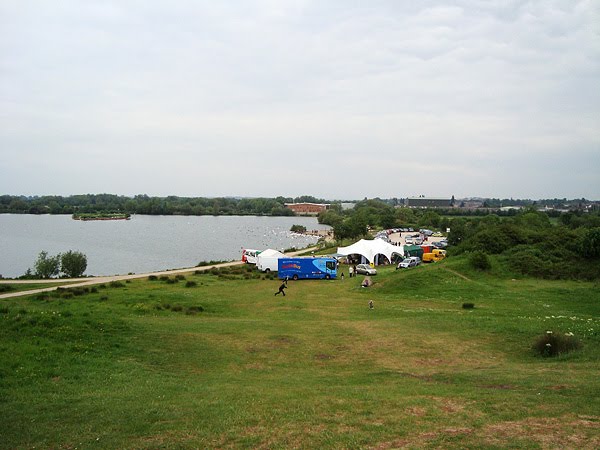 I can't 'knit' photos but you get the gist - looking down from Mammoth Hill.
To be honest, if I'd had enough pots and time I could have gone mad with inverts but I had to restrict myself to just a few. Nonetheless I added a good few inverts to the list plus listed a few others to be sure they were covered, including four ladybirds (Harlequin, 7-Spot, 2-Spot & 14-Spot), a couple of damselflies (Common Blue and Blue-tailed), Common Blue butterfly, a couple of weevils (Phyllobius pomaceus and Apion miniatum), a superb Wasp Beetle and a couple of spiders (Large-jawed Ord Web Spider and Cucumber Spider). Also a few small leaf beetles and a sawfly that I can't remember the names of. 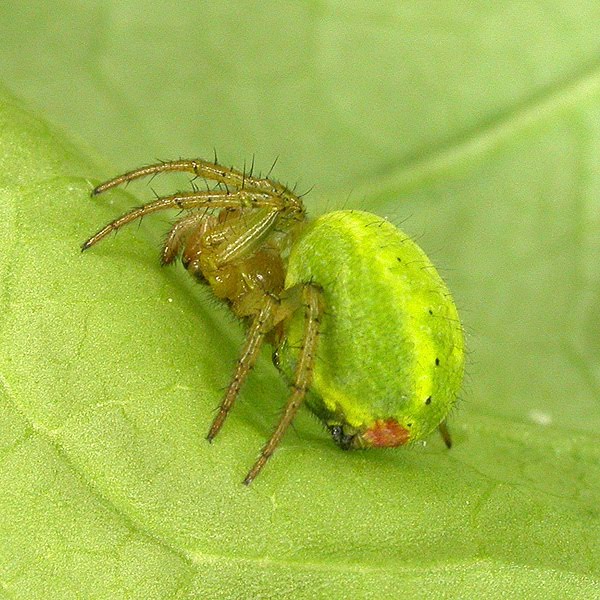 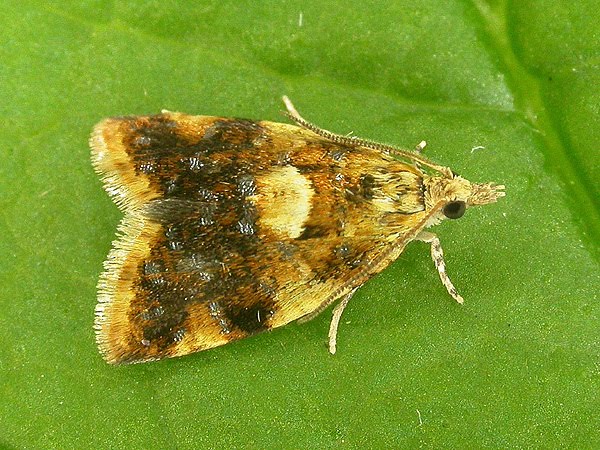 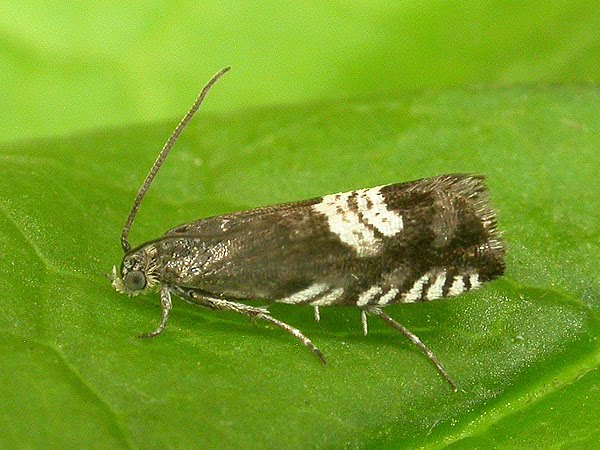 Grapholita compositella
A great way to spend the afternoon, and I thoroughly enjoyed looking for stuff that is usually incidental or ignored when I'm out. The site was busy with people looking at the potted up specimens on tables, pond-dipping trays etc and I'd say the event was a big success. I look forward to seeing the final lists for each section of the park and the overall total which I'm sure will be well over 500 species (already well over 400 for each section without the insects).

If a BioBlitz is arranged near you - get involved!
Posted by Skev at 01:09

I was at the North Section Sunday night and Monday pm but at the South end Monday morning.

Some good stuff recorded. I managed 6sp. of Damselfly and Water Shrew.

Dale certainly wants to run the event again but as ever funding is the issue. Maybe something that LROS can help with I wonder... what better way of meeting a lot of our objectives?

Nice one Mark with the Moth trapping, over the two days I saw or heard at least 60-odd bird species at the two sites!