I've got a couple of garden trap summaries to catch up on, but first some rambling nonsense about garden snails, orchids and larvae.

You may remember that last year (way back on 14/06/2009) we marked up some Garden Snails so that the kids could track them over a few days. This was initially a total failure as the snails disappeared and we forgot about them. Then in August they popped up again .. see:

After this I stopped noticing them again and forgot about them over the winter. On Sunday night, after the rain earlier in the day, I went out to check the moth traps and noticed a lot of snails on the lawn. A quick check and bugger me - there was Orange-spot .. 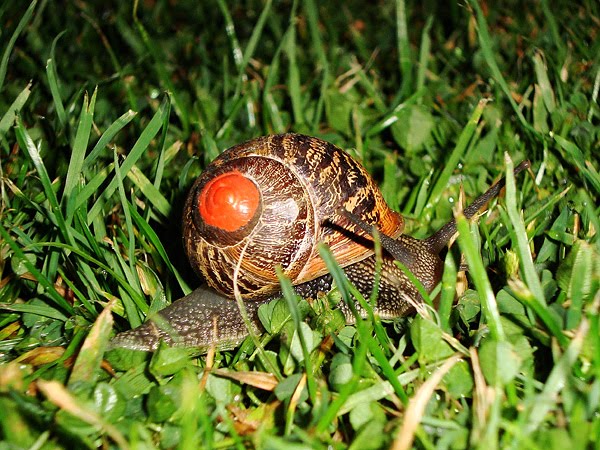 Orange-spot
After a quick photo I chucked it back into the border. Half an hour later, another trap check and more snails. Another search and unbelievably I also found Yellow-stripe and Pink-spot. No sign of Orange-stripe though. 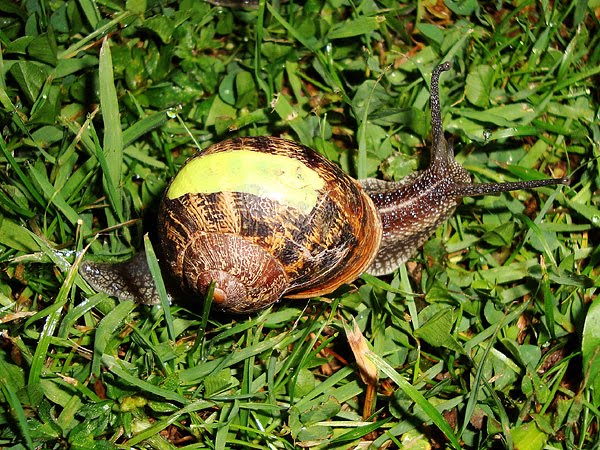 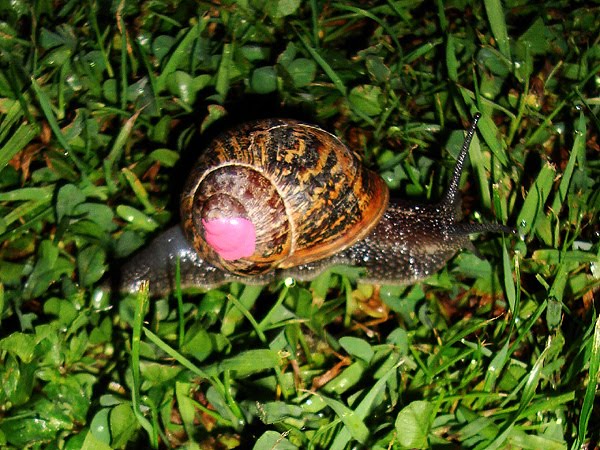 Pink-spot
This is obviously not unique science, but I'm pleased to have proven that:

As for their longevity, the are several conflicting possibilities ..

If nothing else, it is amazing that in a year I have managed to avoid treading on at least 3 of 4 colour marked snails! I think we'll mark a few more up with different (more subtle) colours to see if we can establish anything more.


A bit earlier on Sunday evening after we got home from The North, I checked on the Emperor caterpillars - they were big, fat and alive but foodless and in need of a big sprig of fresh sallow. I nipped down the lane to get some, nosing around the hedgerow on the way as you do. I quickly found a Magpie Moth caterpillar on hawthorn - nice! I collected it and the sallow and headed back home. Whilst sorting the sallow I found a Common Quaker caterpillar already feeding on it. Two more larvae to try and rear through. 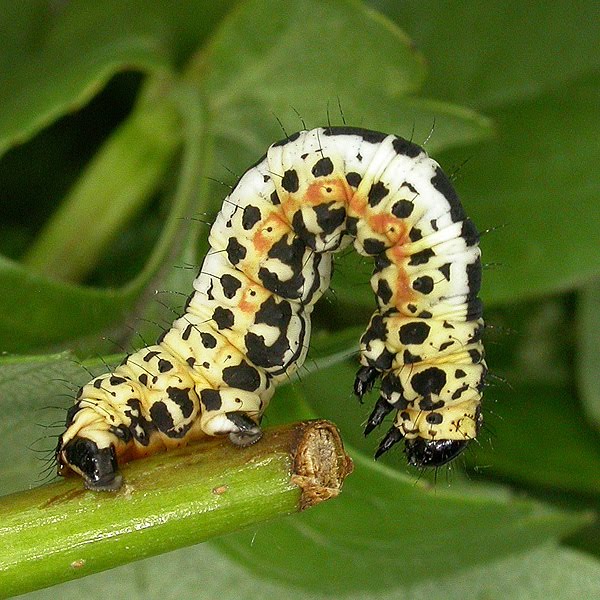 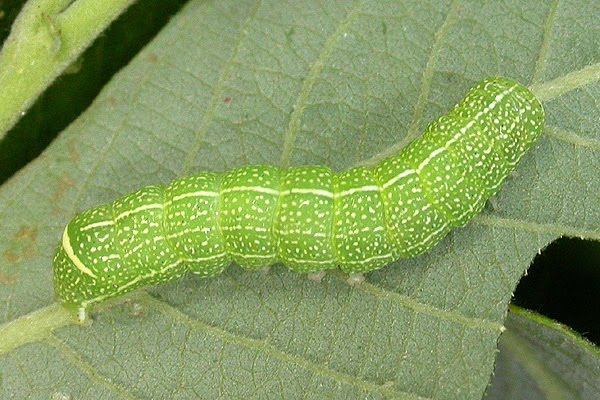 Common Quaker
The only emergences over the weekend were four coleophorids from the hawthorn collected on 11/05/2010. Inspection of the tarsal segments, general appearance and recheck on the cases (tri-valved) confirmed them to be Coleophora spinella (Apple and Plum Case-bearer) - a new one for me.


Yesterday evening I nipped over to Huncote Embankment with Josh to look for various flowering plants in support of his 'Naturalist' Cubs Badge. Amongst them we found just a couple of Bee Orchids. They weren't the best either, being a bit washed-out looking on the petals. 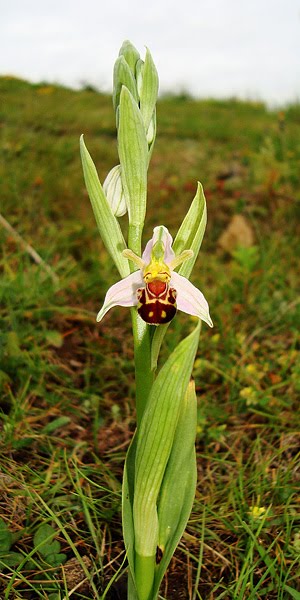 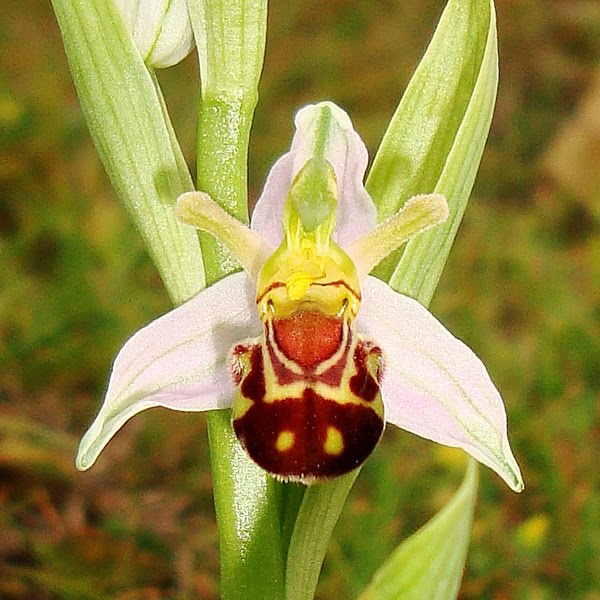 Bee Orchid
Last year on I found quite a few at the same site on 3rd June - either the winter has not been to their liking or the site is quickly becoming non-ideal for them?


Before heading north on Friday, the traps were out on the Thursday night. Not a bad catch at all with several new for the year species. Trouble was that knowing I was going to be away I didn't pot anything up for photos - nothing too unusual or exciting anyway.

Sunday nights catch was surprisingly good after the rain during the day and (I understand) torrential thunder storms on the Saturday night. Again the actinic outperformed the MV - changing those tubes was probably a good move! Seeing the first LYU in the trap this year was not the best result though ... 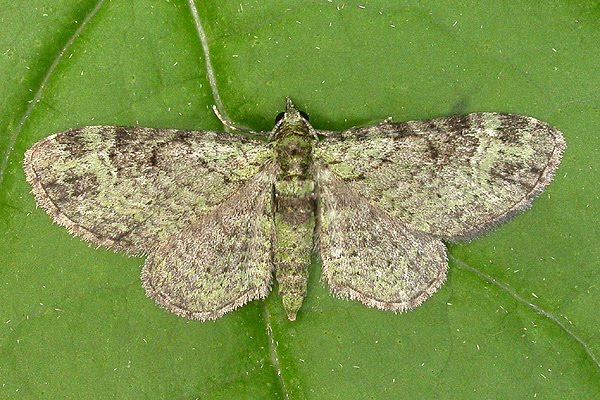 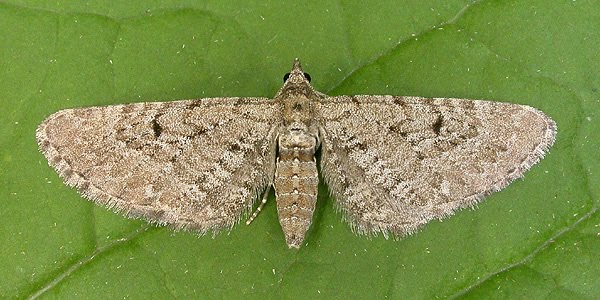 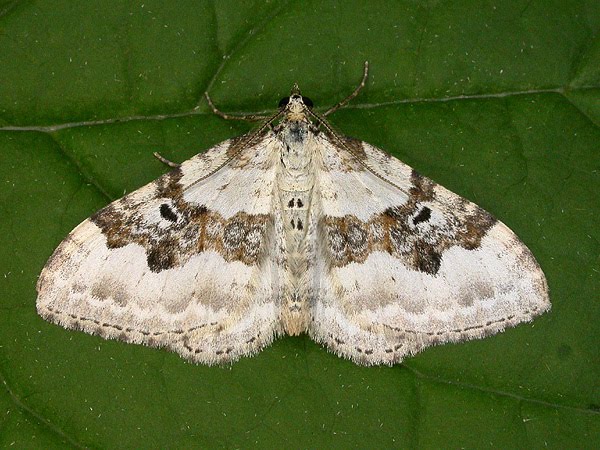 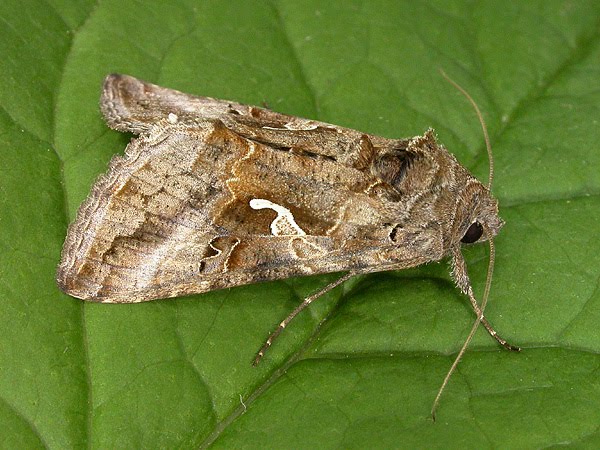 Relating to the Bee Orchids, the Orchid season is probably two weeks late this year and also I think due to the lack of rain in April and May the Bee Orchids are going to be down this year?