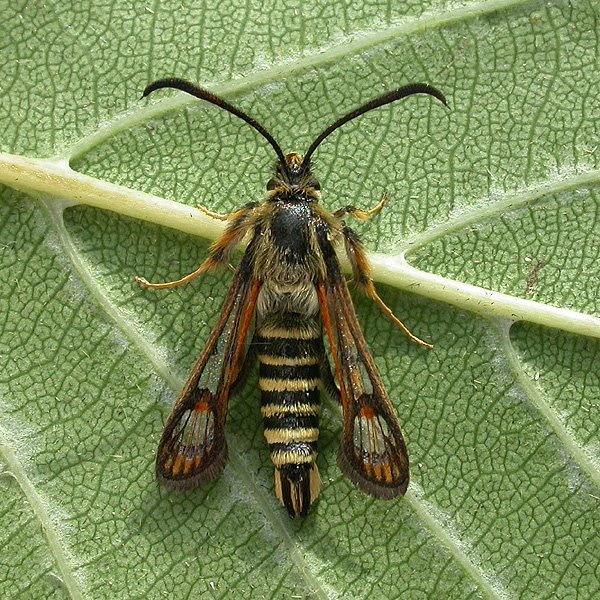 Six-belted Clearwing, attracted to API lure in central Leicester 25th June 2003
I last used any clearwing lures in 2005, but it's back to 2003 when I first tried a few different combinations and sites trying to find different species. This year I've acquired a fresh full set which now comprises 10 lures (back then there were only 6).

The lures are simply small rubber bungs impregnated with a synthetic pheromone emulating certain clearwing species. The set I got also included 1 small plastic vial instead of a bung - sure they all work the same.

Preparing them for use is easy.. 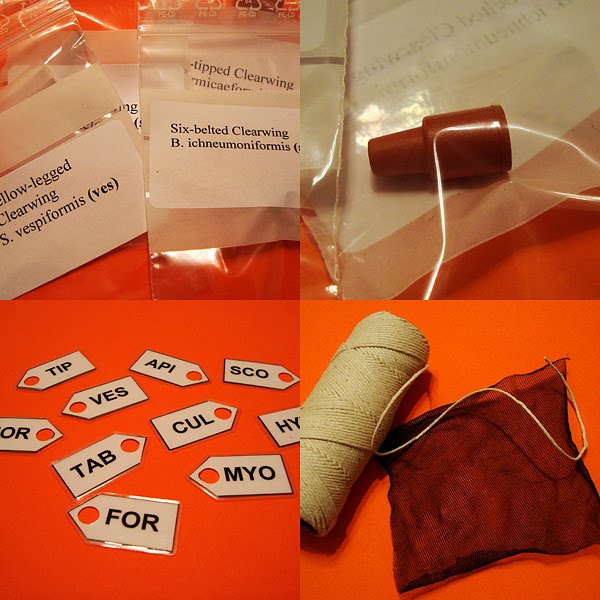 Clockwise from top left: the lures come in individually sealed bags, what the lure looks like, a bit of string and fine mesh netting, home-made labels. This should be worthy of a Blue Peter Badge.
Once assembled, the lure is ready to be hung from or pegged onto a suitable branch, twig or prop. 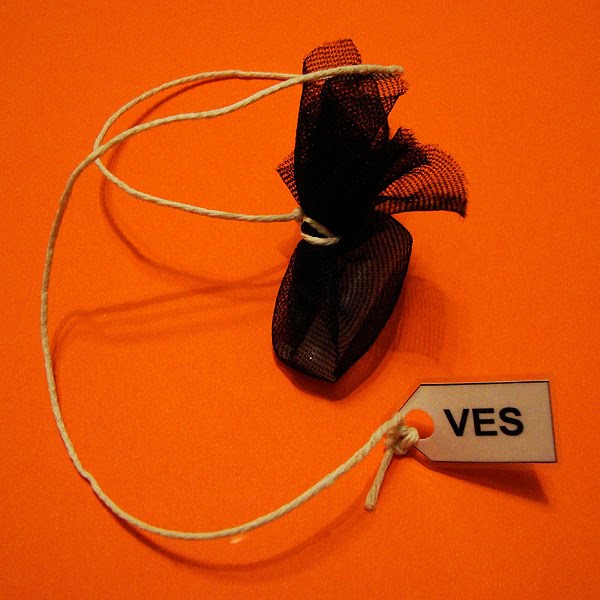 When they are not in use, keeping them in a sealed box in the freezer extends their useful life to c2yrs. This year I am hoping to re-find Six-belted, Yellow-legged and Red-tipped, and also to finally see Currant and Red-belted. Orange-tailed has also been recorded once in the county, so I'll be looking for that. Large Red-belted does not respond as enthusiastically as other species, and Lunar Hornet does not respond at all to the lures. On the complete outside chance, bagging the first Raspberry, White-barred or Welsh for VC55 would be nice.

All we need now is some warm sunshine and free time ...... 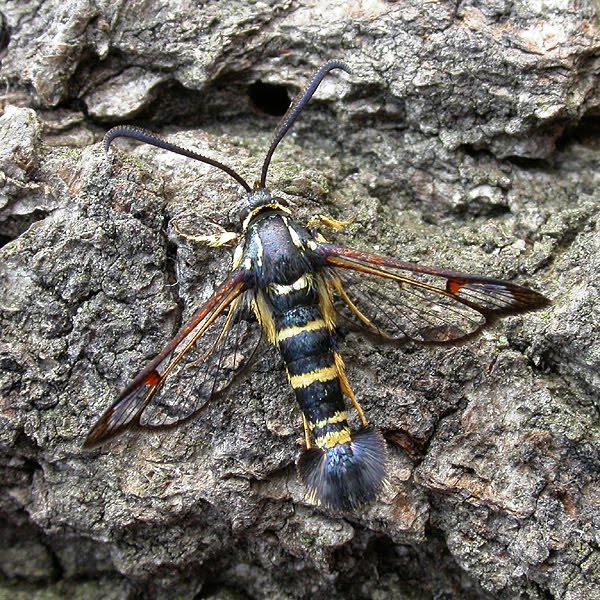 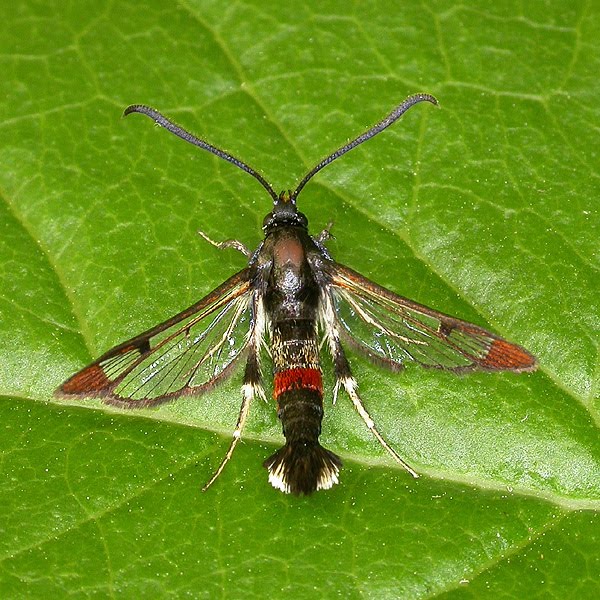 Red-tipped Clearwing, attracted to FOR lure at Misterton Marsh 19th June 2005
Posted by Skev at 23:04

Thanks Nigel. Lunar Hornet is one I'd love to see. I've seen the similar Hornet Clearwing (see labels over on right for pics), but otherwise the only clearwings I've seen are to pheromones.