Also in the garden last night was this Hedgehog .. 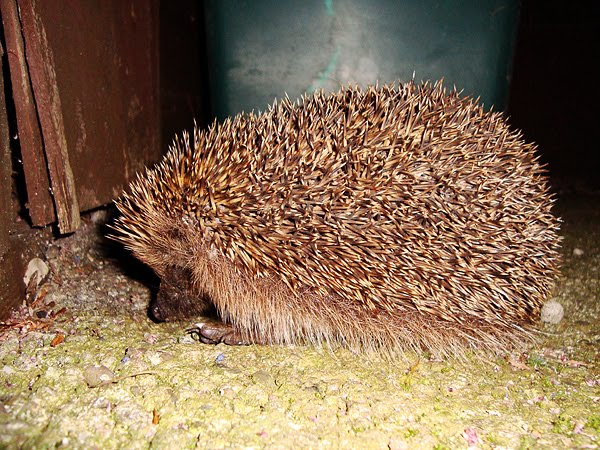 I've seen very few so far this year (not even flat ones on the roads). This one was taking a distinct interest in the moth trap - competition for the Frogs and early morning Robin I guess.
Posted by Skev at 19:05