The Emperor cats have reached final instar. They are 40-50mm long and are getting visibly bigger by the day. No bloody wonder ...


I reckon it would be easier to clean up after an Elephant than keeping the big box with 21 of these greedy fat buggers clean! The sallow I'm using as a food source is getting smaller by the day. 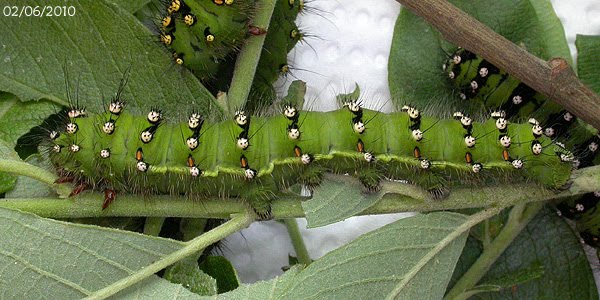 They are about a 50-50 split between individuals with white or yellow tubercles on the black bands in the center of each segment. 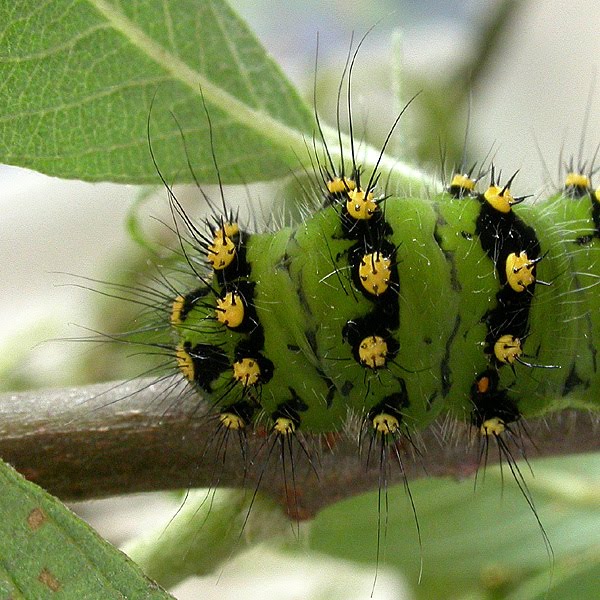 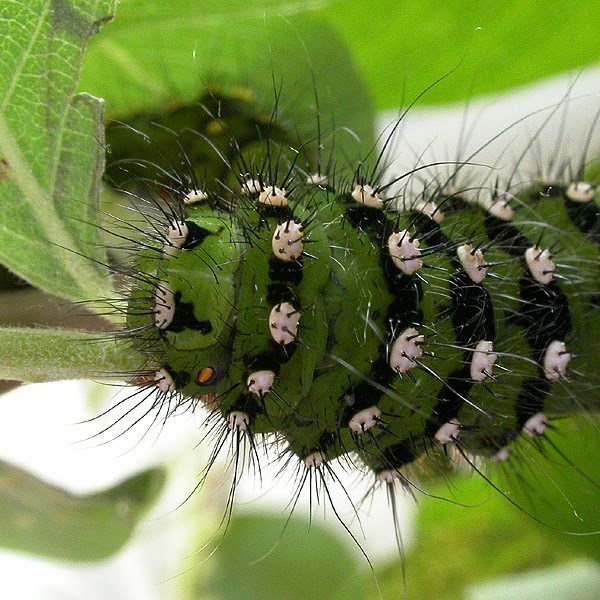 Another rearing success yesterday when I found a freshly emerged Marbled Orchard Tortrix from a hawthorn spinning. I tell you - go out in mid-May and just cut off a few generous sprigs of hawthorn and you'd be unliucky not to get two or three species easily.

I've updated the garden and overall moth year lists. Again I'm excluding larval records with the exception any reared through to adults, psychidae/coleophoridae and any inhabited leaf mines for micros later in the year.

Did you collect these or are they from a Supplier?? I wish I knew about these earlier so we could have played swapsies

These were initially reared from eggs by Keith Tailby, I had them from him at early 2nd instar. Eggs were from a captive reared female paired with assembled male. The reared female was in turn from a previous assembling exercise etc etc.

Between me, Keith and Adrian I am sure there will be a few spare females in the spring for assembling - and hopefully more eggs for the following year ...