I managed to head out for an hour or so after work today; seems like a long while since I last did anything. Warm and sunny, but still with a strong wind that has prevailed for over a week now. I headed to Huncote Embankment with my sweep net and no particular aim. I started off by climbing up the long steep and increasingly precarious steps to get up onto the 'plateau' overlooking the massive hole that is Croft Quarry. 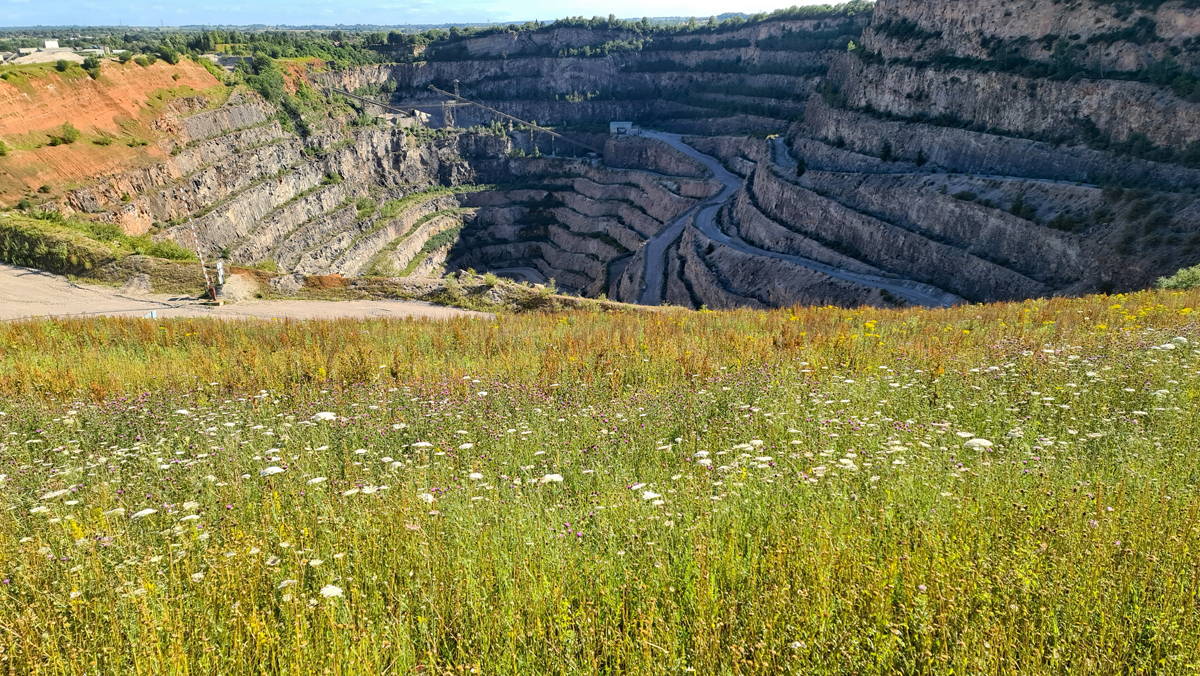 Looking down into the hole across an inaccessible 'wildflower meadow' which is actually dominated by yarrow, ragwort and dock.

From there I headed along the embankment, sweeping at stuff along the way, and then down the other equally precarious steps to the pond.

Turned out well, as I managed to sort out two new hemipteran species - though I reckon I've overlooked/failed to note both in the past as they're common. Neither photographed I'm afraid: the Mirid bug Leptopterna ferrugata and a hopper, Eupteryx urticae. These were amongst a number of species swept from grasses and low vegetation. Aside from bugs and hoppers though, the net was pretty empty. I did point the camera at a couple of obvious beetles though ..... 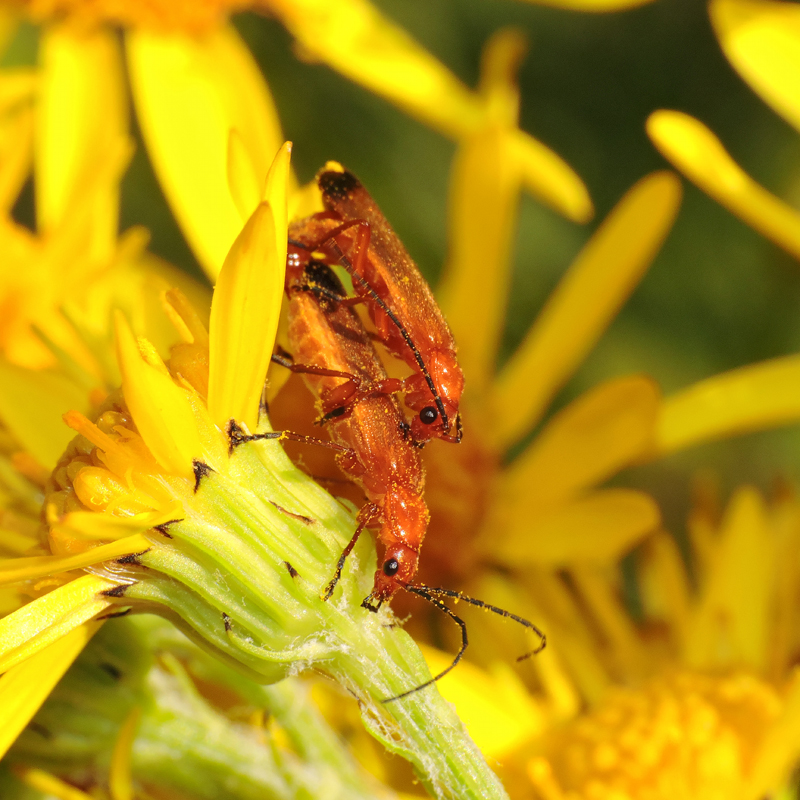 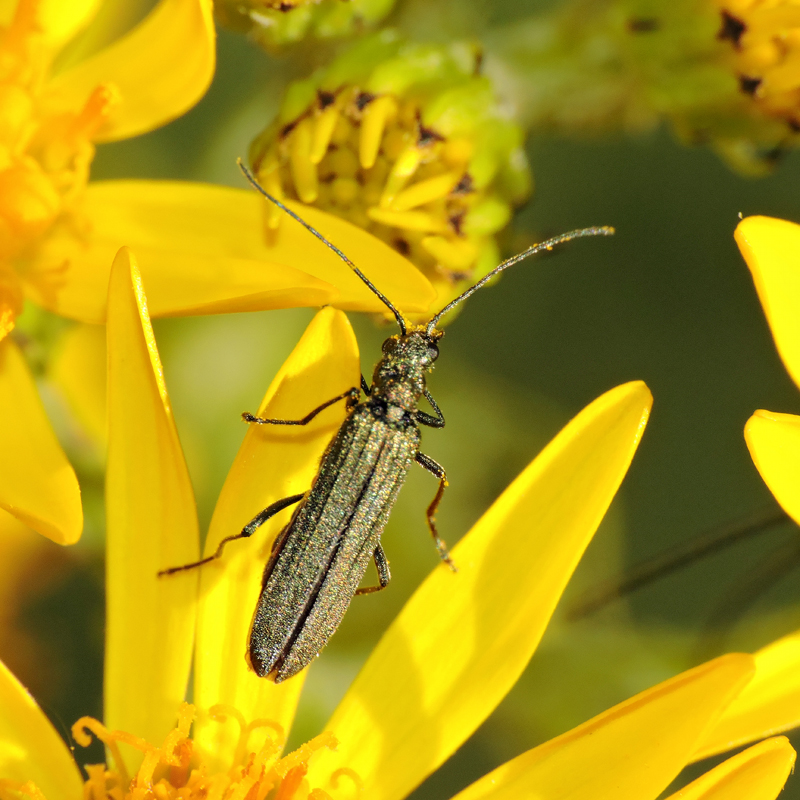 Oedemera lurida - slightly out of focus thanks to the wind

I also pointed the camera at a small flower for a change .... 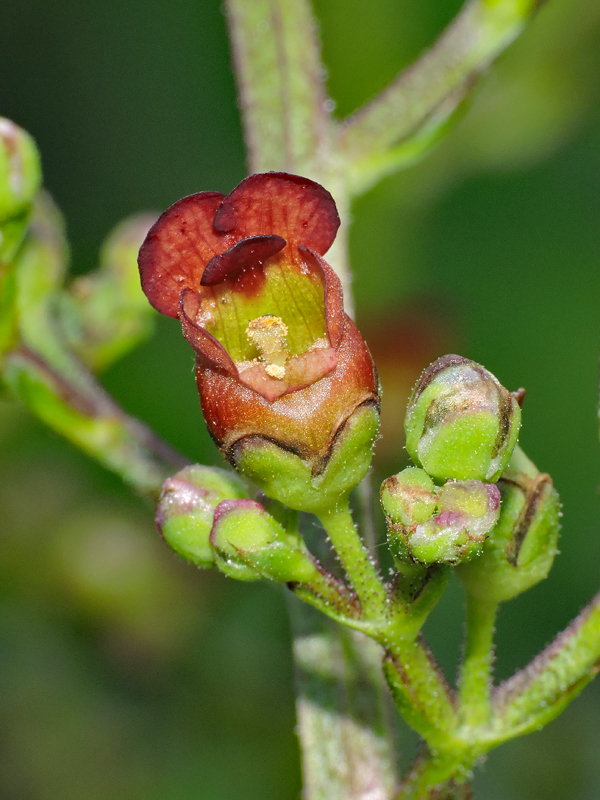 I've got a few leaf mines from alder to check out, but I also found a sawfly larva in a leaf-roll on the same sapling. Thanks to the helpful guys on the sawflies Facebook group it now has a name .... 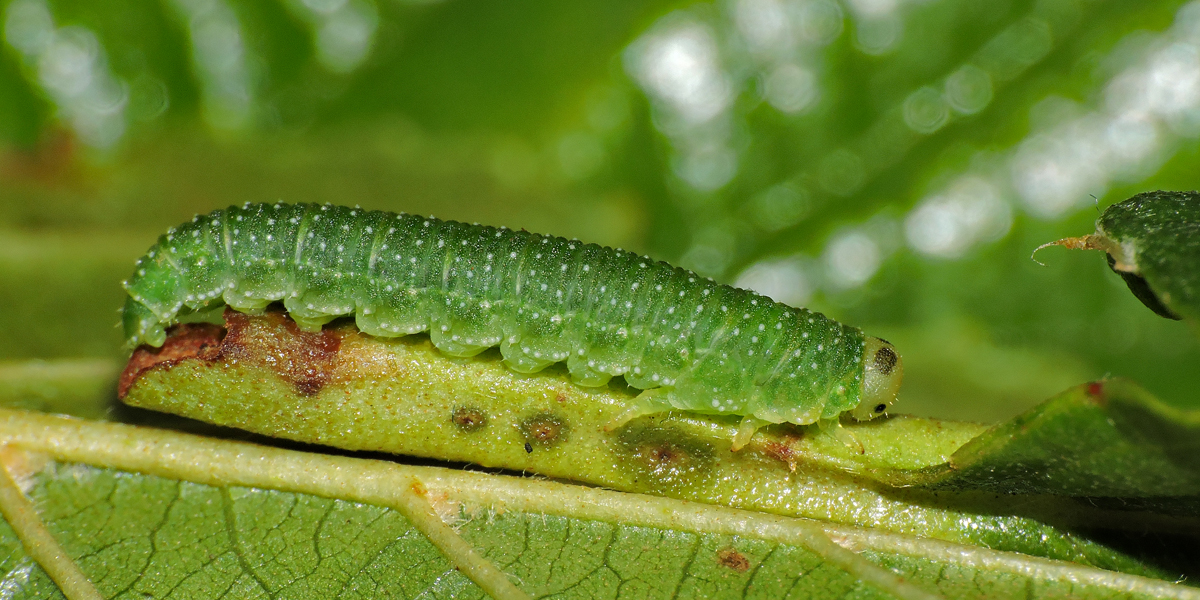 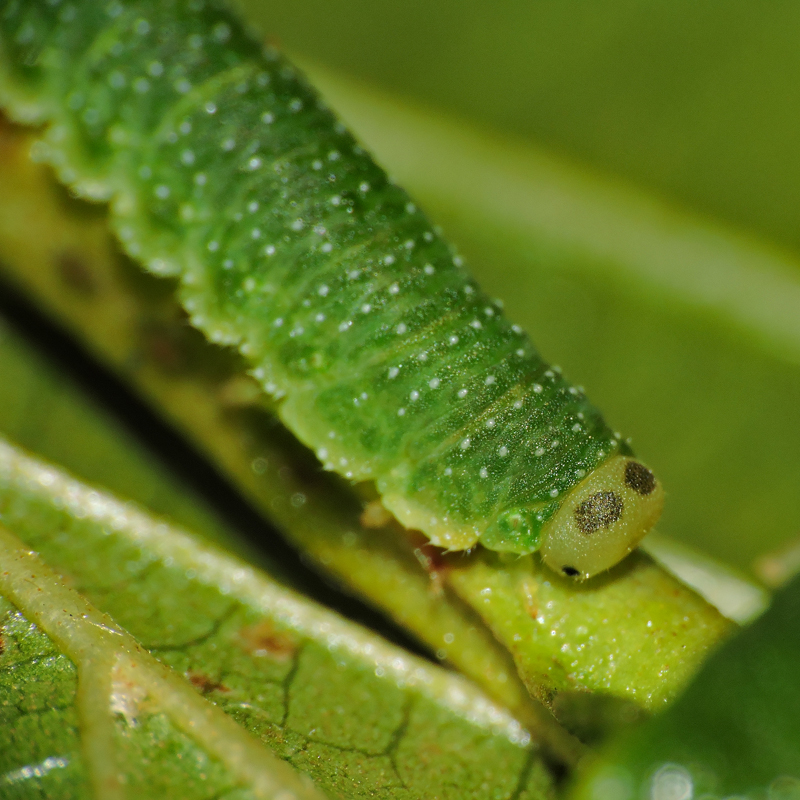