Whilst out yesterday, alongside the sawfly larva I found on alder were a few leaf mines. Most vacated, but I found a couple that are tenanted.

These are, I think, Phyllonorycter rajella - quite a smart one when freshly emerged and photographed nicely, so here's hoping .... 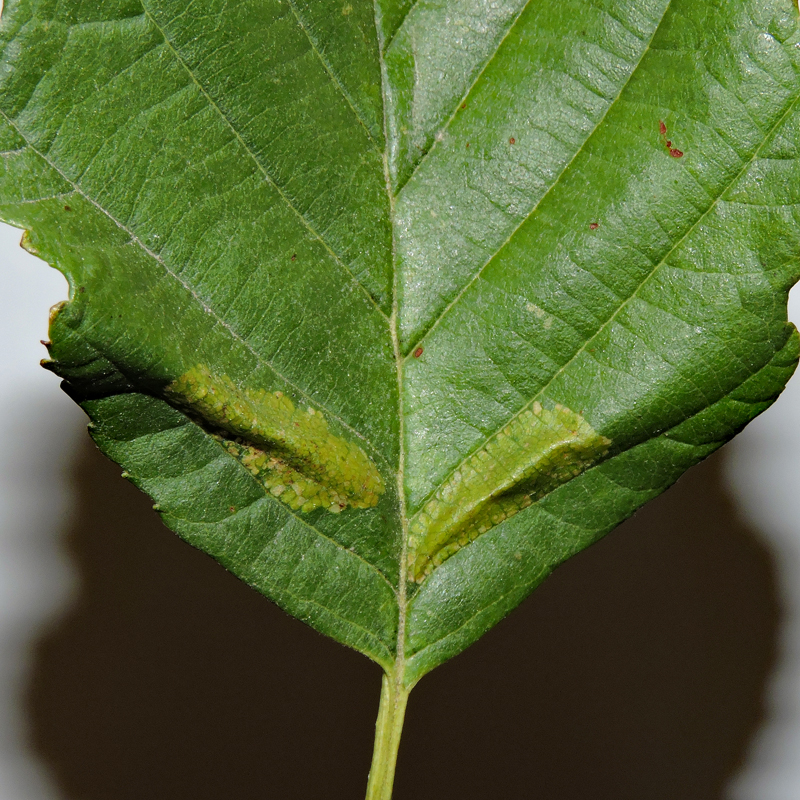 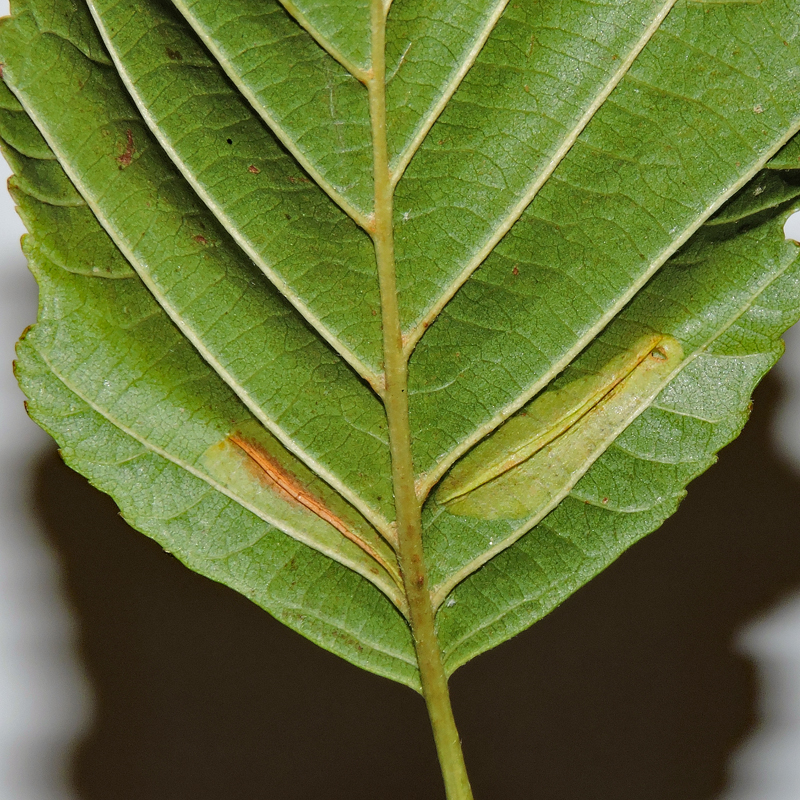 Upperside and underside of the same leaf. The right hand mine (viewed on the underside) is tenanted 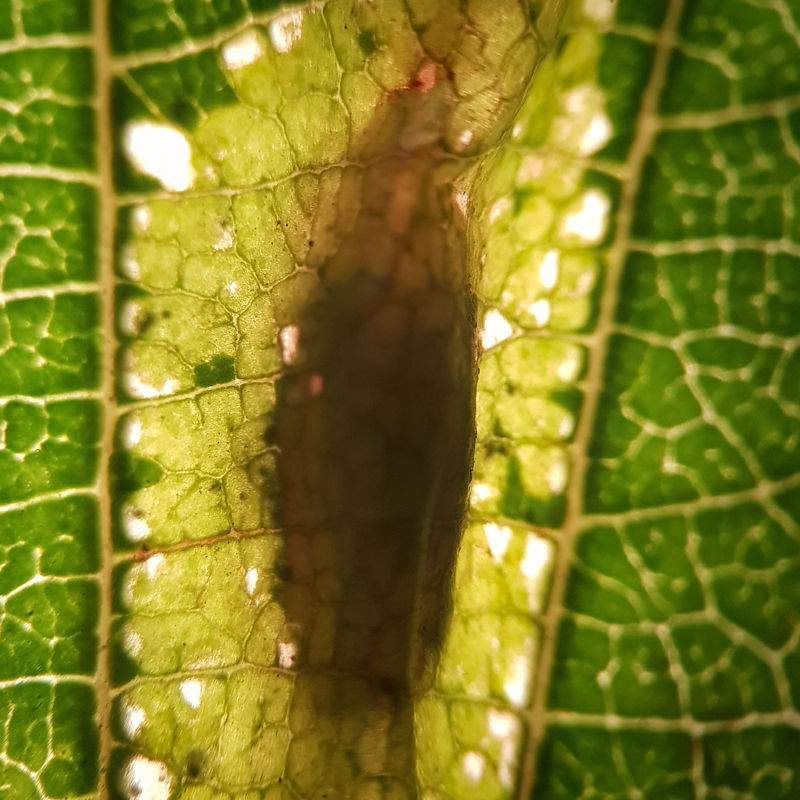 Not sure on this one though - a blotch which is evident on the upperside and barely discernible on the underside. There is a live larva in the blotch, again here's hoping .... 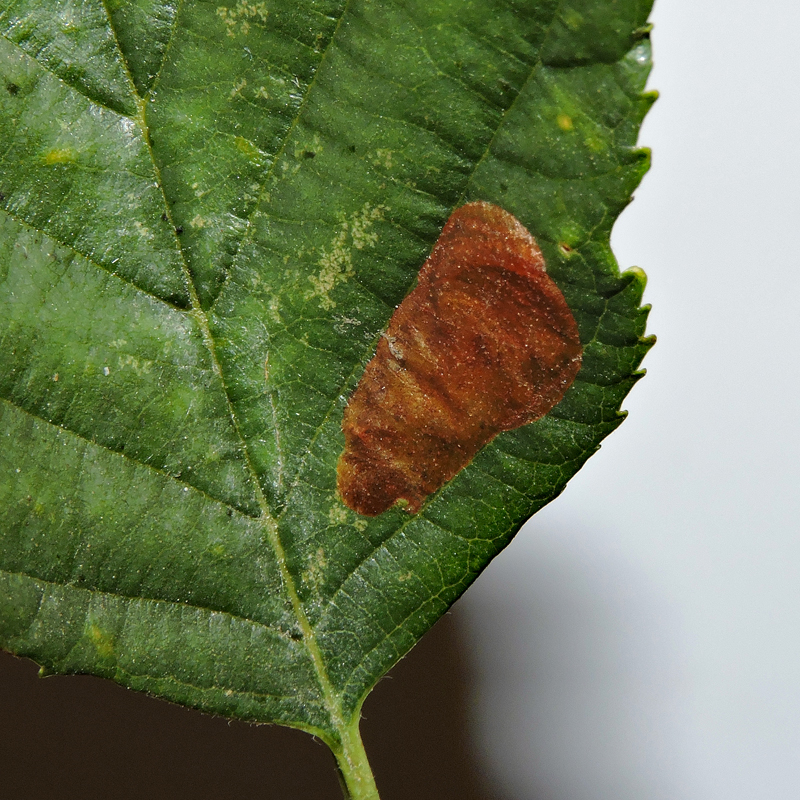 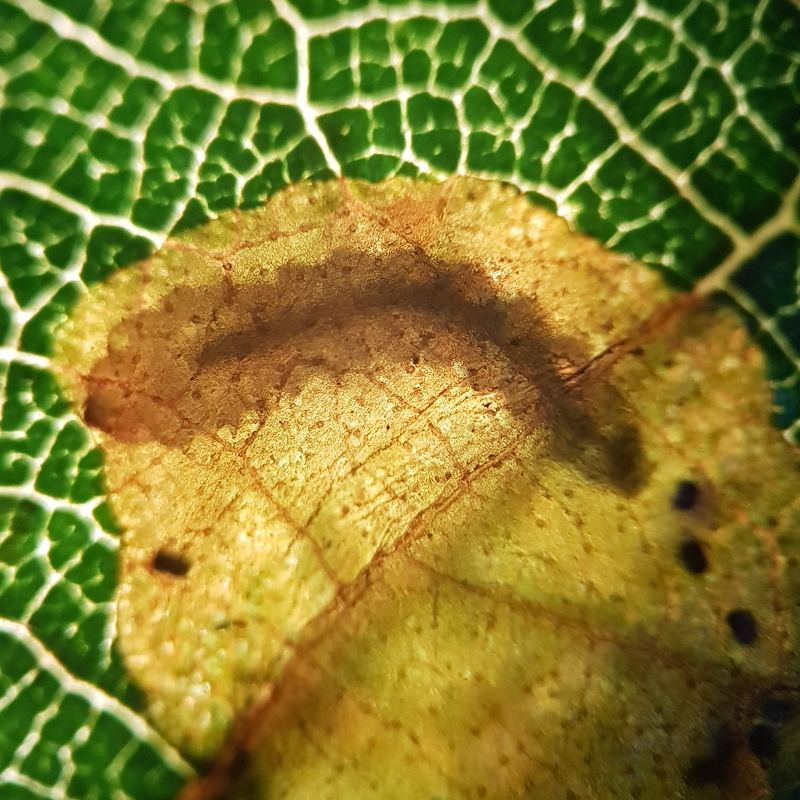 I had a short-lived spurt of enthusiasm for leaf-mines in 2017. After the very hot and sunny spring and early summer, the weather has been a bit crap for nearly three weeks now. The burst of invert overload is all but over, so perhaps leaf-mining is something to generate a bit of interest over the next couple of months.

Can’t quite get into leafmines. They don’t really do it for me. Great song though

Looks a lot like Fenusa dohrnii, that bottom mine. Pretty common here on Skye, I should probably make an effort to rear a couple through at some point. Leafmines can be addictive, I have a collection in an A4 photograph folder (as you do...)

Know what you mean Martin, but when I did have a short go at them it was surprising how many species were identifiable quite easily - stuff you won't reliably record as adult moths certainly. I've not (deliberately at any rate) searched for leafmines of other orders but clearly there is massive scope for new stuff .... provided you know what plant you're looking at which is always my achilles heel.

Think you're right on that one Seth, having had another look. I'm reluctant to extract the larva so we'll see how far I can get it.

Mine confirmed as Fenusa dohrnii by Rob Edmunds.