Back in the Village

This evening I've had a splendid couple of hours wandering around the nearby village of Cosby .... 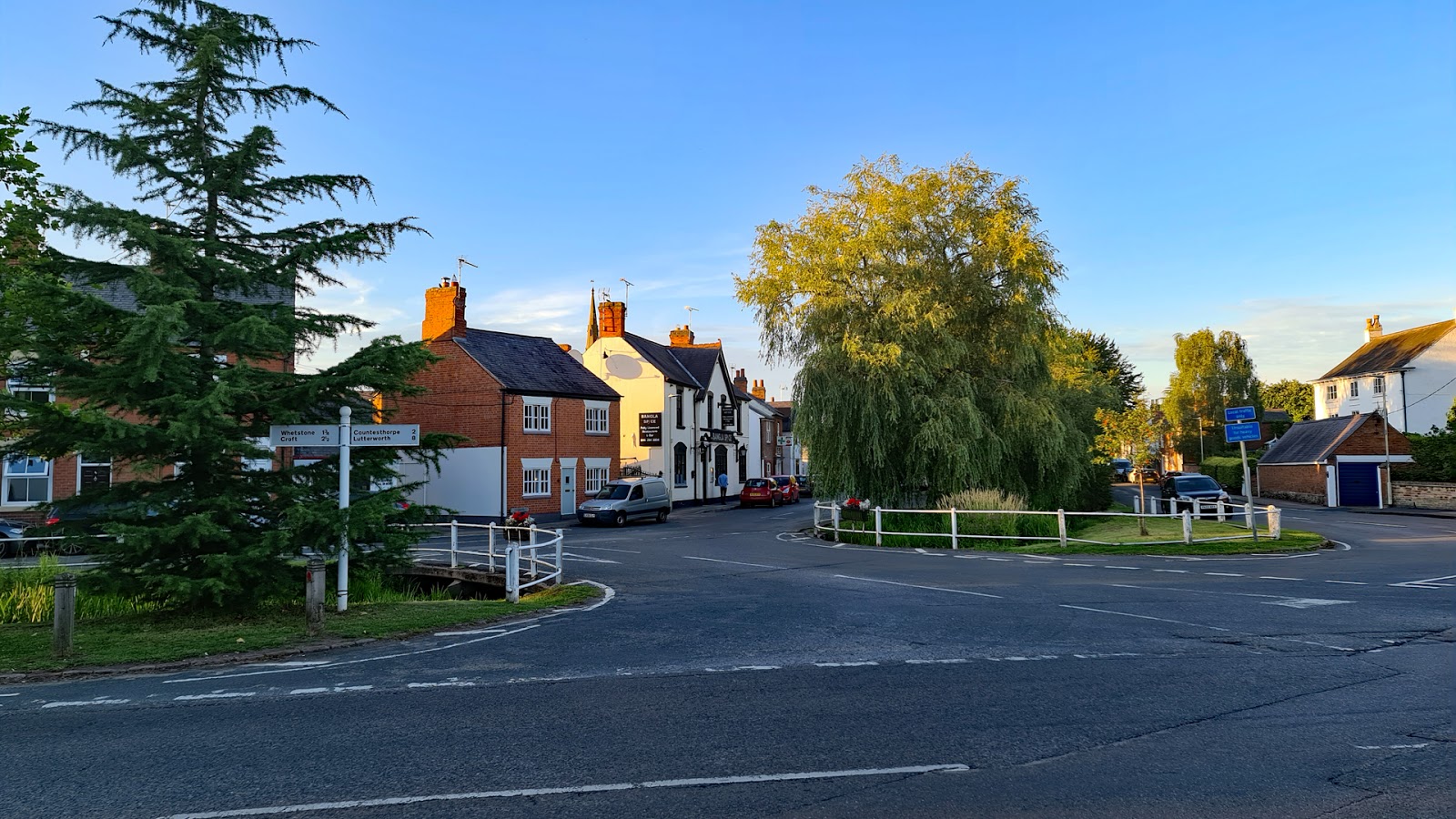 You may recall that earlier in the year I ventured here to (successfully) find Winter Heliotrope, and around the same time I also mentioned I would try and make some effort to see a few common vascular plants around the county this year. I remembered earlier this week that there were a couple of common plants I should be able to find in the brook that runs through Cosby, and that was the plan. 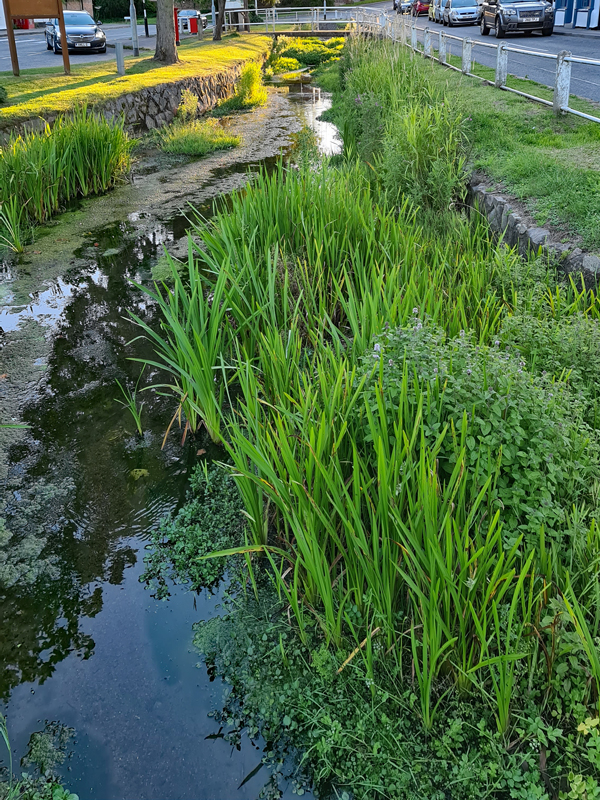 However the other good thing about Cosby is that there are many well-established cottage gardens meaning a good potential for escapes, and also plenty of corners and walls where weeds wildflowers may establish and thrive. 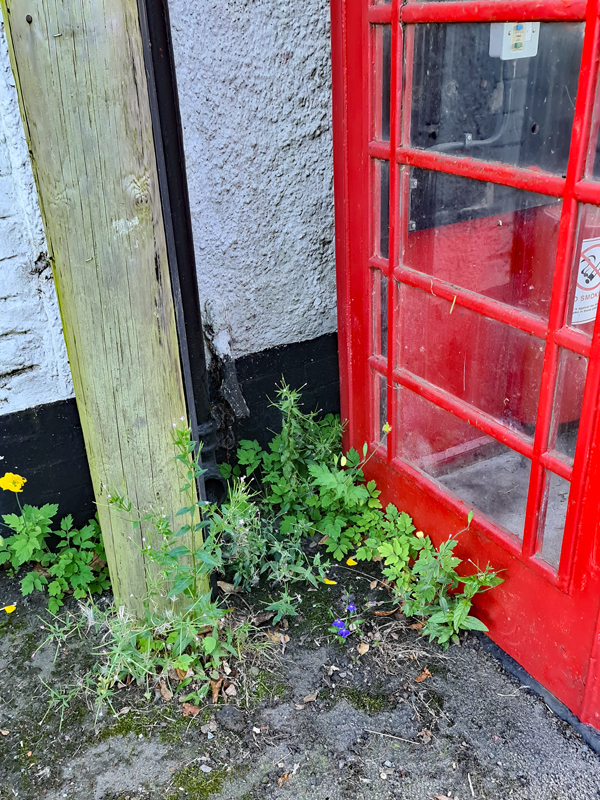 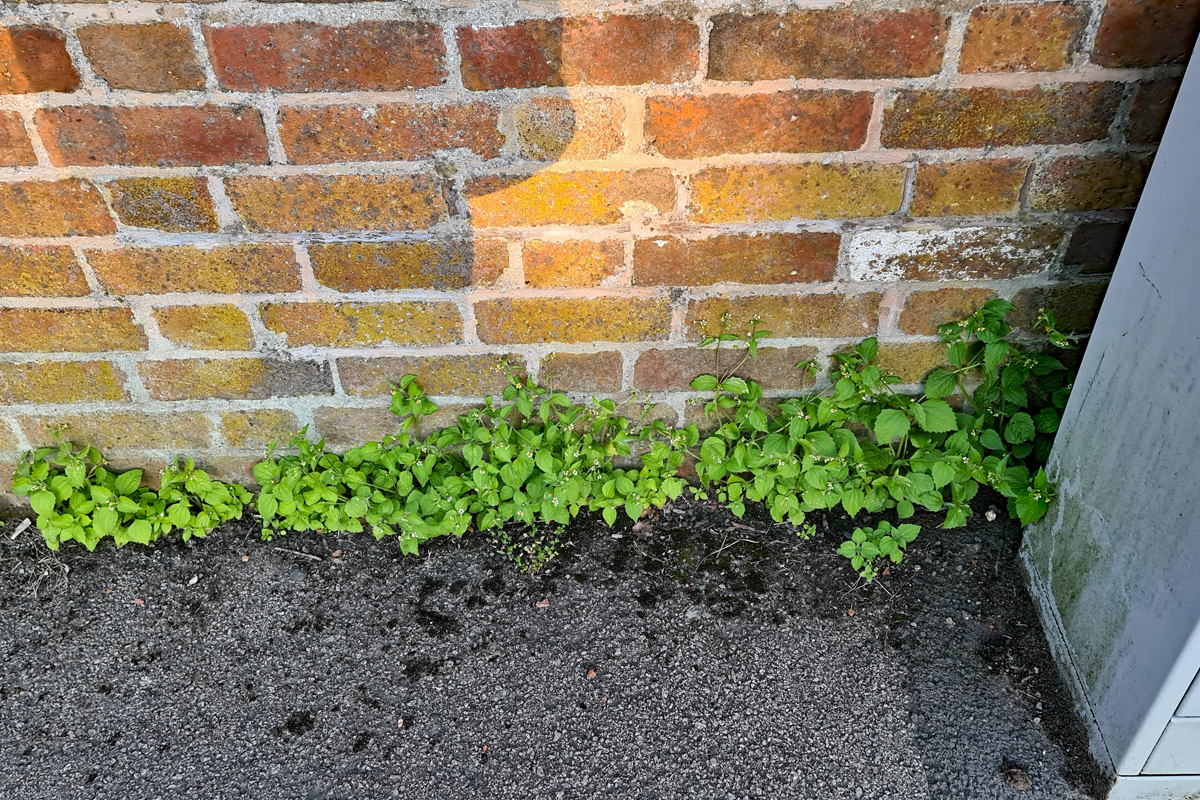 Essentially I've got lots of photos and material to work through, including a couple of leafmines, and I anticipate recording a number of new plant species from this outing. However that can all wait, as the complete unexpected star of my time in the village came in the form of a sawfly flitting about and landing on vegetation alongside the brook. After grabbing some poor record shots, I was lucky in that it settled long enough to get the Raynox back on and set the camera up. I then got a few more shots as it sat, flitted and re-settled a couple of times, albeit still one-handed and reaching a bit. I managed to pot it to be sure, but there's not much mistaking this one .... 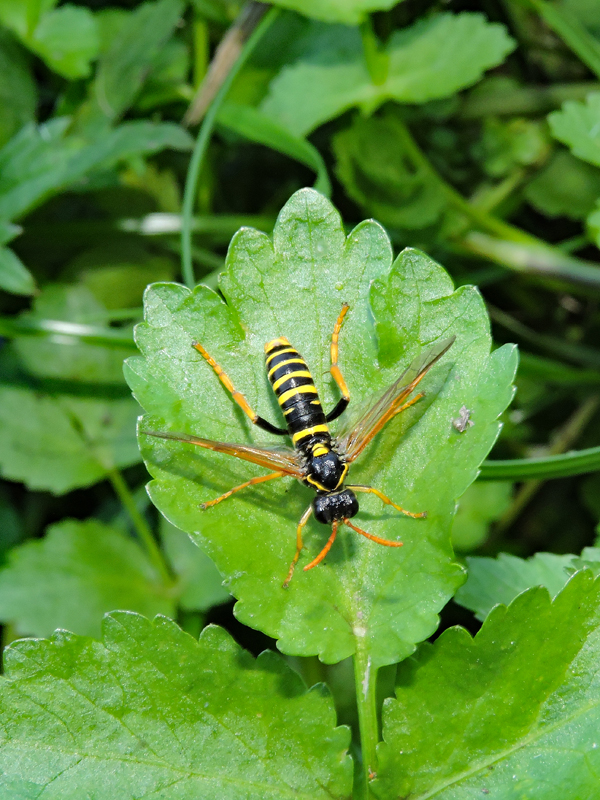 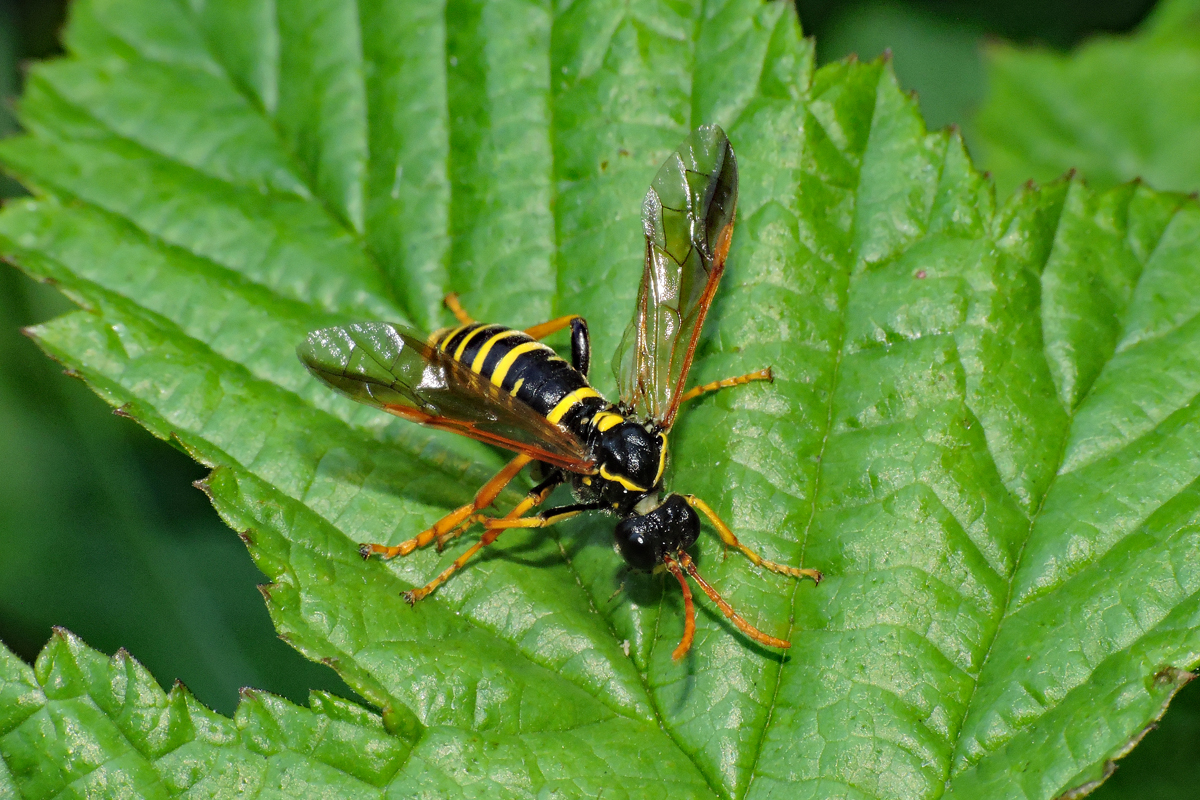 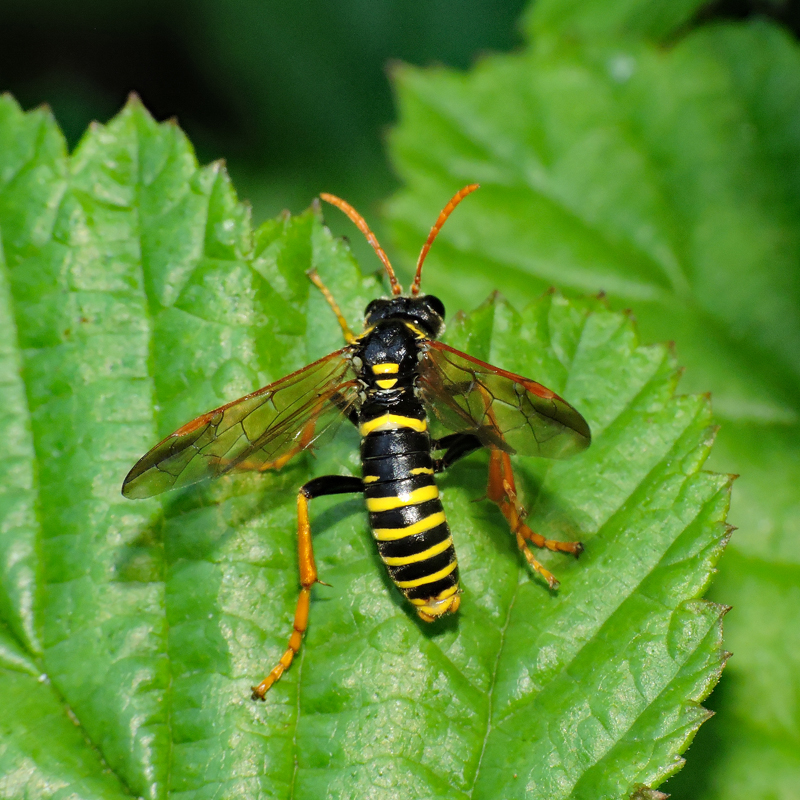 Holy cow - you still have red phone boxes down there??? Looks like Welsh Poppy plus Epilobium spp followed by Shaggy/Gallant Soldier. Wow, I haven't listened to Maiden for far too long. My flatmate currently hates both of us :) :)

Is that Garden lobelia also in the phone box pic???