A Wolf in Bee's Clothing

Wow! Today I've had one of the best day's out in the field for a fair while, and all because everything was unexpected. I had a plan, which kind of worked, but I got side-tracked in the best way possible.

I headed over to Croft Hill, with the intention of looking for leafmines and galls. There are no written rules for such activity. You are generally advised when starting out on leafmines to ignore oak, as there are too many similar mines to work through. Yet when you look in the most introductory book on galls you can imagine, half of it covers oak galls only. So, as far as I am concerned oak is definitely on the menu, but proceed with caution and don't hold your breath. The reason I headed to Croft Hill is because there are few good-sized oaks that are on the slope of the hill. 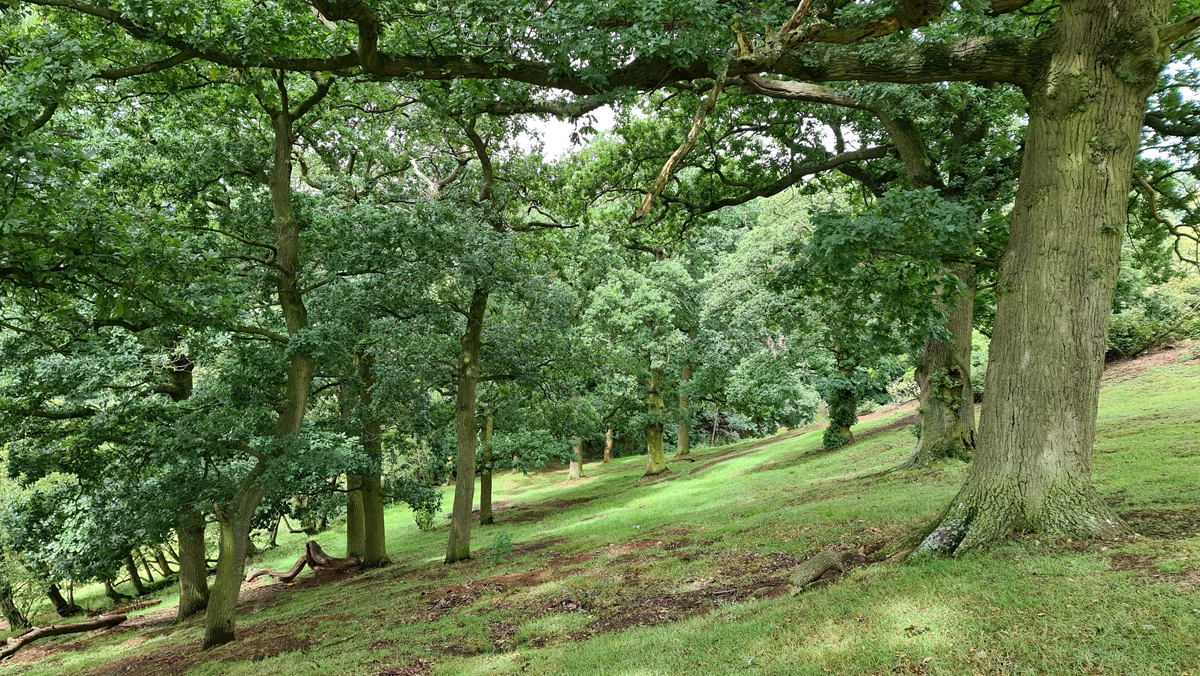 I can't remember going to Croft Hill at this time in the summer before, so I was surprised after walking along the thinly wooded track from the car pull-in to the entrance gate to see large patches of ragwort and thistles. 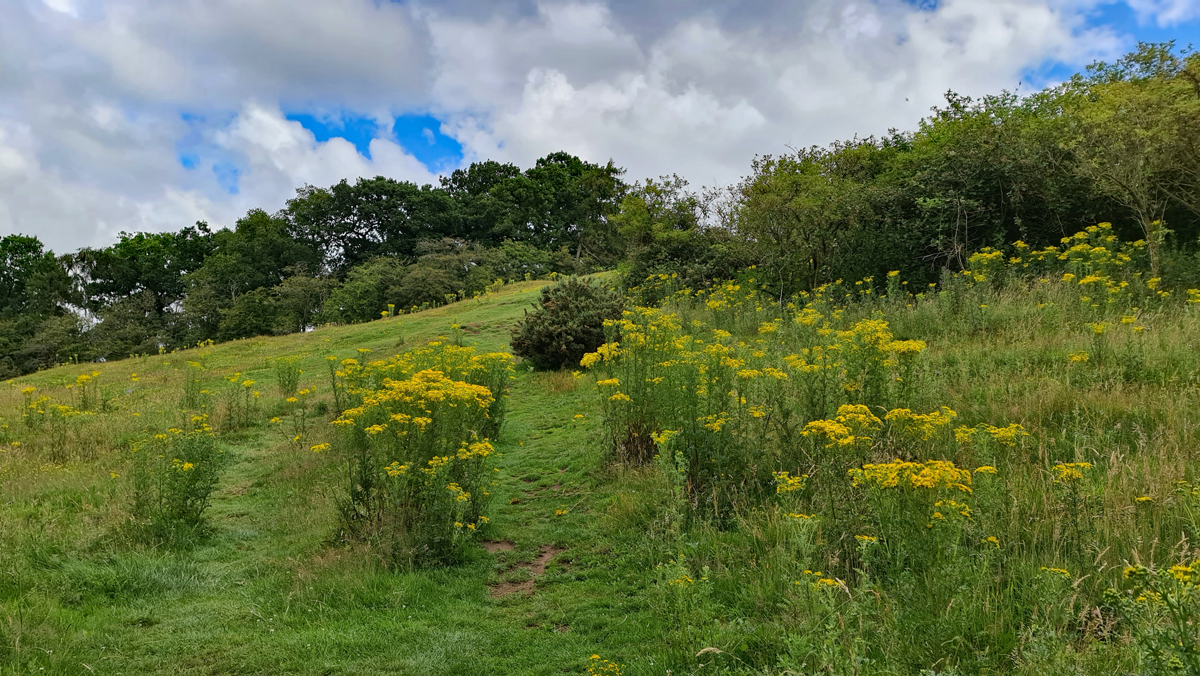 I'd already bagged a load of leaves from Field Maple, Sycamore, hawthorn and other plants along the way, and needed to walk through these flowering plants to get to the oaks. No net of course, just a ziplock bag for leaves and my shoulder-bag full of pots and camera. It was warm, less windy than recently and the sun was threatening to come out. As I passed the first patch of ragwort, I had a squint expecting to see hoards of Cinnabar larvae. But I didn't. I saw a large hymenopteran and had that moment of instant recognition despite not seeing it before.

The moment of joy was quickly surpassed by panic: no net, shall I get the camera out?, it probably won't stay still enough or long enough, shall I try and pot it by hand? - may as well. Remarkably I managed to slide a pot over it and it was secured. I figured that if there was one, there may be others and I could try with the camera then. Then I saw a stiletto fly, and wasn't so lucky with the pot. Every step, with the sun just starting to shine, showed up more stuff on the flowers. It was alive with soldier beetles and various common hoverflies, plus plenty of bees. I decided to stick to the initial plan and headed to the oaks via some stands of aspen, but in truth I didn't give it anywhere near as much time as I originally intended and after bagging a few more leaves I headed back to the car and grabbed a net.

Back in the ragwort and thistles, I managed to pot a number of bees, wasps and diptera - including one of the stiletto flies I'd missed earlier - and I also managed to get the camera on a few others, including of course one of the big buggers that had me excited earlier .... 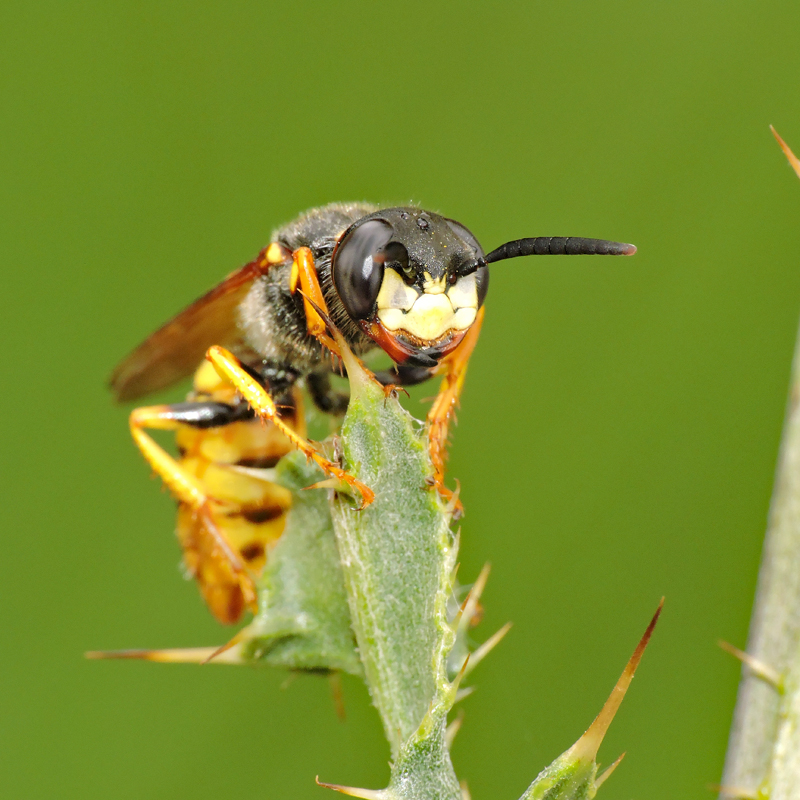 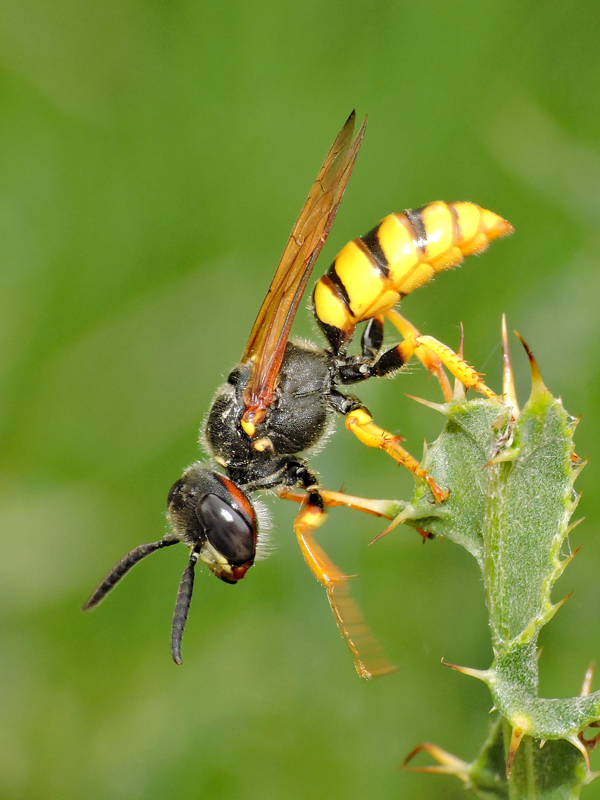 Beewolf
Still rare in VC55, and certainly not something I expected to stumble into today. 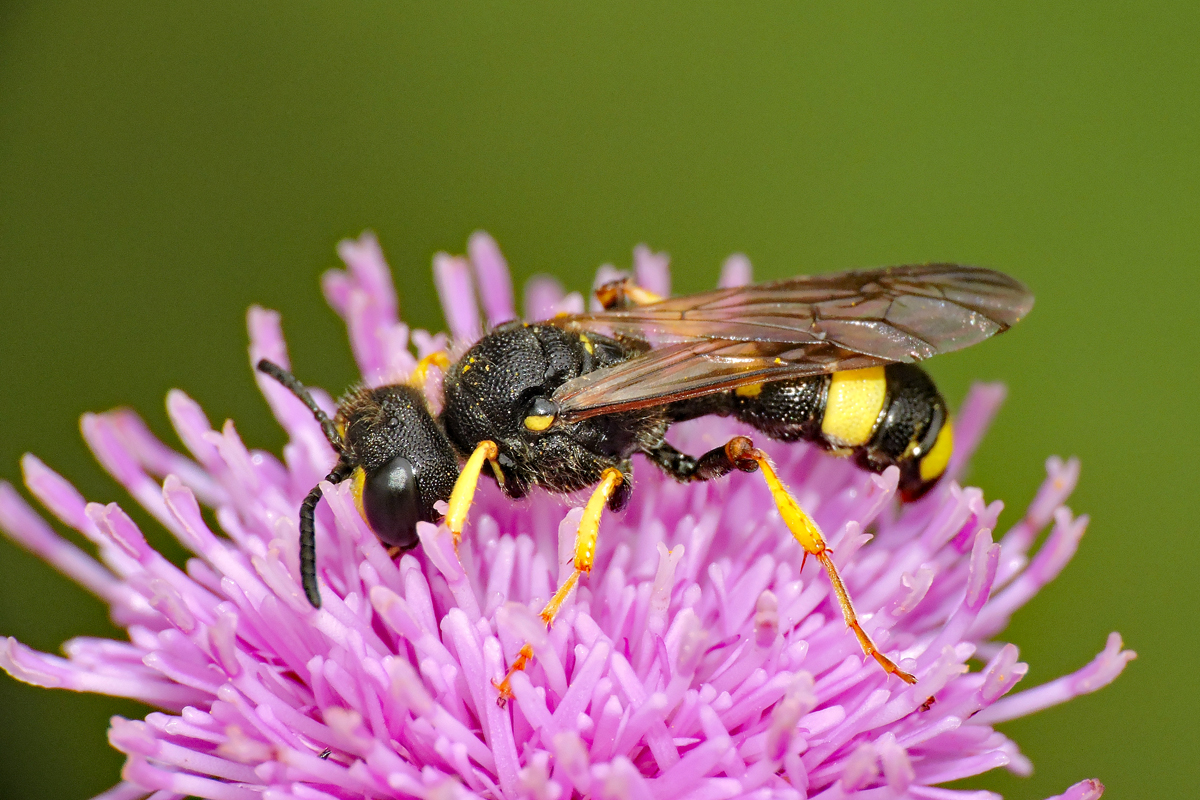 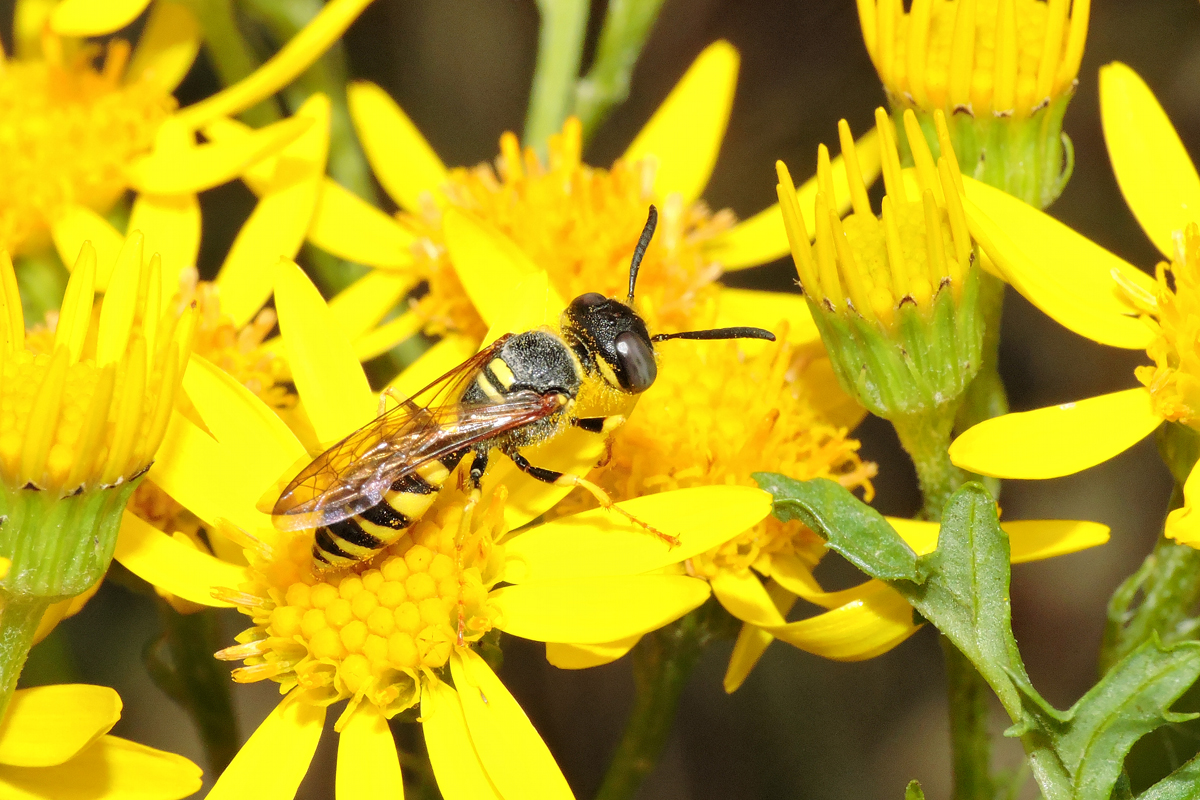 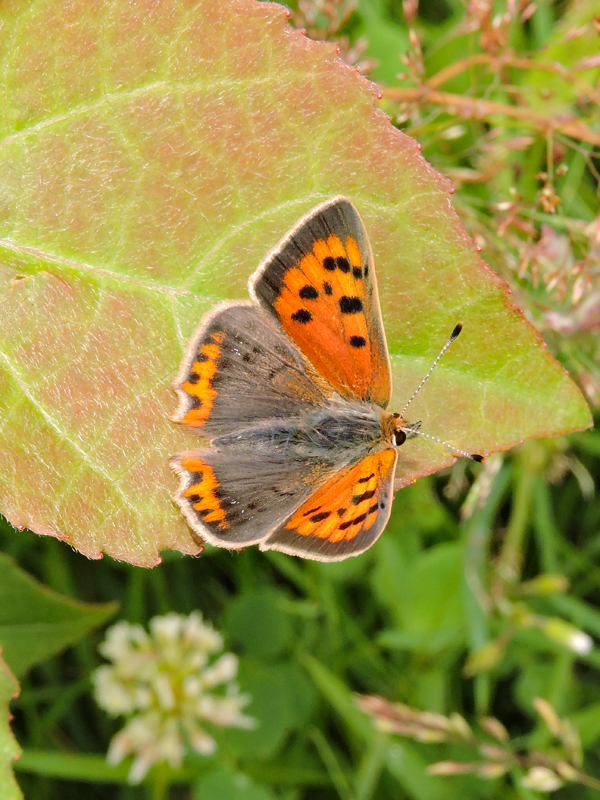 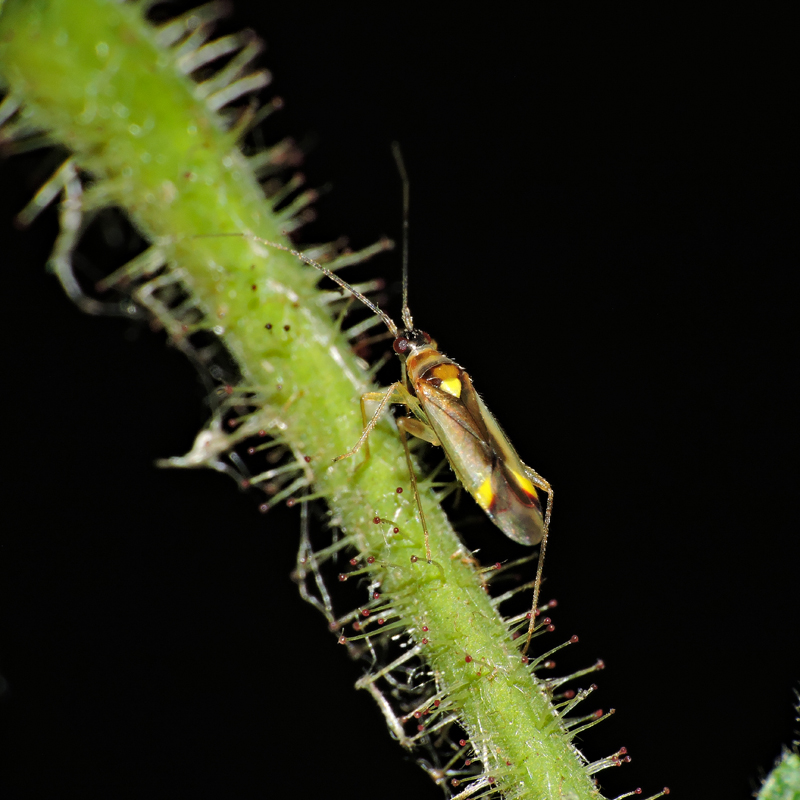 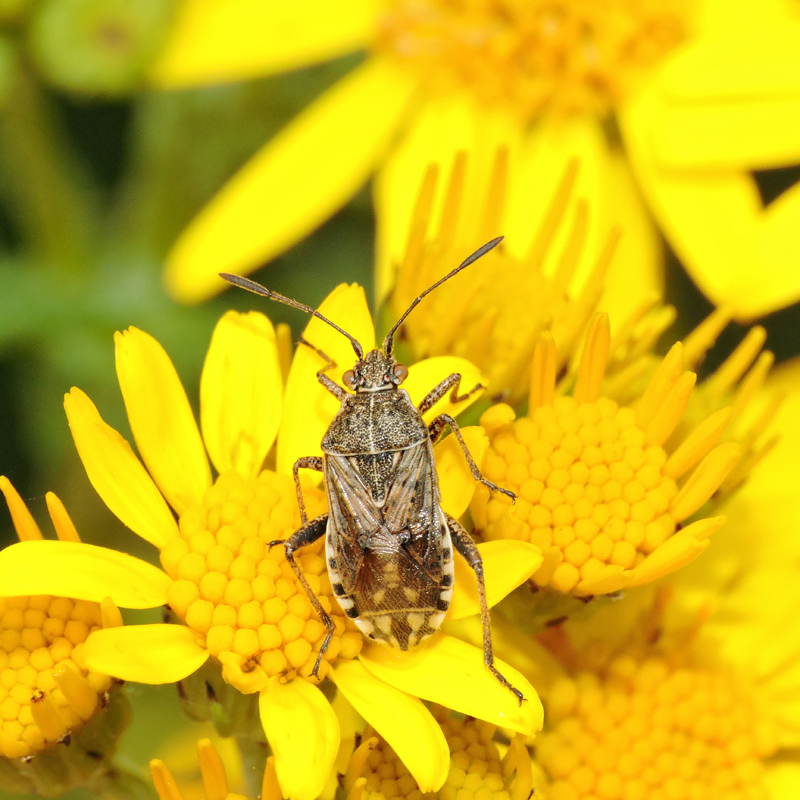 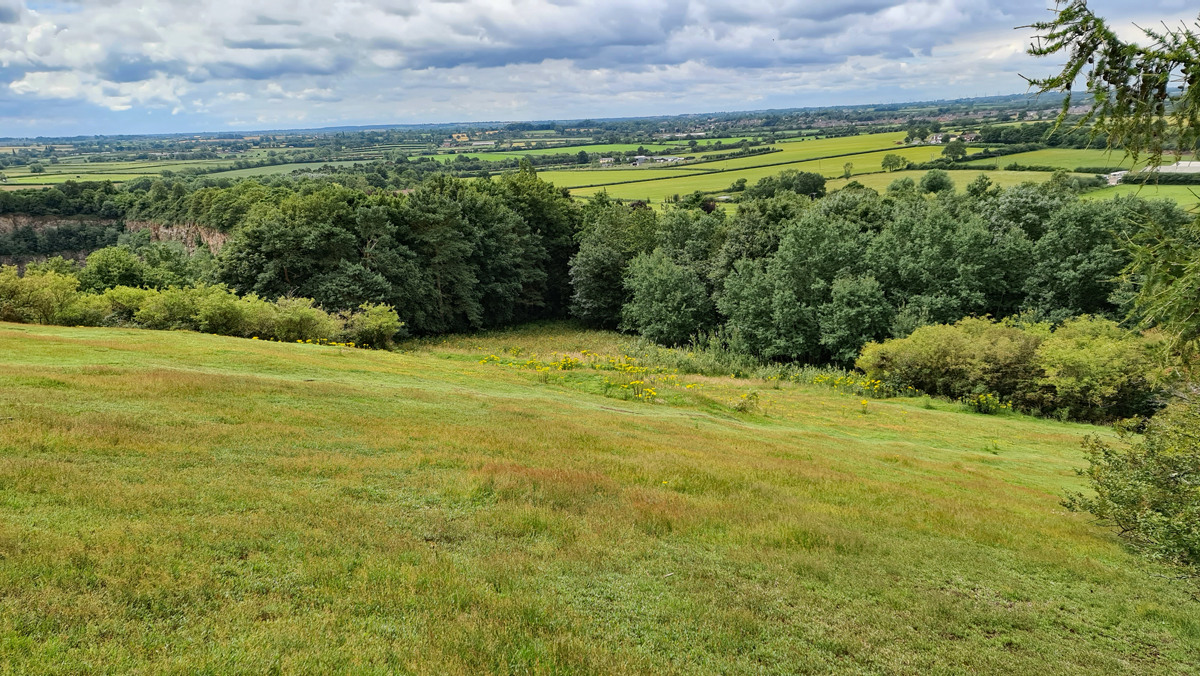 I'd just about decided that it was time to head home when I got news that a Lunar Hornet Moth lure that I'd ordered had arrived, so that prompted a swift but satisfied departure. After a quick cuppa, I headed over to Narborough Bog to give it a go, but it was mid-afternoon by then and whilst still okay the weather was not ideal for clearwing luring. 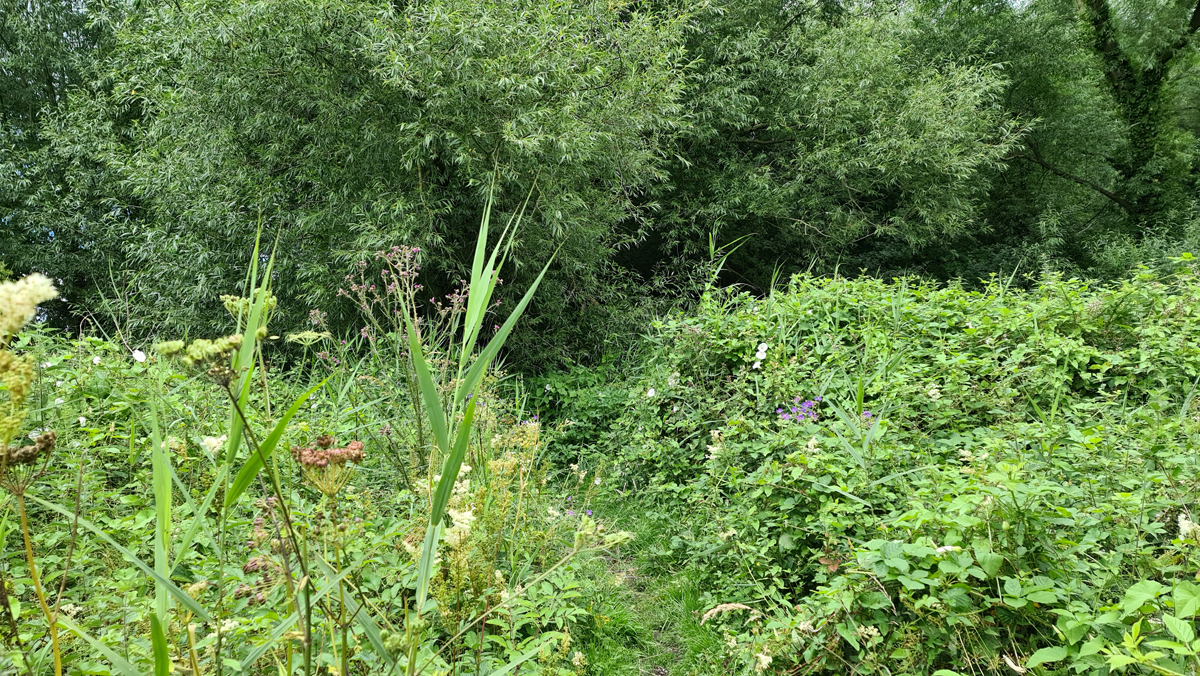 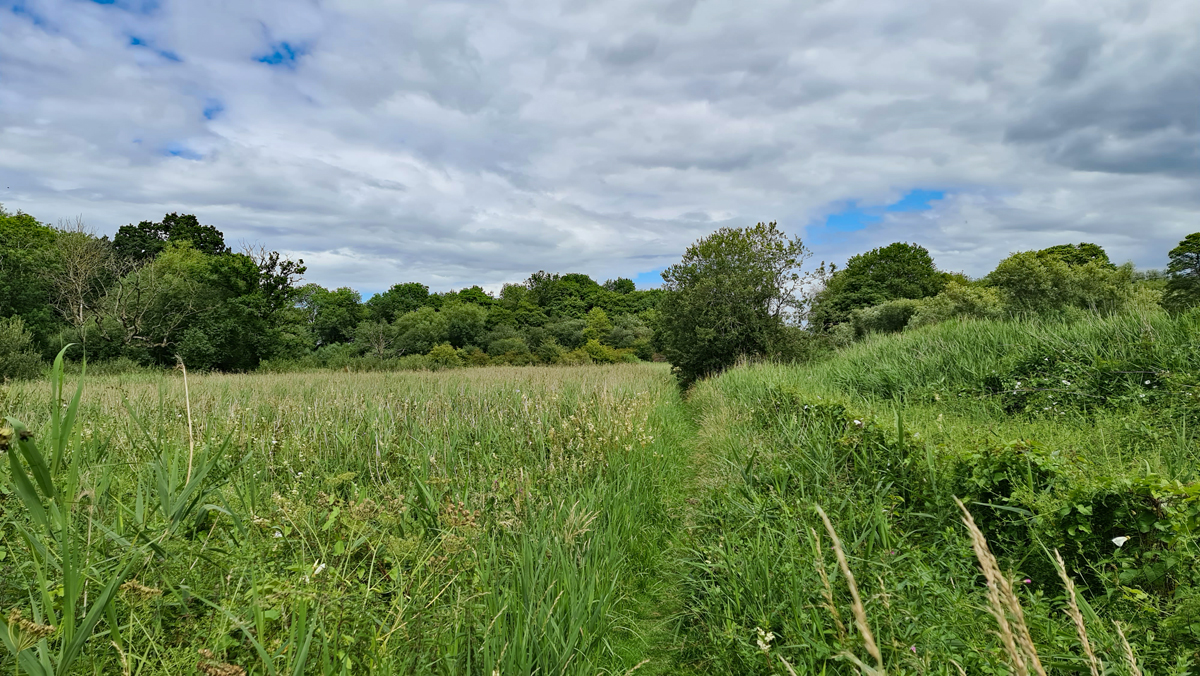 I've not been to the bog for a while, and in summer it is like a jungle. No joy on the first attempts with the lure sadly, but again whilst out I managed to pot up a few inverts and collect yet more galls and mines.

Walking back to the car through the damp shady woodland part of the bog, I stopped and knocked off a cramp ball thinking it might hold a couple of Mycetophagus sp. or similar, but instead I was immediately confronted by two huge coleopteran larvae. I'm guess Lesser Stag Beetle but really not sure. 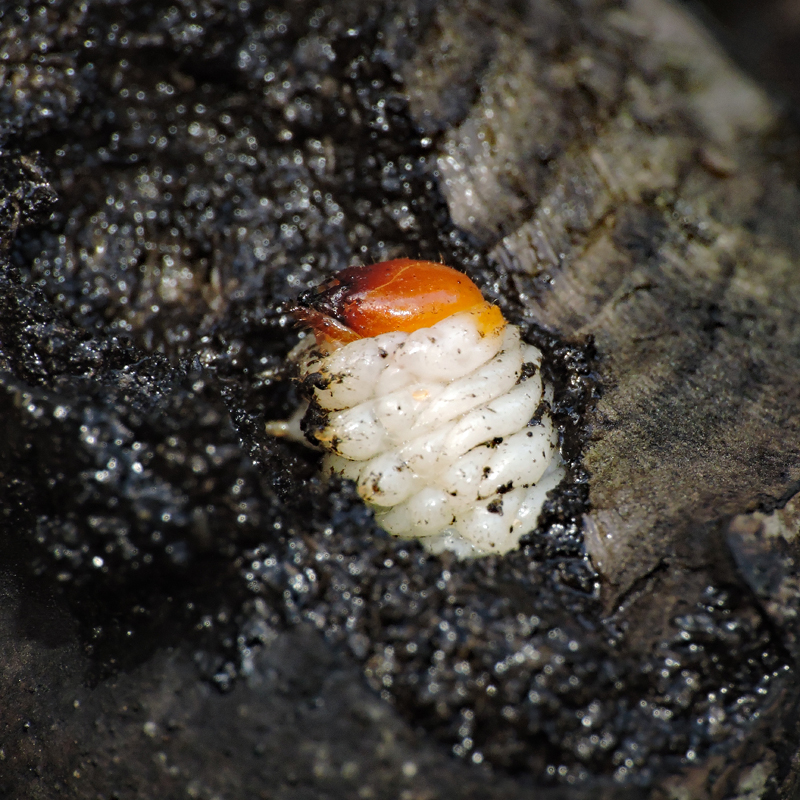 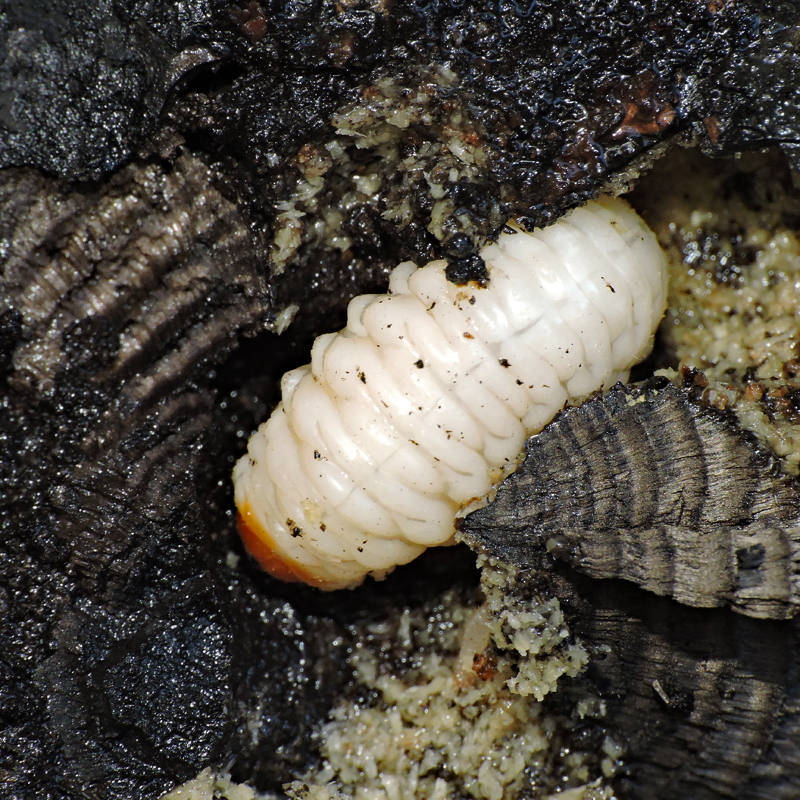 I've now got a fair few bits to pin and work through, plus the gall and mines to sort and photograph, but from what I've already worked out there are a good few new species for me. The moth trap is going out tonight for the first time in a couple of weeks, and tomorrow I am definitely hoping to finally get out and see Purple Emperor. And maybe Lunar Hornet ....

Yes, really chuffed with that - they're a fair size for a solitary wasp too.

No doubt this lot will see you ping in front of me!! I need to get back out there Skev, you are rattling my cage!!

I'm expecting your cage to be forcibly rocking when you see my revised total from Friday's bonanza. Not so much to add today though.