First up, a revelation. Remember the psychid case that I found at Ketton Quarry, and which I then through a process of elimination identified as a Dahlica sp., either lichenella or inconspicuella with all my money going on the latter? Well if I'd placed my bets I would be homeless and pennyless.

When I got home on Saturday I had a quick squint at my various larval rearing tubs as you do, and noticed a number of tiny specks of dust around the psychid case that weren't there in the morning. I feared the worst, and sure enough when getting my eyeglass on them I could see that they were living moving and definitely parthenogenetic larvae. Bugger.

So unless there is suddenly a parthenogenetic form of D. inconspicuella in the UK, then this is in fact Dahlica lichenella. This is not all bad, as although not new for me it is very definitely a new VC55 site and miles away from the other known area. The larvae are now on a lichen/algae covered rock from my garden in a large tub, and they are actively building cases and mooching about which I'll try and capture another day. Here's a couple of rough shots of the very tiny case-less larvae. 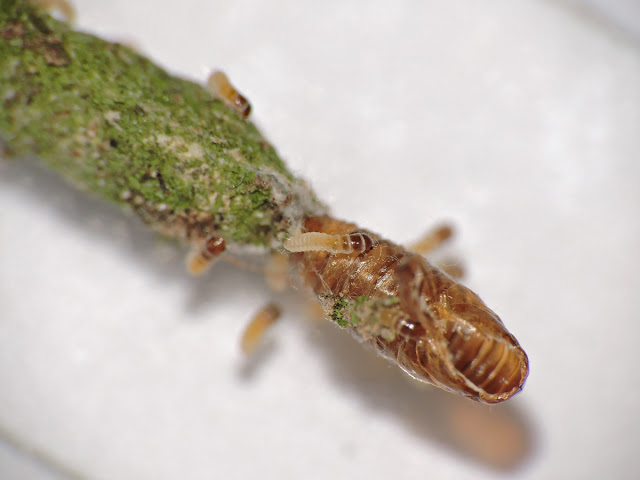 I had the garden trap out last night for the first time in a week or so, and picked up a couple of NFY - Brimstone Moth and Purple Thorn. I tried and failed to get a compliant individual of the former to sit for a photo, and frankly I couldn't be arsed to even try with the latter so just poked my phone camera at it this morning on the egg boxes. 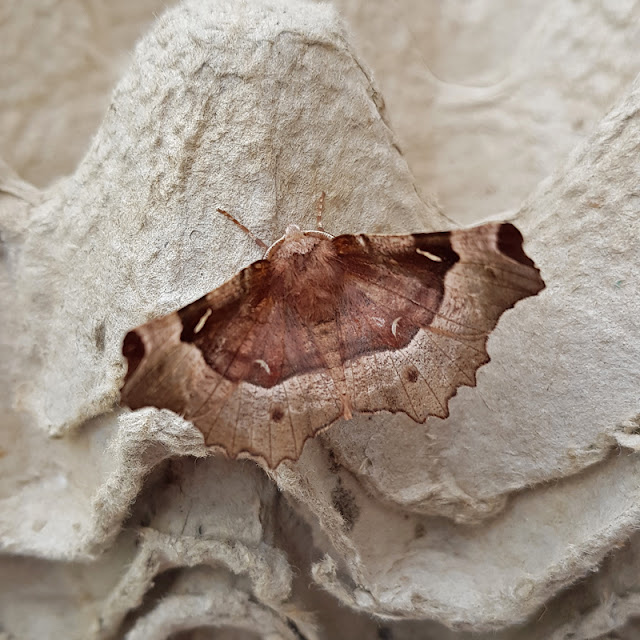 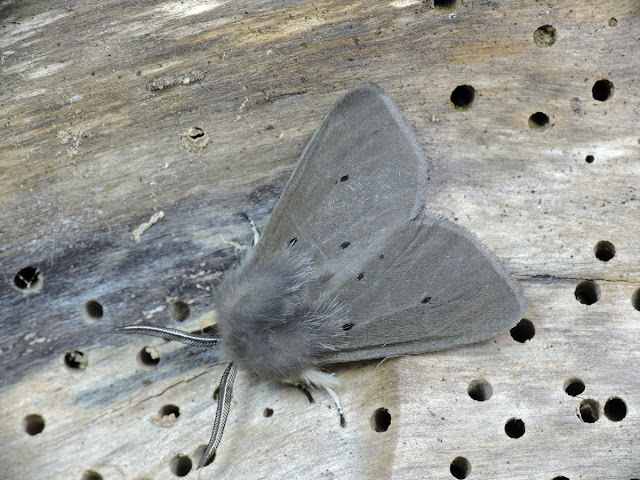 And whilst I'm at it, here's a couple that will need gen det. 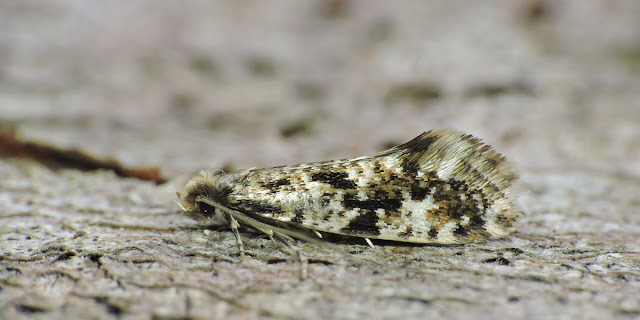 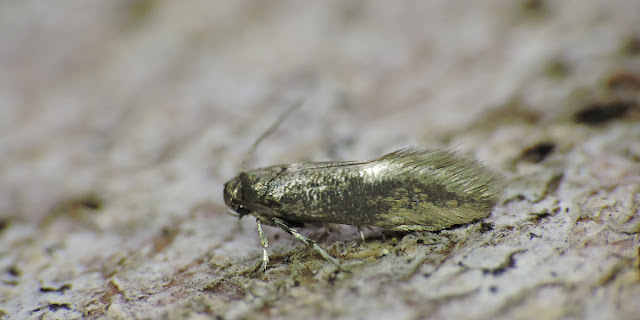