A bit of a catch up before I head off to Devon over the next few days. I was intending to post yesterday but I was too sun, beer and BBQ addled to bother.

On Friday I headed over to what is probably the best bit of woodland we have in VC55, Pickworth Great Wood. It was very warm and the sun was shining constantly, with only the slightest breeze. Perfect conditions.

My only plan was to waft around the Emperor Moth lure again. And yet again, I failed. I've now lost count of the number of sites and attempts I've made with the EMP lure now, and this year it's a new lure so I can't blame that. Maybe I'm not giving it long enough. My frustration was compounded by learning that Adrian Russell had success with his lure at Clipsham Park Wood yesterday, which is close enough to PGW that it really should be there too. 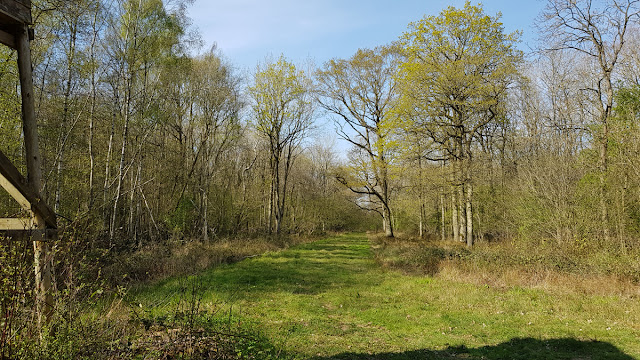 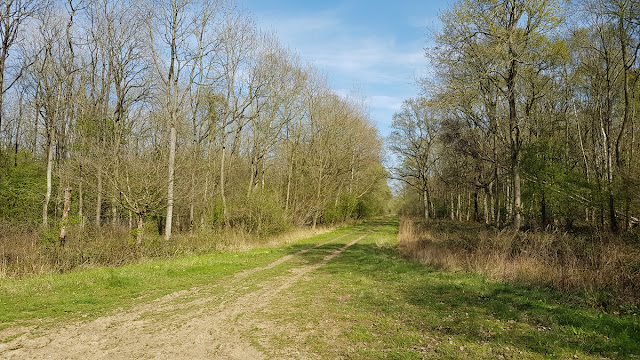 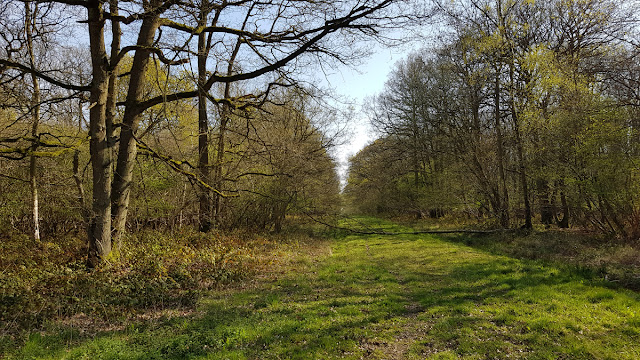 Whilst stood here taking these snaps, I noticed a moth flittering about on the ground. A quick swish of the net and I had it contained and transferred it to a pot. It was one of the orange underwings, and given that it had been recorded and photographed here in late March I assumed it was Orange Underwing. However there is both birch and aspen at this woodland, and it is now mid-April after a cool spell earlier in the month. I decided to try and get shots of the hindwing to check later just in case, and I also got a shot of the moth on the ground before it escaped. I noticed it wasn't quite as well marked as I usually see them at Kinchley Lane, but put it down to wear. However checking the photos and comparing to various on-line resources and books I have just about convinced myself that this is actually a female Light Orange Underwing. 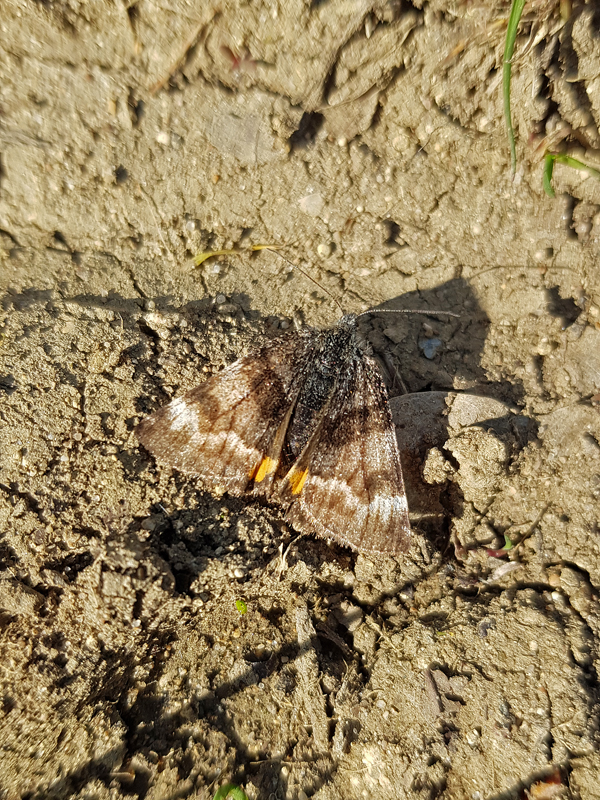 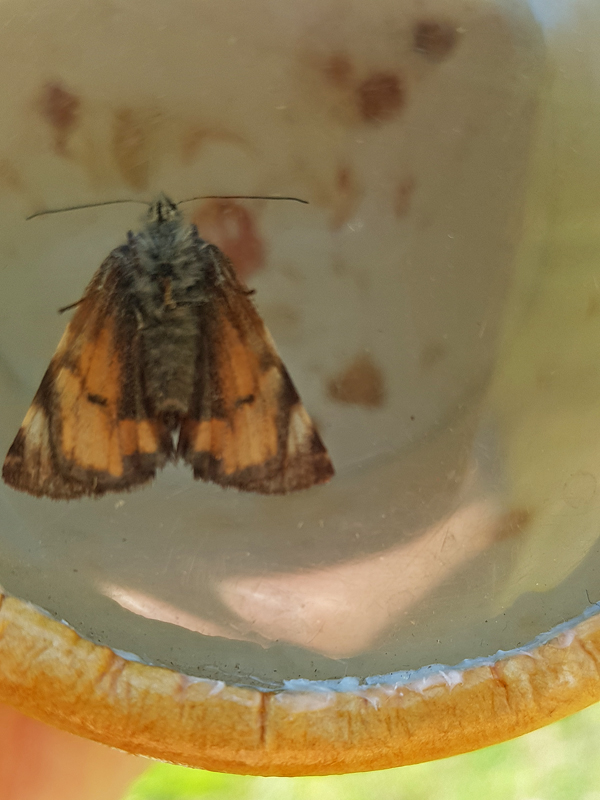 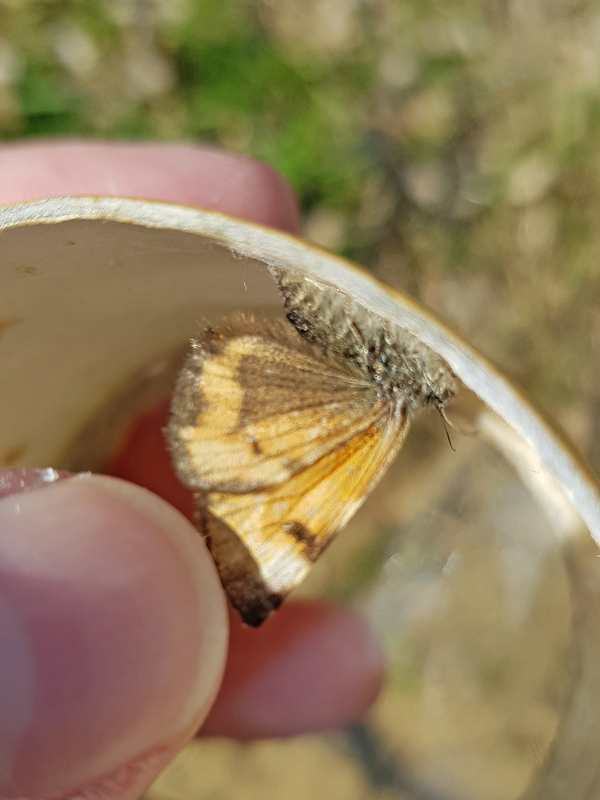 The key is that the dark outer marginal band on the hindwing is unbroken. On Orange Underwing this has an orange block breaking the band. As I walked along the main track I saw at least ten more, though most were fleeting views as they flew up from the ground and no others were netted.

Here are three views from the main intersection in the rides at SK9805814817. 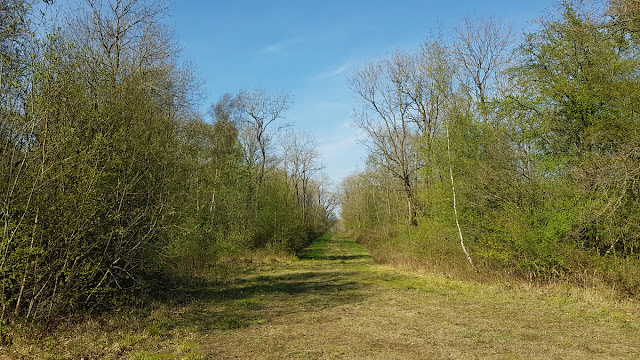 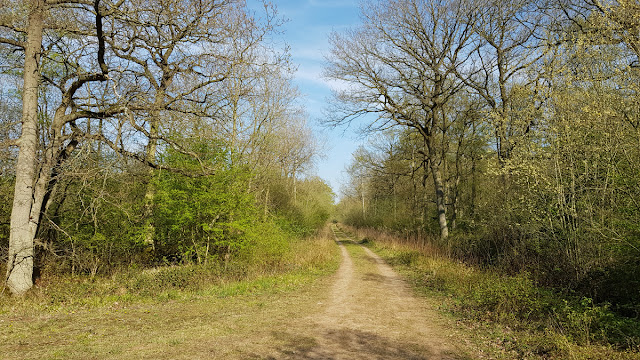 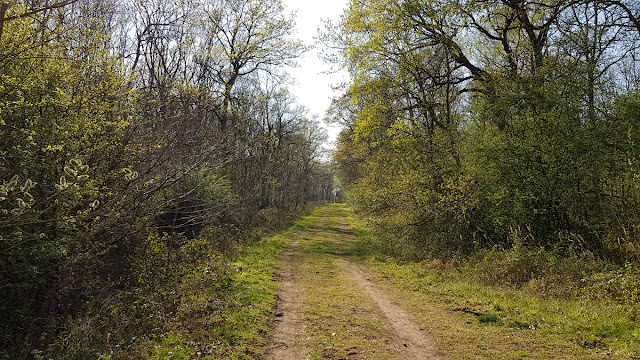 Whilst walking around, there was plenty of birdsong though the main ornithological interest was Ravens cronking overhead, Buzzards mewing and Great Spotted Woodpeckers drumming. There were a few inverts to keep me entertained too, including these: 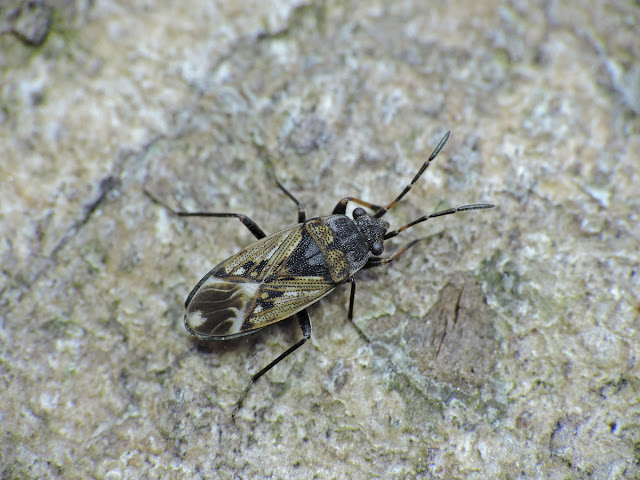 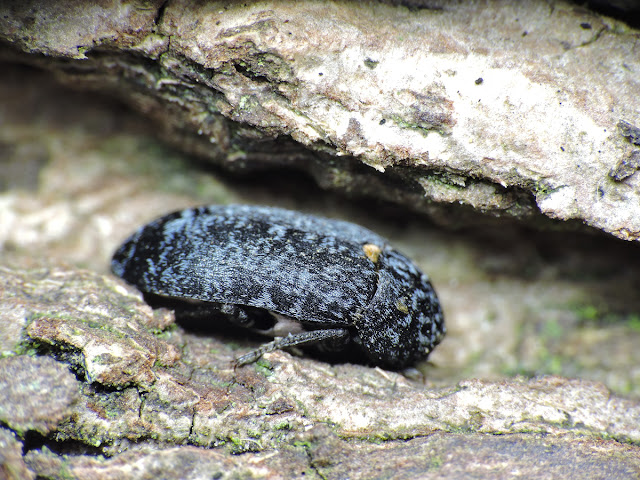 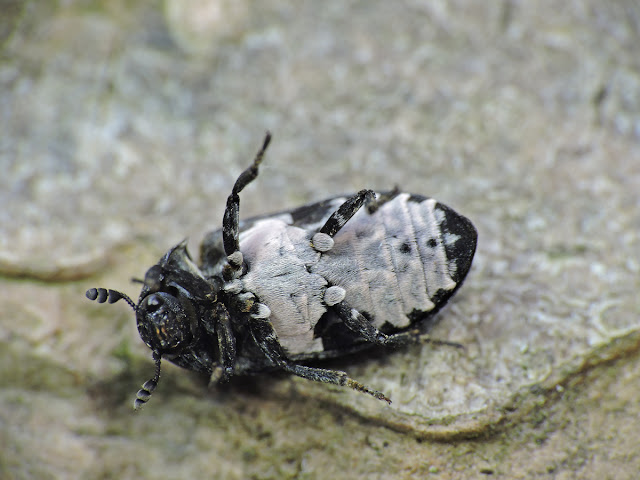 Dermestes murinus - funky both ways up 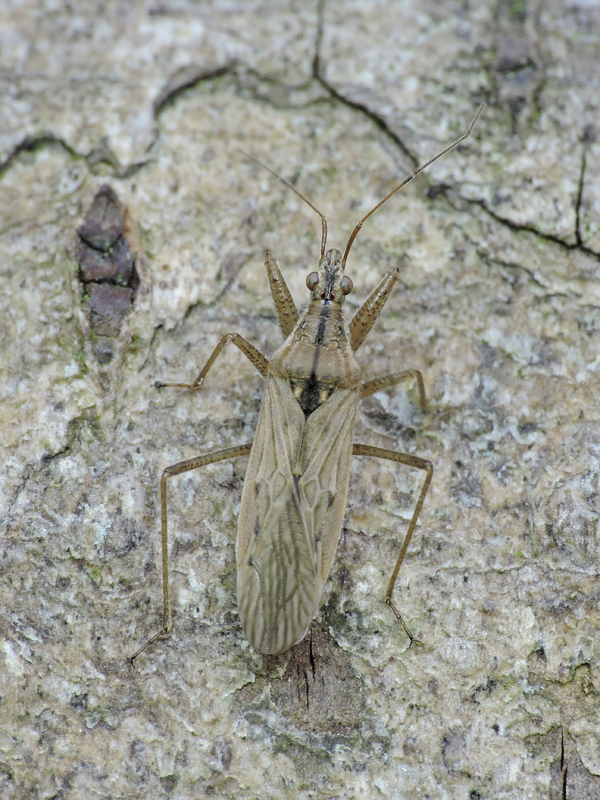 
The garden has been providing a few bits as well. This one literally landed on my neck whilst out there in the sunshine. I felt the movement and plucked it off, saw it was a small beetle and potted it for checking. Turned out to be a new one for me. 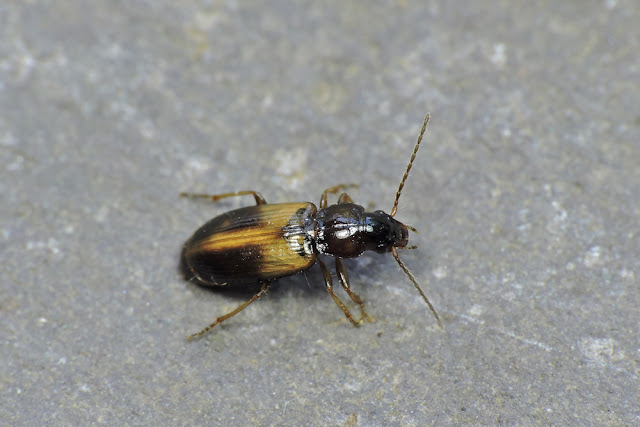 This one was nestled up on an eggtray in the moth trap, which is a garden tick. 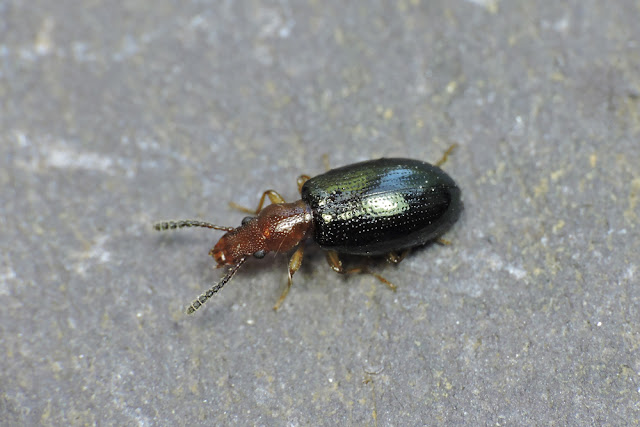 
Otherwise there have been a few more NFY moths turning up. 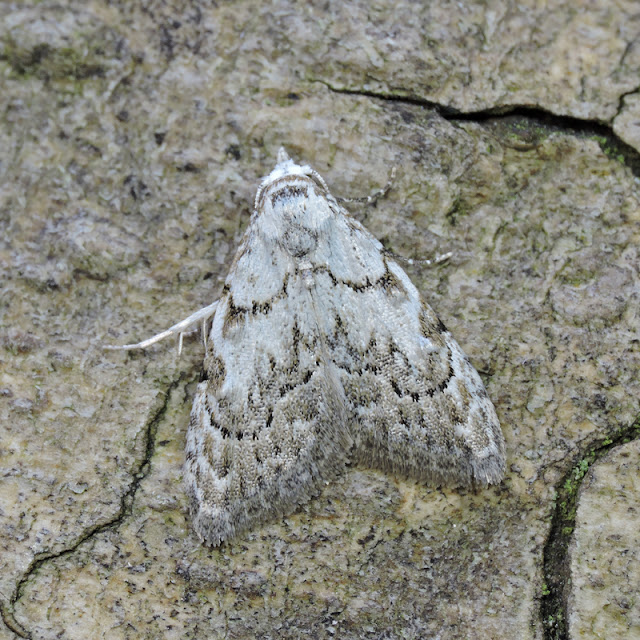 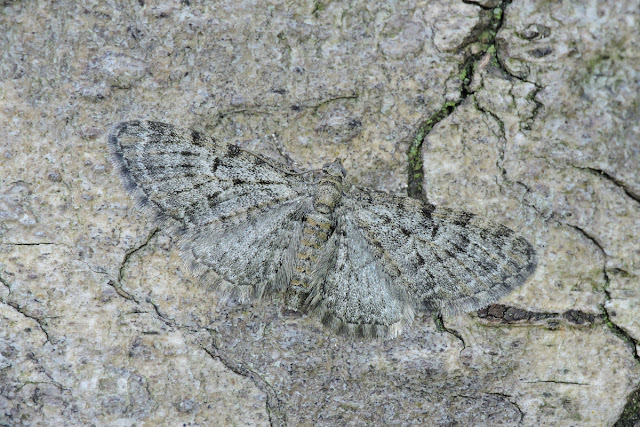