When Will I See You Again .... Beautiful Snout

One of the occasional threads on here has been 'Overdue', whereby I feature a moth species that has not appeared in the garden for 10+ years. Trouble is I've realised that I am running out of posts for that thread for two reasons. Firstly, now the blog is a good few years old photos of some of the overdue species have already been used on here and I don't want to duplicate, and secondly there are a number of species that for some reason or other I don't have a photo of.

So in another desperate attempt to get value out of my back catalogue I'm launching another thread. This time though, I will not be focussing just on the garden or necessarily just on moths. I'll focus on anything that I have a photo of that is worth airing on here for the first time. First up will be a moth though, and in VC55 terms it's still a good one.

Back on 19/06/2002 I was absolutely surprised and delighted to find a Beautiful Snout in one of my traps at Gisborne's Gorse in Charnwood Lodge during a group session, albeit a knackered individual. This was the first record for the VC since the Victoria County History for Leicestershire was published in 1907, and that is bascially just a list of species apparently recorded in Leics with no dates. There were no further records until I got another in virtually the same spot on 09/06/2006 on another group session. I've not seen one since then, but there have been three other VC55 records. There are a couple of odd records of singles well away from habitat with billberry, at Eyebrook Reservoir on 27/06/2008 and at Barrowden on 27/06/2015, and the last record to date was of two again at Gisborne's Gorse on 26/05/2017.

This is a cracking looking moth, and it's one that I'd be very pleased to see anywhere again - particularly if a nice dark fresh individual. 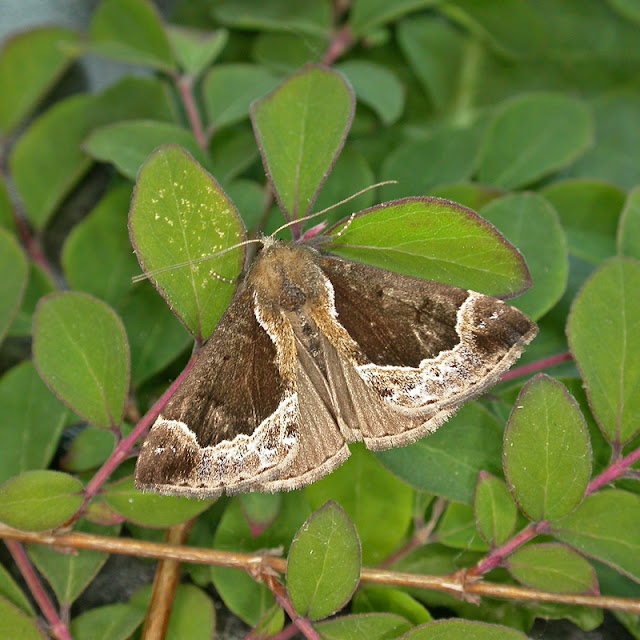 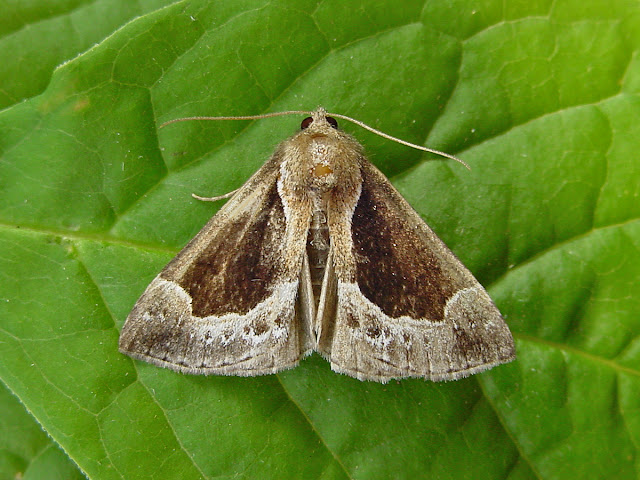